Accessibility links
Review: 'Reverie,' By Ryan La Sala Ryan LaSala's new novel imagines a world where people get swept up in dangerous, all-encompassing dreams — and only a damaged, anmesiac kid and his friends have the power to fight them.

'Reverie' Dreams Outside The Box

'Reverie' Dreams Outside The Box 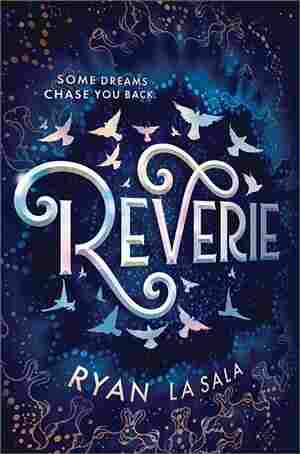 Kane Montgomery is in trouble. He had some sort of car accident that wiped out both an old derelict building and his memory of the crash, and now the police are asking questions and his family — especially his sister, Sophia — want information he can't quite piece together. Even the charismatic doctor that he assumed was assigned to his case by the police is an enigma. Are they a therapist? A detective? A drag queen?

The one thing that Kane is certain of is that aside from Sophia — who he wants to keep out of all of this — he's totally alone. He's a troubled, gay teen who crashed a car and ended up in a river and doesn't have any friends to turn to for help. That's the sad truth.

As Kane begins to investigate the holes in his memory, he realizes that the gaps are much bigger than he thought. The history of entire friendships has vanished from his mind, but the friends themselves are still there: Ursula, Adeline, and Elliot, who call themselves the Others and want Kane to remember that each of them has superhuman powers, and Kane is their leader. They tell him that they bonded together when all of them were pulled into reveries — subconscious dreams made reality. Together, they wrestle control away from the reverie, break the it apart, and return things to normal. Kane's powers are crucial to this process, as only he has the ability to end a reverie for good.

'Reverie' feels like a dream. People shift from one thing to another, locations switch when you're not looking, and logic and forward momentum take a backseat to the exploration of the subconscious.

Kane isn't certain he can trust them, or anyone else for that matter. But that doesn't really matter once a new reverie hits, sweeping Kane and the Others up into a new, catastrophic dream. Kane must figure out who to rely on if he's going to make it out the other side and piece together all the things he's forgotten. For even if a dream seems harmless on the surface, dark secrets and desires may lurk inside its depths.

Reverie feels like a dream. People shift from one thing to another, locations switch when you're not looking, and logic and forward momentum take a backseat to the exploration of the subconscious. At times, that can make it a little hard to follow the progression of the plot, but if you think about it, dream logic is good logic in a book about fighting dreams.

The elusive nature of the story is also fitting because our point of view character is a boy with severe memory loss. Kane is an unreliable narrator in the most basic sense of the concept. From the start, he knows that there are things he has forgotten, but the depth of what he has lost is shocking both to him and to the reader. Because his is the only point of view we get, we're on uneven ground from the start. Ursula, Adeline, and Sophia are all compelling characters, as is Kane's mysterious love interest, Dean, and I wonder if perhaps in another life, this could have been a true ensemble piece, offering more of them a voice in the story and therefore more reliable threads to follow through the narrative. I think it's possible that an increased sense of grounding might have given the story more balance and made it easier to fully commit to Kane's inner arc — as it is, I found that the dreaminess kept me at a bit of a distance emotionally.

The really brilliant thing about Reverie is the way that it deftly contains every possible kind of young adult novel, mostly by way of the reveries themselves. We bounce from post apocalyptic horror to Victorian romance to futuristic dystopia, with our characters reluctantly taking up their roles as they struggle to dismantle the reverie. There's a flavor for everyone's taste, and each little world is lovingly crafted and realized.

I don't know that I've ever encountered a book quite like Reverie before. It wears its queerness and its narrative weirdness on its sleeve and it paints outside the genre box, even as it gleefully pulls tropes out of that same box and flings them around like confetti. It feels like something fresh and different, and I'll be fascinated to see if it leads the way for a new YA trend. Queer, dream-bending mystery fantasy may well be the next big thing, and I'm here for it!