Accessibility links
FBI Is Investigating Pensacola Shooting As Terrorism The shooter was an officer in Saudi Air Force who was a student at the Naval Air Station Pensacola. The FBI said the Saudi government has pledged its cooperation. 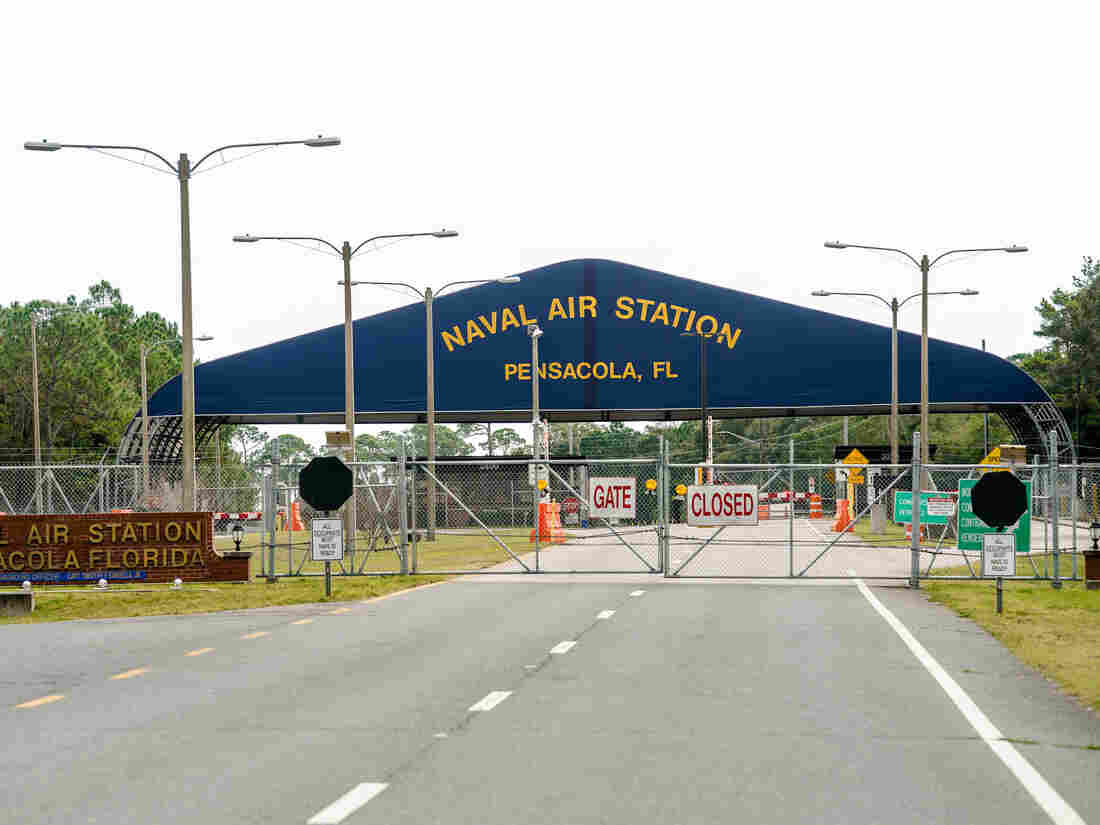 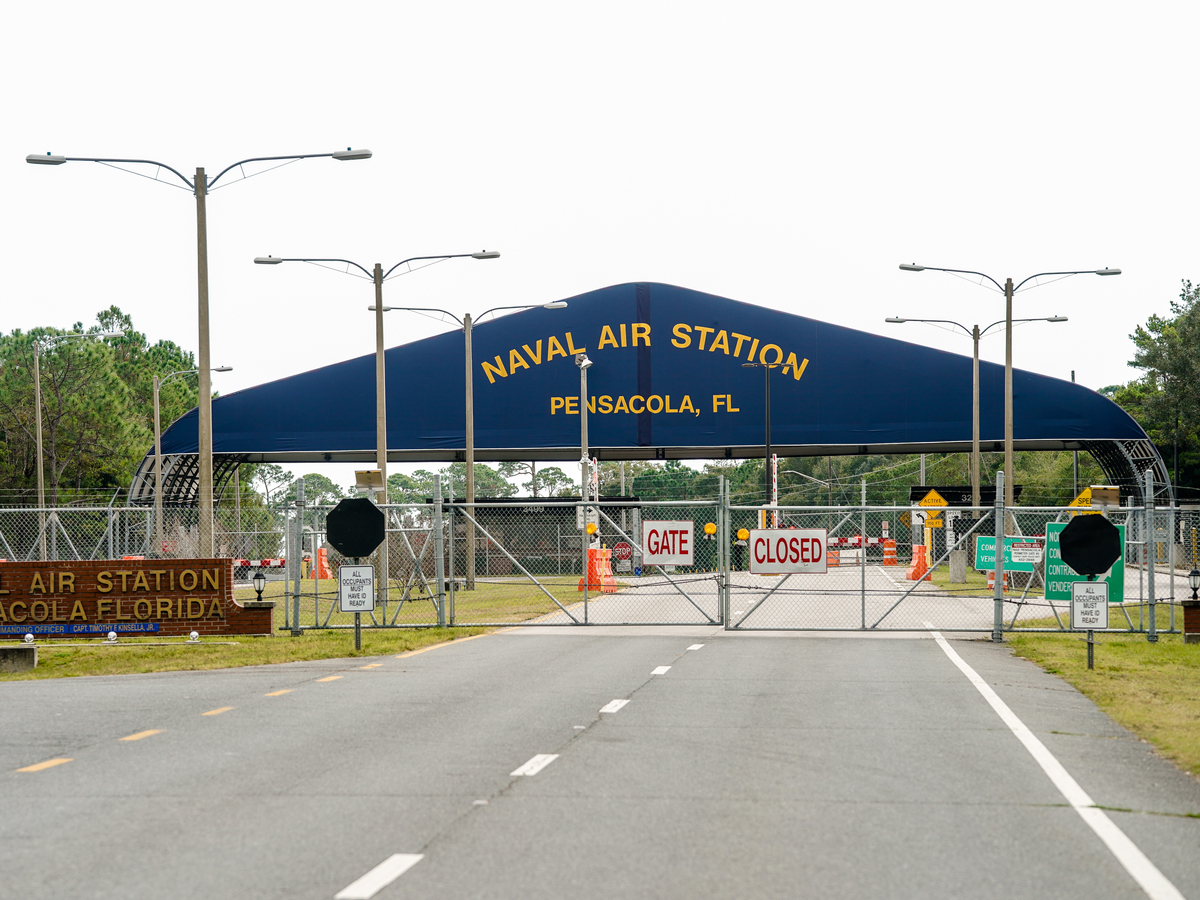 Three sailors were killed and eight injured in a shooting at the Pensacola Naval Air Station on Friday in Florida. The FBI is investigating the attack as an act of terrorism.

The FBI is investigating the shooting at Naval Air Station Pensacola on Friday as an act of terror.

Rachel Rojas, the special agent in charge of the FBI's Jacksonville Field Office, said in a news briefing Sunday that investigators are working with "the presumption that this was an act of terrorism."

Doing so, she said, "allows us to take advantage of investigative techniques that can help us more quickly identify and then eliminate any additional threats to the rest of our community."

There is currently no evidence of such a threat, she added.

On Saturday, the FBI identified the shooter as Mohammed Alshamrani, a 21-year-old second lieutenant in the Royal Saudi Air Force. He was a student naval flight officer of Naval Aviation Schools Command.

The air station in Pensacola is a training ground for students from various branches of the U.S. military, along with personnel from U.S. allies abroad.

Rojas said that a number of Saudi students at the Florida air station had been close to the shooter and were cooperating with the investigation.

"Their Saudi commanding offer has restricted them to base, and the Saudi government has pledged to fully cooperate with our investigation," she said. "I thank the Kingdom for their pledge of full and complete cooperation."

Rojas would not confirm reports that the shooter showed videos of mass shootings at a dinner party the night before the attack, and had posted tweets shortly before the shooting in which he called the U.S. "evil" and quoted Osama bin Laden.

The FBI identified the weapon used in the shooting as a Glock 45 9mm pistol that had been purchased legally.

Three sailors were killed on Friday in the shooting, and eight others were injured. The deceased were identified on Saturday as Ensign Joshua Kaleb Watson, 23, from Coffee Ala.; Airman Mohammed Sameh Haitham, 19, from St. Petersburg, Fla.; and Airman Apprentice Cameron Scott Walters, 21, from Richmond Hill, Ga.

The shooter was killed by Escambia County Sheriff's deputies who responded to the report of an attack.