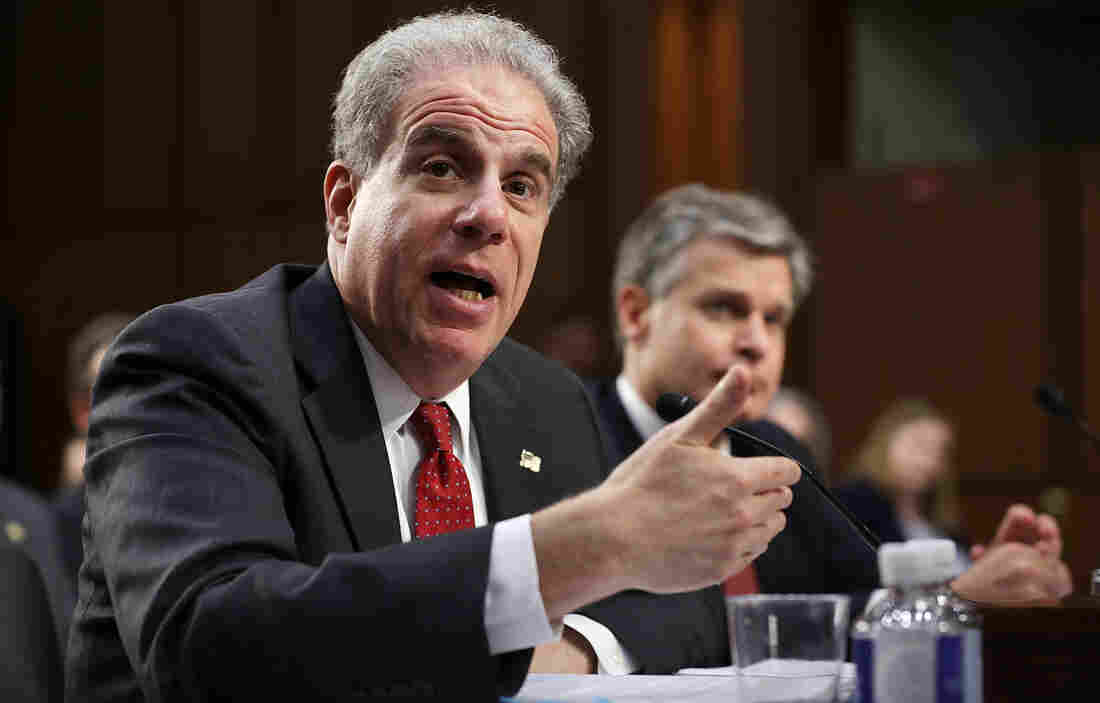 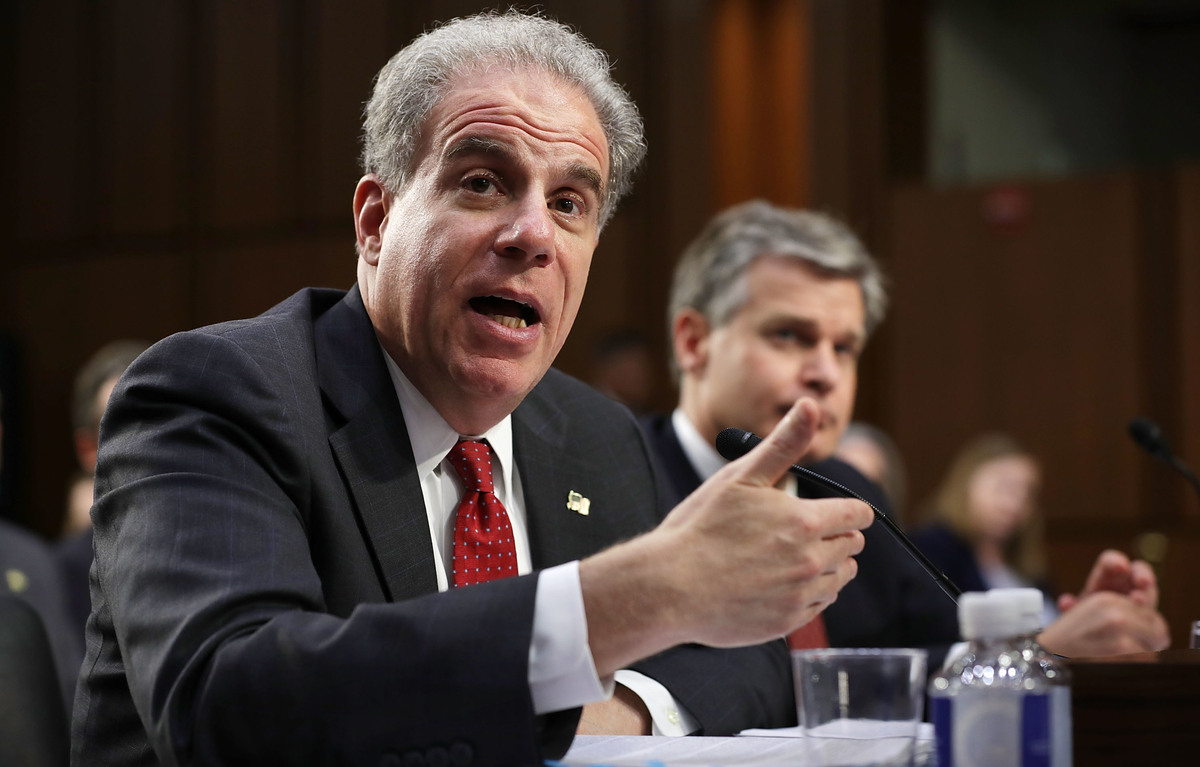 Justice Department Inspector General Michael Horowitz, pictured during a Senate Judiciary hearing in June, has released his office's report on the Russia investigation.

The Justice Department's inspector general released his report on Monday examining authorities' use of their surveillance powers in the Russia investigation.

Inspector General Michael Horowitz has been looking into early phases of the Russia inquiry for several months following questions raised by President Trump, Attorney General William Barr and others about how it was conducted.

Republicans spent months in 2017 and 2018 scourging the Justice Department and the FBI for what they called abuses of power, bias and other problems with the investigation later run by special counsel Robert Mueller.

The special counsel also brought charges against a number of others, including close aides of Trump, and documented a number of contacts between Trump's camp and Russians in 2016.

But the special counsel concluded that the evidence did not establish a criminal conspiracy and also did not attempt to bring charges based on evidence that Democrats say amounts to obstruction of justice by Trump.

Republicans viewed Mueller's report as a vindication and have since sought ammunition to further criticize the Justice Department, which created high expectations for Horowitz's findings.