Accessibility links
With Paris Peace Talks, Putin And Zelenskiy Meet For First Time More than 13,000 people have been killed in the Russian insurgency since it began five years ago. The Ukrainian president entered the talks in a tricky position, wanting peace but lacking leverage. 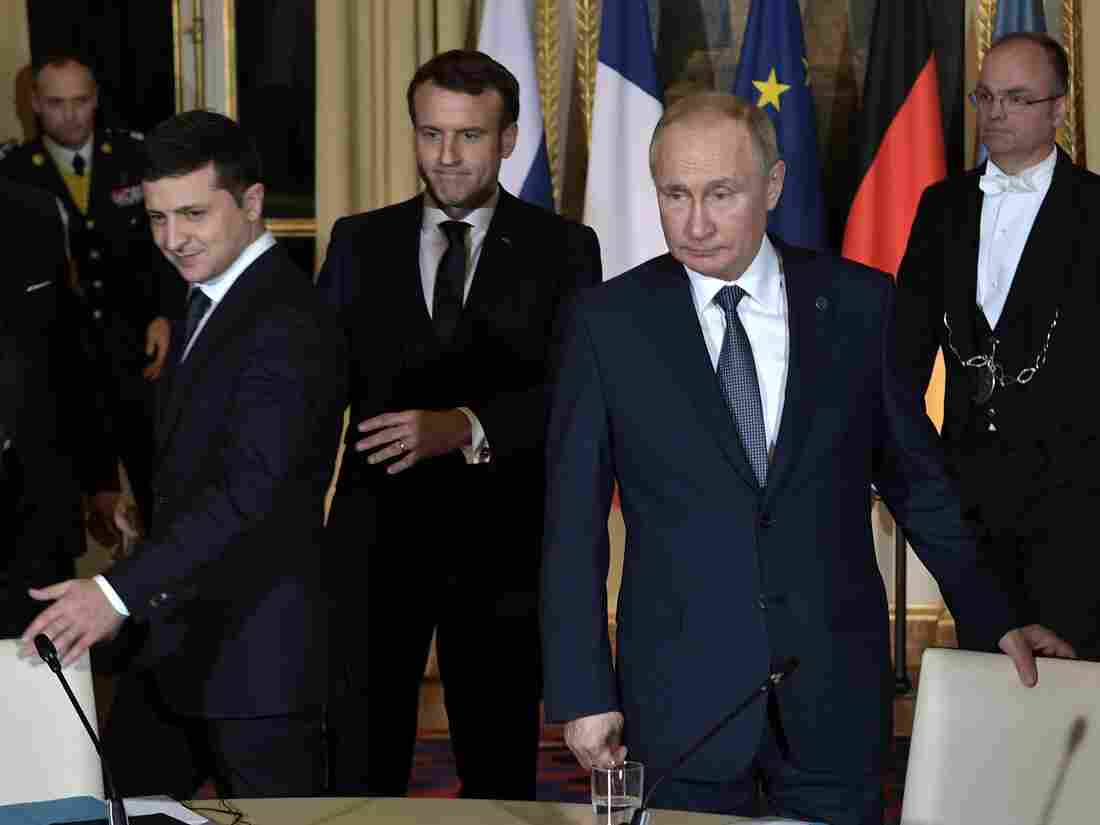 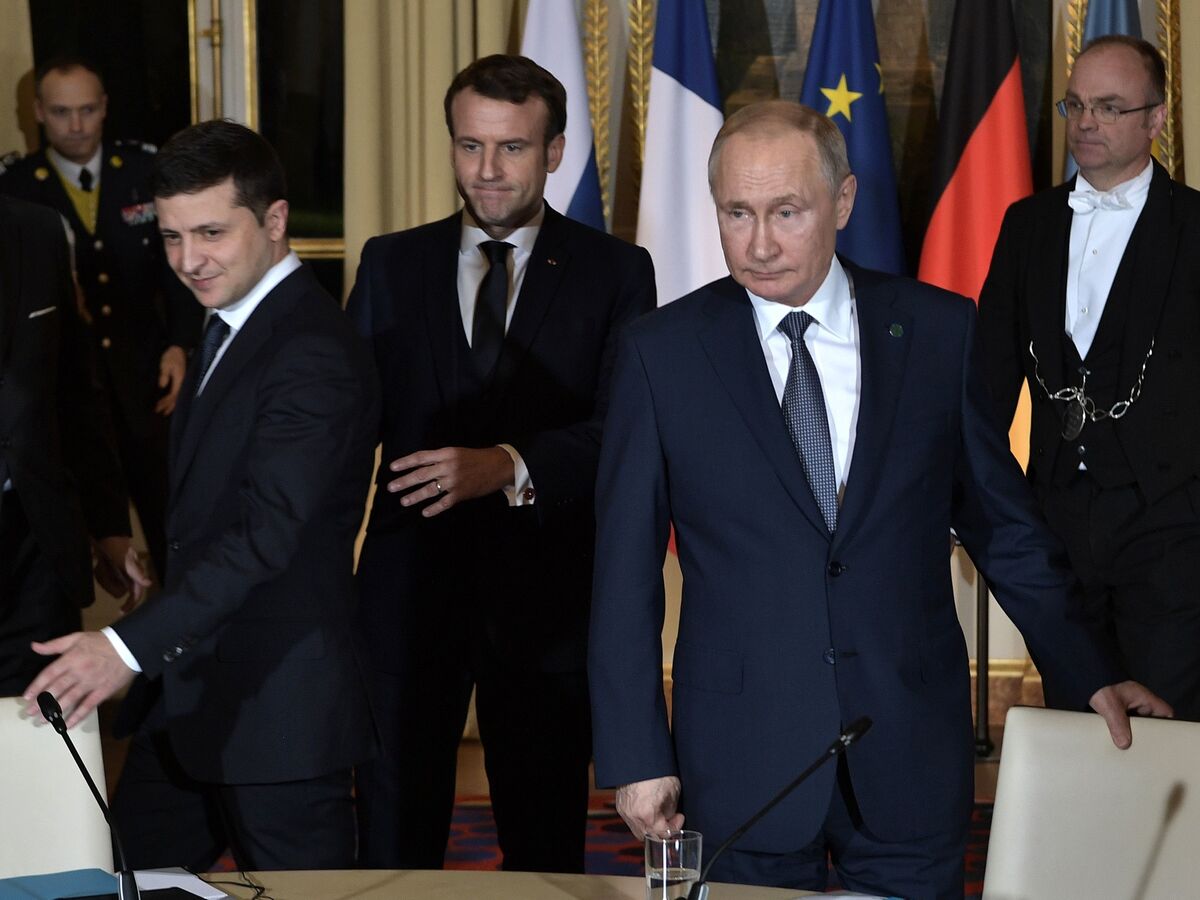 Ukrainian President Volodymyr Zelenskiy, French President Emmanuel Macron and Russian President Vladimir Putin arrive for a meeting on Ukraine with German Chancellor at the Elysee Palace on Monday in Paris.

Russian President Vladimir Putin and Ukrainian President Volodymyr Zelenskiy met for the first time on Monday in Paris, in peace talks meant to resolve the simmering war in eastern Ukraine.

More than 13,000 people have been killed in the Russian insurgency in the region since it began five years ago with Putin's annexation of Crimea.

Among Ukraine's goals are prisoner exchanges, a cease-fire along the front, and Ukrainian control of the eastern border. Russia would like an end to Western sanctions that have led to economic stagnation.

There is public support for peace talks in Ukraine, and Zelenskiy is under significant pressure: as he headed to Paris his opponents rallied in Kyiv, warning him to not capitulate to Putin. And Russia is popular in the eastern portion of the country, especially in the cities Donetsk and Luhansk.

"Some say we can do without such dialogue," Zelenskiy said in a recent video recorded in a gym, as the AP reports. "But it's like running this treadmill — you are doing something, you are losing calories, but you remain in place."

Putin and Zelenskiy were joined by French President Emmanuel Macron and German Chancellor Angela Merkel. Macron has sought to reset relations with Putin after years of sanctions, but that warming has caused concern among the eastern European states of the EU.

The summit is far from an ideal scenario for Zelenskiy, a former comedian without political experience. After coming to office in a landslide, he has been unable to secure a White House meeting with President Trump. He hoped such a meeting would signal U.S. support of Ukraine, but he's now meeting with Putin without it.

Instead, Ukraine has become entangled in Trump's impeachment hearings, following a July phone call in which Trump urged Zelenskiy to investigate political rival Joe Biden, while the White House withheld about $400 million in military aid to Kyiv.

To drive home the power indifference at Monday's meeting, Russian Foreign Minister Lavrov is scheduled to meet in Washington with Secretary of State Mike Pompeo — and possibly with Trump — on Tuesday.

"If Russia doesn't want to agree to a deal, in this case we will be building a wall and life will go on," Ukrainian presidential aide Andriy Yermak said Thursday, according to Reuters. "We will be living unfortunately in a scenario of a frozen conflict."