Accessibility links
Appeals Court Appeared Skeptical In Face Of Emoluments Lawsuit From Democrats The legal challenge is one of a number of court battles aimed at Trump over alleged violations of the emoluments clauses, which ban the president from profiting from foreign governments. 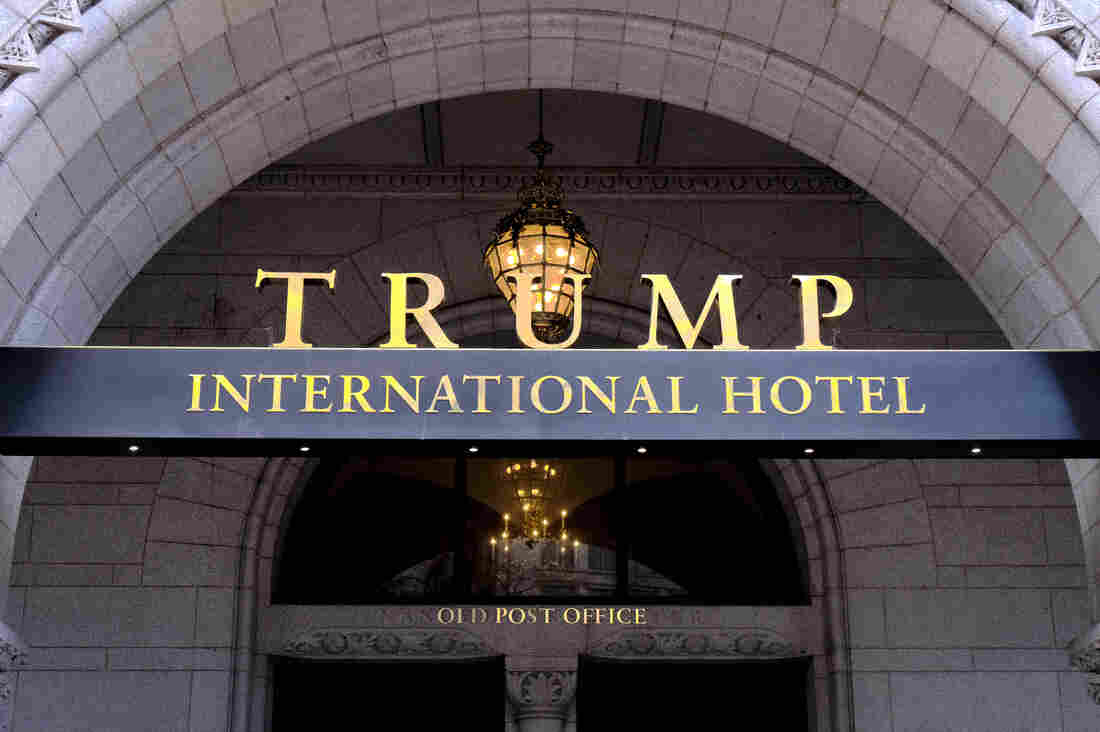 A federal appeals court on Monday heard arguments in a lawsuit filed by more than 200 Democratic lawmakers. The suit claims that President Trump violated the Constitution by not seeking congressional approval for his overseas private business dealings. Mark Tenally/AP hide caption 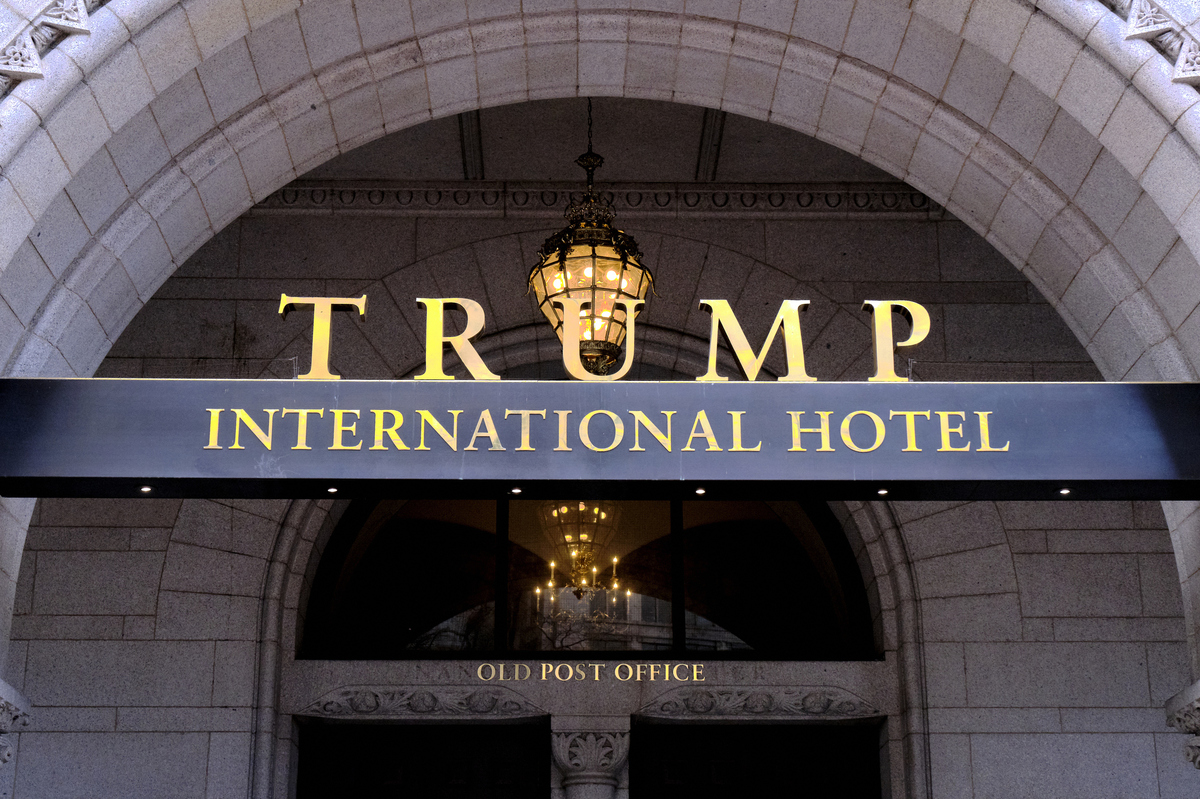 A federal appeals court on Monday heard arguments in a lawsuit filed by more than 200 Democratic lawmakers. The suit claims that President Trump violated the Constitution by not seeking congressional approval for his overseas private business dealings.

A panel of federal appeals judges on Monday appeared skeptical that an anti-corruption lawsuit brought by Democratic lawmakers against President Trump over his business dealings abroad would survive judicial review.

A lawsuit filed by more than 200 Democratic lawmakers scored a legal victory last September when a lower court judge ruled that they have the right to bring their case against the president. Their central argument is that Trump is violating the law by not receiving congressional approval in profiting from businesses abroad. The Justice Department has been fighting the suit.

The legal challenge is one of a number of court battles aimed at Trump over alleged violations of the Constitution's emoluments clauses, which ban the president from taking gifts or payments from foreign and state governments.

But the three-judge panel of the U.S. Court of Appeals for the D.C. Circuit did not delve deeply into whether the president was illegally profiting from his overseas business. Instead, the judges questioned whether individual members of Congress have the right to sue, also known as legal standing.

Citing a recent Supreme Court decision in which the court dismissed a case because of a similar standing problem, Judge David Tatel echoed the concern.

"What that says to me is that individual members of a legislature cannot sue to represent the interests of the legislature as a whole," Tatel said. "You're not here representing Congress, so you can't protect the institutional interests of Congress."

But Elizabeth Wydra, a lawyer for the Democrats, insisted that lawmakers can sue individually over Trump not receiving the blessing of Congress in his foreign business practices. She said the obscure anti-corruption provision of the Constitution was written to prevent presidents from having foreign governments patronizing an official's business to establish good standing with an American president. Congress, she said, is legally required to sign off on such business arrangements.

"At the time of the founding, this was incredibly important. The person who wants to accept foreign rewards lay them before Congress, ensure that there is accountability and transparency and thus remove in many ways the potential for foreign corruption," Wydra said. "Here we have the very unique situation of the president accepting foreign emoluments."

Mooppan said if Congress wants to force Trump to come before them about his business affairs abroad, they could pass a new law.

"If Congress as a whole actually agreed with them that it is a problem for someone who is covered by the Emoluments Clause to have a business where foreign governments are patronizing it, they can pass it," Mooppan said.

While the judges seemed incredulous that the Democrats' case had the right to move forward, Tatel said he was troubled by the Justice Department's position that Congress would have to pass a new law to sanction the president for not receiving lawmakers' approval of private business perks.

"Congress has no remedy, correct? Other than, I suppose, impeachment, right?" said Tatel.

Mooppan did not take a stance on whether impeachment is the right response if lawmakers think the clause was being violated.

After the hearing, Sen. Richard Blumenthal, D-Conn., who is the lead plaintiff in the lawsuit, said he believes Trump's alleged business conflicts of interest is grounds for impeachment. But he would not comment on indications from House Democrats that such allegations will not be included in articles of impeachment expected to be filed sometime this month.

Despite the questions about legal standing, Blumenthal said he is hopeful the appeals court will issue a ruling making it clear that Trump is violating the Constitution.

"He cannot continue accepting payments and benefits at the hotels and the condominiums and the rental properties and permits and trademarks all around the world unless you come to Congress for consent," Blumenthal said. "There is no reason Congress has to pass a bunch more statutes when the highest law in the land always bars this corruption."

Trump weighed in on the emoluments issue after an outcry forced his administration to drop an initial plan to have his Doral golf resort near Miami host foreign leaders for the G-7 summit.

"You people with this phony Emoluments Clause," Trump told reporters in October.

A ruling in the Democrats' case is expected in the coming months.

An appeals court in Richmond is set to take up a separate emoluments challenge against Trump on Thursday.