Accessibility links
'Parasite' Director Bong Joon-ho 'Wanted To Reflect The Truth Of Current Times' The South Korean director is best known for socially conscious horror movies, such as The Host, Snowpiercer and Okja. His latest, Parasite, was just nominated for three Golden Globes. 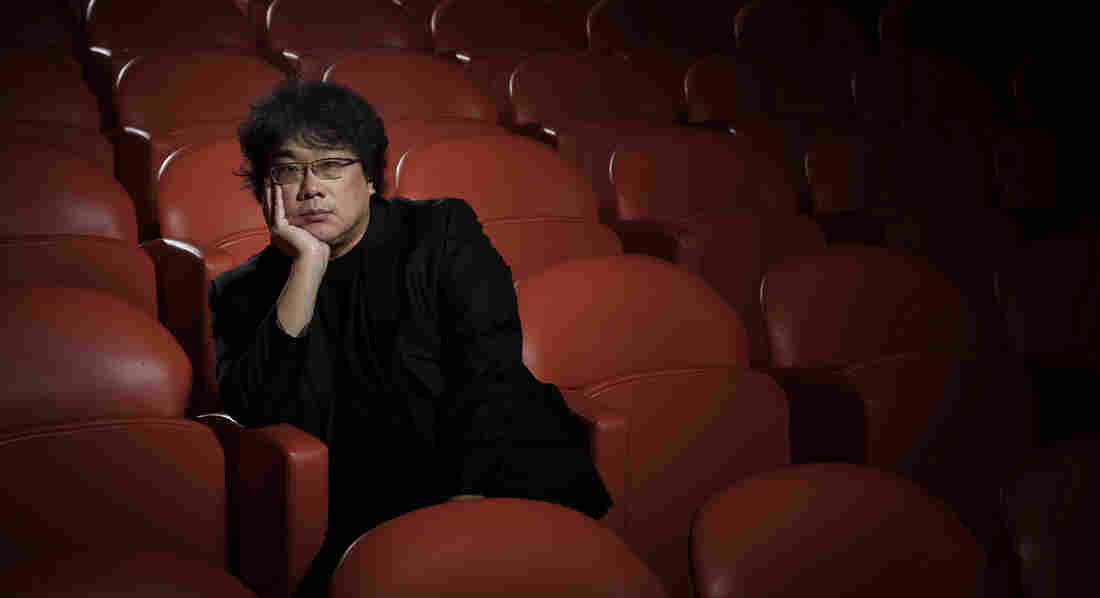 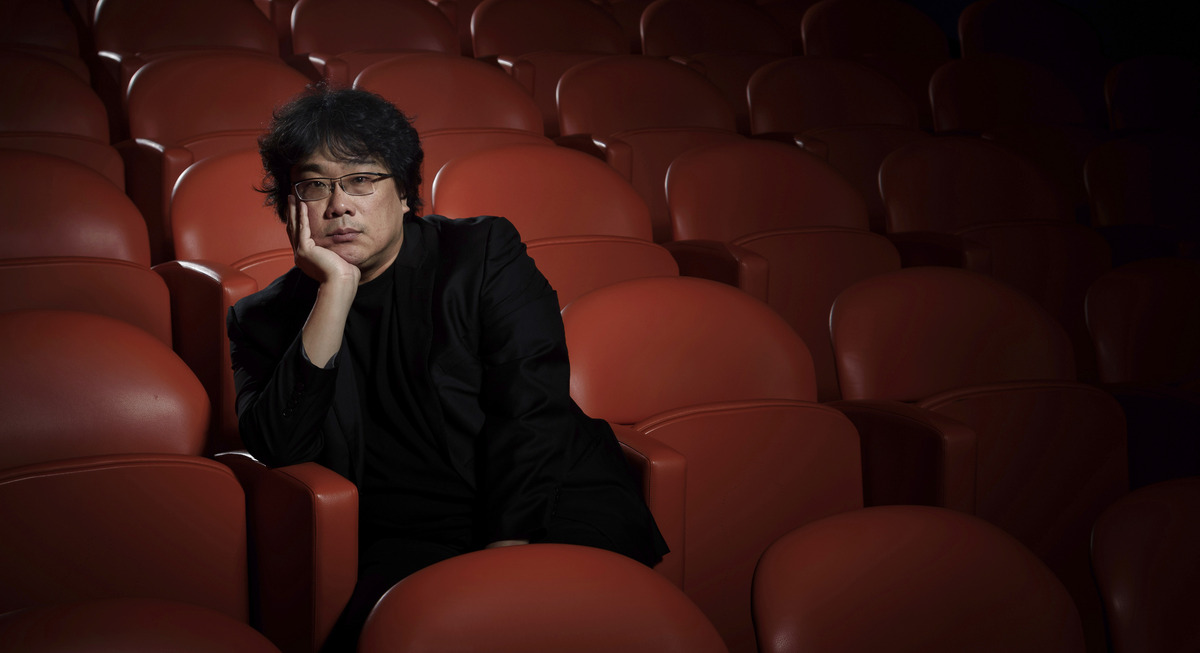 South Korean filmmaker Bong Joon-ho is known for socially conscious horror movies, such as The Host, Snowpiercer and Okja. His latest, Parasite, was just nominated for three Golden Globes.

For the first time, a director from South Korea have been nominated for a Golden Globe award – the latest in an ongoing flurry of accolades for Bong Joon-ho and his dark social satire, Parasite. The film's already won the Palme d'Or, a New York Film Critics Circle Award, and it was named the year's best film by the Los Angeles Film Critics Association. Now, speculation's flying as to whether Parasite could be the first-ever foreign language film to win a Best Picture Oscar.

All this buzz doesn't happen on its own. The famously charming director – and his translator Sharon Choi – went on a protracted publicity push in Los Angeles last autumn, logging hundreds of interviews over a period of a week. By the time they talked with NPR, they were clearly a little slaphappy.

"So with this interview, he wants to try not using any of the words he's been using so far," Choi laughed. Those words, Bong offered in English, include "class," "class warfare," "next project" and "Harvey Weinstein."

Bong famously clashed with the disgraced producer when The Weinstein Company distributed his 2013 movie Snowpiercer. These days, Bong said firmly of Weinstein, "I've forgotten everything about him."

No such amnesia applied when it came to the filmmaker's own artistic influences. As it happens, the international success of Parasite coincides with the centennial of Korean film, a history that began with the 1919 movie Fight for Justice.

"Time piles on and now we've reached the 100th anniversary," Bong mused in Korean as Choi translates. "Compared to Japanese or Hong Kong film, the history of Korean cinema is relatively lesser known to American and European audiences. I hope, due to the opportunities that have arisen from Parasite, people will realize that Korean cinema has also had a lot of masters."

When asked to share a few of these masters, Bong was pleased. He switched back to English. "I will introduce two films that are very accessible and easy to watch," he said, and offered his recommendations for The Housemaid, directed by Kim Ki-Young, and Secret Sunshine, directed by Lee Chang Dong.

In 'Snowpiercer,' A Never-Ending Train Ride And A Society Badly Off Track

The Housemaid, from 1960, can be watched for free in its entirety on YouTube – the version gorgeously restored in 2008 by the Korean Film Archive. Bong talks about the movie on the 2013 Criterion Collection edition of the 1960 film.

He told NPR that Parasite is intended, in ways, as a Housemaid homage. "Parasite is something similar," he acknowledged.

Both films can be described as "domestic Gothic," says Grady Hendrix, co-founder of the New York Asian Film Festival. Hendrix points out that the plots of both Parasite and The Housemaid concern an upwardly mobile family whose stability is threatened by an interloper (or interlopers) arriving in the form of household help.

In The Housemaid, Hendrix says, "She's this disruptive influence who's poisoning people with rat poison and having an affair with the husband and killing the kids. It's this real Gothic nightmare, and it spawned several remakes. It was a big hit at the time — an enormously influential Korean movie."

Secret Sunshine, Bong's second film recommendation, stars two of the main actors who also appear in Parasite. Directed in 2007 by Lee Chang Dong, Secret Sunshine is about a widow's grief. As with Parasite, there's a shocking twist. One thing all of these movies have in common, says Hendrix, is that they address the fragilities of what viewers in the U.S. would call the American Dream.

"It's this real sense that the ice is very, very thin," he says. Bong says Parasite was intended to be bittersweet.

So he's made a domestic Gothic drama – complete with scheming maids, people locked in basements, and a bloody birthday party – for the whole world.