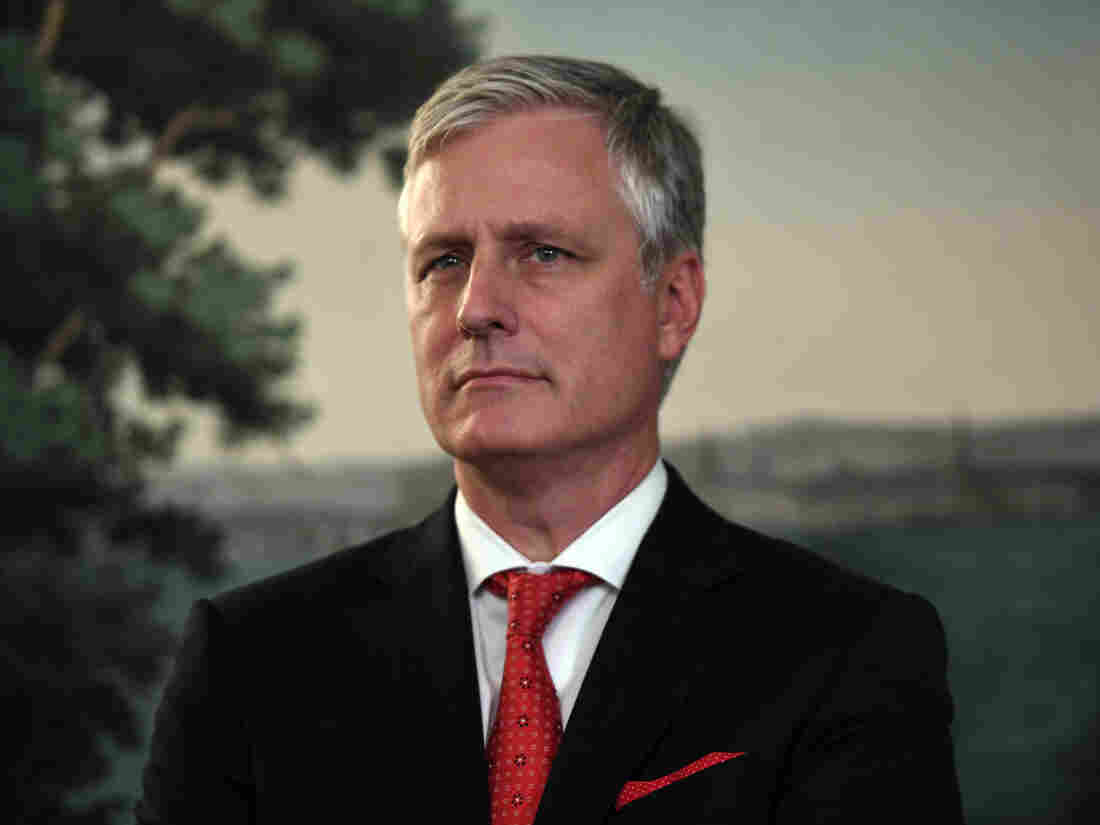 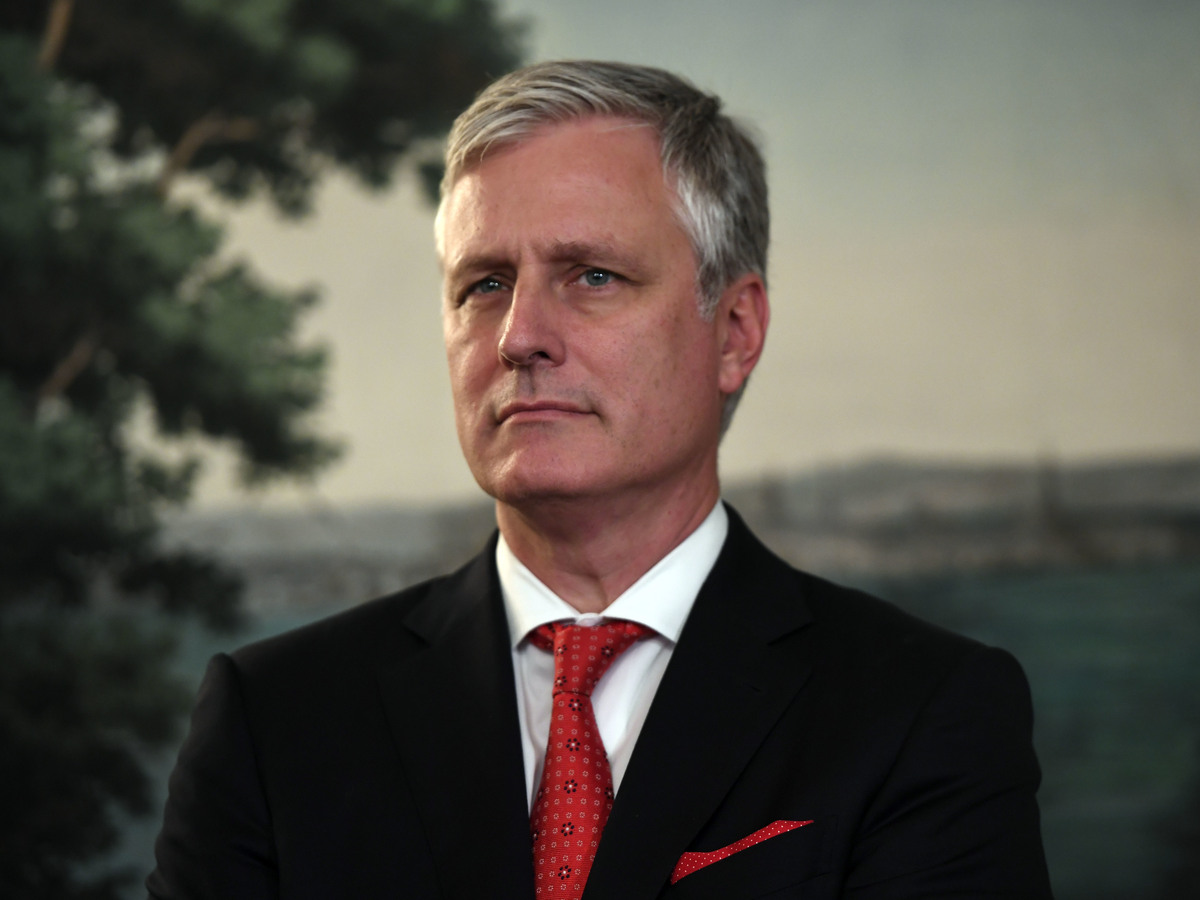 Robert O'Brien said countries that allow Huawei in could give China's communist government backdoor access to their citizens' most sensitive data.

"So every medical record, every social media post, every email, every financial transaction, and every citizen of the country with cloud computing and artificial intelligence can be sucked up out of Huawei into massive servers in China," O'Brien told NPR in an interview.

"This isn't a theoretical threat," O'Brien said before speaking at the Reagan National Defense Forum, an annual gathering of defense industry and military officials.

The Trump administration has taken measures to keep Huawei and other companies with ties to the Chinese government out of U.S. telecommunications systems. It's working hard to persuade allies to do the same.

Australia, New Zealand and Japan block Huawei, but other allies such as Canada and Britain have said they are open to allowing the company to build some less sensitive 5G networks.

O'Brien warned that it would be difficult to have full intelligence sharing information with a partner whose network was tied to Beijing.

He described how China has assigned a "social credit score" to its own citizens based on information it gathers — information used to determine whether people can get on an airplane, buy a train ticket or get a particular job.

"But what if China had a social credit score for every single person in the world?" O'Brien said. "What if, for democracies, China knew every single personal, private piece of information about any of us and then could use that to microtarget people to influence elections?"

O'Brien's concerns underscore the complexity of current relations between the United States and China.

The Trump administration is in the throes of a bitter trade war with Beijing, has imposed visa restrictions on Chinese officials believed to be involved in human rights abuses and has proposed a $2 billion U.S. weapons sale to Taipei, which Beijing objects to, claiming Taiwan is part of greater China.

O'Brien and Defense Secretary Mark Esper, both of whom have only been in their positions a few months, have already spent considerable time traversing the globe warning of the Chinese threat.

During his own speech at the Reagan National Defense Forum on Saturday, Esper also warned of the spread of Huawei. And he said the United States needs to reallocate military forces and resources from Afghanistan and the Middle East to Asia.

Esper pointed to the National Defense Strategy, released last year, which cites China's "predatory economics" and calls for building up military operations in the Pacific to counter China's global ambitions and military expansion.

"China's economic rise has allowed it to triple its annual military spending since 2002, with estimates reaching close to $250 billion last year," Esper said in his speech. "Beijing continues to violate the sovereignty of Indo-Pacific nations and expand its control abroad under the pretense of 'belt-and-road' infrastructure investments."

President Trump has also raised concerns with allies about Huawei and 5G but said there are limits to his powers of persuasion.

"Everybody I've spoken to is not going forward," Trump said last week at a summit with NATO leaders. "But how many countries can I speak to? Am I going to call up and speak to the whole world? It is a security risk, in my opinion, in our opinion. We're building it and we've started. But we're not using Huawei."

China has been willing to provide cash, resources and equipment to foreign governments in ways the United States is not. Foreign diplomats say it's difficult to turn down China when they desperately need cash for infrastructure and job-creating projects like new roads, telecommunications equipment and energy systems.

O'Brien said the Chinese government has made Huawei very attractive through subsidies. Western competitors like Qualcomm, Nokia, Ericsson or Cisco can't compete at the same price and still make a profit.

But O'Brien said foreign governments lured by the cheaper prices are missing the big picture.

"It's great to get a discount," O'Brien said. "It's great to get something for free. But at the end of the day, it really isn't free. There's no free lunch. And folks, our allies, need to consider the long-term consequences of taking the cheap Huawei equipment now and what that's going to mean for them and their country in the long term."