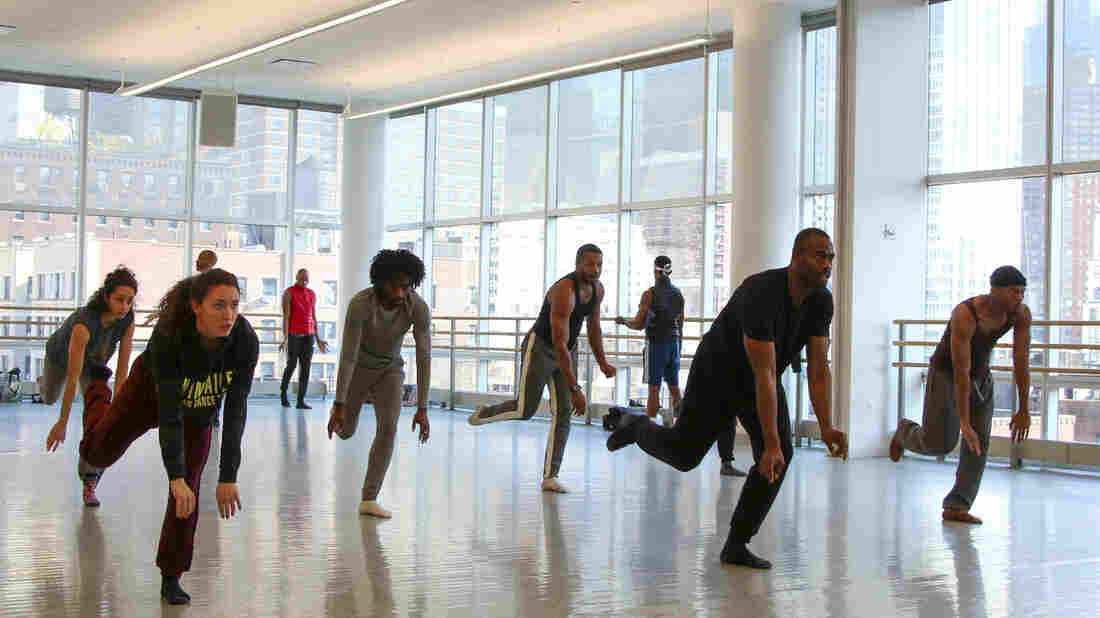 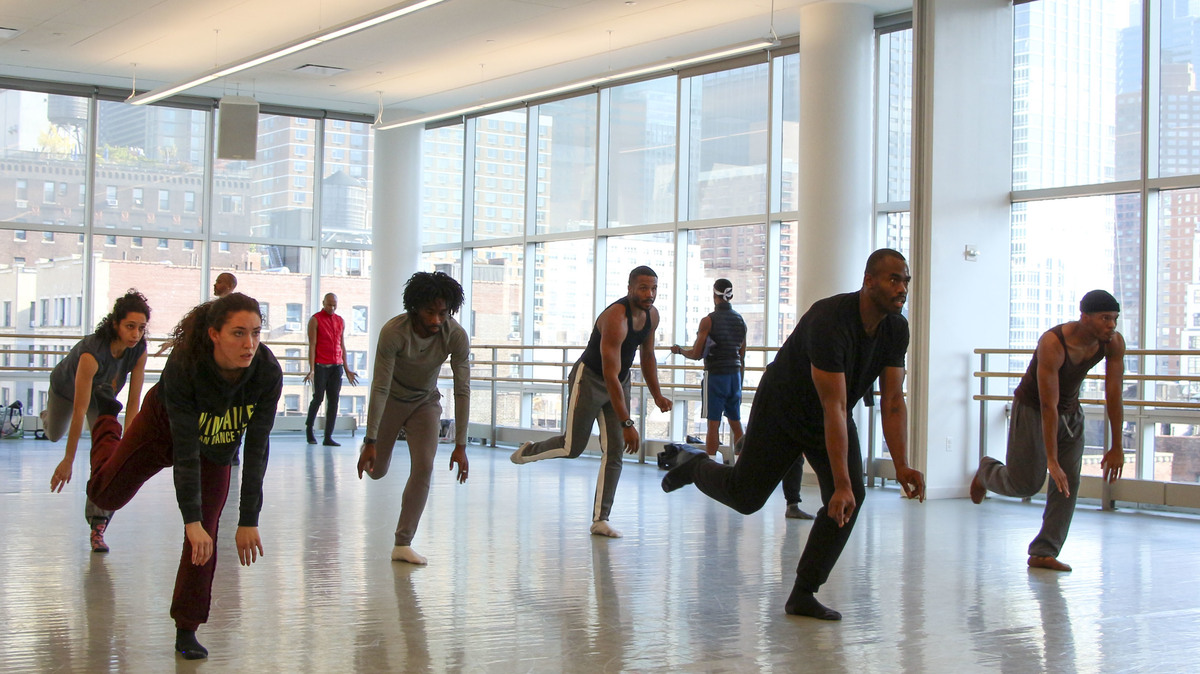 There are no gunshots in Ode. But it does begin with one dancer lying motionless on the floor, as a piano plays stark, detached chords.

The dancer gets up and is eventually joined by five other dancers, in flowing, circular motions. They dance together as an ensemble, but then one dancer falls and crumples to the floor. He's picked up by another dancer, but then two of them fall.

Tonight, the Alvin Ailey American Dance Theater will premiere Ode. Roberts, the first resident choreographer for the Ailey company, describes it "as an ode to gun violence in America," and says it was inspired by the deaths of Trayvon Martin and others.

"Piano embodies the beautiful, the celestial, the sublime," Roberts says. "But it also has this percussiveness about it that I really like." 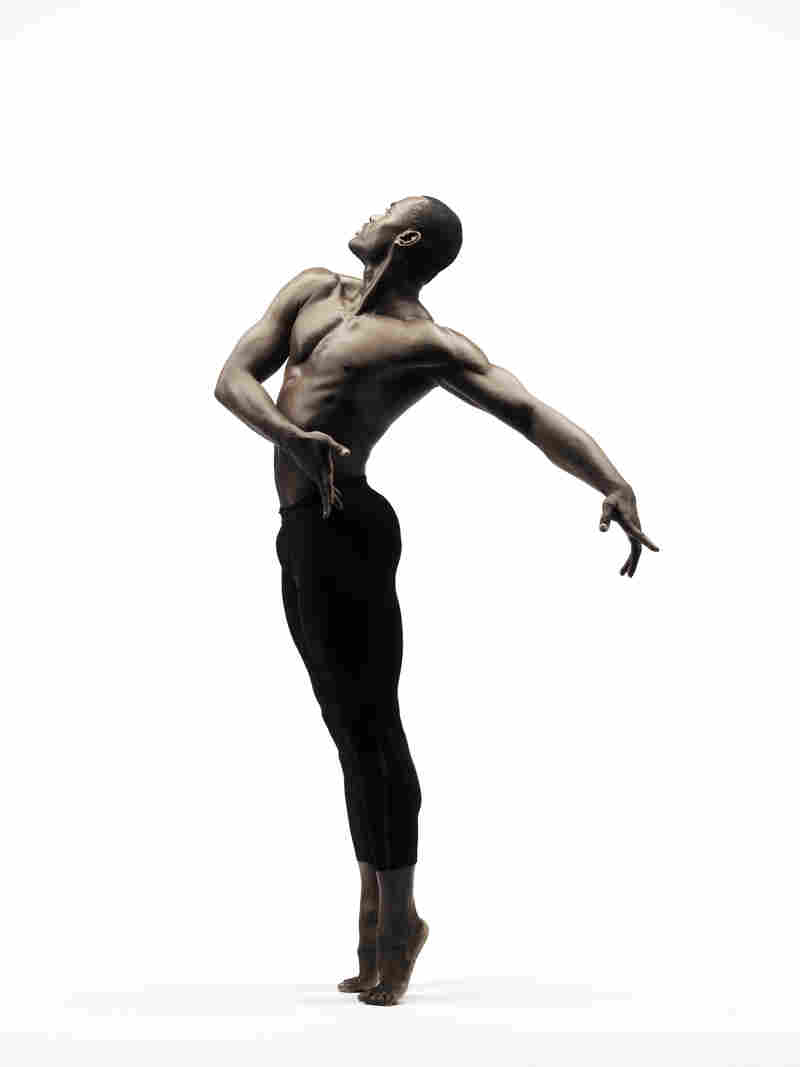 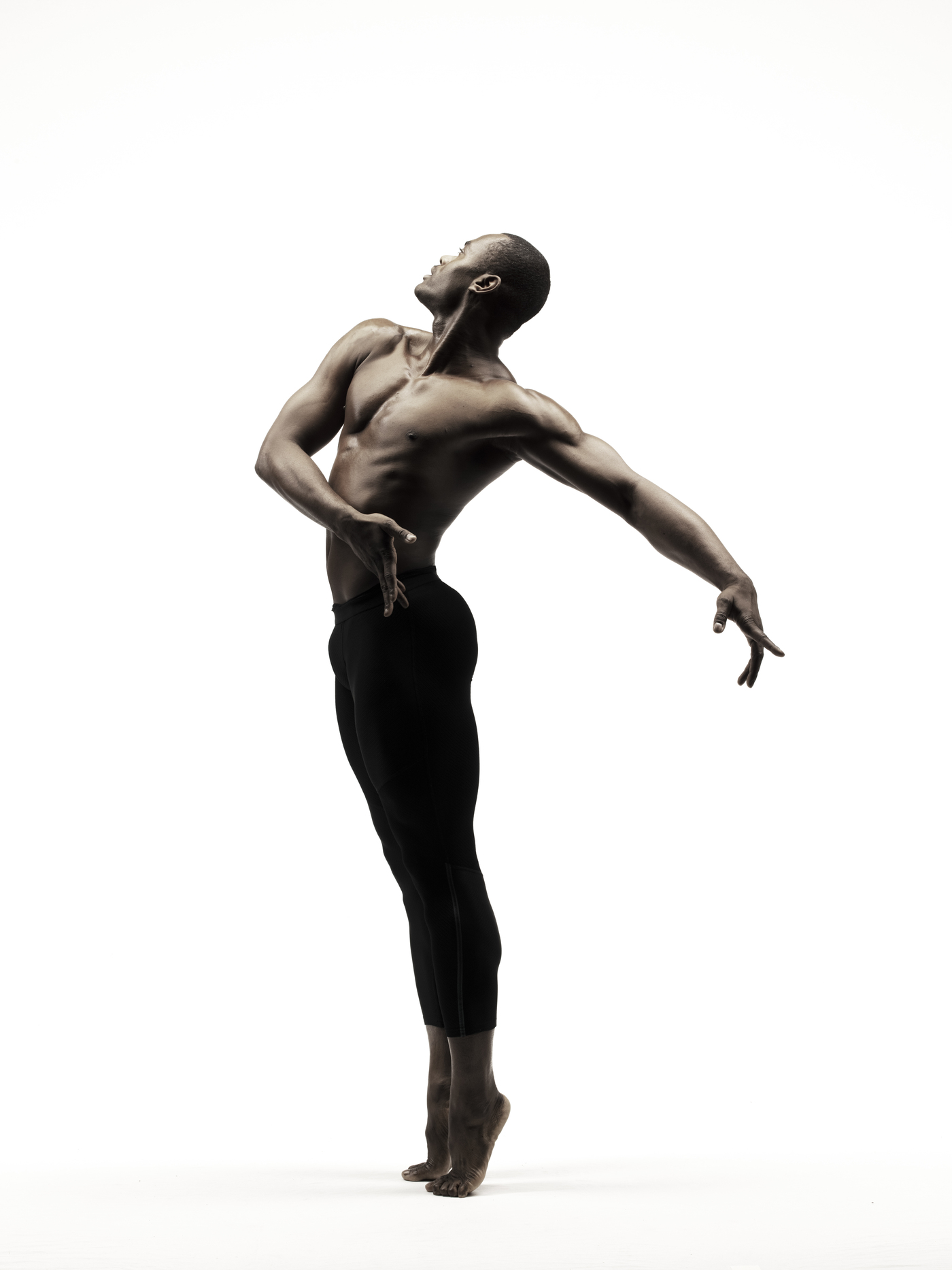 Jamar Roberts, the first resident choreographer of the Alvin Ailey American Dance Theater, is the creator of Ode.

The piece has three distinct sections: what Roberts calls "life," then "death or despair," and then "afterlife," or a form of resolution. He says he built a "movement vocabulary" for each part.

When Ode premieres tonight, six men will perform it. In a couple of weeks, the same dance will be performed by an all-female cast.

"Once [Roberts] told us what it was about, about victims and families and survivors of gun violence in America, we kind of understood the two dynamics," says Ghrai DeVore-Stokes, the soloist in the all-female production. "Because the female cast, of course, we're mothers, we're sisters, we're aunts, we're daughters and also sometimes victims. But it is a predominantly male-centric issue."

Dancer Jeroboam Bozeman does the same steps with the all-male cast. He says some of the movement, particularly during the percussive middle section, is angular and intense. And some is in slow motion. But it's all very personal.

"These things impact me as a black male and a dancer living in America," Bozeman says. "I can't pretend that it doesn't have an effect on me. So, having small imagery of bodies laying down slowly, I think of it as laying bodies to rest and kind of giving them that closure for them to ascend."

As he's worked on Ode, Jamar Roberts has not only coached the dancers on the steps, but the meaning behind them: paying homage to the lives lost and the survivors who carry on.

"I think that art has power," Roberts says. "I think it has the power to bring things to light, and have people see the world in ways that they may not have seen. And dance says it without words. And I think that that is one of the most beautiful things about this art form, is that we don't use our words, but everybody knows exactly what the feeling is."

Audiences across the United States will be able to feel the power of Ode this winter as the Alvin Ailey company takes it on tour.