Accessibility links
House Democrats Support Updated Trade Deal With Mexico And Canada The AFL-CIO president praised the agreement, which includes stronger enforcement of labor and environmental provisions. One lawmaker called it "a triumph for workers everywhere across America." 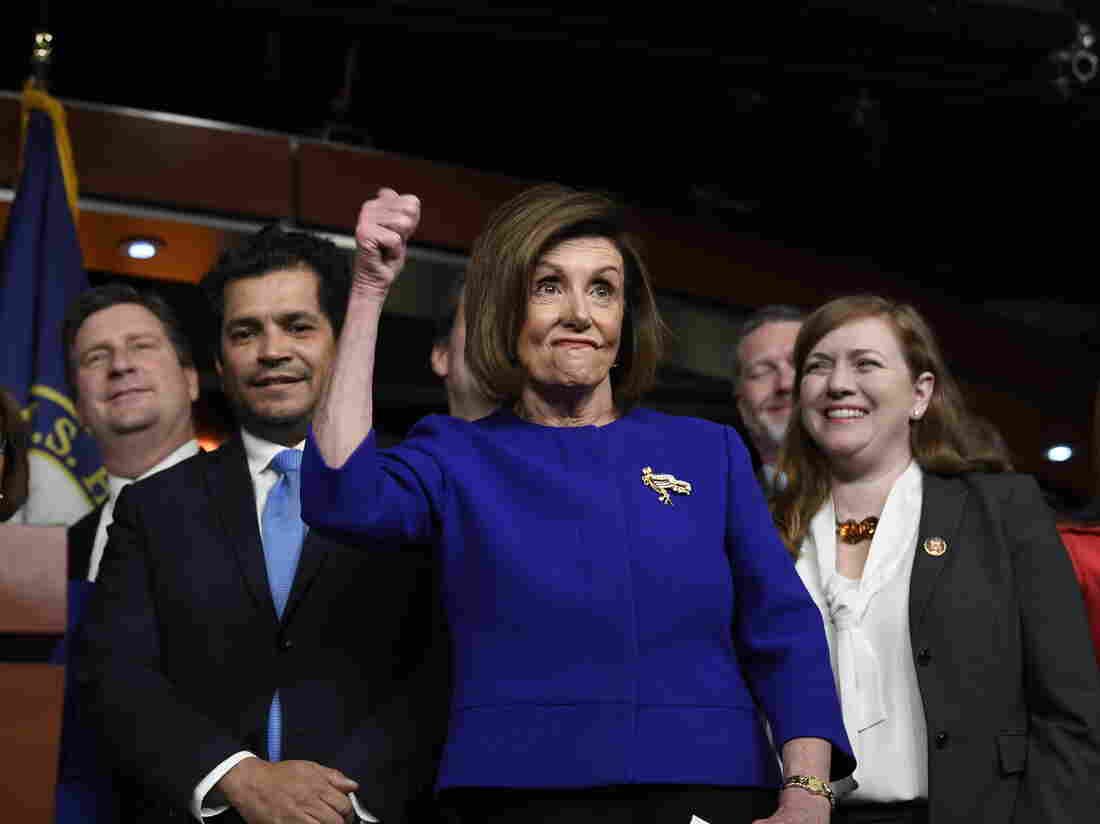 House Speaker Nancy Pelosi called the altered trade agreement "much better than NAFTA" and "infinitely better than what was initially proposed by the administration." Susan Walsh/AP hide caption 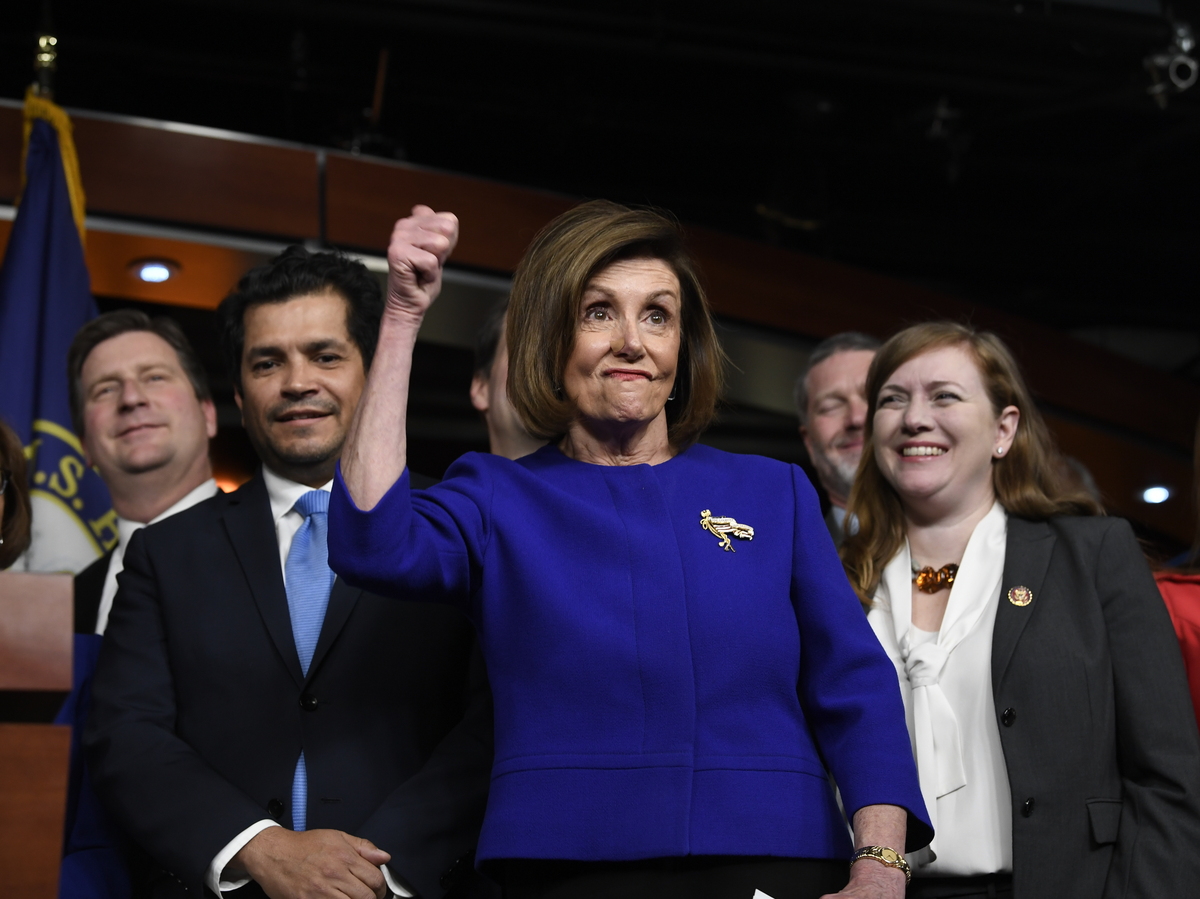 House Speaker Nancy Pelosi called the altered trade agreement "much better than NAFTA" and "infinitely better than what was initially proposed by the administration."

House Democrats and organized labor have thrown their support behind an updated trade agreement among the U.S., Mexico and Canada. The announcement came on the same day Democrats unveiled articles of impeachment against President Trump.

"This is a day we've all been working to," declared House Speaker Nancy Pelosi. "There is no question, of course, that this trade agreement is much better than NAFTA. But in terms of our work here, it is infinitely better than what was initially proposed by the administration."

Democrats endorsed the trade deal after winning stronger enforcement of labor and environmental provisions and stripping a measure that would have locked in long-term patent protection for certain pharmaceutical products.

"It's an agreement that Democrats shaped," said Rep. Richard Neal, D-Mass., chairman of the House Ways and Means Committee.

Backing from House Democrats comes after months of sometimes tense negotiations with the White House and the president's trade representative, Robert Lighthizer.

"I think we set a world record for hanging up on each other," Neal said.

The breakthrough came after a final round of talks this weekend, with AFL-CIO President Richard Trumka checking in regularly from a hunting trip.

The union's endorsement was an important green light for House Democrats to support the trade deal.

"President Trump may have opened this deal. But working people closed it," Trumka said in a statement. "For the first time, there truly will be enforceable labor standards — including a process that allows for the inspections of factories and facilities that are not living up to their obligations."

The agreement would mark the first major trade deal struck by the administration. It updates North American Free Trade Agreement, which took effect a quarter-century ago.

The new agreement includes provisions for digital trade and incentives that could shift some automotive manufacturing from Mexico to the U.S. or Canada.

"It will be the best and most important trade deal ever made by the USA," Trump tweeted. "Good for everybody - Farmers, Manufacturers, Energy, Unions - tremendous support."

The agreement also gives House Democrats an accomplishment they can point to beyond the impeachment inquiry.

A ratification vote on the House floor could come as early as next week.