Accessibility links
10 Songs That Rallied Resistance Around The World Every revolution has its music, and the global protests of 2019 are no exception. Here are 10 songs that fueled activist movements this year, from Chile to Lebanon to the United States. 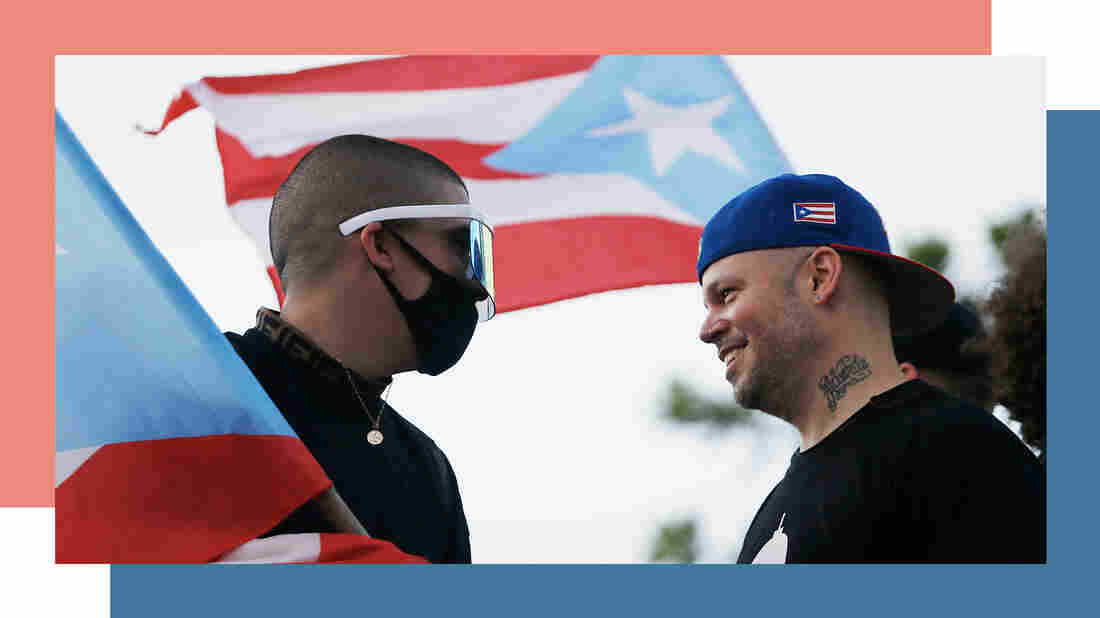 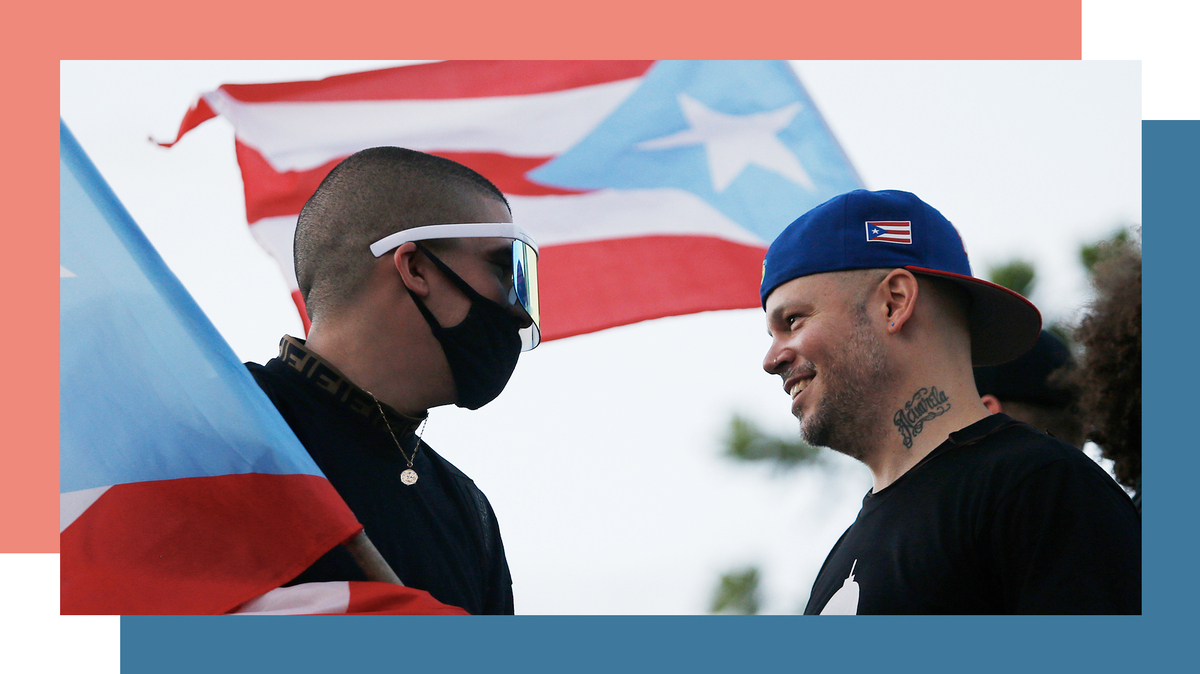 Every revolution has its music, and the global protests of 2019 are no exception. From Chile to Lebanon, and in worldwide opposition to climate change and to violence against women, certain songs have become part of the soundtrack that fuels the feelings.

For this list, we wanted to focus less on individual songwriters creating protest works and more on songs that have become collective rallying cries (or seem to be on their way). In addition to those written in response to current climes, included here are a song from more than 40 years ago that has found renewed purpose today, a fictitious depiction of revolution harnessed to express real-life discontent, and one earworm children's song that has strangely found its way to political significance. —Anastasia Tsioulcas

Musicians who want to work in Iran have to walk difficult tightropes when dealing with the regime and bureaucrats who have the power to approve or deny public performances and recordings. Singer Mehdi Yarrahi — who received a best pop singer prize from Iran's Ministry of Culture and Islamic Guidance last year — crossed the line with an anti-war song, "Pareh Sang" (Broken Rock), in which he chronicles the devastation to his home region of Khuzestan during the Iran-Iraq War of the 1980s, and how the province has never recovered. Before a live performance this July, censors reportedly asked Yarrahi to change the lyrics; he refused. So while his band played the instrumental music to "Pareh Sang" at the show, Yarrahi walked off the stage. His fans took up the charge, and sang the lyrics themselves — a profound and creative response to the attempted censorship. —Anastasia Tsioulcas

Yes, you read that right: "Doo doo doo doo doo doo" has winged its way from global viral hit to a protest anthem on the streets of Beirut, where demonstrators demanding better basic services and opposing corruption have taken to the streets and already forced the country's prime minister from power. One evening this October, a group of demonstrators used an exuberant round of "Baby Shark" to try to entertain a startled toddler in their midst (the Lebanese are famous for bringing the party to any occasion). Those protesters may not have entirely succeeded with this particular 15-month-old — the tot is pretty stone-faced in footage from that night — but, almost inevitably, that meta-meme of a moment became part of the soundtrack of this thawra, this revolution. —Anastasia Tsioulcas

Inspired by Moisés Serrano, a community organizer and DACA recipient in North Carolina, "The Dreamer" tells the story of a child named Moses who, like his biblical namesake, survives a perilous journey to a country that will not have him. The Buenos Aires-based Latinx bluegrass band Che Apalache gives the swell of Americana to the undocumented of North Carolina and their stories, as American as the hills. —Stefanie Fernández

In the throes of another economic and political crisis in Zimbabwe after the ousting and death of Robert Mugabe and the uneasy rule of his successor, Emmerson Mnangagwa, the deep discontent in the country has been filtered through its pop artists, especially Zimdancehall singers like Winky D and Tocky Vibes. The latter's gentle, reggae-inflected "Zvitori Nani" (It's Better) belies the fury of his lyrics — which challenge his country's soldiers to be on the side of the people — and the video, which opens graphically with footage of soldiers stomping on a man lying on a Harare street. —Anastasia Tsioulcas

One of the most clarion voices of 2019 has been that of 16-year-old Swedish climate change activist Greta Thunberg. In July, the English band The 1975 provided Thunberg's words an ambient score on a track also called "The 1975" (part of the group's tradition of leading each album with a self-titled song), with proceeds going to the international environmental activism group Extinction Rebellion. Of course, a song like this is destined to be more of a gesture than a catalyst in itself, but it's been played at climate change rallies internationally — and as Thunberg asserts on the track, "We need a system change rather than individual change, but you cannot have one without the other." —Anastasia Tsioulcas

#RickyRenuncia happened, and then #RickyRenunció. When more than 800 pages of group chats between governor Ricardo Roselló and his staff containing vulgarity, racism, homophobia, and references to corrupt activity leaked, thousands of protesters across the island called for his resignation, and got it in just a few weeks. Residente, Bad Bunny and iLe cancelled plans and tours in order to return to the island during the demonstrations and release "Afilando Los Cuchillos," with a motive they shared with the Puerto Rican people per Bad Bunny's verse: "Que se enteren to's los continente' / Que Ricardo Rosselló es un incompetente." —Stefanie Fernández

Les Misérables
"Do You Hear the People Sing?"

Sometimes, fictional depictions of revolution come to inhabit real life. That's the case for the musical Les Misérables, whose song "Do You Hear the People Sing?" became a popular refrain at the protests in Hong Kong in 2019. (It was also a hit on the streets of Kiev in 2014, during Ukraine's revolution.) Students even began singing it instead of the Chinese national anthem at one school assembly. Perhaps unsurprisingly, censors quickly scrubbed "Do You Hear the People Sing?" from many of China's streaming services. —Anastasia Tsioulcas

Less protest album than cultural assessment, Quelle Chris' Guns examines how Americans think about protection. "It's the Law" examines the legal weaponry of white supremacy; "Color of the Day" arranges bytes in the form of "[insert verb] while black"; "Sunday Mass" chronicles mass shootings of recent memory. On the title track, Quelle inhabits the psychology of anyone who has ever thought a firearm made them exempt from the math of gun violence, and asks whose survival is deemed, legally or morally, worth defending with one. —Stefanie Fernández

The feminist collective LasTesis from Valparaíso, Chile created "Un violador en tu camino" (A Rapist in Your Path) as a piece of performance art to protest sexual violence against women, femicide and the complicity of governments and systems who let such violence go untrammeled. "The patriarchy is a judge," they sing, "who judges us for being born, and our punishment is the violence you don't see." In November, the performance was replicated as far away as Paris, Mexico City, Buenos Aires and Madrid — by women who believe that LasTesis' message is both fundamental and global. —Anastasia Tsioulcas