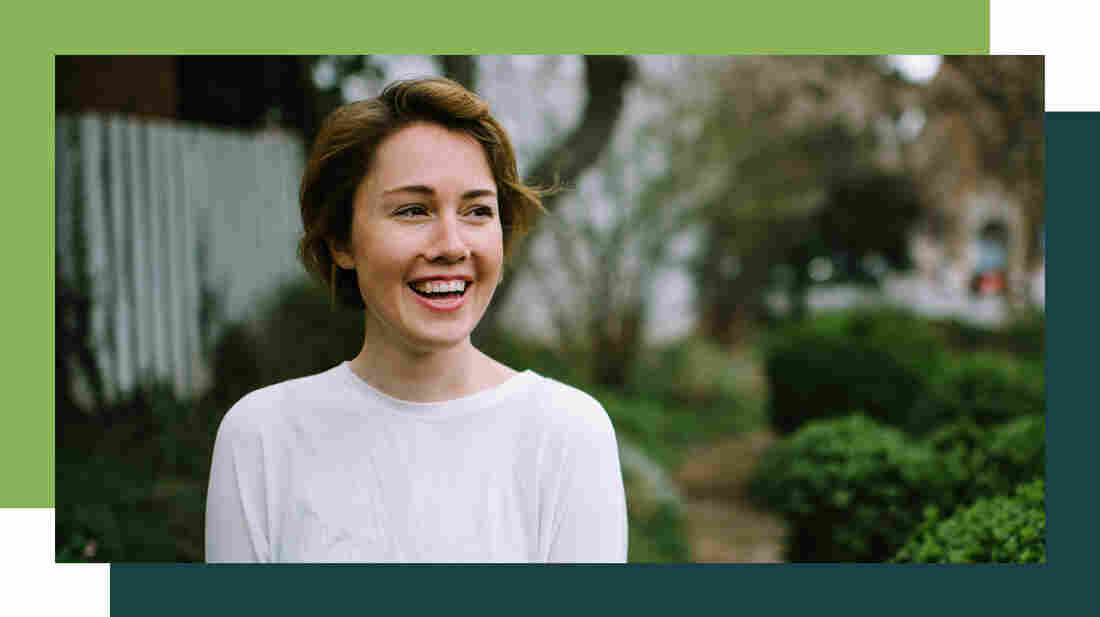 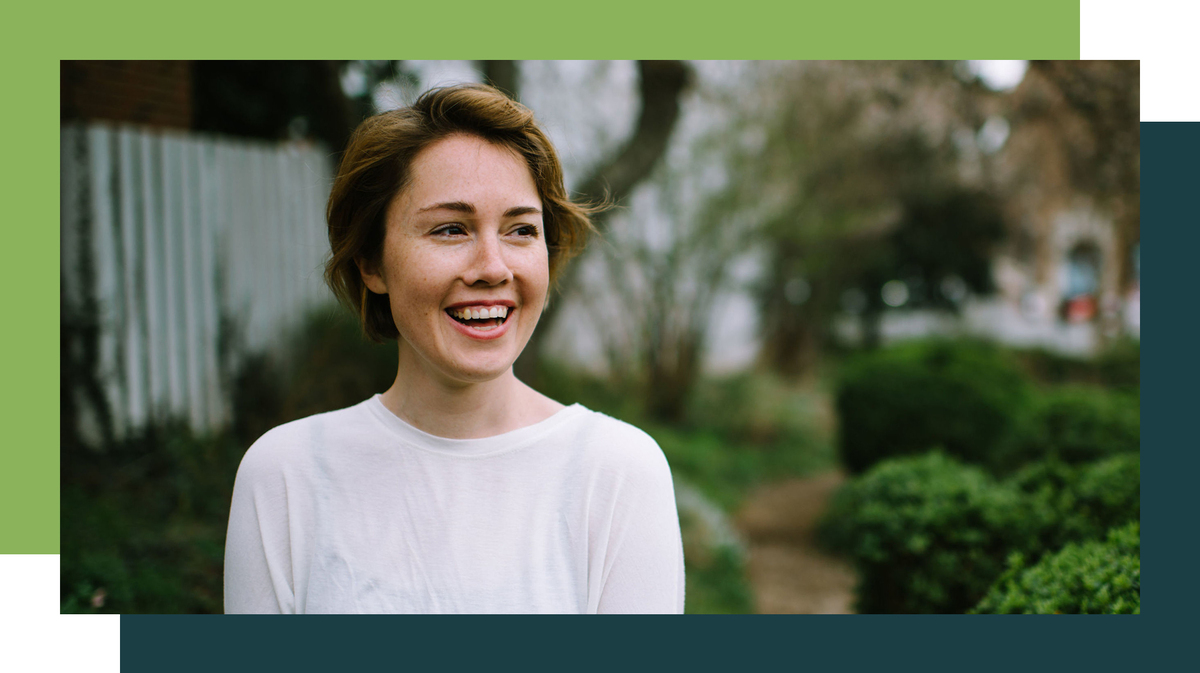 Traditions worth saving still need need practitioners and advocates who are willing to propel them forward. Classical music boasts a long, rich history — about 1000 years — of transformation, adaptation, tumult and triumph. From radical, boundary-bashing composers to brave and bold interpreters, the music has remained vibrantly alive even as prognosticators routinely forecast its demise.

The list below offers tip-of-the-iceberg evidence that those who compose and perform this music have, in the past year, been thinking about the future. Here are 10 amazing albums from 2019 that ask — sometimes demand — that we look inward to ourselves and outward to humanity as we listen.

The Pulitzer-winning composer's debut album is an object lesson in how to steer the 250-year-old formula of the string quartet deftly into its next chapter. Shaw, still in her 30s, looks back to master practitioners such as Mozart and Haydn — sprinkling traces of them into the mix — to create her kinetic, forward-looking music. The six compositions on Orange are rigorously constructed and presented with precision and utter joy by the Attacca Quartet.

At a time when global warming is more than just a political buzzword, John Luther Adams should hold an advisory position at the EPA. One of music's most fertile minds, Adams creates pieces that speak on behalf of our environment. Become Desert, his expansive work for large orchestra and chorus — and follow-up to his Pulitzer-winning Become Ocean — is both a mesmerizing homage to the planet's natural deserts and a cri de coeur over the new ones created by climate change. Adams' subtle orchestration makes more sound like less, but retune your ear and you'll hear the desert world exploding in all its radiant glory.

Opera buffs perennially lament the lack of great dramatic sopranos, but a new voice is quickly ascending to the rescue. Ten years ago, a young Norwegian named Lise Davidsen hadn't even seen an opera; last month, she debuted on no less a stage than New York's Metropolitan Opera. In her first recording, featuring songs and arias by Wagner and Richard Strauss, you can hear why one conductor called hers "a one-in-a-million voice." Davidsen has the clarion heft to soar above huge orchestras, the control to pare her instrument down to a silvery thread and an ease of confidence that will take the tradition far into the future.

Purists who insist on hearing their Scarlatti sonatas played on the harpsichord might have a change of heart listening to this four-disc set performed on a modern grand piano by Lucas Debargue, an unconventional 29-year-old Frenchman who once played bass in a rock band. Debargue handpicked these 52 lesser-heard sonatas from over 500, sorting them to flow with and around each other. Playing with great self-assurance and without the piano's pedal, he finds clarity, texture and color that brings out the mercurial personality in each of these miniatures — whether it's the spirit of flamenco strumming, a tender aria or a boisterous march.

The song on État titled "Dream Sequence," with its mysterious, symphonic layering of acoustic and electronic instruments, is an apt descriptor for much of this resourceful composer's music. Wohl's latest album offers more song-like structures, including several distinctive beats and wispy vocals from Poliça's Channy Leaneagh. Still, État remains a wonderfully twisted house of mirrors, where electronic gear and traditional instruments are treated as equals and often rendered indistinguishable from each other.

If the recent success of small-scale, intimate operas is pointing us toward the form's future, this year's Pulitzer-winning p r i s m, from the 36-year-old Ellen Reid with a text by Roxie Perkins, is an extraordinary sign of what's to come. The surreal and harrowing tale of a woman's sexual assault and struggle to survive offers one of the most luminous, sumptuous theatrical scores in years. Both Reid and Perkins know the subject matter firsthand: "I wanted to feel like the rug got pulled out from under you," Reid told NPR. After a close listen to the score, filled with glistening colors, bright lights and jagged gear-shifts, you feel exactly that.

Fire in my mouth

If John Luther Adams is our de facto environmentalist composer, Julia Wolfe is our labor documentarian, tackling historic issues that resonate today. Fire in my mouth documents the 1911 Triangle Shirtwaist Factory fire in New York, which killed 146 workers, mostly women. It follows Wolfe's Pulitzer-winning Anthracite Fields (on Pennsylvania coal miners) and Steel Hammer (Appalachian workers). Following suit, Fire is a riveting cross between public history and oratorio, utilizing original texts from those involved, backed by the New York Philharmonic and a 146-woman chorus. Wolfe's inspired orchestrations ping and buzz like the sewing machines used by the immigrant workforce, and in one scene, Yiddish and Italian songs are braided in a fugal reverie. By marrying history and music, Wolfe forces us to look to our past to protect our future.

The tiny island nation of Iceland looms disproportionately large in the classical scene, and few composers today can conjure shades of grey and black from an orchestra with the brilliance of Anna Thorvaldsdóttir. Metacosmos is her cinematically fecund tone poem, with whiffs of Sibelius and visions, perhaps, of some Norse giant lumbering through the deepest forest, with occasional shafts of light poking through. Pianist Vikingur Ólafsson provides amiable partnership in Haukur Tómasson's effervescent Second Piano Concerto, while cellist Sæunn Thorsteinsdóttir takes more of a soloist's spotlight in Páll Ragnar Pálsson's rumbling Quake, a cello concerto in all but name. Oceans, by Maria Huld Markan Sigfúsdóttir, calls for glimmering swells and expansive views, deftly negotiated by conductor Daníel Bjarnason, a terrific composer himself.

How will people listen to orchestras 100 years from now, and what will the planet look like by then? Those are questions Andrew Norman asked himself while composing Sustain for the Los Angeles Philharmonic and its conductor Gustavo Dudamel, who present this illuminating world-premiere recording. "We, at this critical moment in our history," Norman explains on his website, "are not doing enough to sustain the planet that sustains us." A gorgeous, wistful meditation, Sustain spirals into itself over the course of 35 mostly serene, shimmering minutes and once again displays this 40-year-old's masterful command of the orchestra.

Performing the idiosyncratic piano music of late 19th century Czech composer Leoš Janáček isn't easy: His moods shift with lightning speed from pensive to prickly, passionate to violent. Apart from the late Rudolf Firkušny, Janáček's pupil, no pianist has interpreted his music with enough subtlety — until now. Czech pianist Jan Bartoš, in his own singular voice, has found his way into the composer's head, especially in the cycle of intimate miniatures titled On an Overgrown Path, where emotions run raw with bright coloring, then become veiled through nuanced pedaling. Like saving a near-dead language from extinction, Bartoš carries the Janáček tradition — and its secrets — forward.