Accessibility links
The Collaborations That Shaped 2019 Collaborations offer artists a chance to stretch their musical boundaries and have some fun with their peers — as such, these one-offs often represent the sonic vanguard in pop. 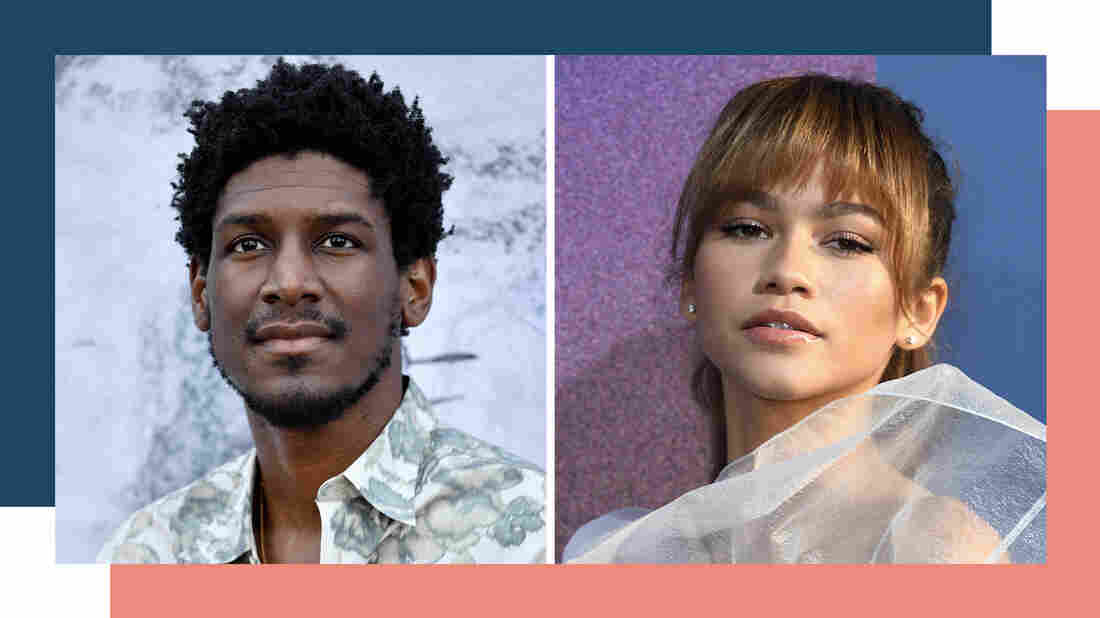 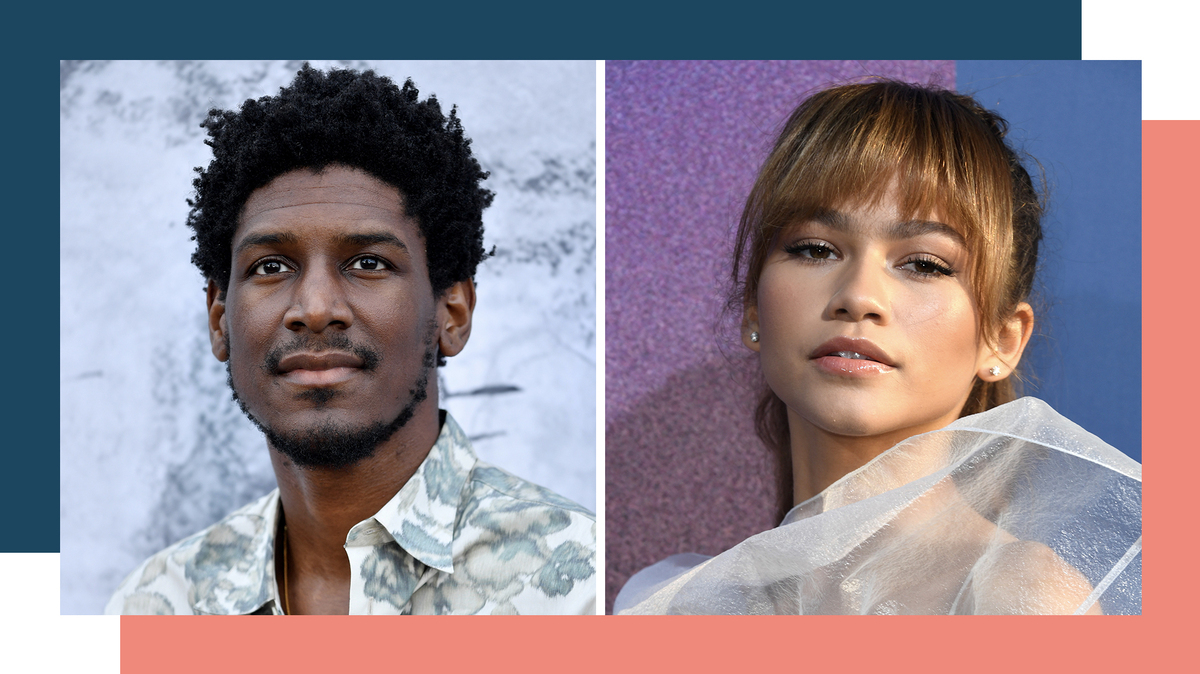 You can stream this playlist via Spotify or Apple Music.

The past decade hasn't brought us the end of genre, as has been frequently declared. But what we've witnessed, and still are, is cross-pollination on every possible face of the prism. Nowhere has this been more clear than in the field of collaborations.

Practically deserving of a genre unto itself, the "collab" has long been a handy Petri dish for musical experimentation — and more than ever, artists are pushing their limitations by banding together to push our buttons. It's working: From the highest-charting genre-bender of the year — "Old Town Road (Remix)" — to the many songs that resulted from acts creating new space within established traditions, this is a survey of the movement musicians made by combining forces.

In the world of urbano, artistic alliances were unexpected, large and small, good and confusing. Within the Latin music industry at least, the collab remains a vehicle for uplifting the lesser-known talent within a collective, as in the Rich Music LTD gang on the Avengers-ish album The Academy; and for breaking the Internet, as with Bad Bunny's and J Balvin's Oasis. Songs like Daddy Yankee's and Snow's "Con Calma," a reinterpretation of the Canadian rapper's 1992 hit "Informer," fall solidly in the "good," while crossovers like the Katy Perry remix of "Con Calma," or Sebastian Yatra's inexplicable "Runaway" with Daddy Yankee, Natti Natasha and the Jonas Brothers, fall firmly in the "confusing."

Across the spectrum of Latinx-made music, arguably the greatest successes came from smaller, fringier cross-genre collabs. After being behind the curtain on tracks like "Otro Trago," Rich Music producer Dimelo Flow released his first solo single, "El Favor," and it made a world of sense, calling fellow Panamanian Sech to contribute a melting R&B melody to the song's intro and established reggaeton kings Zion, Nicky Jam, and Farruko and newcomer Lunay (whose "Soltera (Remix)" with Daddy Yankee and Bad Bunny was also king this year). Spanish rapper Mala Rodríguez's "Dame Bien" is crowned by the presence of both raunchy "Rebota" wunderkind Guaynaa and the queen of bounce, Big Freedia. Bad Bunny's tumbling flow lends itself seamlessly to "Soy El Diablo (Remix)" and the trap corrido tumbado form pioneered by Natanael Cano. And then there's two master classes in bolero and ballad. Aymée Nuviola and Cuban royalty Omara Portuondo transform the old standard "Tres Palabras" for Nuviola's excellent A Journey Through Cuban Music. French-Cuban duo Ibeyi's lush vocals paired with sitarist Anoushka Shankar make a forceful statement on self-worth in "Lovable."

After a couple of years dominated by huge pop crossovers, like Maren Morris and Zedd's "The Middle," this year the world of country focused on somewhat more circumscribed collaborations, meant to connect young stars with hallowed veterans — and extend to those older artists some hip sheen, or to forge connections that could make a mark on the charts. Newly inducted Country Music Hall of Famers Brooks & Dunn made one of 2019's most enjoyable albums with Reboot, featuring millennial stars like Kacey Musgraves and Luke Combs having fun with the duo and its stellar catalog. Brandi Carlile had her flawless hand in two major partnerships, rejuvenating the great Tanya Tucker's cachet with the elder's While I'm Livin' and forming an all-star quartet, the Highwomen, to prove that women can dominate a genre that's recently shut them out in favor of the bros. Two of the genre's more woke-duded, legend-on-the-younger-side Garth Brooks and bro-hitting-midlife Blake Shelton, hit pay dirt with the single "Dive Bar," while its two most beloved current vocal groups, Lady Antebellum and Little Big Town, formed a celestial choir on "The Thing That Wrecks You." Pop crossover still proved a powerful engine though, for the smart-hearthrob duo Dan + Shay, who dominated streaming charts with "10,000 Hours." And of course Billy Ray Cyrus, who wrangled a fan tweet from some kid going by Lil Nas X into the year's biggest single.

Indeed, 2019 was a year in which unexpected pairings drove innovation within hip-hop — and beyond it — as cross-genre, cross-country and sometimes even cross-continental collaborations ruled. With the June release of their second installment, Bandana (included on our list of 10 Rap Albums That Raised The Bar(s) in 2019), odd couple Madlib and Freddie Gibbs re-upped their seamless avant-gangsta collision. J. Cole and his Dreamville label collective made a public showing of the unprecedented number of artists they invited to Atlanta's Tree Sound Studios, resulting in a project that felt like a nostalgic throwback to the era of "Scenario"-styled posse cuts, back when groups were bigger than solo acts in rap. On Revenge of the Dreamers III's quieter album cuts, a range of soul sisters — Ari Lennox, Baby Rose and St. Beauty — balance out the testosterone. The thoughtful "PTSD" features singer-songwriter Mereba delivering unflappable flows alongside rising Atlanta rapper Deante Hitchcock and West Coast come-up artist Omen, while the duo St. Beauty holds down the harmonies.

But the best left-field collaboration of the year belongs to billy woods and Kenny Segal, a pairing between an East Coast MC and a West Coast electronic-head-turned-hip-hop producer that resulted in the unparalleled Hiding Places, which also made it on to our 25 Best Albums of the Year list. "A Day In A Week In A Year," featuring vocalist Mothermary, captures their off-kilter synergy. Things get even weirder when comedian/rapper Zack Fox gets in the studio with one of the year's most valuable producers, Kenny Beats, for a diarrhea-of-the-mouth track "Jesus Is The One (I Got Depression)," which magically seems to condense Kanye West's last three albums into one song. Then there's the transatlantic hookup of former Odd Future member VRITRA with UK composer/producer Wilma Archer for the jazzy excursion Burd, exemplified on "Shallow Graves." Lastly, you can't talk water without mentioning The Alchemist's Yacht Rock II, an album that finds Benny the Butcher and Elcamino dumping cold-hearted, dope-and-death bars over the breezy beach keys of "Sand Castles."

In an era of so much high-stakes cultural transition, the collaborations that shaped 2019 struck chords that exemplify that tension and point towards its resolution. --Rodney Carmichael, Stefanie Fernández and Ann Powers