Accessibility links
The Best Cover Songs Of 2019 Wilco and Tom Waits were some of the year's most-covered artists. Emo and Warped Tour-core got their share of love, too. 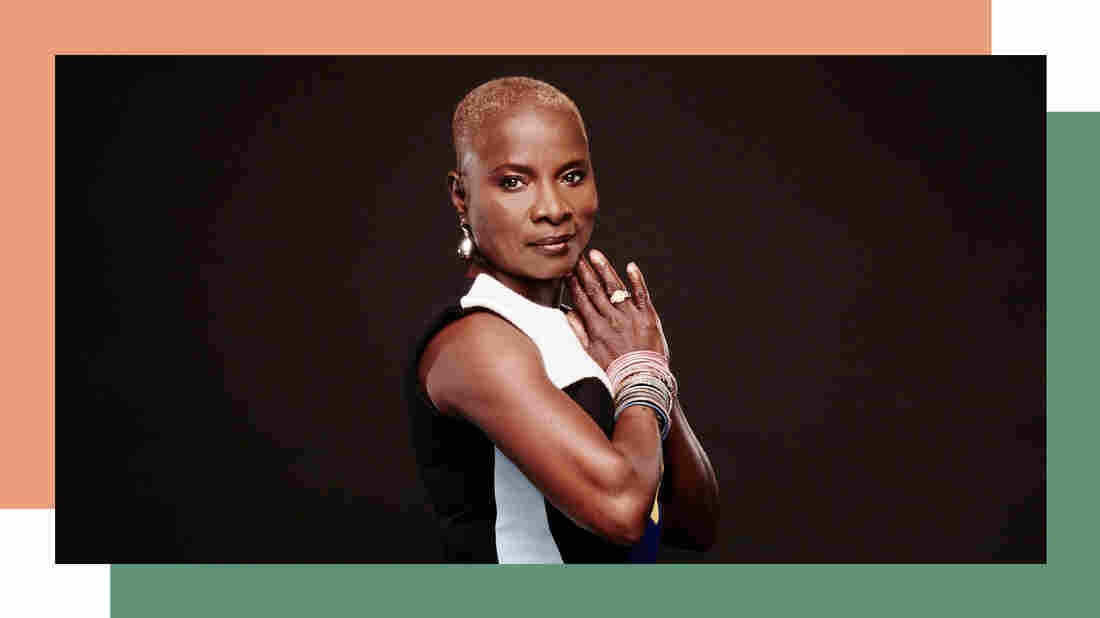 Enlarge this image
Laurent Seroussi/Courtesy of the artist 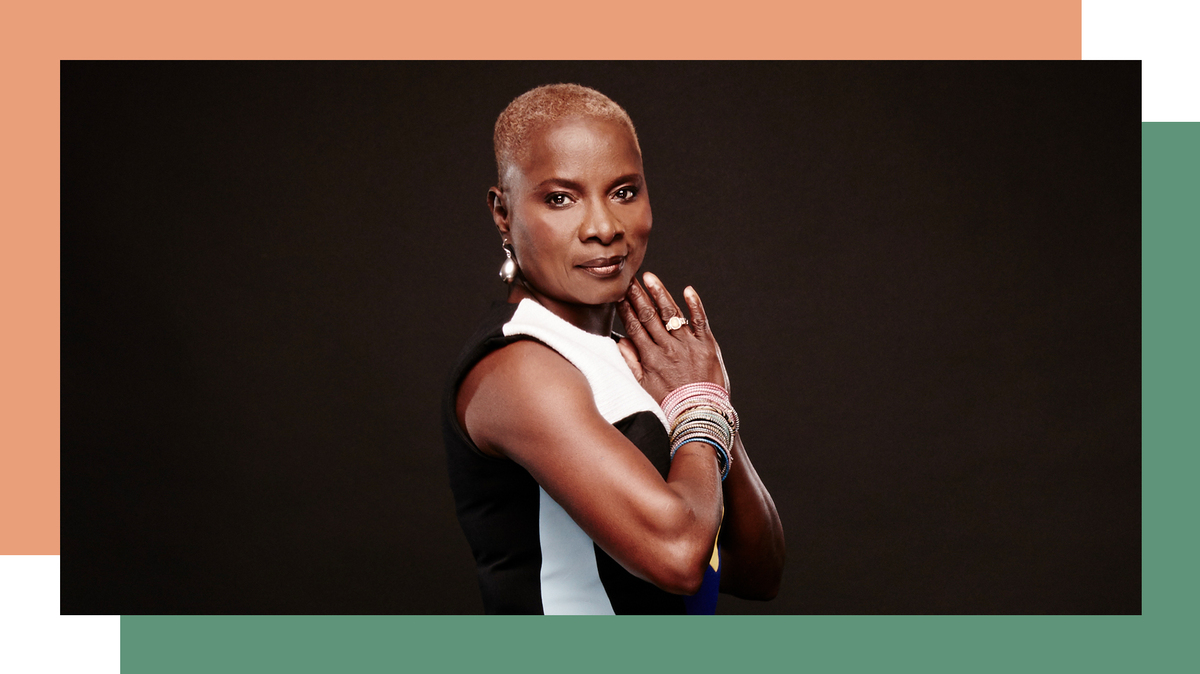 The art of covering a song might have reached its pop-culture saturation point this year, thanks to an abundance of special programming (Triple J's Like A Version, BBC Radio 1's Live Lounge, Spotify Sessions, Amazon Prime exclusives), tribute albums and touring surprises. But what makes for a good cover? Sometimes it's an arrangement that's radical; at other points, it's the unexpected connection between artists, or an unspooling of genre. A roots artist that likes emo? A rapper going hardcore? A country artist drawn to French pop? These days, cross-genre covering should come as no surprise; the music-makers of 2019 have omnivorous diets, digesting eclectic influences and spitting them back out in song. For some of the artists on this list (Alex Lahey, Rustin Kelly), a cover is an opportunity to pay homage to the music of their youth. It's the chance to speak to a cultural lineage, looking backward (Los Tigres del Norte, Sam Smith) or forward (Tanya Tucker, Angélique Kidjo). And lately, it's a tender love note through time — "I miss you. You were gone too soon" (Jeffrey Lewis).

Here are NPR Music's 15 favorite covers of 2019, in alphabetical order. You can stream the playlist via Spotify or Apple Music. —Cyrena Touros

"Welcome To The Black Parade"

For a faithful cover, you either execute the right emotional framework or risk delivering an overqualified karaoke performance. For all the girls who wore out their Warped Tour compilations, who loved Hayley Williams and Amy Lee but wanted to see women throttle a guitar solo, shred on bass, or knock over a drum kit: Australia's Alex Lahey ferociously rips through what one YouTube commenter called "the 'Bohemian Rhapsody' of the emo generation" for us. —Cyrena Touros

The genius of Africanizing music that already has African roots is crystallized one Celia Cruz's most popular songs. Angélique Kidjo's confident vocals float over a decidedly African-inspired rhythm that emphasizes the power of the song to move bodies onto the dance floor. —Felix Contreras

Whether rendered in French or English, "La Marcheuse," or "The Walker," was one of 2018's best. The brutally bold Christine & The Queens standout gets a quieter, left-of-center country cover courtesy of Cam. —Lyndsey McKenna

Carol City, Fla. rapper Denzel Curry, whose ZUU is one of the best rap records of the year, is no stranger to punk. Curry's cover of Bad Brains' 1986 track with the band's bassist Darryl Jennifer evinces his schooling in hardcore, industrial and metal and captures all the mania of H.R.'s original performance. —Stefanie Fernández

Blaze Foley, the sweet mess of a country singer-songwriter painted in raggedly beautiful colors by Lucinda Williams, gets revved into a rowdy punk cover. Bleary and bursting from keyboard noise and overdriven distortion, Empath leans into the mess. —Lars Gotrich

Jeffrey Lewis
"Punks In The Beerlight"

Often dismissed as a jokester or, worse, a cretin, Sublime's tragic reggae-loving beach bum Brad Nowell was, in fact, a perceptive storyteller, as much an heir to Tom Waits as he was a peer of Fred Durst. Lana Del Rey leans into the dub haze of this summer-bummer ballad, uncovering its revelatory comfort with demons, its smoggy honesty. —Ann Powers

In the year of the band's silver anniversary, Wilco delivered a remarkable new album of its own as other acts helped cement its legacy with a range of covers spanning the band's 25-year run. Laura Stevenson's take on "Jesus, etc." – a singular entity in Wilco's catalog – is a thing of simple beauty. —Lyndsey McKenna

I was there in the main yard at Folsom Prison when this iconic norteño band recreated Johnny Cash's visit to the same prison 50 years prior. The Cash family approved the translation and Los Tigres del Norte respectfully capture the pent up emotions of men who will not know freedom for many years, if at all. —Felix Contreras

Tom Waits and Kathleen Brennan wrote "Georgia Lee" to commemorate and bear witness to the short, sad life of Georgia Lee Moses, a black 12-year-old whose disappearance and death had received little notice.

Twenty years later, Phoebe Bridgers — a singer whose own compositions are so often enriched by mournful phrasing and morbid curiosity — provides an ideal match for a song of profound sadness and great empathy. —Stephen Thompson

In their early days, Rod y Gab were Mexican metalhead buskers in Dublin. What a thrill to hear them return to their roots and explore the full blasting range of "Battery" with just two acoustic guitars. —Lars Gotrich

One drop of irony could have spoiled the brew, but Ruston Kelly approaches the goofy sincerity of "Teenage Dirtbag," a very good song that also happens to sound like cargo pants, with just the right balance of reverence and self-awareness. Behold the crying pedal steel, the lazy backroad rhythm, the rounded vowels in "baby" and "maybe." If a cover can slide into your set and almost pass for an original, you've done something right. —Daoud Tyler-Ameen

This track is inextricable from queer culture — for over 40 years, it has soundtracked the dark nightclubs sheltering a maligned community, representing the freedom of the dance floor and reminding us that the highs of love are worth chasing in the face of adversity. The fact that this is one of the first songs that Sam Smith released after coming out as non-binary this year is a powerful affirmation of community. Not to mention it makes me want to throw my arms out and twirl. —Cyrena Touros

A song that represents both the pinnacle of 1980s California dude soft-hair soft rock and the disappointing libidinal impulses of the same via the movie for which it was written by a dude whose most immortal song was set in the firmament by a dry-voiced woman whose performance stripped away studio polish and got you to wonder at the perfection of the words and melody. What do you know, lightning strikes twice. —Jacob Ganz

"The House That Built Me"

If your family has left your childhood home, you've probably dreamed of returning to see if your name is still carved into one of its door frames. Miranda Lambert's hit take on this weeper came from the perspective of a young women pausing as she rapidly moved forward. Tucker brings the wear and weariness of her 61 years to the song, and it resonates profoundly. "If I could just come in I swear I'll leave" — via lines like that one, Tucker's alto conveys the humility and sense of limits that only years on earth can bring a person, and in her hands, a new country standard becomes a classic. —Ann Powers