Accessibility links
The Music Of 2019 That Wasn't Actually Released In 2019 A surprising number of 2019's biggest hits, memes and musical breakthroughs have something in common: You could hear them before this year started. 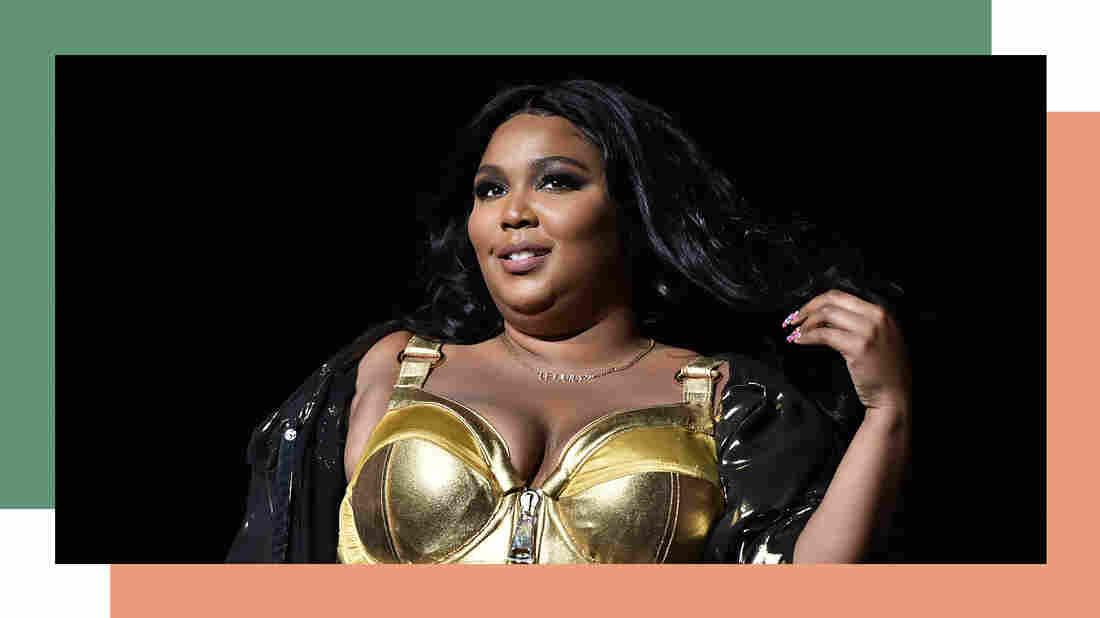 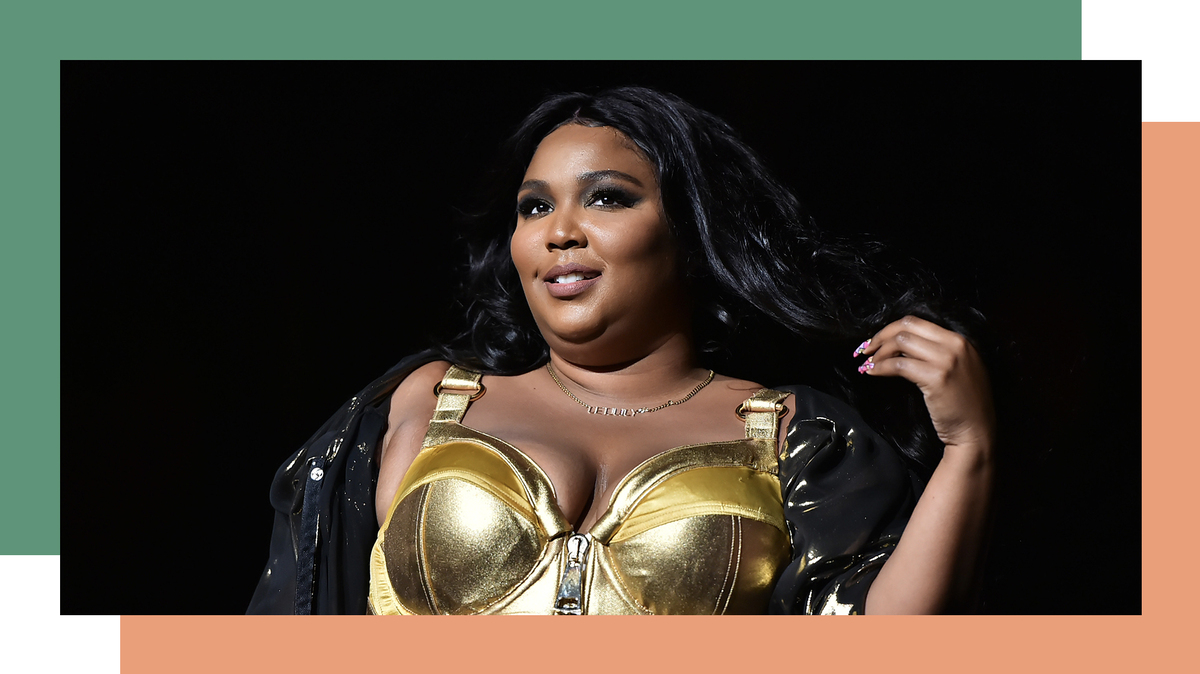 Some of the biggest music of the year isn't technically from this year. Before 2019 began, every song and album that you'll find on the list below — starting with a late December album and working backward to songs that aren't remotely recent — were already out in the world. That doesn't mean they aren't important, or great: It just means (with one exception on a technicality) they don't qualify to appear on the other lists in NPR's Best Music Of 2019 package. It also means we are sticklers for rules and — yeah — sort of nerds. But you knew that already.

Why it felt like it came out in 2019: Released with barely any warning just before midnight on Nochebuena, the Latin trap star's debut album barely even existed before 2019 began (apart from, you know, months of fervent anticipation). Bad Bunny went on to be the top Latinx musician of the year, with X100PRE spending 34 weeks at the top of Billboard's Top Latin Albums chart.

Why it felt like it came out in 2019: A victim (and perhaps beneficiary) of the fracturing of releases in the streaming era, "a lot" has three versions that can each be heard only on a specific platform. The version of "a lot" that opens 21 Savage's album i am > i was on streaming services, released in mid-December of last year, features a guest verse from J. Cole. But if you bought a CD of the album, that appearance was replaced with a third verse by 21 Savage that mentioned the crises in Flint, Mich., and at the U.S./Mexico border. On Feb. 1 of this year, all four verses were included in the song's video (that's the version that appears on our list of the 25 best songs of 2019). Two days later, 21 Savage was arrested by U.S. customs agents for allegedly overstaying a visa, setting his year on an entirely new course.

Why it felt like it came out in 2019: Um, maybe it was the record-breaking 19 straight weeks at No. 1? This is the actual biggest song of the actual year, with a waterfall of updated versions hitting on what felt like a weekly basis through the spring and summer, weaving it so deeply into the narrative of 2019 that some evidence of its early, yee-haw agenda-adjacent existence has been scrubbed from the Internet. But facts are facts, and SoundCloud is apparently forever.

Why it felt like it came out in 2019: Mikayla Simpson, reggae's great young hope, is still a teenager, but she blew up this year on the strength of this 2018 single. "Toast" stuck around on playlists and has continued to find new fans as Simpson put out a debut EP and collaborated with fellow reggae acts Govana and Chronixx and pop and rap stars like Gunna, Ed Sheeran and Justin Bieber.

Lewis Capaldi
"Someone You Loved"

Why it felt like it came out in 2019: A smash from the get-go by two established hitmakers, which plays in a pivotal moment on the soundtrack to a 2018 animated superhero movie that rewards obsessive rewatching. It finally climbed to the No. 1 spot on the Hot 100 in January, then stuck around in the top 10 for all of the spring and summer.

Why it felt like it came out in 2019: The first of a half-dozen songs Lana Del Rey released in the long lead-up to Norman F****** Rockwell!, building seismic anticipation for an album that's already gone down as a turning point in the career of a major American pop star. It's tempting to just redefine the calendar year to begin the moment Del Rey released "Mariners" in September 2018 and end 11 and a half months later when NFR! came out — but, you know, centuries of precedent.

Why it felt like it came out in 2019: "Beautiful Crazy" helped Luke Combs, the latest guy to hone the "girls, beers and trucks" model of modern country into a hit-delivery system of frightening efficiency, cruise into Nashville's history books. His 2017 album, This One's for You, was already a year old when he added the song as a bonus track to a deluxe version. Almost a year later, "Beautiful Crazy" hit No. 1 on the country airplay chart, and This One's for You went on to set a record by tallying 50 weeks at No. 1 on the country albums chart.

Panic! at the Disco
"High Hopes"

Why it felt like it came out in 2019: "High Hopes" did plenty for Panic! at the Disco last year, becoming the band's first top 10 hit in over a decade. Yet another life was in store in 2019: As the Democratic presidential primaries heated up and spiraled out this fall, it appeared on playlists of multiple candidates' campaigns, finally achieving meme-dom when it served as the backing for a student-section-esque coordinated clap-and-wave performed by volunteers for South Bend, Ind., mayor Pete Buttigieg.

Why it felt like it came out in 2019: No success story in 2019 was more gradual, more completely realized and more confounding than Lizzo's. Not that the singer and rapper didn't deserve her breakthrough — it's just that the years-old work that landed her at the top of the charts threatened to overshadow the music she actually released this year. Built from meme-friendly language and boosted by TikTok and its appearance in a Neflix rom-com that coincided with Lizzo's album Cuz I Love You, "Truth Hurts" zoomed past that album's official singles and hung out in the top 10 for all of July and August before hitting No. 1 in September. The streaming era being what it is, "Truth Hurts" was of course added to a "deluxe" version of Cuz I Love You that was "released" in May, just a month after the album's initial street date.

Why it felt like it came out in 2019: A two-year-old song clearing a path through the overgrowth of the streaming era to shine from the top of the charts? OK, fine. It happens. It was Lizzo's follow-up to "Truth Hurts" that made her story head-spinning. Earlier this month, "Good As Hell" — which was originally released on a 2016 EP called Coconut Oil — made its way into the Hot 100's top five. Obviously, it's now on a third, "super deluxe" version of Cuz I Love You, which happens to be up for album of the year at the Grammys. Look, the streaming era is wild, and Lizzo's hits just might help rewrite the way songs become hits. Look for "Juice" at the top of the charts in 2021.