Accessibility links
The 15 Best Rock Albums Of 2019 After a decade of genre-blending, the definition of rock is very much up for debate. But for us — and for the purposes of this list — it means one thing: Guitars. 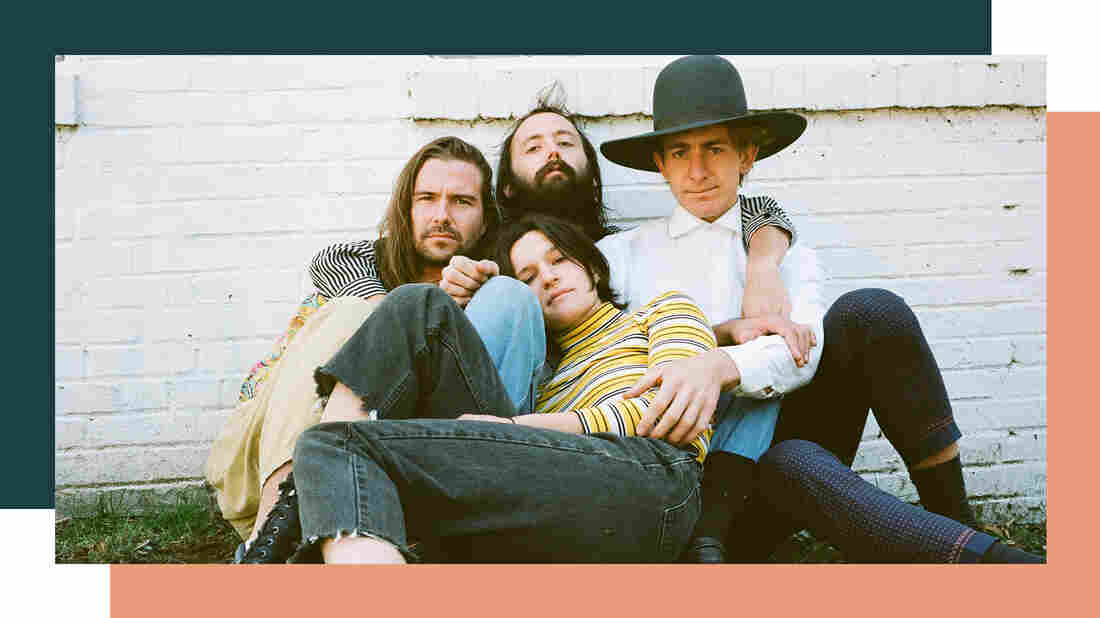 Enlarge this image
Michael Buishas/Courtesy of the artist 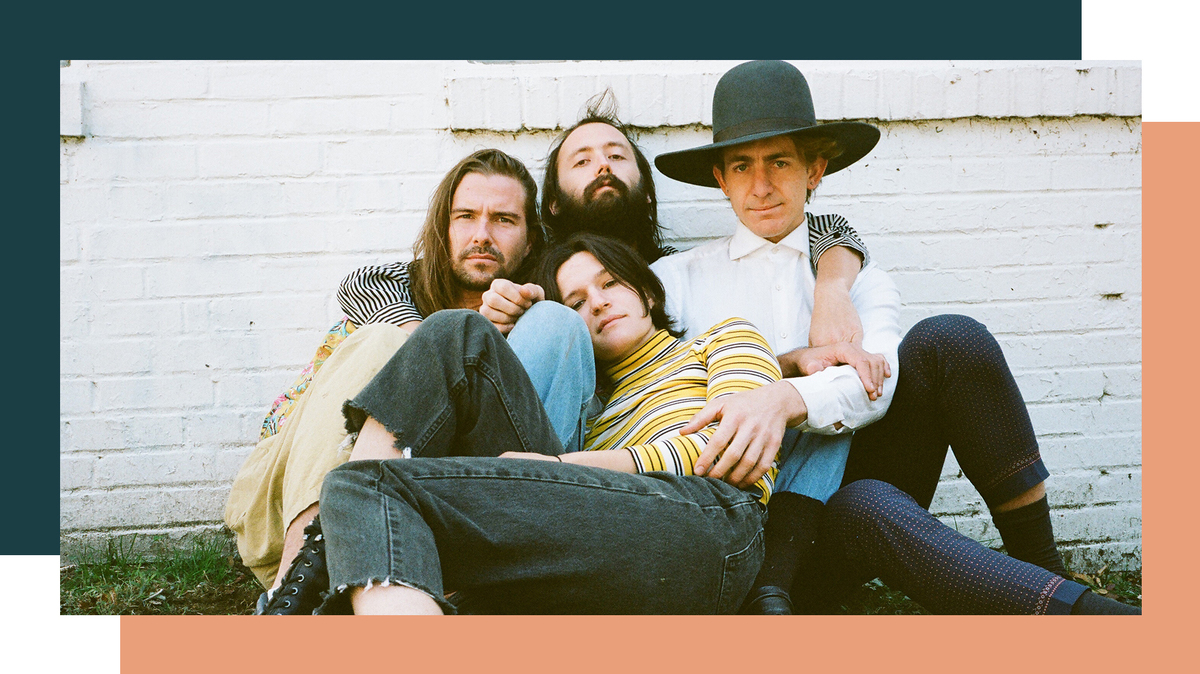 After a decade of genre-blending, globalization and the growth of micro-niches, the definition of rock is very much up for debate. But for us — and for the purposes of this list — it means one thing: Guitars. Big, loud, fuzzy guitars. Sharon Van Etten put out one of our favorite albums of the year and there are some guitars on it. But not really rock and roll. Same with Angel Olsen's All Mirrors or Brittany Howard's Jaime, two more albums we loved this year. (Honestly, we're not sure what you'd call them.) At the same time, it'd be easy to label the Nigerian artist Mdou Moctar as "world" or global music, but his incredible album Ilana (The Creator) is a brick house of glorious, gritty guitar noise (and on this list).

Regardless of where you come down on the rock debate, the 15 albums listed below erupt with the kind of epic solos (see Big Thief), existential angst (PUP) and riff-rage (Mannequin Pussy) that quicken the blood, raise the temperature and ignite waves of fist pumps and jumps. Who wants to pogo? \m/— Robin Hilton 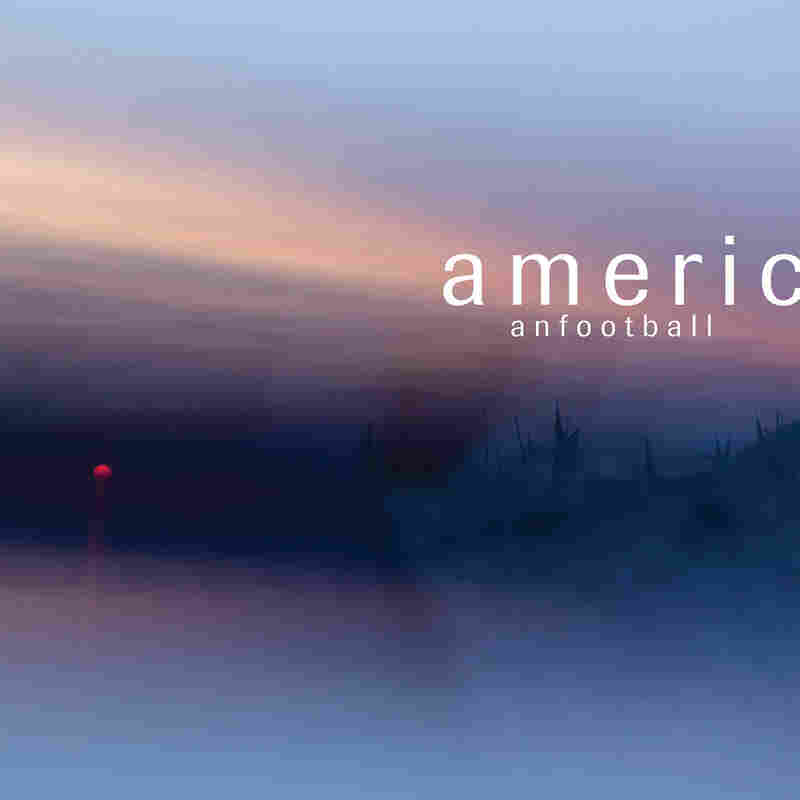 By virtue of non-hierarchical, alphabetical ranking, our list of throttling, rip-the-knob-off ROCK AND ROLL albums begins with the softest, unrocking-est rock album of 2019. But that's always been American Football's M.O., from the drumstick count-off of "Never Meant" to a reunion that keeps on giving and growing: thoughtfully thumb a nose at rock pretense, slip into a minor key, let the tattered notebook pages bleed. The band's third eponymous album (and second since reuniting in 2014) is impressionistic in its quietly bursting arrangements and attuned to the individual talents of its vocal guests (Land of Talk's Elizabeth Powell, Slowdive's Rachel Goswell and a stunning duet with Paramore's Hayley Williams). Rock out with your heart out, y'all. —Lars Gotrich 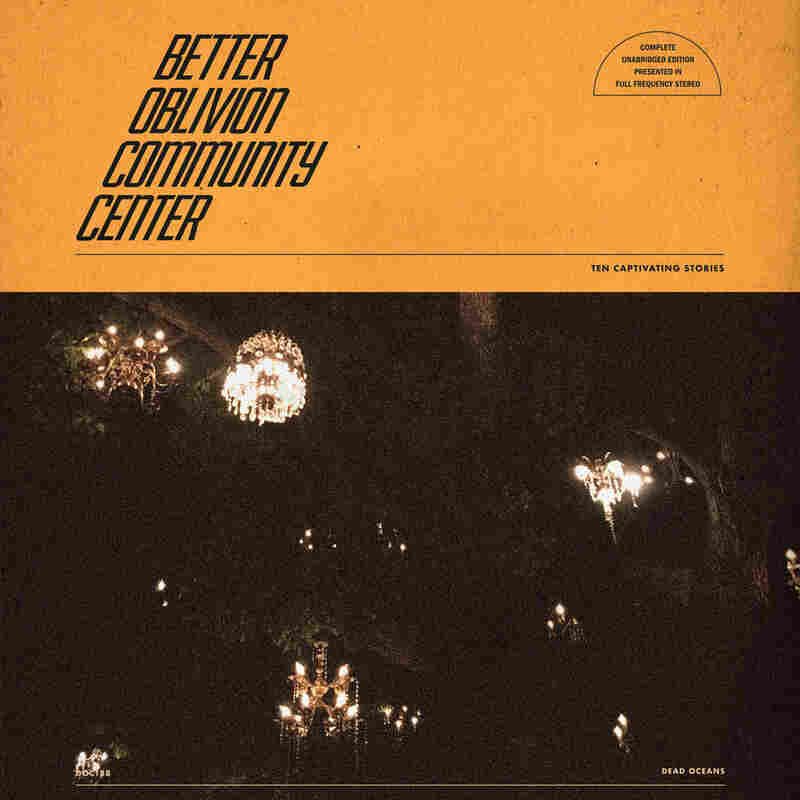 Phoebe Bridgers has only been releasing albums for two years, but you wouldn't believe that looking at her discography. A beloved debut album, a fervor-inspiring supergroup, a Tom Waits tribute album and a team-up with songwriting hero Conor Oberst mark her catalog (and somehow it still feels like I'm forgetting something). In the hands of a lesser songwriter, that much creative output might spell a slew of skippable deep cuts — but Better Oblivion Community Center wasn't crafted by lesser songwriters. Bridgers and Oberst are an inspired match, both known for melancholy story-songs and an instinct about when it's time to wail. Being bummed out never sounded so fun. —Cyrena Touros 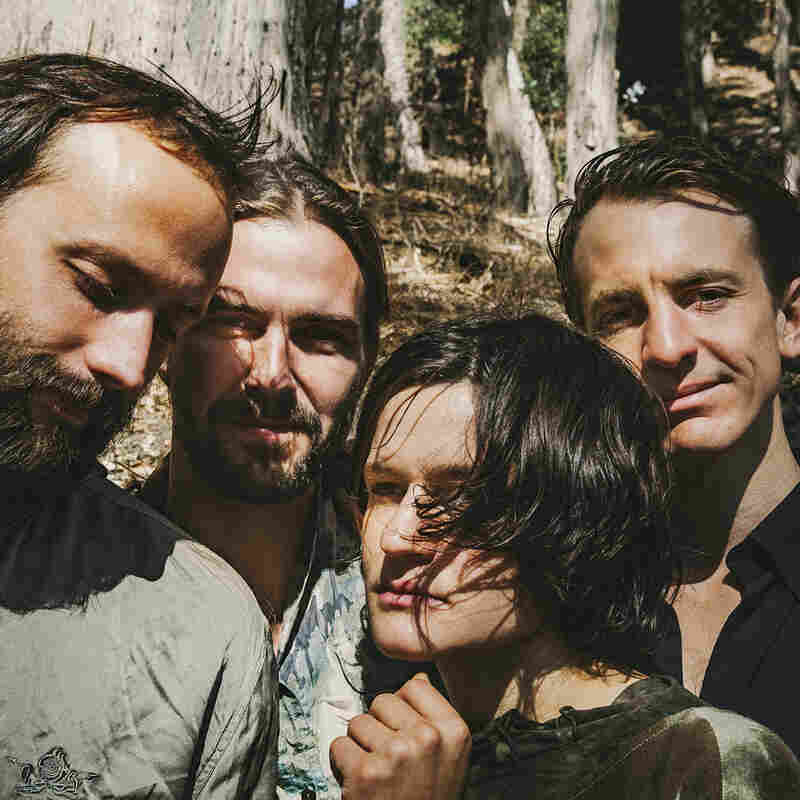 The second of two incredible albums Big Thief dropped in 2019 (the other was U.F.O.F.), Two Hands finds lead singer and guitarist Adrianne Lenker confronting the fleeting nature of pretty much everything — our mortality, our dying planet, the lies we tell ourselves to carry on. On the album centerpiece, "Not," Lenker breathlessly unspools a litany of dead ends in the search for meaning or existential understanding. Big Thief strips the album down to its barest essentials — a dirty guitar, bass and uncluttered drums. The songs breathe magnificently with equal parts wonder and dread, but the fireworks are in Lenker's love for humanity and inexhaustible curiosity. —Robin Hilton 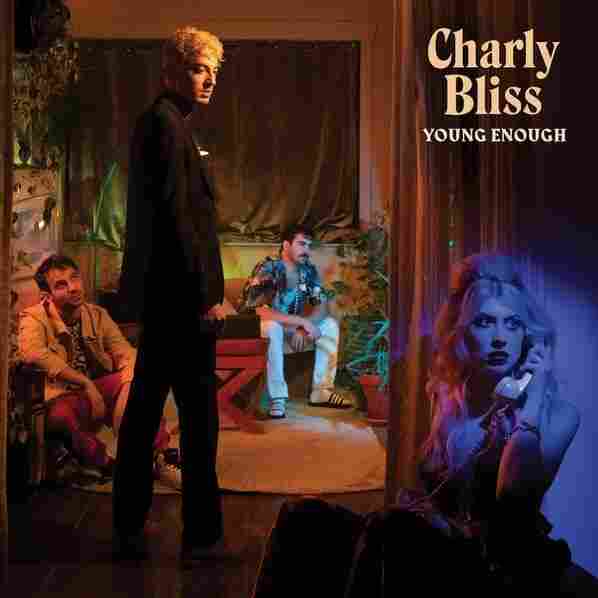 2017's Guppy opened with one of the best head-banging guitar drops in recent memory. But on Young Enough, the Charly Bliss philosophy of a punk-indebted, riff-first roar quieted, leaning further into pop hooks and the potential of Eva Hendricks' vocal might. Charly Bliss is still a rock band (see "Under You"), but lowering the bpm offered more access to the songwriter who dropped my most-quoted lyric of the decade ("I cry all the time, I think that it's cool"). Listening to Young Enough, I thrashed less and cried more — according Charly Bliss and this list, that's rock and roll, baby. —Cyrena Touros 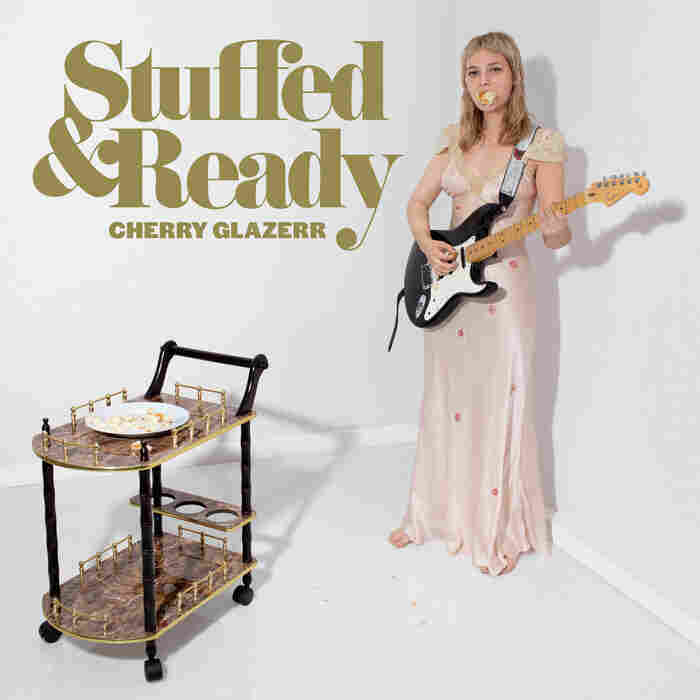 Stuffed & Ready sounds like it might be a novelty album from a band known in part for its dark and often juvenile sense of humor. But the LA group's fourth full-length is a deeply emotional and at times devastating self-examination of frontwoman Clementine Creevy's troubled inner life. On the conflicted and disturbing "Daddi," she pleads for her father's guidance while simultaneously condemning the patriarchy that's infected her with so much self-doubt. "Distressor" exposes the "violence in [her] head" and her longing to be alone, while "That's Not My Real Life" finds Creevy content to "sit in misery like a proper woman." A number of artists leveled-up in 2019 (see also Jay Som, Girlpool or Michael Kiwanuka), but few took a step as big or rewarding as Cherry Glazerr. —Robin Hilton 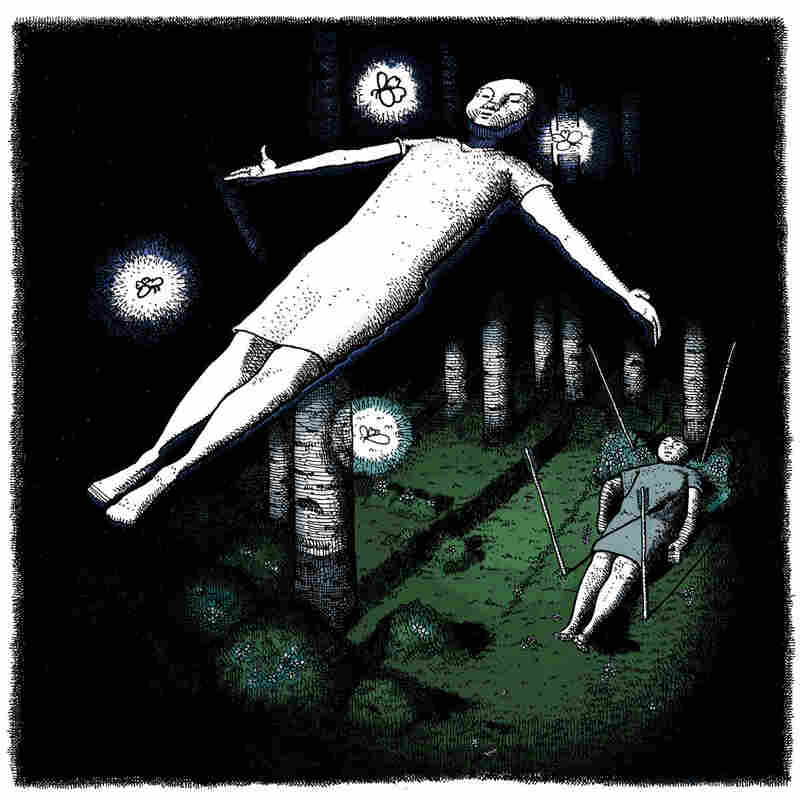 In the Wildwood Tarot deck, the Four of Arrows card represents deep anxiety and a need for reflection and solitude — an appropriate way to sum up the tumultuous years that led to Great Grandpa's second album. With band members now scattered thousands of miles apart, Four of Arrows sounds both loose-limbed and carefully considered, in songs that might seethe, jangle lightly or burst into chunky blasts of guitar. On "Bloom," singer Alex Menne uncorks a bracing and useful bit of perspective on getting out of your own head: "I get anxious on the weekends / When I feel I'm wasting time," they sing. "But then I think about Tom Petty / And how he wrote his best songs when he was 39." Here's to sticking together through it all. —Stephen Thompson 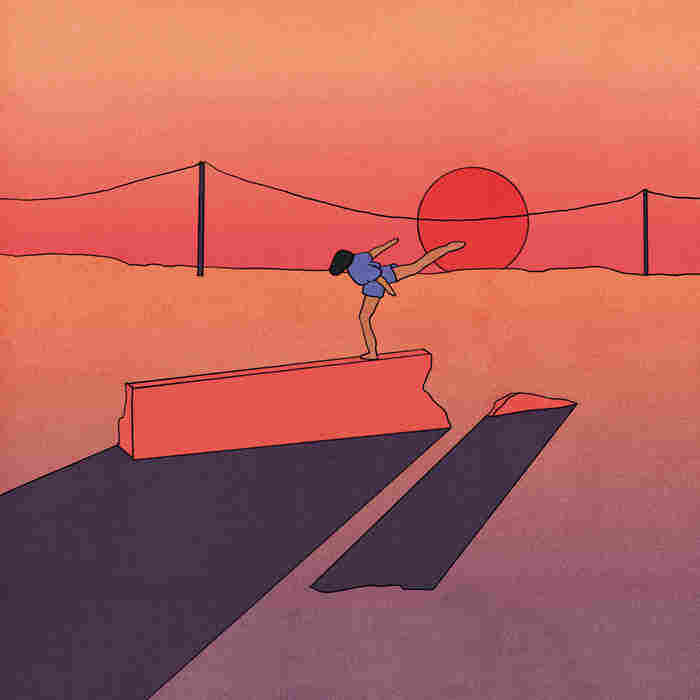 In Tagalog, the phrase "anak ko" roughly translates to "my child." On her third album as Jay Som, Melina Duterte packages her warm, tender sound into 9 songs — 34 minutes spent languishing in the non-specific memories that nostalgia often brings. Duterte's skillful, multi-textured guitar playing grounds the album, while other elements come in as bright surprises, like the strings on album highlight "Nighttime Drive," and the guitar solo in the bridge of "Crown." Jam Som's sound frequently borrows elements of shoegaze and indie-pop, but never lets them overshadow the basics. —Zoë Jones 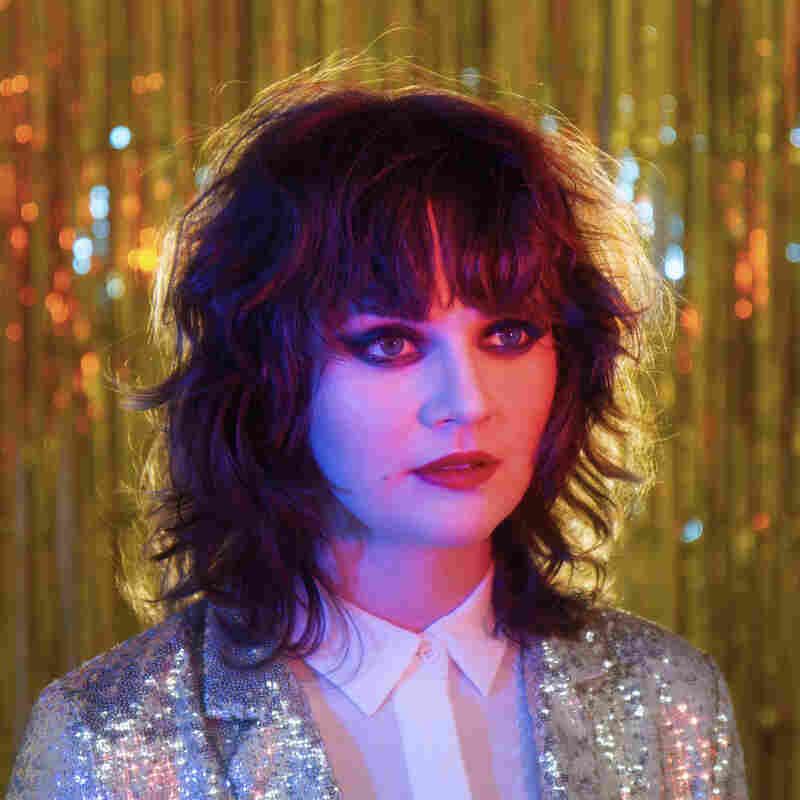 Kate Davis co-wrote Sharon Van Etten's "Seventeen" and her own album, Trophy, is likewise filled with observations of adolescence alongside pain and wisdom. Kate studied jazz, double bass and the Great American Songbook; when you hear this rock album, the path may not feel clear, but under all the wit and wisdom on Trophy is an understanding of how to write a memorable song. And though this album came out late in 2019, these 12 songs are already part of how I'll remember this year in music. —Bob Boilen 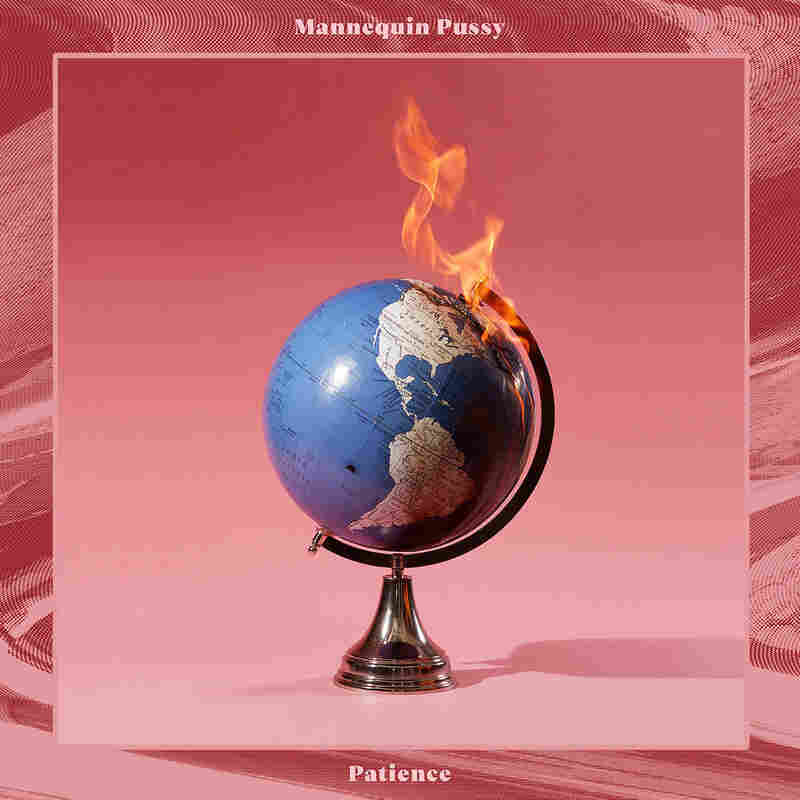 Patience is a visceral album; "I've got it in my blood," singer and guitarist Marisa Dabice repeats on the album's opening track. Elsewhere, she sings about being pushed against a kitchen sink, tasting breath on her teeth, floating away from her body. On the band's third album, Dabice has found new ways to use her voice: she screams, she snarls, but nearly as often she gives the songs' polished melodies a feathery, crooning delivery. The band's explosive energy is still intact, but the arrangements feel precise and fine-tuned, able to embody everything from brokenheartedness to scorched-earth anger to generous compassion and hope. "It keeps getting better," Dabice sings on the album's closer — a mission statement for a band leveling up by turning scorned love into its best release yet. —Marissa Lorusso 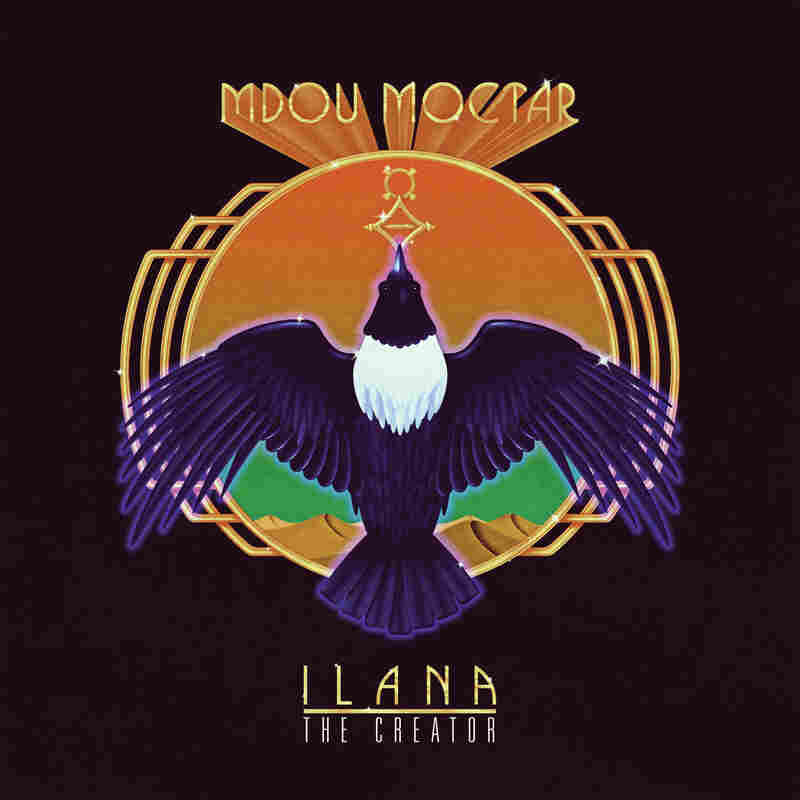 The origins of this brilliant psychedelic guitar record, sparked by a love of ZZ Top, began in Niger before it was put together in Detroit. Mdou Moctar is a Tuareg guitarist; his mesmerizing, trance-inducing music has its breeding grounds in Sarahan Africa. After a chance meeting with engineer Chris Koltay (of Akron/Family fame) and a chat about ZZ Top's Tres Hombres, Moctar put a band together with Koltay and Ahmoudou Madassane, known for his meditative, acid-tinged sounds. Together they created brilliance and called it Ilana (The Creator). —Bob Boilen 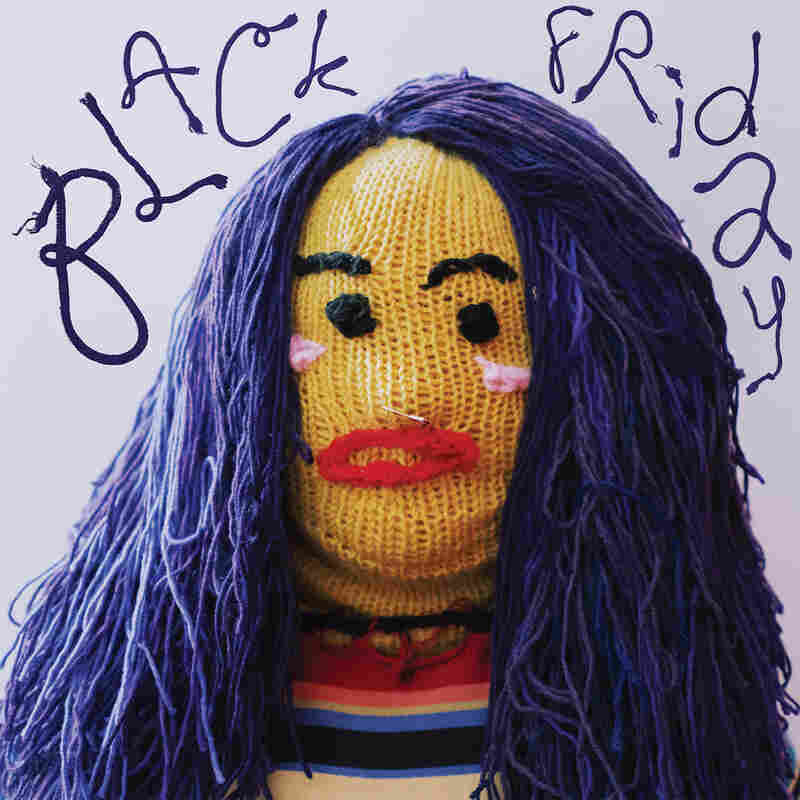 On Palehound's third record, songwriter Ellen Kempner reminds us what it takes to keep relationships alive, delving into not just the flashy joy of romance but the quieter, subtler things we do for those we love. The wiry, propulsive guitar riffs that have been the hallmark of Palehound's sound are complemented by reflections on the cyclical nature of intimacy. On "Worthy," Kempner feels inadequate in the face of love; on "Bulls***," she strains to make a loved one feel adequate. Elsewhere there are swaggering dreams about getting revenge on a friend's abuser ("Killer"), missives from an unequal friendship ("Black Friday") and one of the year's most affecting love songs ("Aaron"). —Marissa Lorusso 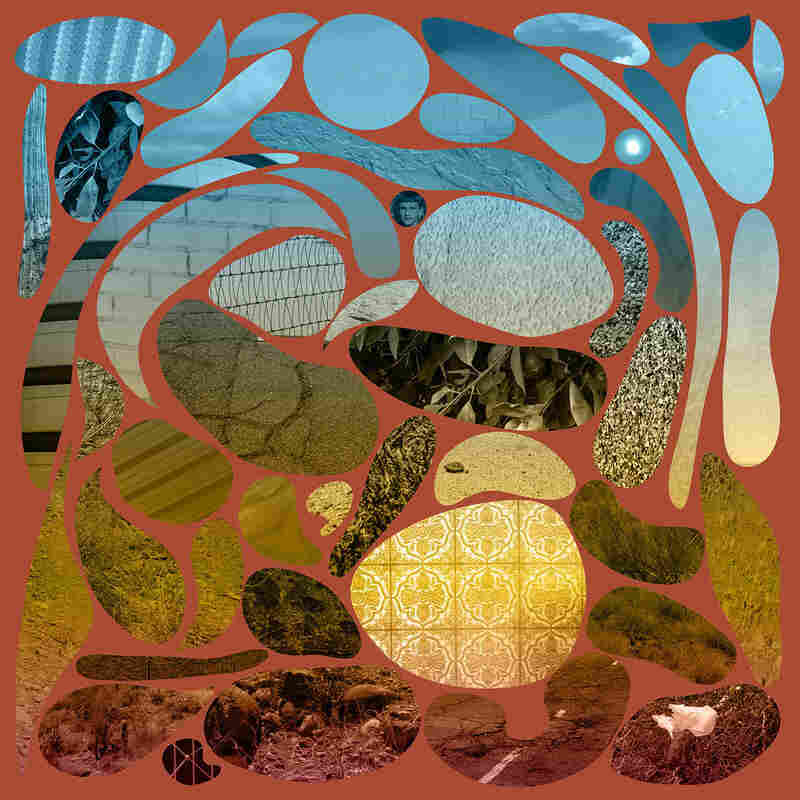 There's a double meaning in the title of Pedro The Lion's first album in 15 years: Phoenix represents an artistic rebirth, to be sure, but it's also a clear-eyed examination of singer David Bazan's childhood in the city of the same name. Vivid details of childhood bicycles sit next to decades' worth of self-flagellation and regret, in songs bound together by some of the year's hookiest, stormiest, most satisfying riffs. It's a feat to reignite an old flame after 15 years; it's another thing altogether to make it burn brighter than ever. —Stephen Thompson 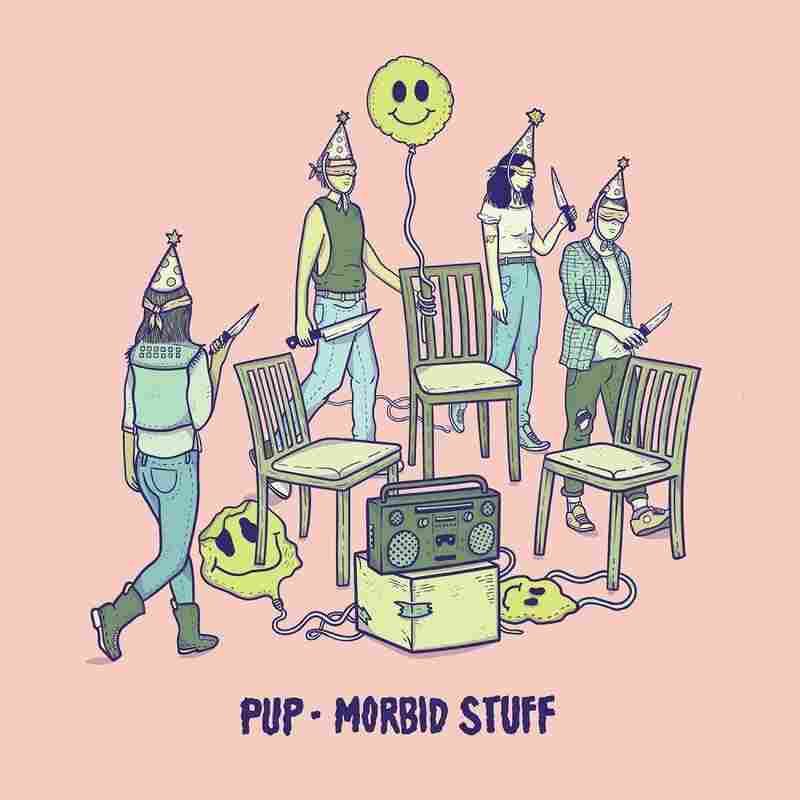 PUP pulls off an impressive trick on Morbid Stuff: The Toronto punks manage to make shout-along anthems out of the existential angst and anxiety of our age. From cyclical reasoning that starts to spiral out of control to the schadenfreude of an ex spotting you practicing self-improvement, nothing's off limits, which makes every chorus all the more worthy. —Lyndsey McKenna 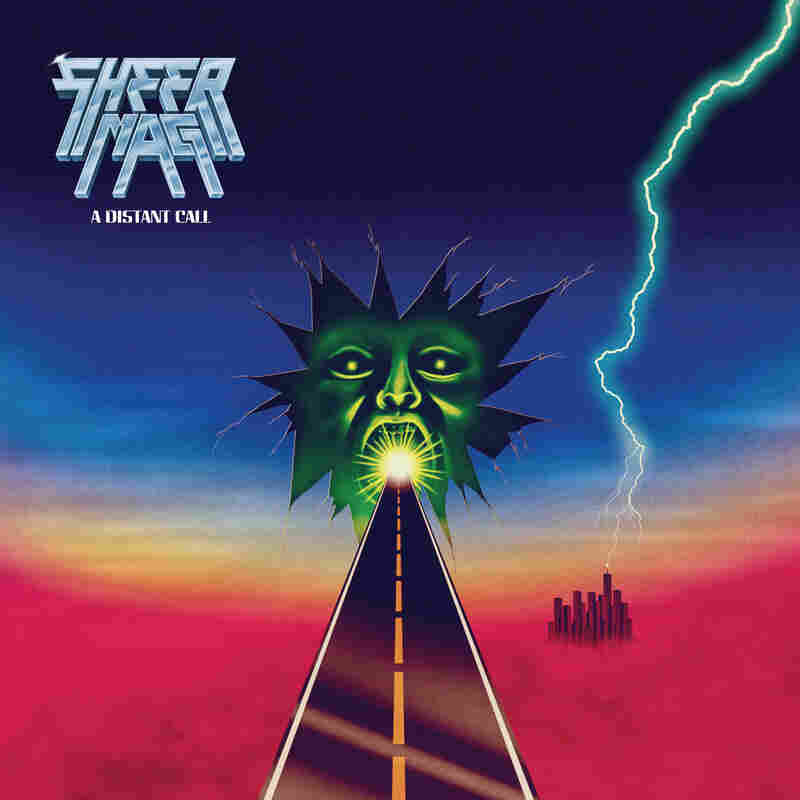 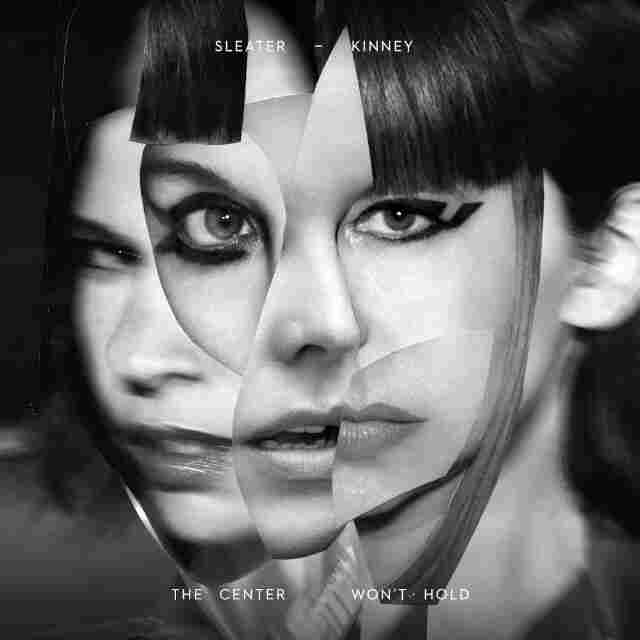 When Sleater-Kinney ended a decade-long break with 2015's No Cities to Love, fans were ecstatic, if unsure what it meant. Was the band really back? Was it a one-off? Four years on, the veteran rock group returns — and stuns — again with its boldest statement yet. The Center Won't Hold rages and rumbles as much as anything Sleater-Kinney has done in its 25-year run, but it warps and bends the band's sound toward darker, stranger territory, thanks in part to St. Vincent's inspired production. The new direction left some fans scratching their heads, and the album's release was clouded by the departure of longtime drummer Janet Weiss. But The Center Won't Hold is profoundly arresting, a refreshing surprise and a testament to just how remarkable and vital the band remains. —Robin Hilton