Accessibility links
The Most Soothing & Punishing Albums Of 2019 The intensity of these albums varies wildly, but the excellence of their execution and the consolation they offer do not.

The Most Soothing & Punishing Albums Of 2019

The Most Soothing & Punishing Albums Of 2019 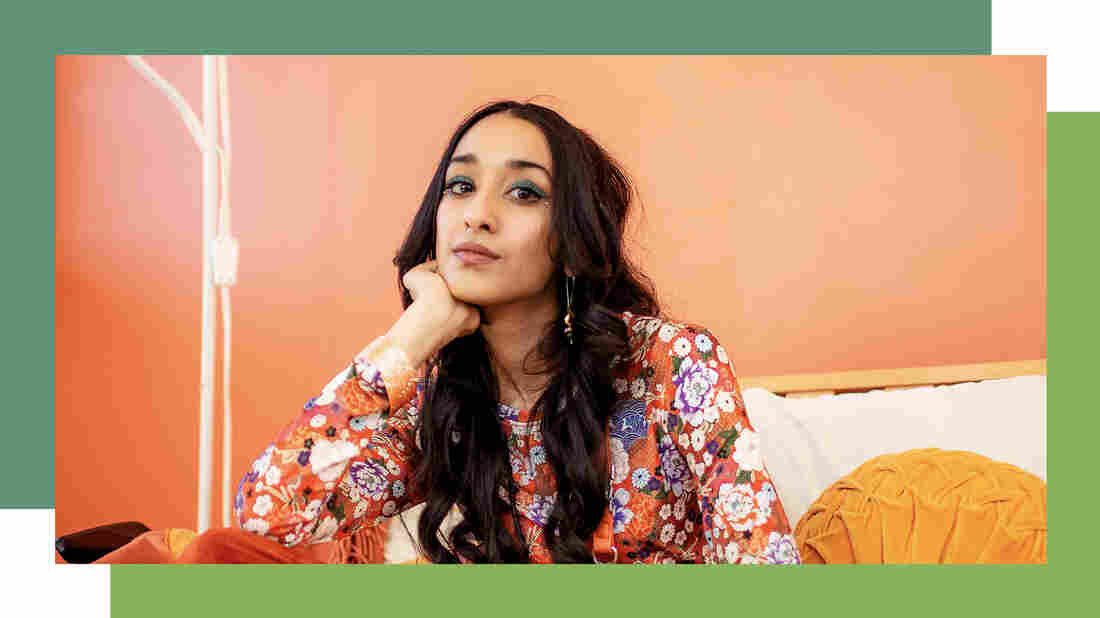 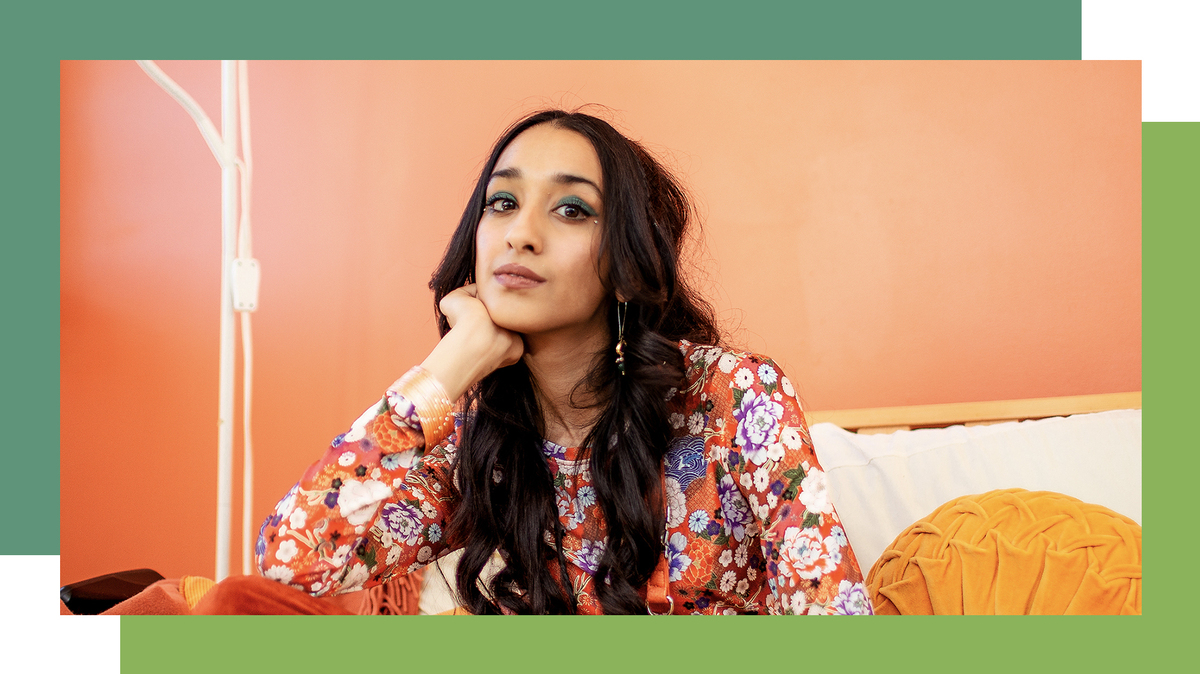 The day-to-day grind of 2019 was relentless. We should know, since we're just steps away from colleagues breaking news nearly every moment. But really, we're all a little wound up — a 2018 study from the American Psychological Association found that 69 percent of Americans reported significant stress when considering our nation's future. The worry, it seems, was warranted. In a year that felt punishing at every moment, we often turned to sonic expressions at the extremes — the cathartic and therapeutic, from noisy punk and pounding piano and literal screams to whispered piano lines and intimate R&B. The intensity of the following albums might vary wildly, but the excellence of their execution and the consolation they offer do not. 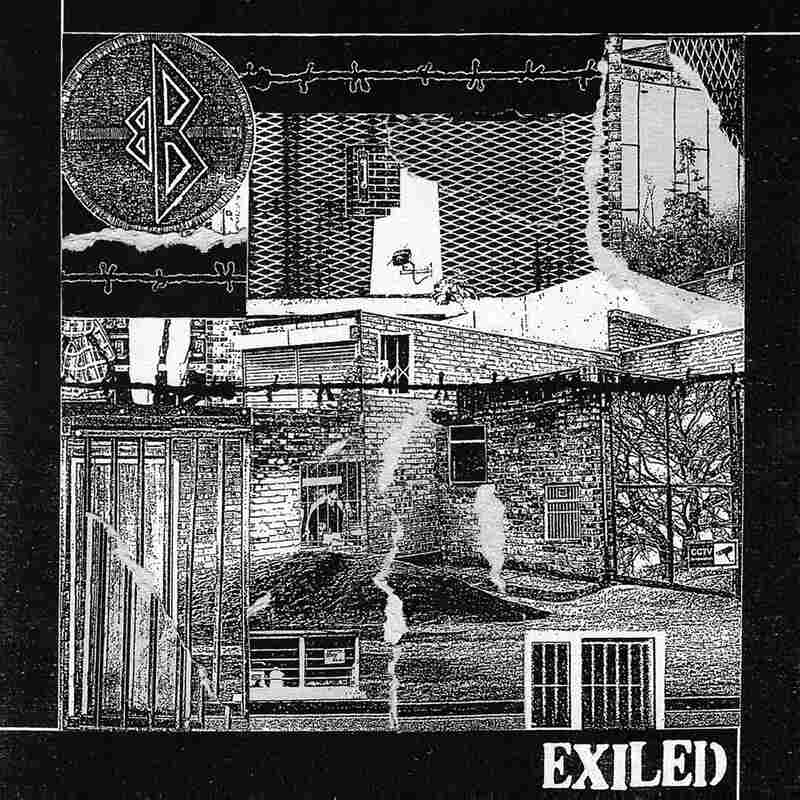 The town of Stevenage, about 33 miles north of London with a population of 87,000 or so, is the central character, and victim, in Bad Breeding's work. It's where the group's four members — singer Chris Dodd, guitarist Matt Toll, drummer Ashlea Bennett and bassist Charlie Rose — work, live and bear witness to the deprivations of the working class, from which they came and still belong, at the hands of borderless capital. In doing so, Bad Breeding has fomented a beautiful, caustic fury that is as artistically impressive as it is unwavering in its rhetorical aims. As they explain, with a knowing button-push: "Hate is the only energy that can sustain you in increasingly brutal times." — Andrew Flanagan 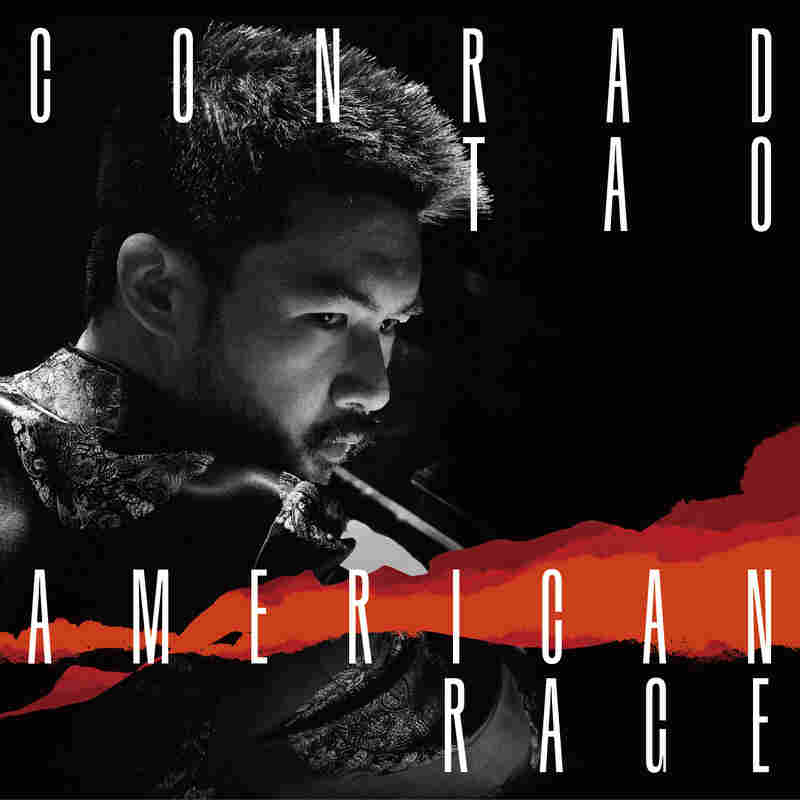 Pianist Conrad Tao is fuming. His album American Rage pounds its fists in rebellion, points its fingers in accusatory fury and proposes only flashes of elegiac serenity and hope. Pent up anger bursts out of Frederic Rzewski's Which Side Are You On, an explosive twist on an old labor song which still resonates vividly, as it did during this summer's mine worker protests in Kentucky. Julia Wolfe's Compassion, written after 9/11, howls in anguished stacks of pounded block chords, while Aaron Copland's war time Piano Sonata offers a bleak canvas of loss and promise. Sometimes, Tao says, you just need to "make a ruckus." — Tom Huizenga 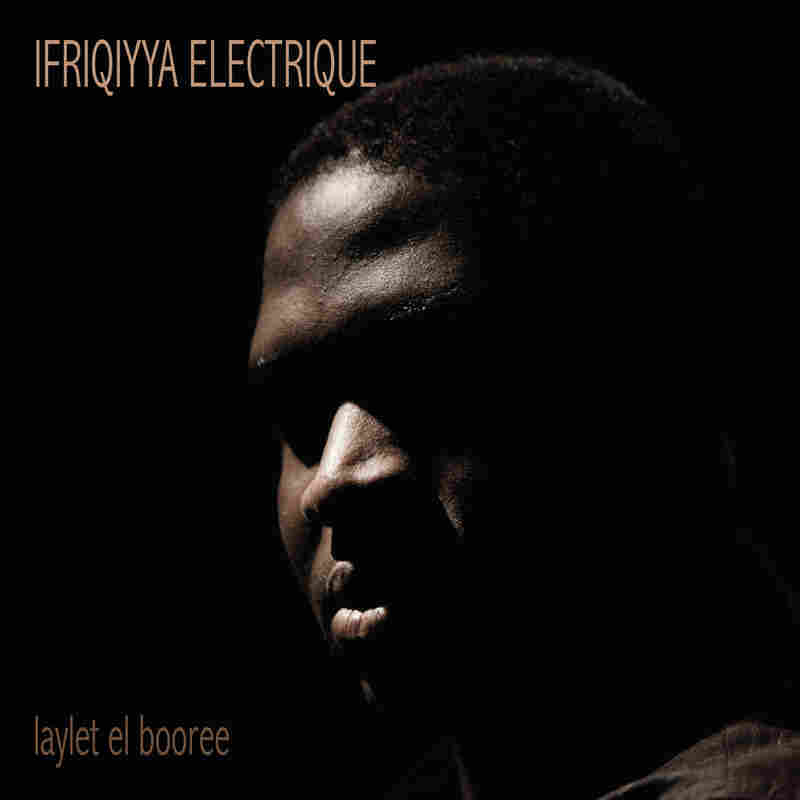 I'd guess that many — if not most — people would characterize the thudding power and lightning-bolt jolts of Laylet El Booree among their "most punishing" sonic picks of 2019. It's certainly true that Ifriqiyya Electrique, a singular band that unites French post-punk players with a group of descendants of Hausa slaves from southern Tunisia, delights in building walls of noise with crunching electric guitar, growling bass and ghostly layers of electronics. But alongside all that is the ineffable, ecstatic sweetness of Sufi ritual trance music from the Banga community, filled with hypnotic polyrhythms clacked out by metal, castanet-like qraqeb and girded by heartfelt, exuberant call-and-response singing. It is, for me, the ultimate in healing, soothing sound. — Anastasia Tsioulcas 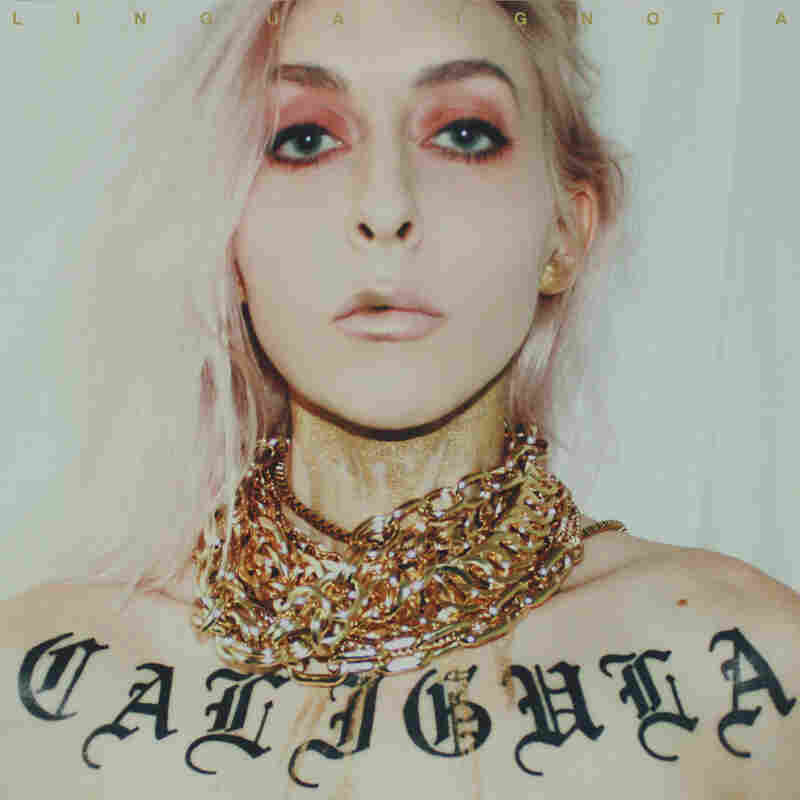 Sure, there's a lot of unhinged, guttural screaming on Caligula. But Lingua Ignota's deeply disturbed masterpiece is as beautiful as it is brutal. After opening with a solemn prayer to St. Jude (the patron saint of lost causes), Kristin Hayter, the classically trained multi-instrumentalist behind Lingua Ignota, lays waste to her enemies. A domestic violence survivor herself, she rages against abusers, misogyny and betrayal, held aloft by her spite. At the same time, Caligula is a richly ornamented, deeply stacked album of stirring string arrangements, pipe organ, harpsichord and bells, with quiet moments of reflection to let you catch your breath. It isn't always an easy listen, but it's by far one of the year's most memorable. — Robin Hilton 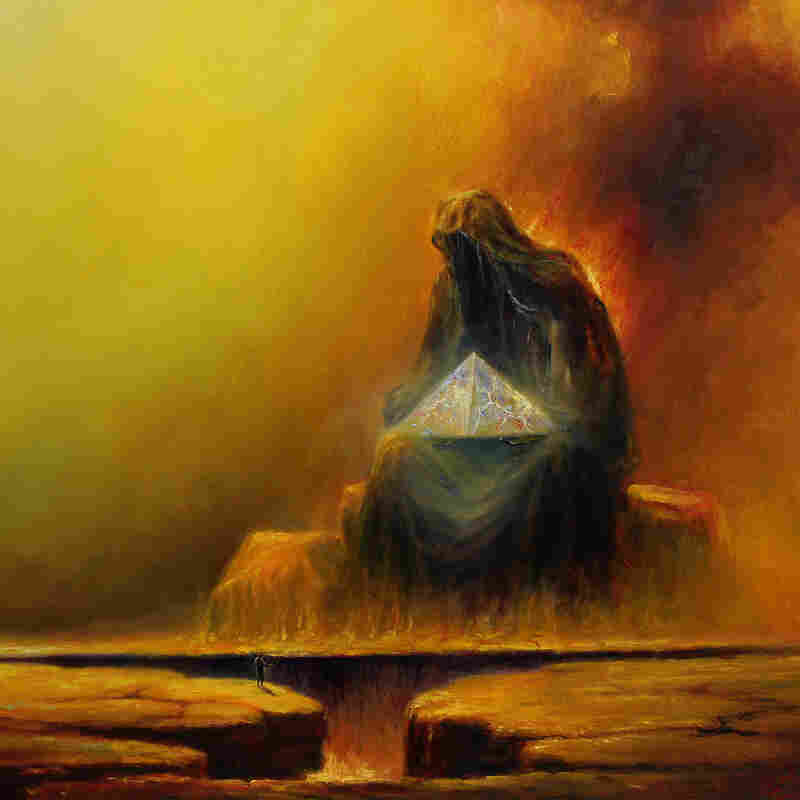 Metal is often measured by its brutality: the sickest riffs, the deepest growls, the most furious blasts. That's all well and grim and true — familiar, nefarious ways to bang your head in debaucherous ecstasy to. Mizmor's masterful mixture of doom, drone and black metal screeches at a corrosive crawl, not unlike its compatriots in Thou and Hell. Mizmor's third album is deliberate and patient in its annihilating pace; lumbering, yet regally melodic riffs echo into a chasm of feedback. There are moments of acoustic levity, but they respond to the thematic weight of Cairn. "I won the knowledge, fully imbued / That God is counterfeit and false / My knowing is empirical and tested / Memorialized by a towering cairn," Mizmor's sole member, A.L.N., screams, illuminating the savage and enlightening loss of faith. — Lars Gotrich 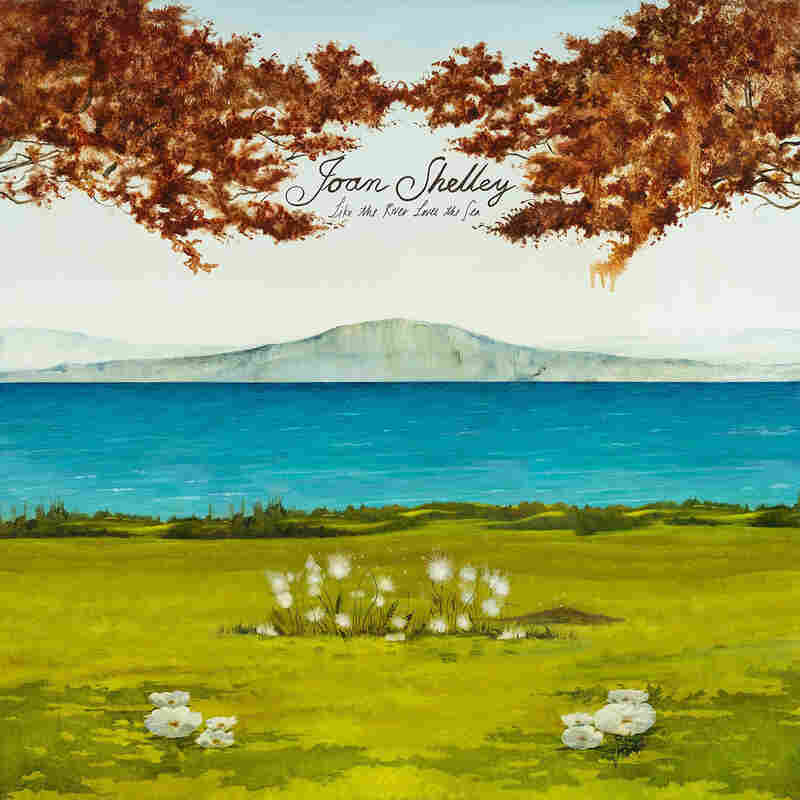 Joan Shelley's remarkable catalog spans the entirety of this loud, rude decade, but as the years have thundered on, the Kentucky singer-songwriter has come to fully master a sense of radiant calm. Her albums conjure woodsy strolls, starlit solitude and heart-to-heart conversations with friends — the stuff of deep comfort, reserved for when you most need a respite from the din. Like the River Loves the Sea leans harder than ever into Shelley's profound gift for graceful exquisiteness, backed as ever by the great guitarist Nathan Salsburg. — Stephen Thompson 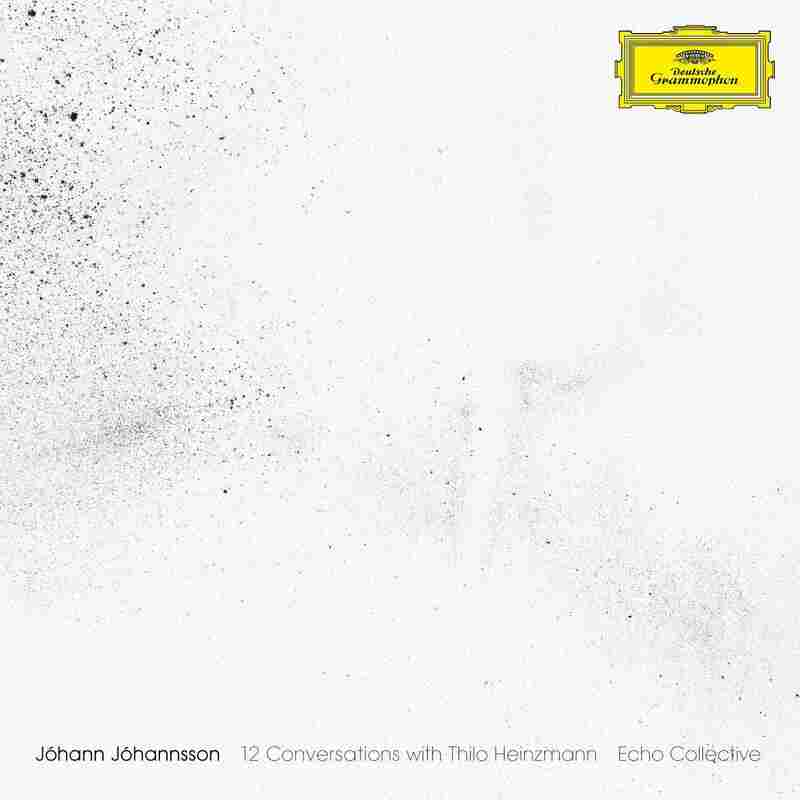 Can a painter and a composer truly collaborate? That question inspired the long path – and many conversations – which led to this tranquil album. The late Icelandic composer was a master of the wistful gesture, which abounds in many guises within this 12-movement string quartet, sensitively executed by Echo Collective. The German artist Heinzmann works in various media to create a distinctive, tactile visual language — the original image from this album cover hung on the wall of Jóhannsson's studio as he composed the music. Together, they offer dances, drones and gentle oscillations teeming with texture, light and color that lead to an enhanced sense of presence. — Tom Huizenga 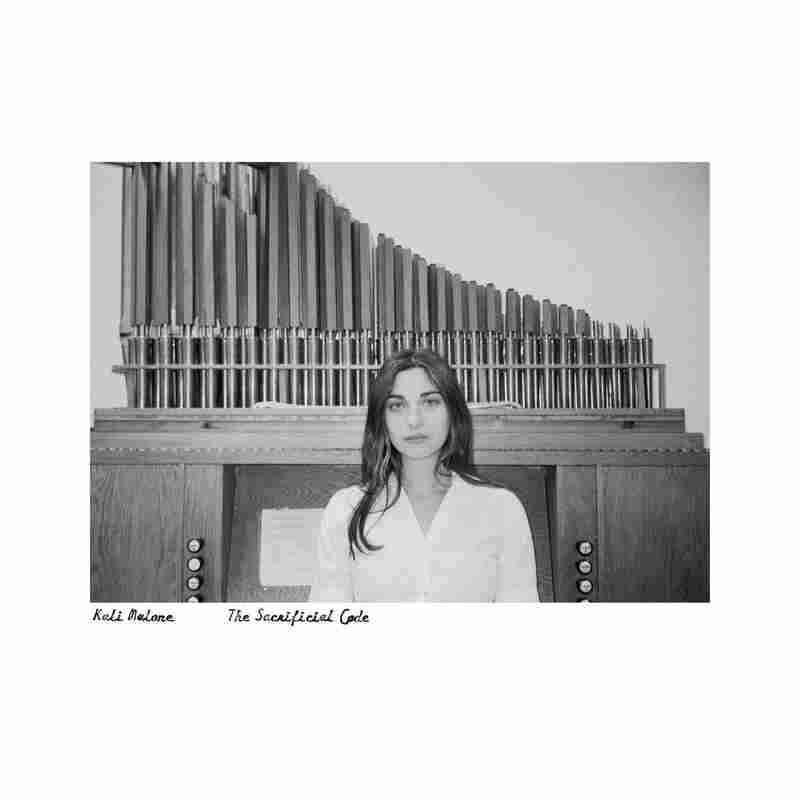 Over the past few years, Kali Malone has very quickly caught the ears of deep listeners. The American-born, Stockholm-based composer typically writes drone works for an ensemble of winds, brass and synths. Simultaneously, she's developed a pipe organ repertoire first collected on Organ Dirges 2016-2017, but most movingly realized on The Sacrificial Code. Unlike some bombastic pipe organ recordings of yore, Malone opts for close placement of microphones to create an intimate, tangible experience — listen closely and you hear the stops click, sheet music rustle and you feel the air push through the wood and metal. Alternating between long tones that cluster and release and melody-driven laments, think of these longform pieces less as dirges and more as divinations to slow your pace. — Lars Gotrich 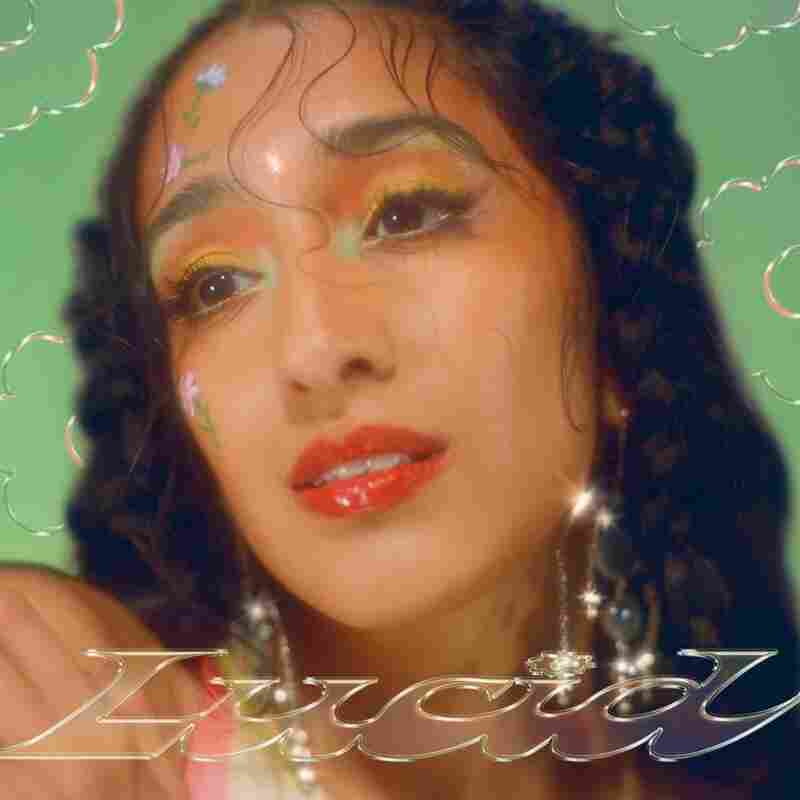 For Raveena Aurora, the process of healing never ends. A survivor of sexual assault, the 25-year-old made it clear that Lucid, her spell-binding debut album, was not about the experience or her abuser, but about the journey towards, and power of, her recovery from it. Over 44 minutes Raveena unpacks the love, confusion, pain, shame and joy she found on the road towards reassembly; the songs "Stronger" and "Salt Water" find her excavating confidence from pain, while the hushed avant-pop of "Still Dreaming" and "Petal" cradle her conclusions about life after trauma. Lucid reminds us of the kind of quiet strength that comes with being your own savior. — Sidney Madden 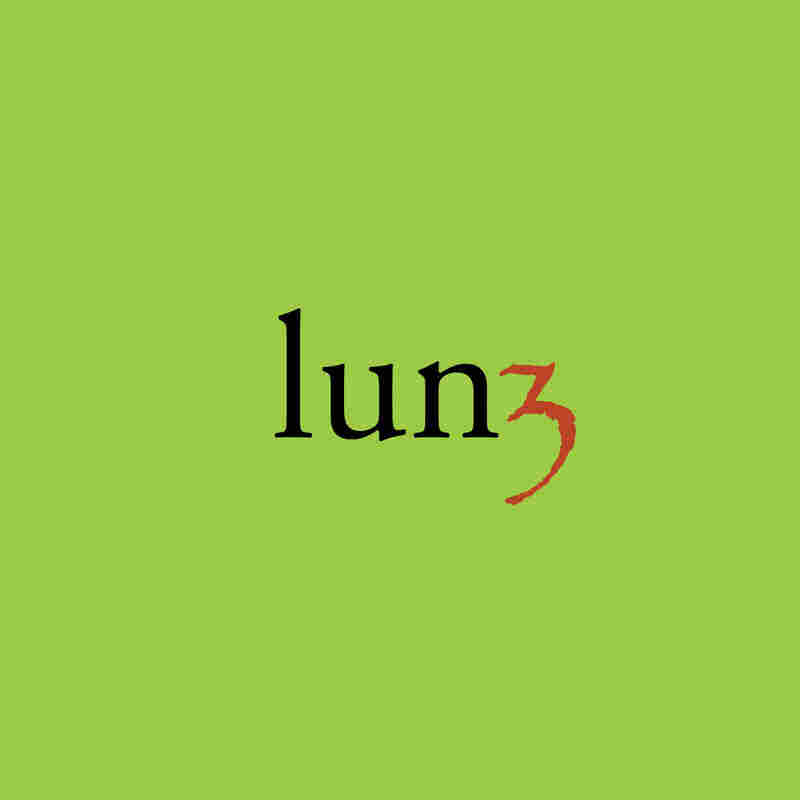 When you listen to Lunz 3, Hans-Joachim Roedelius and Tim Story's creative process is made as plain as the rain on the window, and as silky and seamless as the drops running down it. The pair has collaborated intermittently for nearly 20 years, often aiming to recombobulate and recombine their lifetimes of sound work. (Roedelius is one of the most influential German experimentalists of the last century, while Story has a prolific catalog of ambient and New Age work to his name.) The result, assembled from snippets and phrases from disparate recording sessions, is a breathtaking new whole. As Story puts it, the goal is always that the experience of listening "transcends its sources and processes, and becomes its own living, breathing organism." Climb in. — Andrew Flanagan

The Most Punishing and Soothing 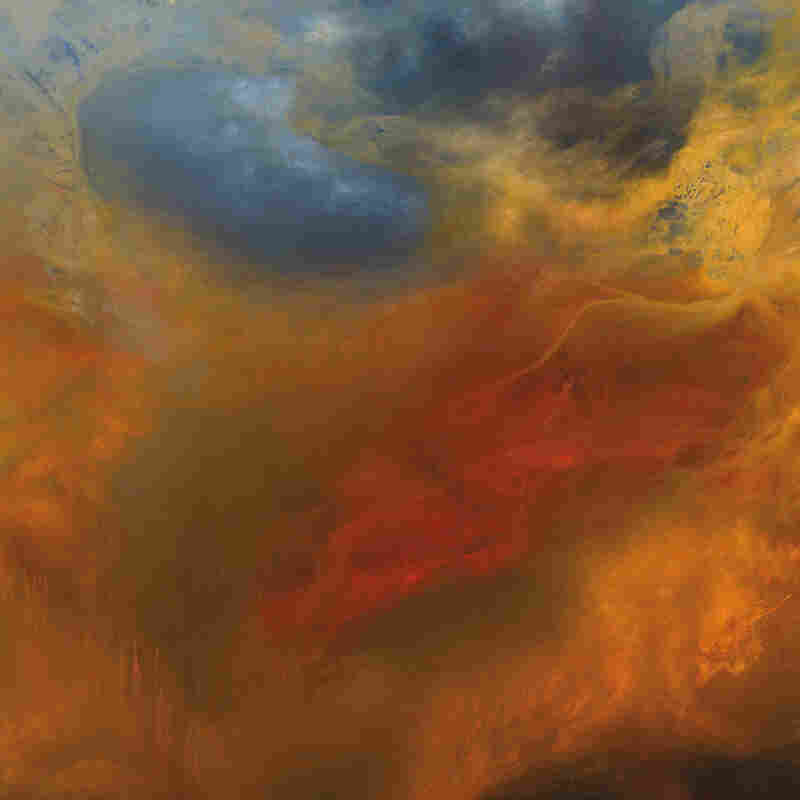 Punishing? Soothing? Melt these opposing forces into a viscous alloy, and you could easily be talking about Life Metal, the first of two 2019 releases by Sunn O))). Even more than usual for this fabled drone-metal duo, the album conveys a sensation of awestruck immersion: standing alone at the base of a canyon, or on the lip of a chasm. Especially in the double vinyl edition for which it was designed — one unbroken performance per side, with Steve Albini's mix bringing out subtleties of texture in the distorted guitars of Greg Anderson (left channel) and Stephen O'Malley (right channel) — it's an unabashedly monumental listen. Its calm resides in the realm of spiritual surrender, neatly captured by the Aztec poetry that cellist Hildur Guðnadóttir sings on an epic opening track: "Not forever on earth; only a little while here." — Nate Chinen