Accessibility links
21 Country Tunes That Mixed Ambition And Tradition In 2019 Some of the best country songs of 2019 were equal parts tradition and ambition. 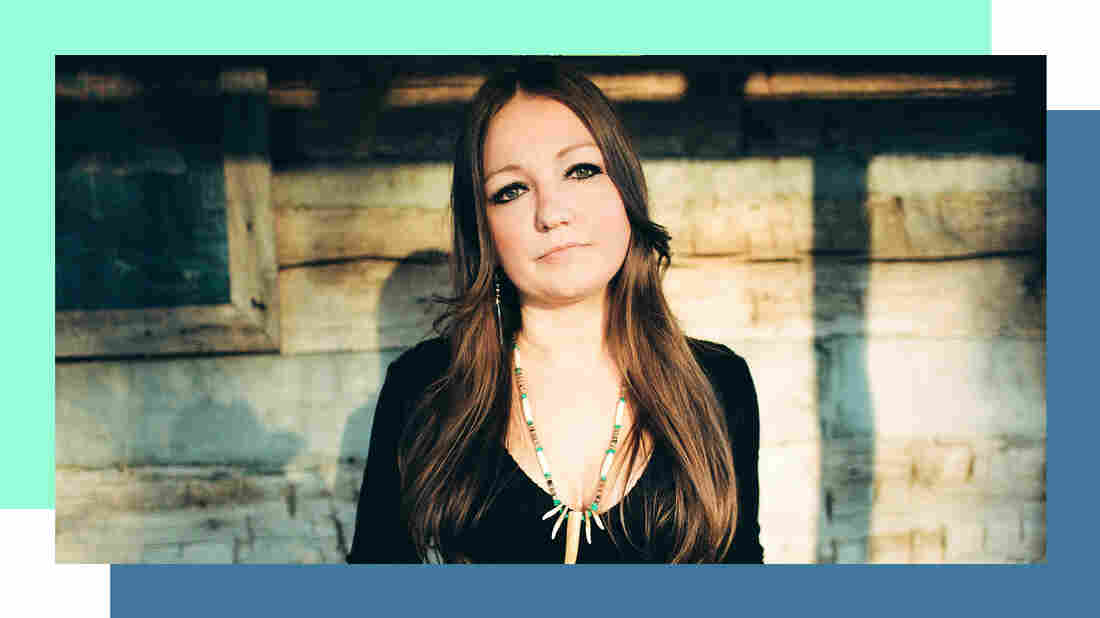 Enlarge this image
Laura E. Partain/Courtesy of the artist 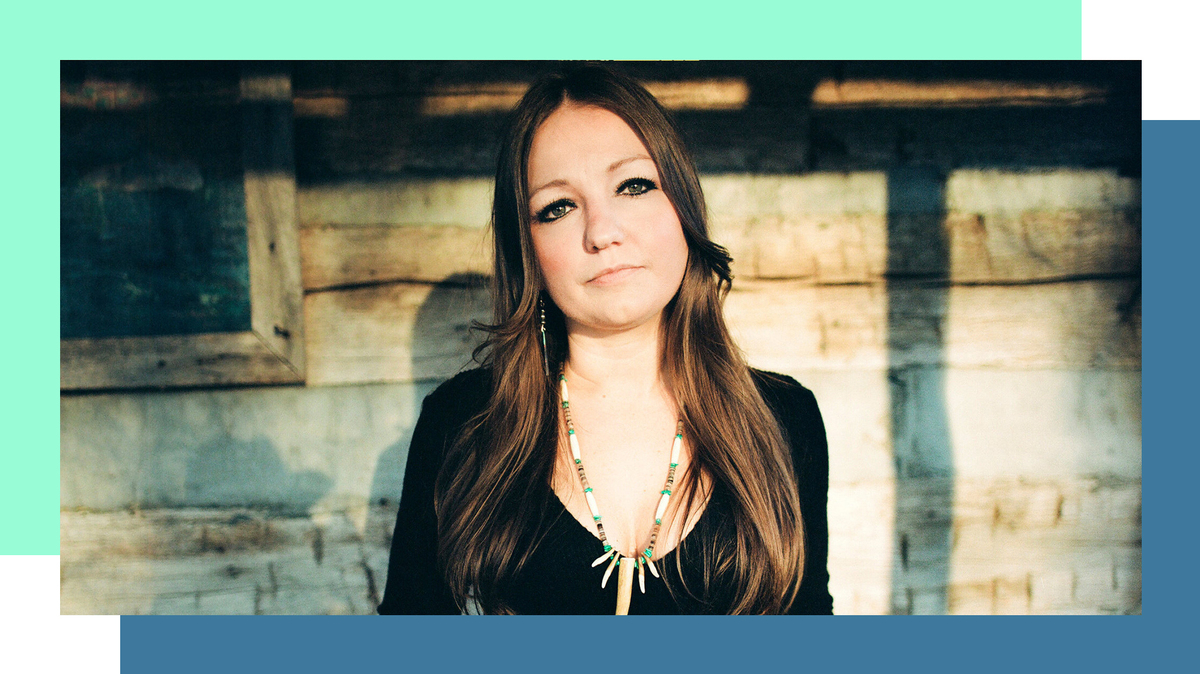 For most of this decade, contemporary country-pop has been a realm of particularly porous boundaries and thoroughly hybridized sounds. Before the 2010s, when country was understood as a grown-up music courting a grown-up audience, pop influence filtered in at a more measured pace. Then radio and streaming services started targeting a more youthful demographic that metabolizes pop trends faster, and we saw bits of hip-hop, R&B, soul, pop, nu-metal and emo style and attitude seep into everything from country songwriting and production to vocal cadences, rhythm tracks and visual presentation.

Traditional templates can seem rigidly conservative next to this malleability, but 2019 was a year when independent operators, commercial contenders, reigning stars and old hands alike found robust possibilities in earlier approaches just distant enough in country's evolutionary lineage to seem like fresh ingredients again. Country tradition is nothing if not a continually moving target. These developments registered on the charts here and there, and felt like a course correction. But, as always, a lot of the action happened either on the margins of or well outside the radio format, in the broader landscape of the genre and its rootsy fringes. For the umpteenth year in a row of the industry's dismal gender imbalance, it was on women artists to stake out whatever space they could.

You can stream this playlist via Spotify or Apple Music.

Mary Bragg, "I Thought You Were Somebody Else"

The album that singer-songwriter Mary Bragg self-produced during solitary, late-night, home studio sessions has its share of dusky performances, but none telegraphs more than this torch ballad. With her gauzy timbre, jazz-tinged vibrato and knowing sighs, she recalls the pleasure shared with a former lover, simultaneously registering her disappointment in them and rubbing in what they lost.

Classic pop refinement and the naturalness of old-time mountain music occupy separate realms in the minds of many people, but for the third album in a row, Dori Freeman has fashioned them into complementary elements of her sound. In this song, she shoos away a fickle lover with her sublimely steady performance, the chorus a lilting cascade of notes delivered with airily self-possessed ease.

Lainey Wilson's output to date, in the form of loosie tracks and EPs, proves her capable of blending a thoroughly countrified vocal approach with digitally sharpened contemporary production, thanks to the suppleness and body of her honeyed, crystalline twang. Here, she draws a subtly biting contrast between a "boy" fleeing commitment and a man, artfully filtering impatience through her nonchalance.

Tired of material that didn't give him much room to stretch out vocally, Randy Houser made an album full of climactic ballads and roadhouse grit. He begins this tune with anguished anticipation, singing like he's pacing in circles. When his desperation boils over, he roars from the gut.

Part of the '90s country influence that a young and rowdy crowd has responded to in Luke Combs hits like this is the way they reflect his good-natured, self-deprecating persona. You could hear this song as a winking, barroom rationalization of a down-home guy who wishes he could escape the things in his life that require emotional investment. It's also a hard country barnburner whose muscled-up riff recalls an era of rocking, robust twang.

Before the release of this track, it had been a good, long while since a mainstream single opened with a hearty fiddle kickoff. Jon Pardi is a devotee of country instrumentation that's faded from use — not just fiddle, but steel guitar too — and he treats high-energy honky-tonk as present-day party fare. Even on a midtempo number like this, there's a buzzsaw edge to his vocal attack and acceleration to his phrasing.

Midland, "I Love You, Goodbye"

There's always been quite a bit of self-awareness and craft to Midland's suave gestures. Here, the trio attempts a low-key exit from a love affair with a temperate melody and clean-toned guitar luster.

Mike And The Moonpies, "Cheap Silver"

Mike And The Moonpies ordinarily specializes in easygoing numbers that swing or shuffle. But the Texas outfit took an urbane turn this year with an orchestrated album that included this handsomely billowing, wistful track.

Miranda Lambert's early repertoire was full of Texas dancehall numbers like this. But her wordplay's gotten wittier and more elevated and her music more mischievous. Here, she shifts from tipsy waltz-time verses to a straight-ahead chorus and back, wryly complaining that she can't find a man who can keep up.

Some of the old country-gospel tunes and moral recitations could be maudlin and moralizing. Paul Cauthen pulls of a fascinating theatrical subversion: He delivers street-toughened yet spiritually attuned spoken word passages with cockeyed poetic phrasing and a throaty Johnny Cash rumble, then erupts into melodramatic prayer.

On this year's Other Girls, Lillie Mae finally got the chance to bring her prismatic take on country, folk and country-rock into striking focus. This tune's simple, repetitive structure and its sophisticated, almost Jimmy Webb-like melodic lift make it a winsome framing of reflection and regret.

Maddie Marlow and Tae Dye took two familiar templates — an ode to a mother's wisdom and a breakup weeper — and crafted a quietly vivid plea for reassurance in the wake of a first adult love.

The Quebe Sisters, "Summer of Roses"

One of the tunes this western swing sibling outfit tackled on this year's self-titled set was a cover plucked from a 1971 Willie Nelson concept album. In their arrangement, the Quebe Sisters savor the sweetness of romance with the melancholy awareness that it's fleeting. Their three-part harmonies on fiddle and vocals swell and slide between pleasure and a hint of dread.

The pop side of country has a rich tradition of crooners, but smooth, easy singing styles were all but banished decades ago by power country's arena-rock bluster. Though barely into his 20s, Dee White is bringing gentility back. He tiptoes through this performance with graceful, Latin-tinged syncopation, mooning over the tender memories stirred by seeing a former lover in the embrace of a new beau.

The trio's biggest hit asserts buoyant independence, but this gleaming Appalachian update puts the members' bright harmonies to pining use. The arrangement is particularly fetching when first a solitary voice sings a line, then the second joins, then the third, accumulating images of a natural world altered by their forlornness.

This Texan built a big enough following outside the system with his George Strait-like, old-fashioned dignity and decorum that Nashville came calling. In this rootsy track, he confides in his woman his fantasy of building her the home in the country she's always wanted.

Erin Enderlin, "Use Me Again"

Country's lineage of heartsick story songs has a champion in Erin Enderlin. This tune, from an episodic series of EPs that she combined into a concept album, plays out scenes of late-night weakness from the wearily stoic vantage point of the other woman.

Reba McEntire, "The Bar's Getting Lower"

So many of the ballads that Reba McEntire sent to the charts in the late '80s and early '90s amplified ordinary tragedy. She got back to that this year, and it was especially moving to hear her find the emotional center of this vignette of an aging woman contemplating her dwindling options.

Kalie Shorr figured out how to blend the unfiltered, irreverent tumult of youthful storytelling with a country approach to grieving on her magnetic full-length debut. There's both anger and softness in lyrics that link her coping mechanisms with those that have helped and harmed others in her family.

Just like Loretta Lynn laid out her origin story in "Coal Miner's Daughter," Kelsey Waldon pinpoints the rustic people and place she came from in this song. What comes through alongside her affection and pride at their resourcefulness is her awareness that they're complex and flawed.

Tyler Childers has proven himself to be a vivid, arch and earthy narrator. In this waltz-time vignette, he wryly captures the sense of suffocation felt by a rural guy trying to survive in the city.