Accessibility links
'Hala' Review: A Pakistani American Teen Tests The Bounds Of Family And Faith Minhal Baig's new film about a Pakistani American teen captures what it's like to feel paralyzed, with one foot in adulthood and the other in childhood. 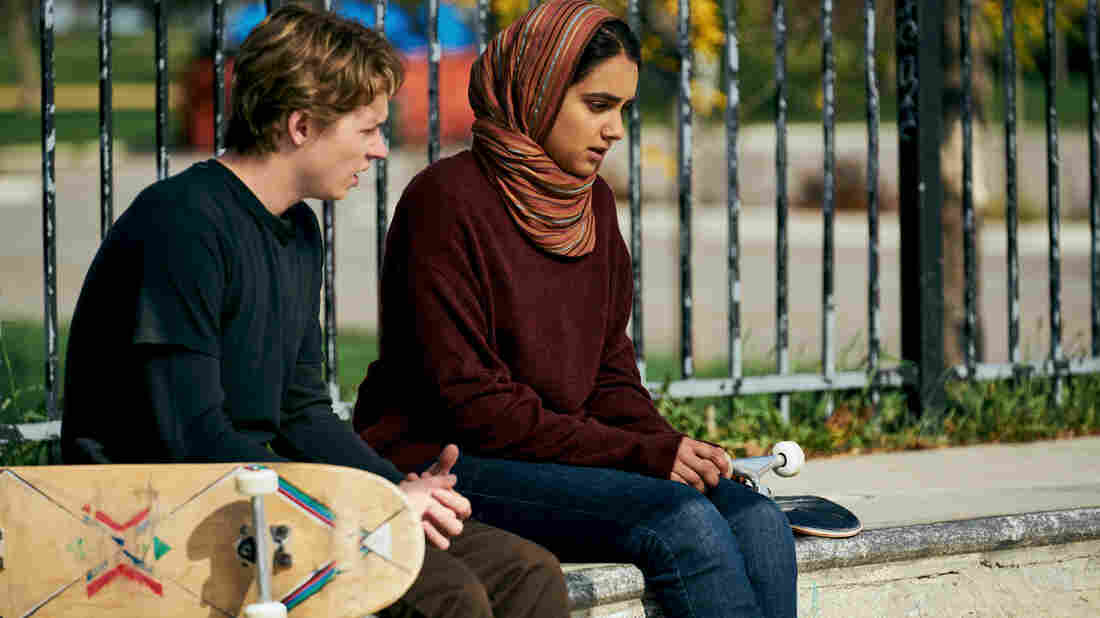 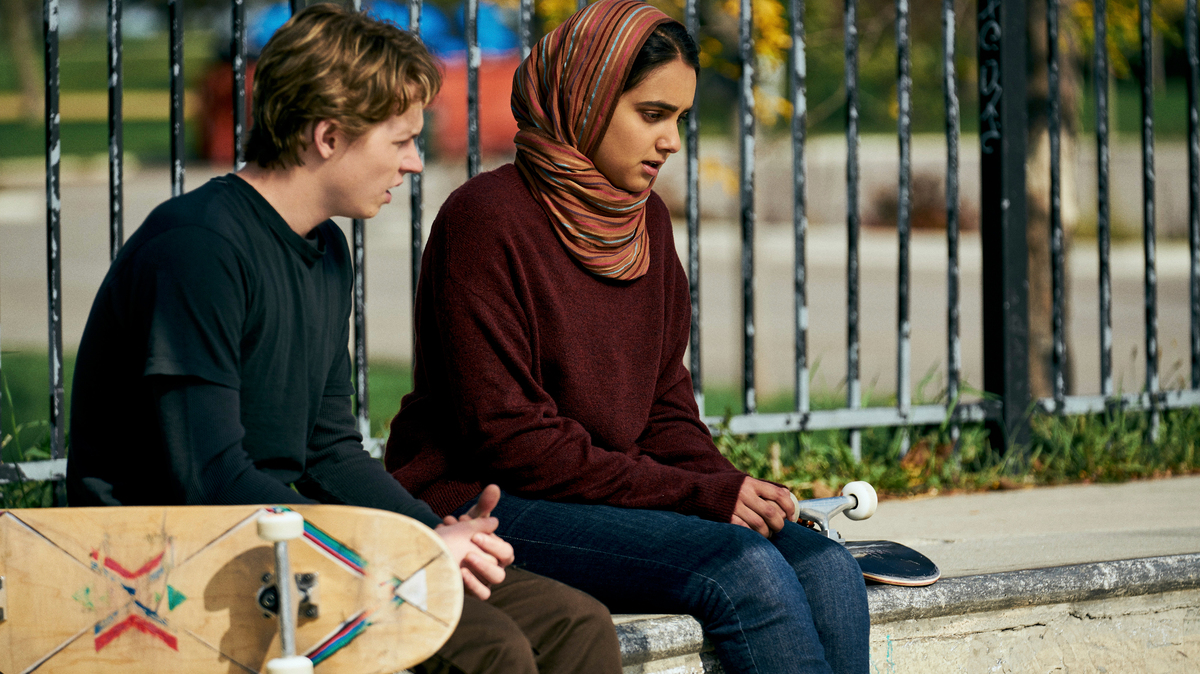 Discovering your parents aren't perfect and that they're actually far more complicated than you imagined is never easy to process. But it can feel especially overwhelming when you're 17, like the protagonist of Minhal Baig's first feature film, Hala.

The film, which debuted at Sundance earlier in 2019, is about the generosity daughters rarely extend to mothers — how we find that generosity and the role identity can play in the process. Geraldine Viswanathan stars as Hala Masood, a first-generation Pakistani American living in Chicago.

Hala wears a hijab and loves skateboarding and literature in equal measure. She and her father, Zahid, an attorney, share a bond as the intellectuals of their family. Their relationship can feel sweetly clubbish; they speak to each other in English and eagerly partake in the delights of Western culture.

Hala's mother, Eram, is a witness to their discussions of books and their shared crossword puzzle rituals, but she's never a participant. Instead, she occupies the role of conservative spoilsport, confined to the bores of domesticity. Eram's marriage to Zahid was arranged in Pakistan. In America, she clings to tradition and to her native tongue of Urdu — much to Hala's muted disdain.

As Hala, craving more freedom, begins to test boundaries, Eram grows stricter and more suspicious. She interrogates Hala about whether she's been spending time with boys — a huge no-no — and she picks out clothes Hala hates, inspiring ever more ire and resentment in her only child. But then, as Hala's own secret relationship with a white boy at school is blossoming, she discovers a monumental betrayal: Her father is having an affair with a white attorney at his law firm.

What follows is a beautifully nuanced and perceptive portrayal of Hala's anguish and confusion. The film is immensely affecting because Baig captures what it's like to feel paralyzed, with one foot in adulthood and the other in childhood.

Hala is precocious in the way that only children often are: She carries herself with a studied, sensitive seriousness and recites Jane Austen aloud with her crush. But no amount of literature can prepare her to deal with the complex devastation that comes with learning of her father's affair. What I find striking is how Baig conveys what Hala is experiencing when she has so many restrictions on how she can outwardly express her emotions.

From the moment the film begins, Hala is faced with a challenge. She's trying to figure out how to balance her nascent sexuality with the expectations of her Muslim household. As the film progresses, she begins to see her mother in a newer and more compassionate light.

Hala starts to appreciate that Eram's provincialism is more of an unwanted prison than a choice. That becomes apparent when the Masoods host a Pakistani couple and their son, Arash, for dinner with the goal of making a match. Hala has not been consulted at all, and she barely speaks. When Zahid interrupts the dinner table awkwardness by ordering Hala to clear the dishes, her mother unexpectedly objects. "Let the child eat," she says in Urdu. "Zahid, we're no longer in a time when women do all the work. We're not living in Pakistan anymore." Overwhelmed, Hala runs out and doesn't return until the next day.

The film shines with a glorious commitment to the emotional evolution of its female characters, which Mandy Hoffman's score accents with notes of subtle agony. As Hala is discovering how gender has limited her mother's life and how it ties the two of them together, cinematographer Carolina Costa envelopes the two in shadow. But when she leaves home for college, Hala literally gets to step into her own light. Baig backlights her heroine, and we see her in silhouette as sunshine pours into her dorm room. There, she gets to decide what she will carry — from her mother, and from Islam — as she becomes the woman she wants to be.

In the audio of this story, as in a previous Web version, we incorrectly give James Sizemore credit for scoring the film. In fact, Mandy Hoffman is the composer of Hala.