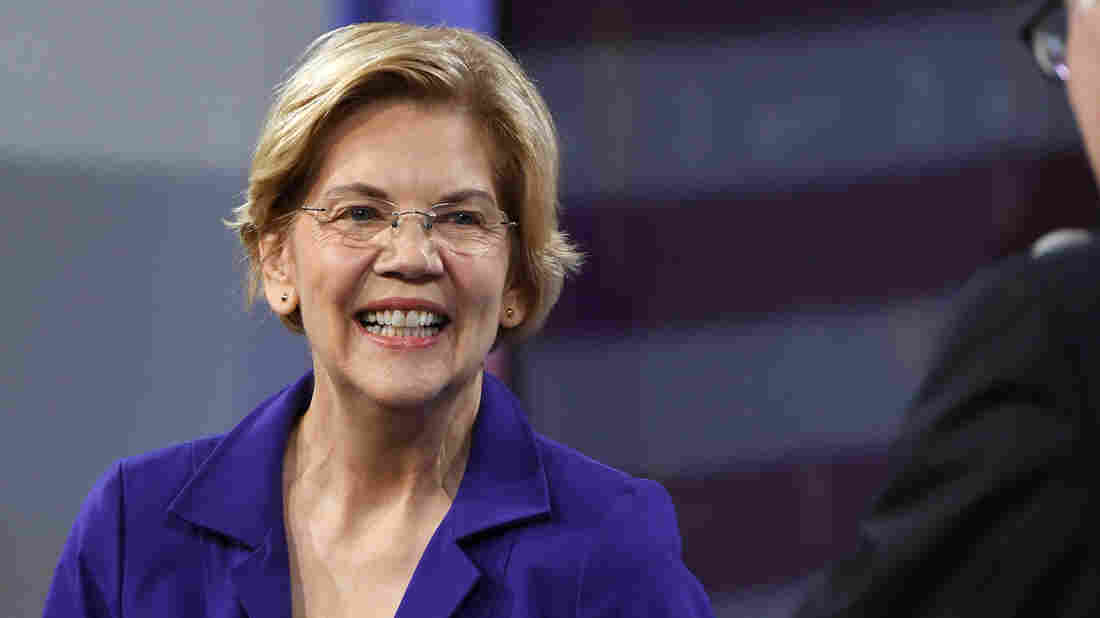 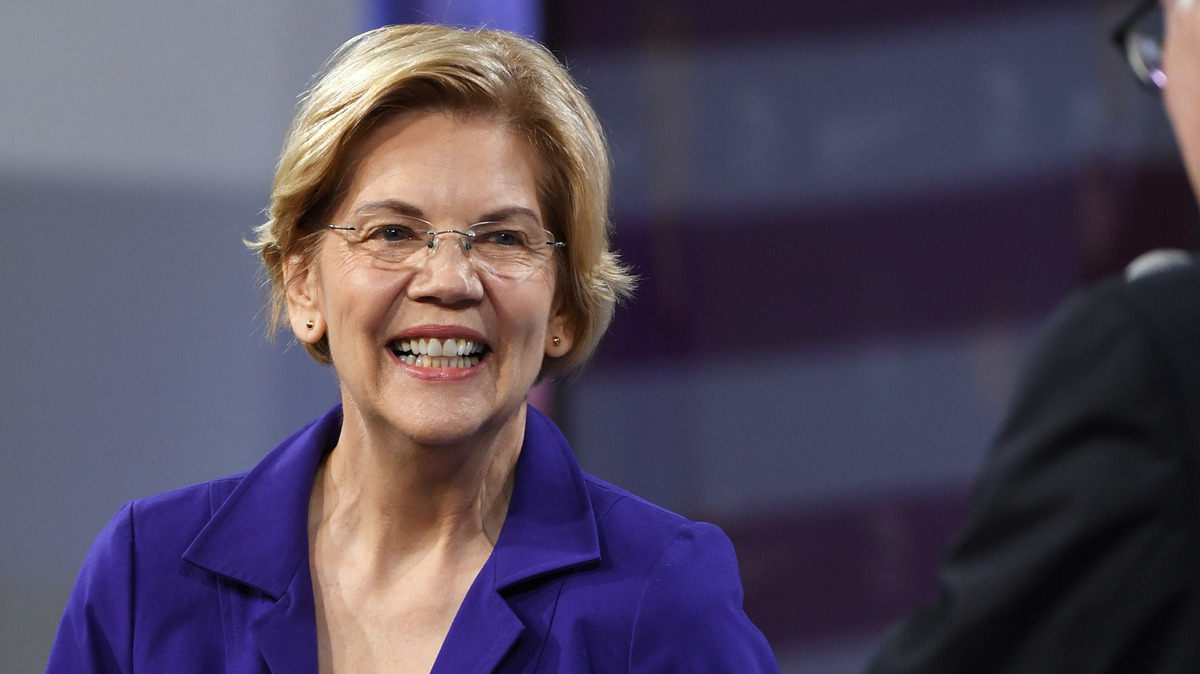 The former law professor in the 2020 field is the only presidential candidate to earn an A in a new scorecard, released on Wednesday by the grassroots progressive group Indivisible.

Massachusetts Sen. Elizabeth Warren earns 95% in a ranking that evaluates candidates' stances on the top progressive issues that Indivisible's hundreds of local chapters prioritize, chief among them "democracy reforms" such as ending the Senate filibuster, expanding voting rights and increasing the size of the U.S. Supreme Court.

The group shared its scorecard results exclusively with NPR ahead of their publication.

Vermont Sen. Bernie Sanders is a close second behind Warren at 89%.

(The group scored candidates who both qualified for the October debate stage and signed Indivisible's candidate pledge, including a vow to avoid overly negative campaigning and support the eventual Democratic nominee, among other things. Hawaii Rep. Tulsi Gabbard and tech entrepreneur Andrew Yang did not sign the document, and therefore were not assessed.)

The scorecard was built around policy priorities determined by the hundreds of local Indivisible groups around the country. The group came up with a lengthy questionnaire grading candidates on immigration (support for a path to citizenship, among other policy questions), climate (support for the Green New Deal, among other things), and several other areas.

Ezra Levin, Indivisible's co-founder, says those questions have emerged as the top priority for the hundreds of local Indivisible groups around the country. "I think there is this fundamental belief, this recognition that Donald Trump is a symptom of a much deeper sickness afflicting our democracy, and that if we're actually going to fix that, it's not just about beating Donald Trump, which we all agree is a prerequisite. It's also about what do you build afterwards?" he said. "And that means you've got to have some sort of plan for preventing the next Donald Trump from rising, and that naturally leads to democracy reform."

Still, beating Trump has remained the central issue in the Democratic primary and has led to a near-obsessive focus from many voters around one nebulous word: electability.

As many voters have determined that "electability" means an experienced, well-known and relatively moderate candidate, Levin has been one of the many loud voices arguing the opposite. "From our point of view, the way you beat them is by ensuring that you got your base out," he told NPR. "If you have one candidate who is proposing a big, bold idea for the future, and one candidate who is proposing something that just tries to not offend you, generally, the voters are going to go for the real thing."

So Levin is concerned that the candidate who has led almost every national poll this year comes in dead last.

"I don't think Joe Biden is the most electable candidate. I think he's among the least electable candidates. I think he is going to have a hard time mobilizing communities of color and young people to get out and vote for him. I think that that is going to be a danger if he becomes the nominee. I don't think it's a given," Levin said, though he was quick to emphasize that if Biden wins the nomination, "every single Indivisible group will rally around him to ensure he becomes president."

Indivisible hasn't decided whether it will formally endorse a candidate in the primary, though Levin says that could change at some point during next year's primaries and caucuses. The group says it will continue discussions on an endorsement with local Indivisible leaders, and they plan to continue to update candidates' scores as they change or further clarify positions the group is tracking.