Accessibility links
Federal Judge Blocks Use Of Military Construction Funds For Border Wall A case brought by El Paso County, Texas, is similar to another won by the Sierra Club in California. The U.S. Supreme Court said wall construction can continue while the Trump administration appeals. 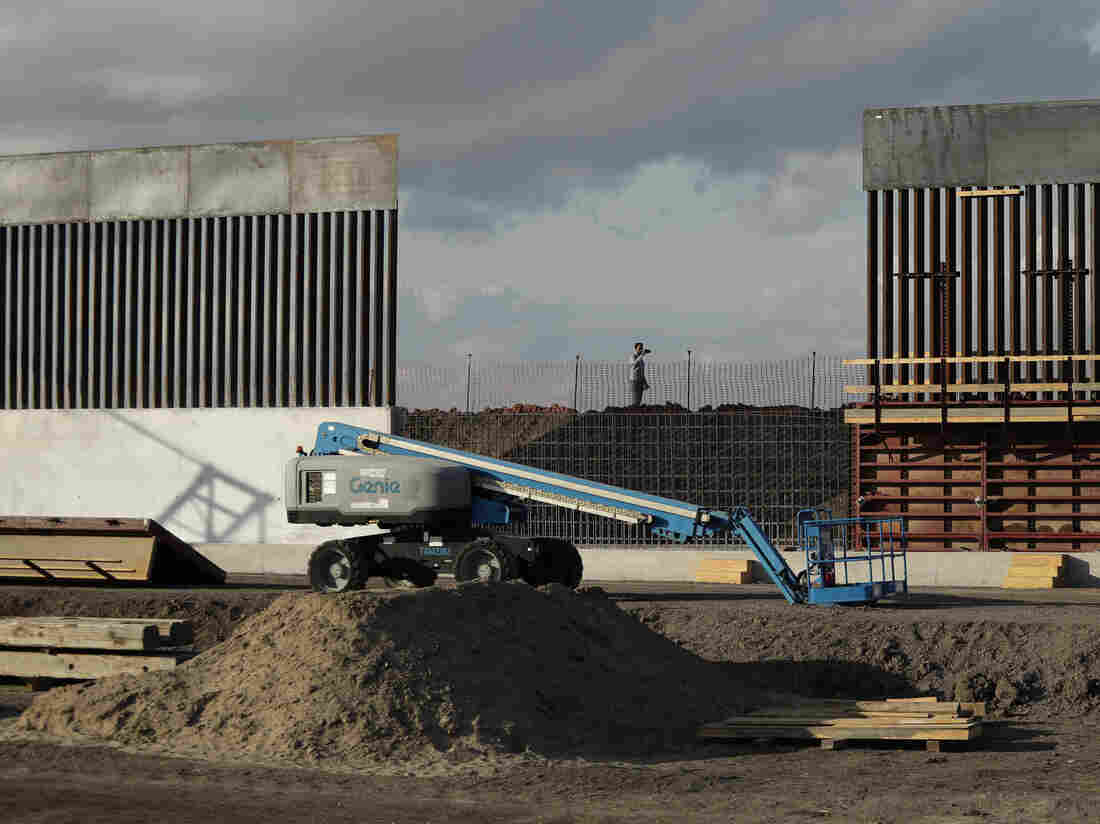 The first panels of levee border wall are seen at a construction site along the U.S.-Mexico border last month in Donna, Texas. The new section, with 18-foot-tall steel bollards atop a concrete wall, will stretch approximately 8 miles. Eric Gay/AP hide caption 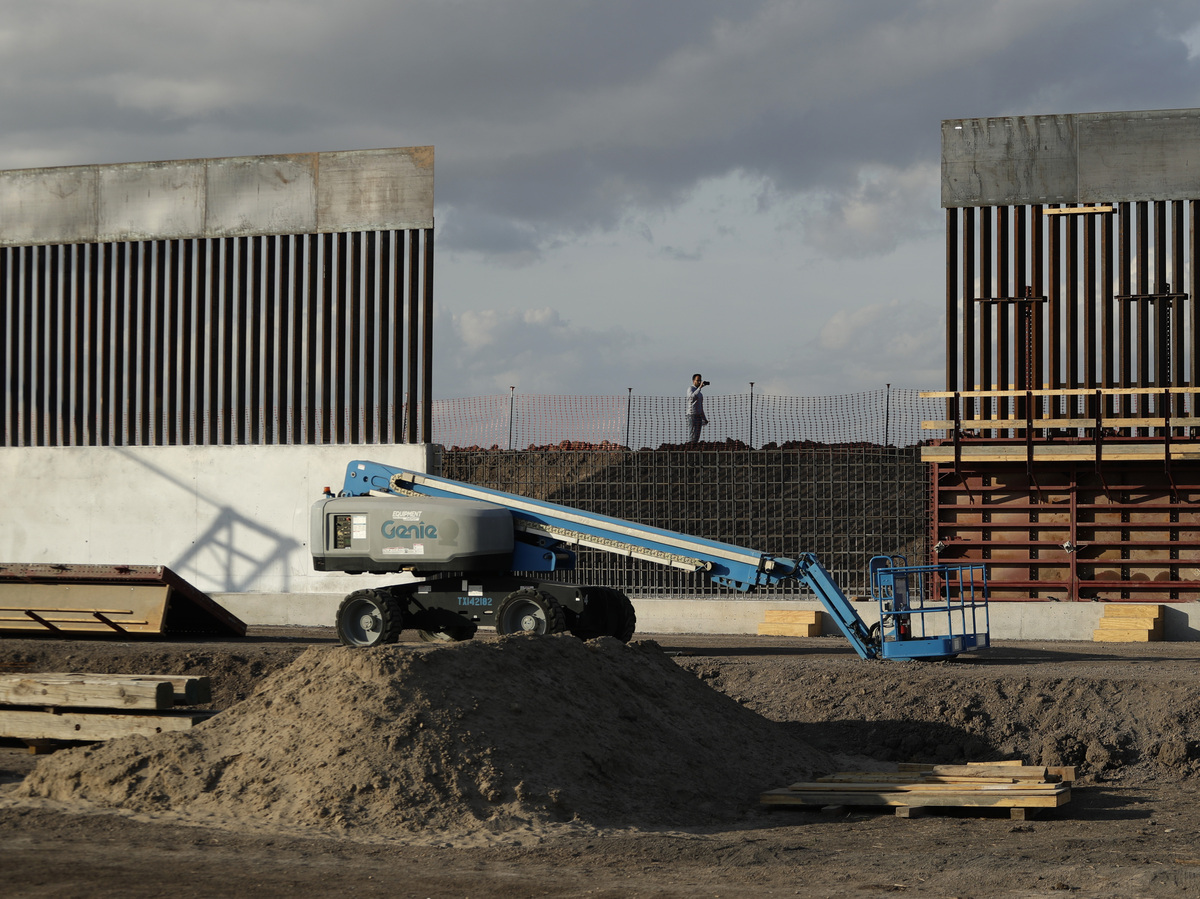 The first panels of levee border wall are seen at a construction site along the U.S.-Mexico border last month in Donna, Texas. The new section, with 18-foot-tall steel bollards atop a concrete wall, will stretch approximately 8 miles.

A federal judge in Texas on Tuesday blocked the Trump administration from using $3.6 billion in funds allocated by Congress for military construction projects to help pay for a wall on the southern border.

U.S. District Judge David Briones of El Paso ruled that the administration's use of an emergency proclamation last February to divert those funds to the border wall is unlawful.

The ruling found that the administration was within the law in using an additional $2.5 billion intended for drug interdiction efforts for border wall construction.

"The President's emergency proclamation was a blatant attempt to grab power from Congress," said Kristy Parker, counsel for the nonpartisan organization Protect Democracy, which represented the plaintiffs, in a statement. "Today's order affirms that the President is not a king and that our courts are willing to check him when he oversteps his bounds."

The suit was brought by El Paso County and the Border Network for Human Rights. It argued that the administration overstepped its authority by "declaring a national emergency and violating laws of Congress limiting funds for barriers at the United States-Mexico border."

The county also argued that it would suffer reputational and economic harm from the border wall project because the president's emergency declaration created the impression that the border city was dangerous. In October, Briones, a Clinton appointee, ruled that such claims had merit.

In a related case in California, a U.S. district judge last June blocked use of the drug interdiction funds for border wall construction. The U.S. Supreme Court, in a July order, said the Trump administration can proceed with construction while it appeals the case, which is now before the 9th Circuit.