Accessibility links
Jersey City Shooting Was 'A Targeted Attack On The Jewish Kosher Deli' Authorities on Wednesday identified the shooters as David Anderson and Francine Graham — both of whom died in the attacks that left four others dead Tuesday, including a police officer. 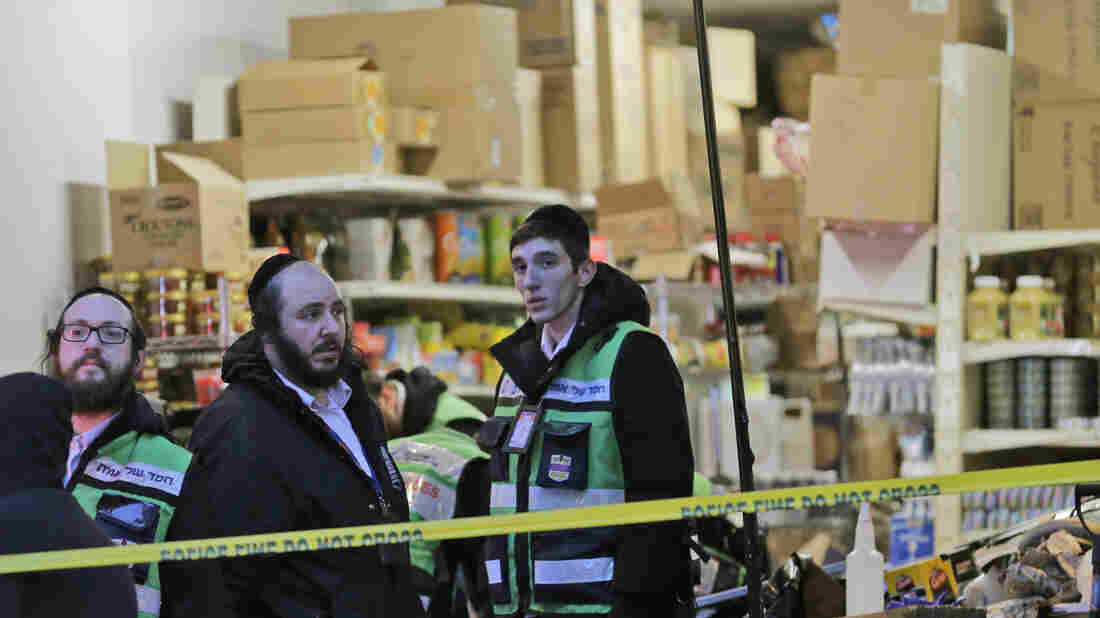 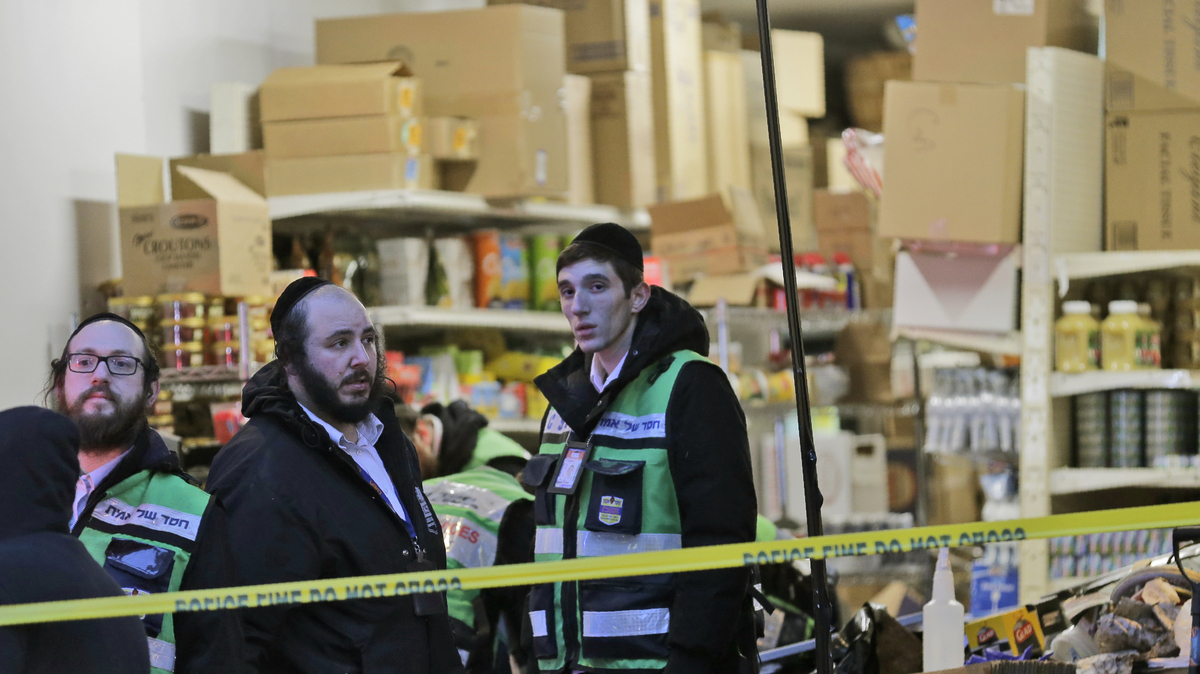 The shootings that left at least three civilians and one police officer dead Tuesday in Jersey City, N.J., was a targeted attack, according to local authorities. Jersey City Mayor Steven Fulop explained Wednesday that the pair of shooters, who were also killed, had clearly singled out the kosher market on which they opened fire.

"At the time of the incident yesterday, it was difficult to understand intent, and there's still a lot of questions around that. But after reviewing the [closed-circuit TV] cameras on the Jersey City side, we do feel comfortable that it was a targeted attack on the Jewish kosher deli across the street here," Fulop told reporters during a morning snowstorm, gesturing at a storefront crowded with emergency personnel.

New Jersey Attorney General Gurbir Grewal identified the shooters at a joint news conference with other law enforcement leaders Wednesday afternoon. He said Anderson and Graham killed Detective Joseph Seals, 39, during an encounter near Bayview Cemetery prior to the main shootout.

"Thereafter, at approximately 12:21 p.m., a white U-Haul van driven by Mr. Anderson parked directly across the street from the JC Kosher supermarket, which is approximately 1 mile from the cemetery," Grewal said.

"Within seconds of arriving, Mr. Anderson exited the driver's side door of the U-Haul with a rifle in his hand. He walked towards the JC Kosher supermarket and immediately began shooting. Ms. Graham, the passenger in the van, followed Mr. Anderson into the store."

Four people were inside the supermarket at the time, according to the attorney general. One escaped with gunshot wounds. The three others died. Grewal identified them as: Mindel Ferencz, who is in her early 30s; Moshe Deutsch, 24; and Miguel Douglas, 49. 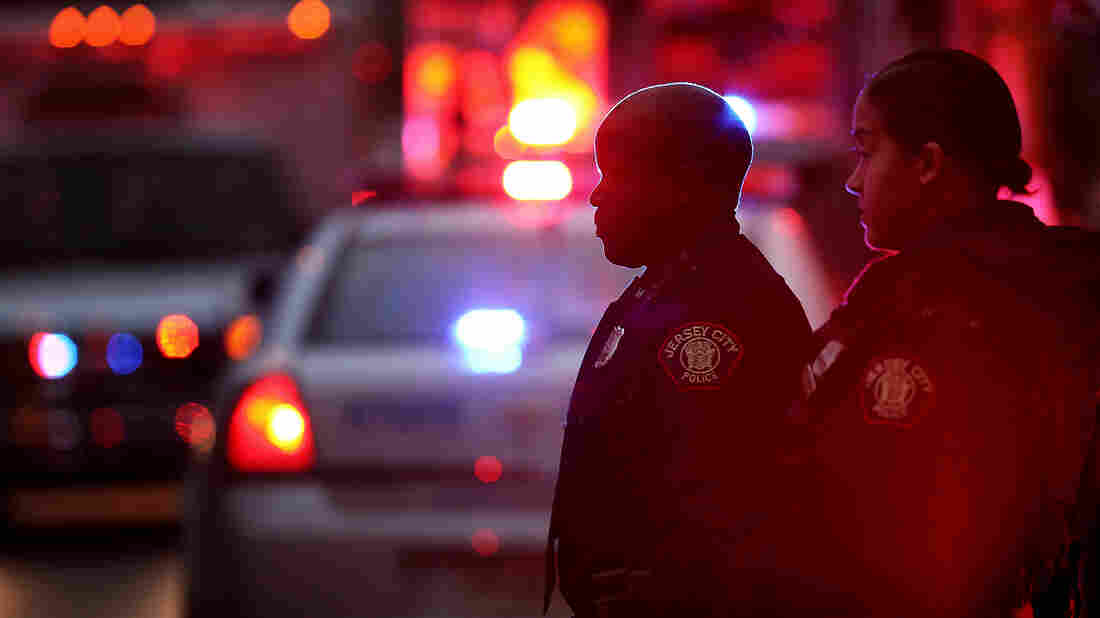 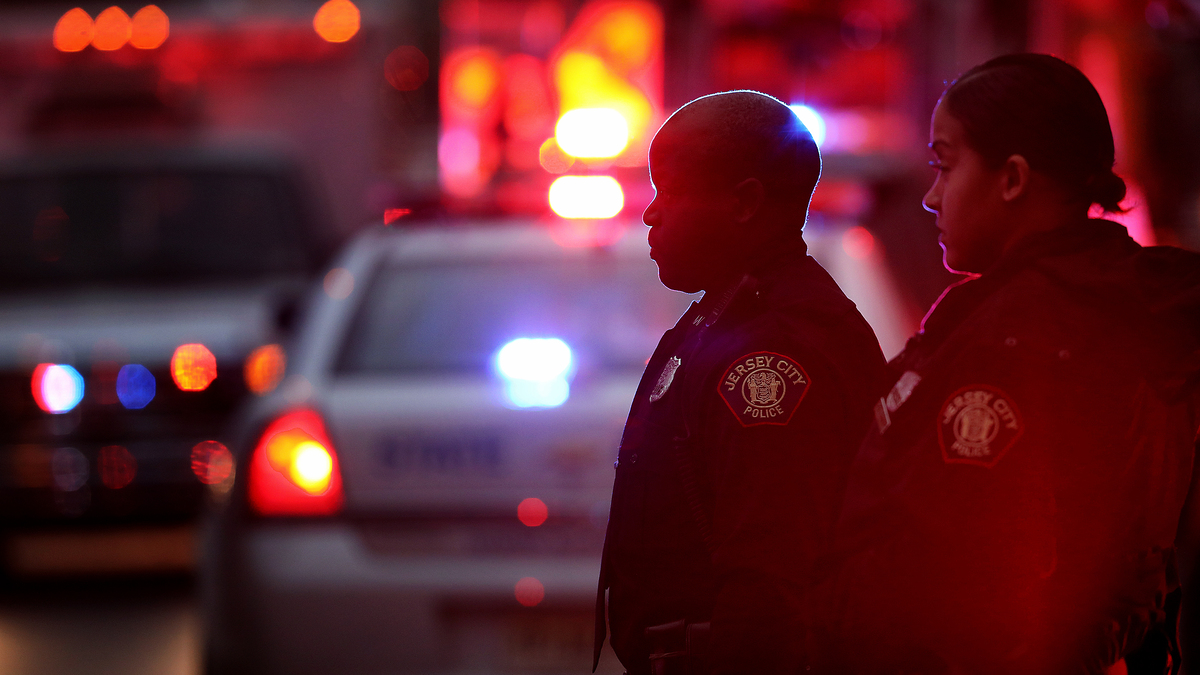 The ensuing standoff between suspects and police lasted about three hours, before a police armored vehicle broke into the storefront and officers discovered the shooters' bodies inside.

Afterwards, authorities say they recovered a pipe bomb and "numerous firearms" from the scene.

The vehicle used by Anderson and Graham "was searched by our state police professionals forensically. They did locate in that, amongst other items that I won't be discussing, a pipe bomb — improvised explosive device," FBI Special Agent in Charge Gregory Ehrie told reporters.

"It was a viable device, meaning it could be a device that would have exploded. It was, again, a pipe bomb by design — not complicated, but sophisticated in the sense that time and effort went into creating it," Ehrie said.

"Of course, we'll collect ourselves and go on with our lives. At the same time, we can't let the horrible hate go on and threaten us. It's too late already. The hate that springs up all over now cut short lives so close to home," said Niederman, the president of the United Jewish Organizations of Williamsburg and North Brooklyn.

We continue to mourn the loss of Detective Joseph Seals & the three innocent victims. Please keep their families, JCPD & our community in your hearts and minds. Here is the official memorial fund set up for Detective Seals' family: https://t.co/JP18WBCFqw pic.twitter.com/GywjUN6RIM

"But we have to act now so that we don't have to mourn precious lives in the future," he said.

At his news conference, Fulop said there likely would have been more victims if two police officers nearby had not responded quickly after hearing the gunshots while they were on patrol one block away.

"From what we can tell on the CCTV cameras, had they not responded — and had they not been there in that location — more than likely more people would have died," Fulop said. "The reason that those perpetrators seemed to be inside of that deli, and not able to move potentially to the school or to inflict more harm, was because the police responded immediately and returned fire." 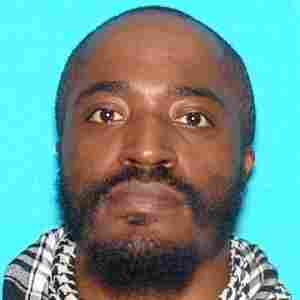 David N. Anderson, 47, one of the two suspects in the Jersey City shootings that killed a police officer and three civilians on Tuesday. New Jersey Office of the Attorney General hide caption 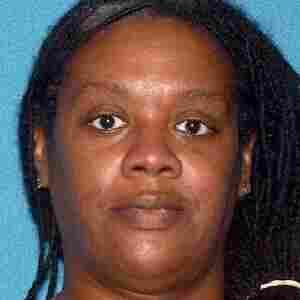 Francine Graham, 50, the other suspect in the Jersey City shootings. Both suspects were killed by police. New Jersey Office of the Attorney General hide caption

Both officers sustained gunshot wounds in the exchange of fire, according to James Shea, the public safety director in Jersey City, just across the Hudson River from Manhattan.

Local officials on Wednesday called it a targeted attack on the kosher deli, but they did not describe shooting specifically as an anti-Semitic attack.

"I didn't use the words 'anti-Semitic.' The motives are still part of the investigation," Shea told a reporter. "They exited the van, and they proceeded to attack this location in a targeted manner. Anything else is open for investigation."

Still, Fulop later came out much more forcefully on the matter, saying in an afternoon news conference that "there is no question that this is a hate crime":

Bill de Blasio, mayor of neighboring New York City, demonstrated no reluctance assigning a motive. In a series of tweets overnight, the mayor said the shooting "tragically confirms that a growing pattern of violent anti-Semitism has now turned into a crisis for our nation."

Though there was "no credible threat," he said he had directed the New York Police Department to "assume a state of high alert" and protect "key locations in the Jewish community." New York Gov. Andrew Cuomo also announced Wednesday that "out of an abundance of caution," he was also directing state police to increase security around synagogues and other Jewish community buildings.

We shouldn’t parse words. To stop hate + anti-semitism we need to call it out QUICKLY for what it is. Some will say don’t call it anti-semitism or a hate crime till a longer review but being Jewish myself + the grandson of holocaust survivors I know enough to call it what this is

"We have to understand, as I've heard from so many members of Jewish community, that people are now living in constant fear," de Blasio said at a news conference Wednesday.

"Members of the Jewish community have told me they no longer feel comfortable wearing anything that is a symbol of their faith for fear of an attack. It is absolutely unacceptable in a free society that anyone should have to feel that way — from any faith, any background."

FBI Reports Dip In Hate Crimes, But Rise In Violence

The attack in Jersey City comes just over 13 months since a gunmen killed 11 people at the Tree of Life synagogue in Pittsburgh. The suspected attacker was charged last year in a 44-count indictment, which alleges that during the massacre, he ranted about his desire to "kill Jews."

Due largely to the attack, anti-Semitic homicides reached the highest level ever recorded in the FBI's annual statistics on hate crimes, released last month.

President Trump on Wednesday is expected to sign an executive order to make clear that anti-Semitic acts are also barred under Title VI of the 1964 Civil Rights Act, which bans discrimination based on race, color or national origin in programs that receive federal funding.