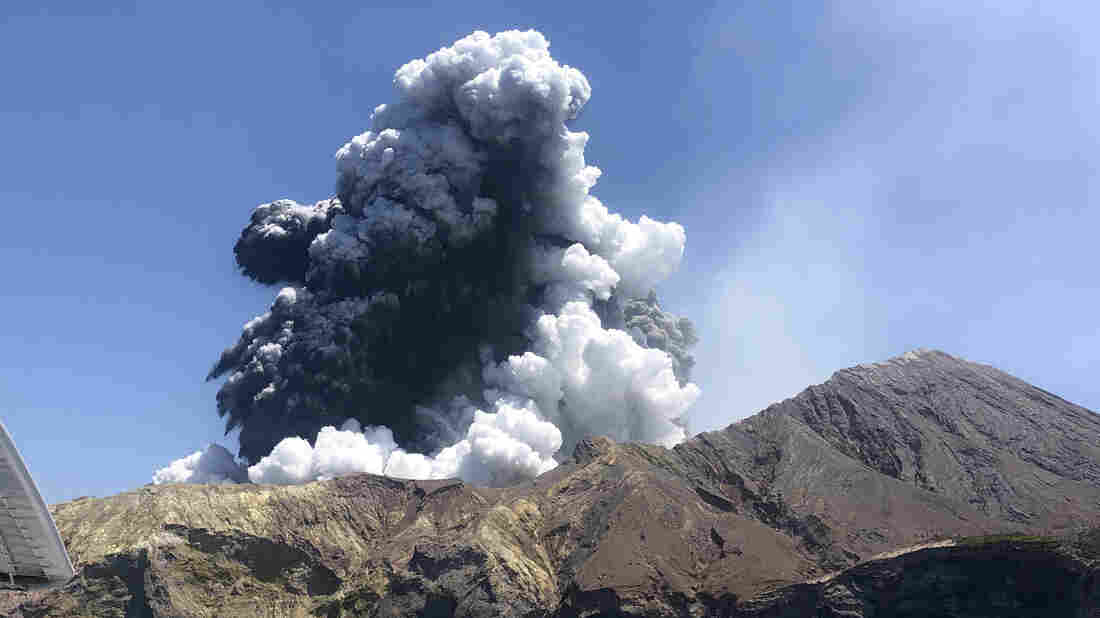 A view of the White Island volcanic eruption Monday off the coast of Whakatane, New Zealand. Health officials reported some patients received burns on at least 30% of their bodies. Lillani Hopkins/AP hide caption 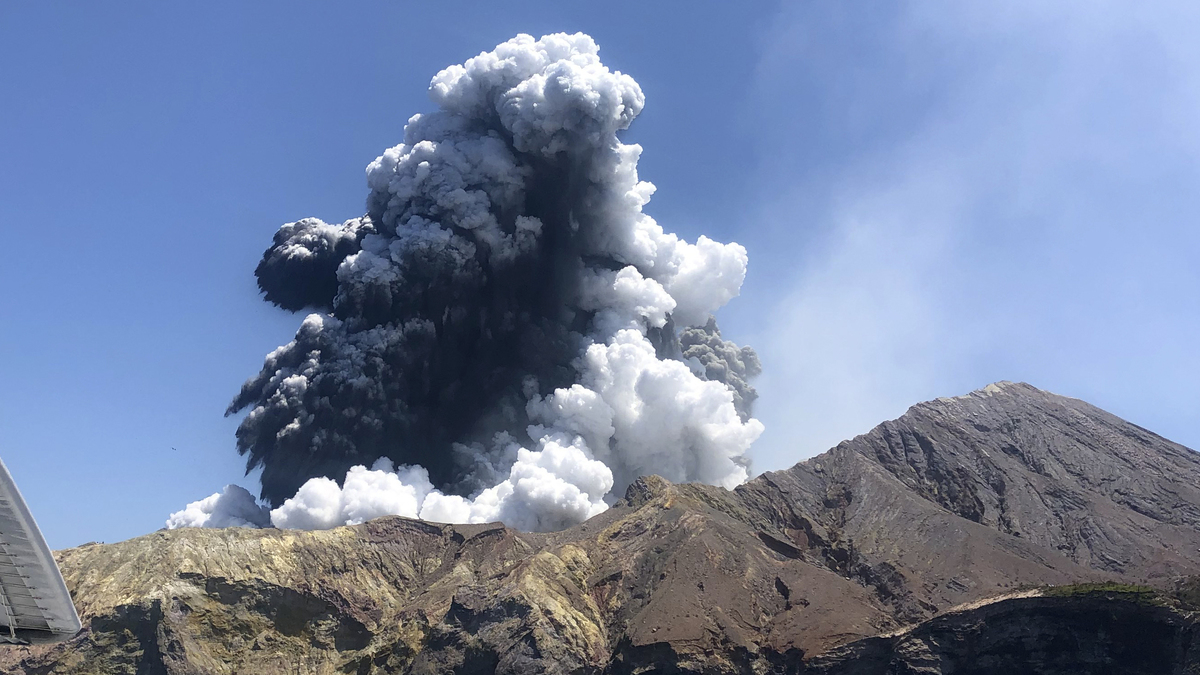 A view of the White Island volcanic eruption Monday off the coast of Whakatane, New Zealand. Health officials reported some patients received burns on at least 30% of their bodies.

New Zealand health officials have ordered nearly 1,300 square feet of cadaver skin to treat patients injured when a volcano spewed hot ash and deadly toxins across an island off the country's coast earlier this week.

Six people are confirmed dead and eight more are "missing and presumed deceased" after Monday's eruption on White Island, leading authorities to declare the tragedy a mass fatality incident.

Dozens of rescued tourists from the island have been admitted to hospitals, receiving treatment for significant burns to their skin and lungs. Health officials reported some patients received burns on at least 30% of their bodies.

At Least 5 Dead After Volcano Erupts Off New Zealand's Coast

New Zealand's district health boards ordered the skin from the United States and other countries in order to support at-capacity burn units.

"We currently have supply but are urgently sourcing additional supplies to meet the demand for dressing and temporary skin grafts," Peter Watson, chief medical officer at Counties Manukau District Health Board, said Wednesday. "We anticipate that we will require an additional 1.2 million square centimeters (1,292 square feet) of skin for the ongoing needs of the patients."

The skin is the human body's largest organ. The average adult's body has about 21 square feet of skin, according to Forefront Dermatology.

According to Watson, dangerous gases and chemicals were released during the eruption, which have complicated search efforts. Officials said it could take several weeks to retrieve bodies still on the island.

"Depending on how long it takes to retrieve the deceased from the island, it could be some weeks before all the deceased are identified," said Chief Coroner Judge Deborah Marshall.

As of Wednesday night local time, attempts to return to White Island have been thwarted due to concerns of renewed activity. Volcanologists with the Global Seismographic Network warned New Zealand officials that another eruption is likely.

The tragedy has brought public scrutiny upon White Island Tours. Many are wondering why the tour group brought 47 people to New Zealand's most active volcano. Officials announced an investigation into the incident, but police said it is "too early to confirm whether there will also be a criminal investigation."