Accessibility links
French Prime Minister Unveils Pension Plan As Strike Continues To Paralyze Paris The plan calls for a shift from 42 distinct pension plans into one universal scheme. The new system will be based on the principle of giving each pensioner the same rights for each euro they pay in. 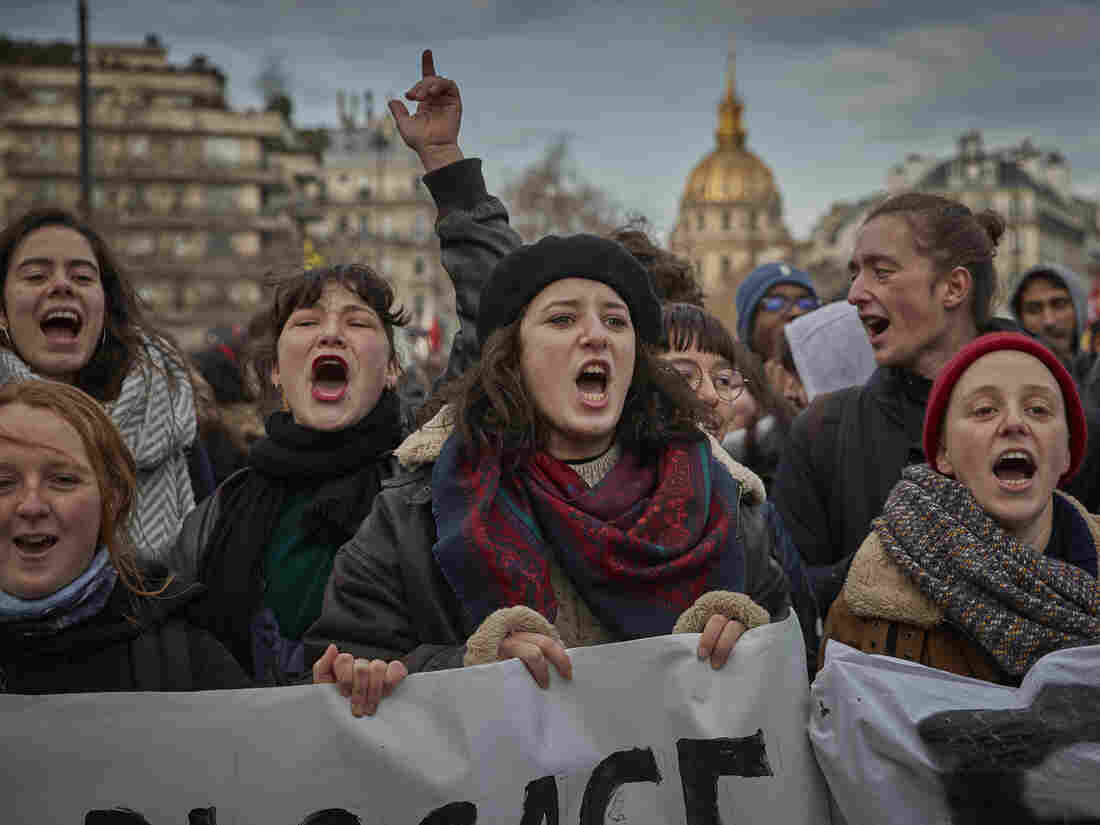 Protestors chant and sing against President Emmanuel Macron during a rally in Paris as thousands take to the streets to protest against pension reform on Tuesday. Kiran Ridley/Getty Images hide caption 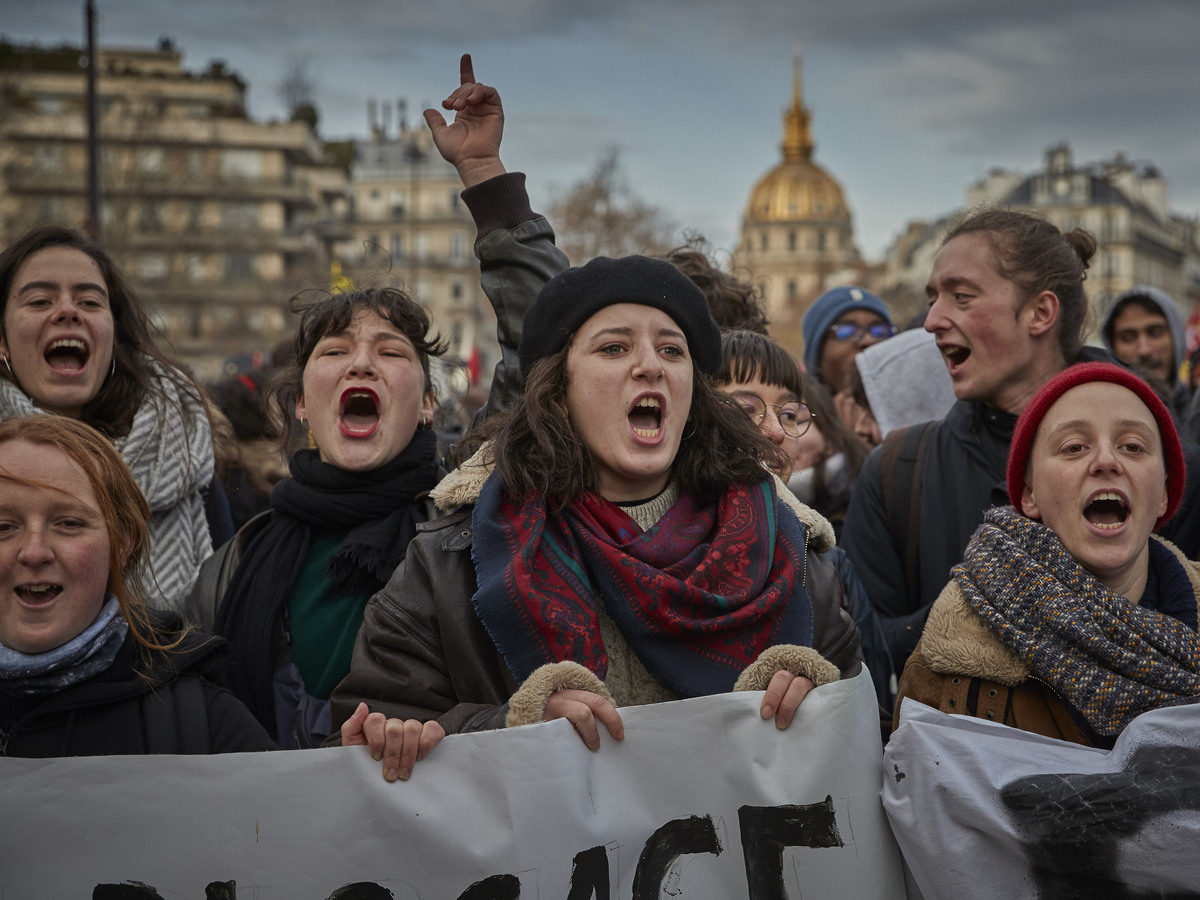 Protestors chant and sing against President Emmanuel Macron during a rally in Paris as thousands take to the streets to protest against pension reform on Tuesday.

Strikes and protests have clogged the streets of Paris and elsewhere in France since last Thursday. Now there's a turning point: the government has unveiled its plan to reform the French retirement system.

The plan calls for a shift from 42 distinct pension plans according to job and region into one universal scheme. The new system will be based on points, on the principle of giving each pensioner the same rights for each euro they pay into it. Those who have worked a full career (about 42 years) will receive a minimum of 1,000 euros a month, or $1,109.

The official retirement age in France is 62, but certain fields allow for earlier retirement, including train drivers, dock workers, and opera singers. As a result, the country's average retirement age is 60, The Local France reports.

French Prime Minister Édouard Philippe announced the outlines of the plan in a highly anticipated speech on Wednesday. He said the new system would be more fair, and would benefit women and gig economy workers.

"We know our children won't have the same linear careers we had and we need a pension system that allows that," Philippe said, according to Reuters. "We need to have faith in a system that is not deemed to favor one person over another." 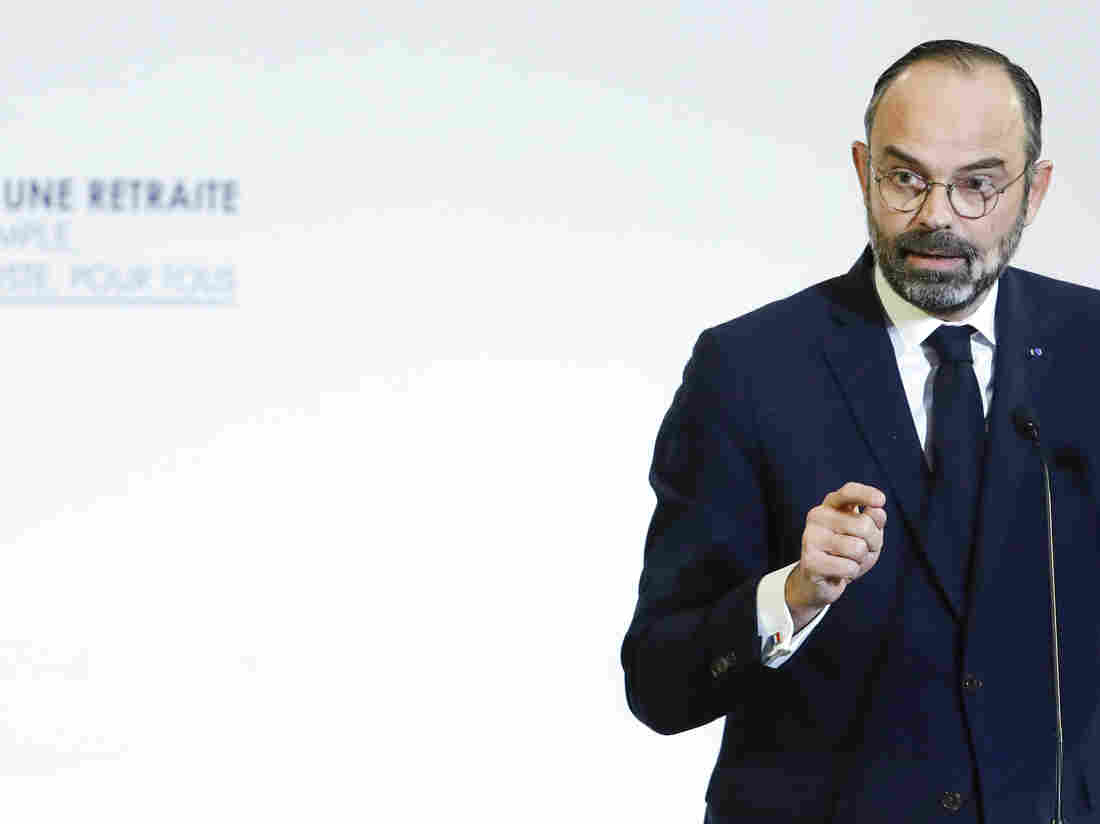 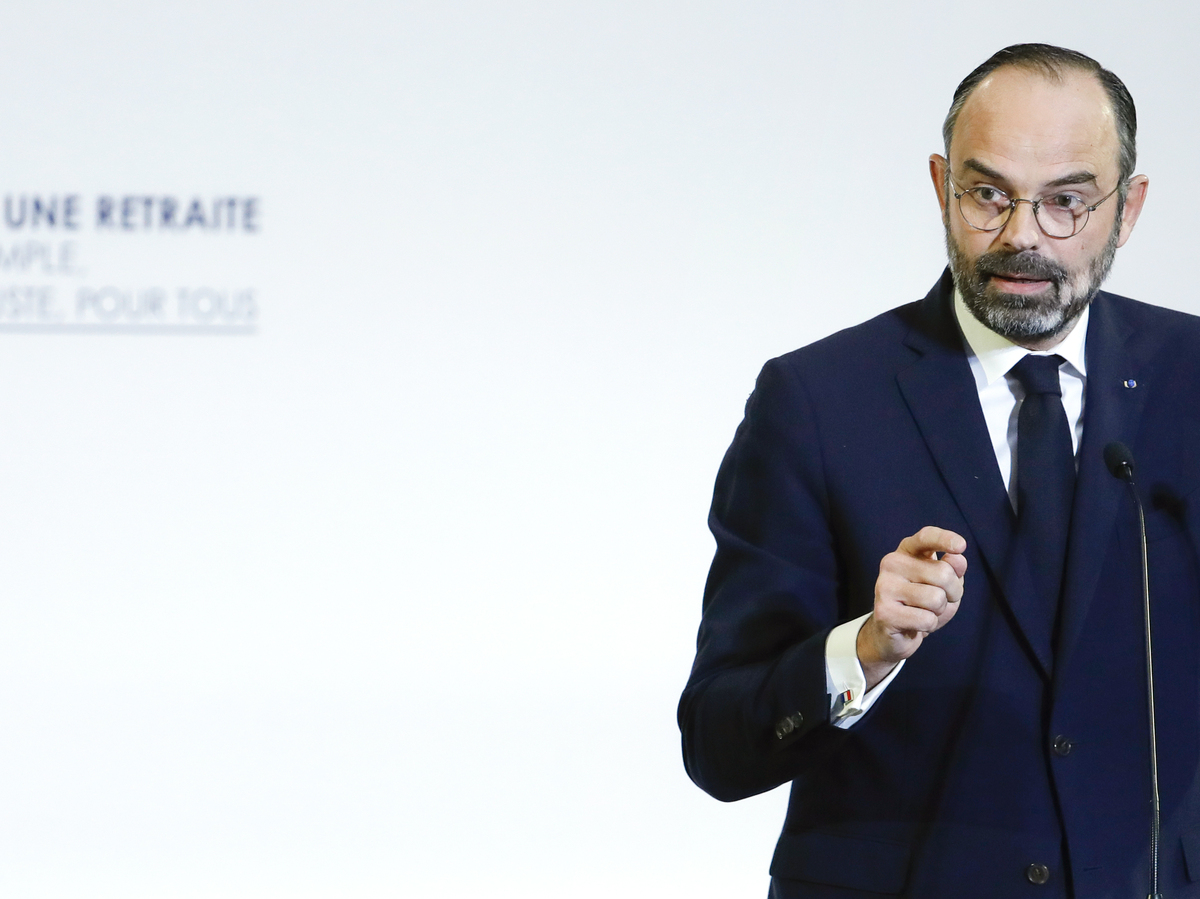 Under the new plan, 62 would remain the legal retirement age. But there will be incentives to keep working until 64, which Philippe said will allow for a balanced pension budget by 2027.

He said the changes are necessary, with 1.7 people working to support each retiree instead of 4.5 when the system was created in 1945, NPR's Eleanor Beardsley reports from Paris.

It remains to be seen whether French people will accept the changes.

The largest rail workers' union, the CGT, called for more strikes after the prime minister's remarks.

"The government is taking everybody for fools," said Philippe Martinez the head of the CGT, according to France24. "Everyone will work longer – it's unacceptable."

Philippe Legoff was among those marching in protest, and he says for him, it's about more than retirement.

Macron "is managing France like you he would manage a start up," he tells NPR. "He only cares about young dynamic winners in society."

Pension reform has been one of French President Emmanuel Macron's key issues, though the subject has been radioactive for previous leaders. In 1995, President Jacques Chirac and Prime Minister Alain Juppé tried to push through a universal pension system, only to withdraw the plan after three weeks of protests that brought 2 million people to the streets.

In The Guardian, reporter John Lichfield compares the French government's ongoing efforts for pension reform to the early days of soccer, in which whole towns played at once: "After days or weeks of confused conflict the two teams retire, exhausted. Small concessions of ground are made. No clear goals are scored by either side."

"I do not underestimate the complexity of this reform," Philippe said on Wednesday, according to The Local. "We are gradually transforming the French pension system to build a stronger, simpler, fairer system. We are implementing new social advances."