Accessibility links
2nd Federal Judge Blocks Plan To Use Pentagon Funds For Border Wall The Trump administration insists it has the legal authority, under an emergency proclamation, to redirect defense funds away from other projects and spend the money on the border wall. 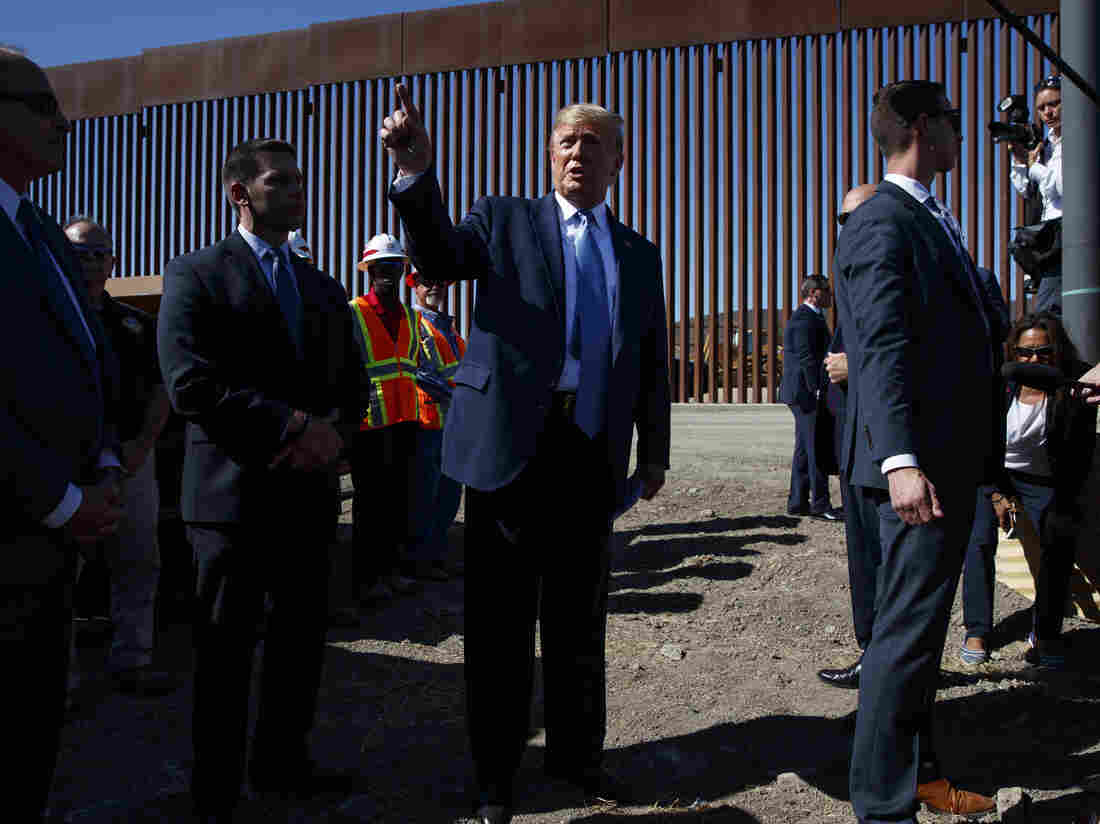 A federal judge in California ruled Wednesday that the Trump administration may not divert $3.6 billion in Defense Department funds for construction of the wall on the southern border.

The ruling by U.S. District Judge Haywood S. Gilliam Jr. is the second court decision in two days blocking the administration's effort to reallocate money Congress has appropriated for other purposes.

A federal judge in Texas on Tuesday, in a separate case, ruled that the administration may not use an emergency proclamation to divert funds from military construction projects. U.S. District Judge David Briones issued a permanent injunction blocking the administration's use of those funds for the border wall project.

In his ruling, Gilliam said the administration was trying to circumvent congressional appropriations for military construction projects. He wrote that "the border barrier projects Defendants now assert are 'necessary to support the use of the armed forces' are the very same projects Defendants sought — and failed — to build under [the Department on Homeland Security's] civilian authority, because Congress would not appropriate the requested funds."

Gilliam's ruling comes in response to two suits filed by the state of California and the ACLU on behalf of the Sierra Club.

"This ruling confirms that the president has no authority to raid military construction funds for his xenophobic wall," said Dror Ladin, staff attorney with the ACLU's National Security Project, in a statement. "By putting an end to the president's power grab, this ruling protects our democracy's separation of powers, the environment, and border communities."

The Justice Department did not immediately respond to a request for comment,

"A Federal statute authorizes the use of the funds by empowering the Secretary of Defense to 'undertake military construction projects' to support the Armed Forces during a national emergency. The district court issued a nationwide injunction on the theory that building the wall is causing 'reputational' harm and economic disruption to a Texas county and an advocacy group in that county. But the court's injunction sweeps far broader than that and blocks multiple projects that are hundreds of miles away and have nothing to do with these plaintiffs. The Supreme Court has already stayed one erroneous injunction blocking the use of a different statutory authority to build the border wall and the Administration plans to immediately appeal this incorrect decision, too."

The statement was referring to a July decision by the Supreme Court allowing the administration to use $2.5 billion from the defense budget while the case is under appeal before the 9th Circuit appeals court.