Accessibility links
Review: 'A Hidden Life' Is Ruminative, Beautiful, Sad Writer/director Terrence Malick's latest film, based on the life of an Austrian conscientious objector in WWII, "spends much of its three hours musing, or simply being beautiful."

Malick's 'A Hidden Life' Soars Above The Clouds

Malick's 'A Hidden Life' Soars Above The Clouds 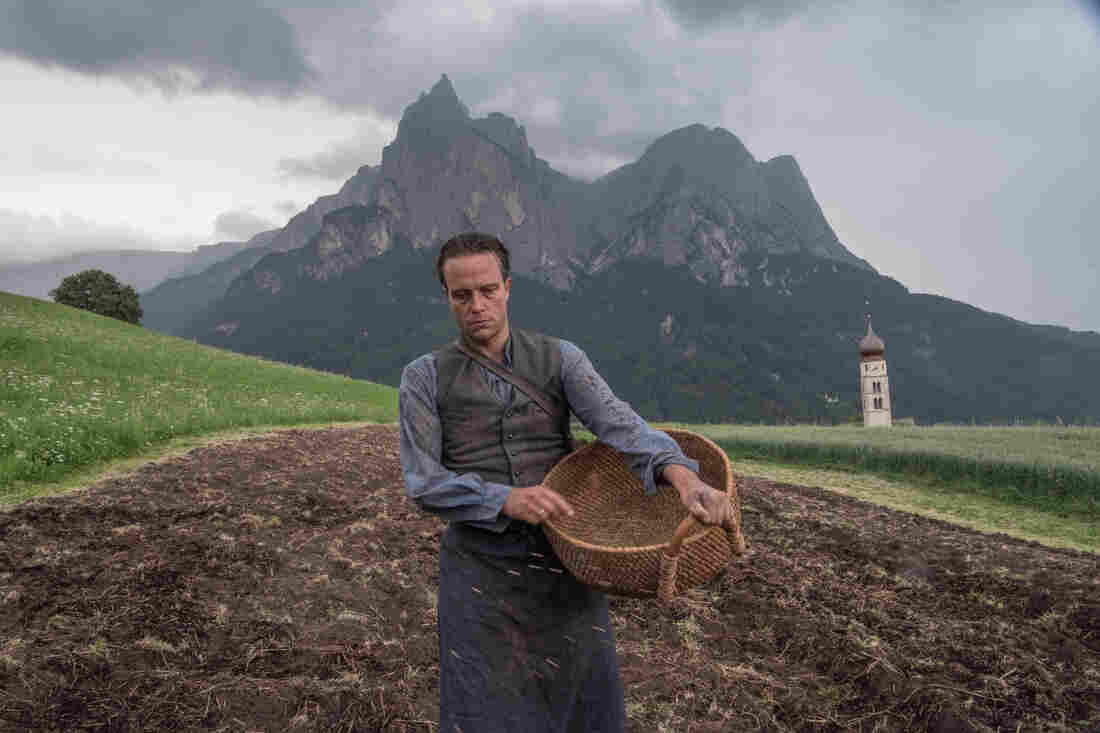 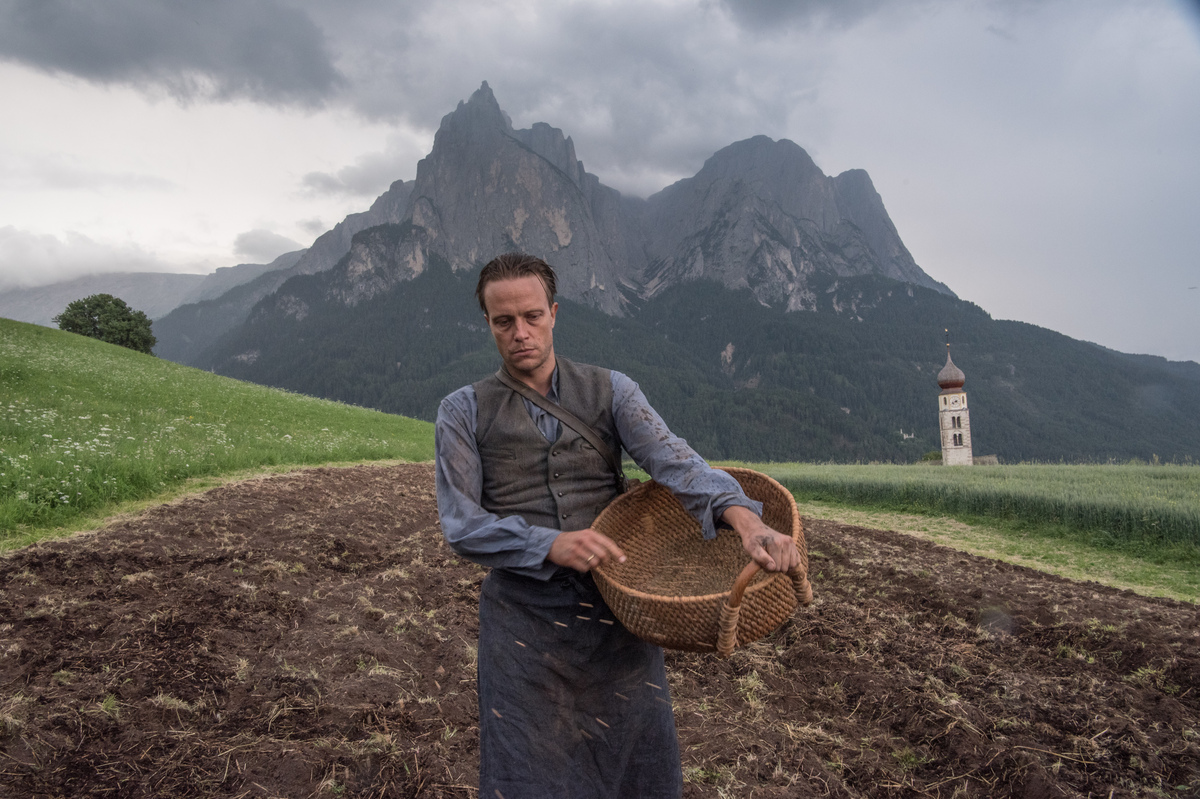 Before she made the Hitler-worshipping Triumph of the Will, Leni Riefenstahl began her career as an actress in and director of mountain films, the German genre that equated physical heights with mystical ones. Perhaps that's why Terrence Malick uses clips from Triumph of the Will to open his own mountain film, A Hidden Life. Both filmmakers exalt their subjects, even if Malick's real-life hero gives his life in opposition to Riefenstahl's.

"We lived above the clouds," announces Fani Jagerstatter (Valerie Pachner) of the alpine idyll she shares with husband Franz (August Diehl) and their three young daughters, as well as Fani's sister and Franz's mother. They work hard on their picturesque Austrian farm, yet are disconnected from the travails of lowlanders and — because this is a Malick movie — from much else as well.

Fani makes her comment in voiceover, which bobs and weaves with spoken dialogue as it always does in Malick-land. This time, the writer-director elects to present incidental conversation in unsubtitled German (and occasionally Italian), the better to distinguish everyday chatter from the words of the Jagerstatters. The family will stand alone when Hitler's curse descends on the village.

Summoned for military training in 1940, Franz reluctantly complies. But when he's conscripted for actual warfare in 1943, he declines. Along the way, the Catholic farmer discusses his concerns with a couple of priests, a bishop, and a judge. (The last two are played by Michael Nyqvist and Bruno Ganz, each in the last screen appearance of his life.)

Repeatedly, Franz is told that his defiance will mean nothing, change nothing, and ruin his beloved family. "How do you know what is good or bad?" asks a prison interrogator. But the conscientious objector feels he has no choice, even if his chosen path leads only to the guillotine.

That's about all that happens in A Hidden Life, which spends much of its three hours musing, or simply being beautiful. Unlike Malick's last several movies, though, his new one doesn't feel longer than it actually is. The film moves woozily yet briskly, propelled by the filmmaker's most straightforward script since 1998's The Thin Red Line (another World War II parable). As usual, Malick's style of storytelling is roundabout and allusive, but this time it seldom stalls.

The intentionally disjointed editing and reliance on voiceover aren't the only distancing devices. Cinematographer Joerg Widmer shoots with anamorphic lenses that distort everything but the center of the image, which is seldom where the action is. The jagged effect echoes the upward-thrusting landscape, and also forces the viewer to be conscious of the very process of looking. The film's gorgeous light is natural, but the viewpoint is pointedly contrived.

Just as Franz never explicitly makes the case for his martyrdom (officially declared by Pope Benedict XVI in 2007), Malick doesn't offer a tidy moral. In one scene, the small-town mayor denounces immigrants and foreigners, which suggests that the film is partly a comment on contemporary American politics. Malick may or may not be a believer — he doesn't do interviews — but his attraction to Christian mysticism is evident from even the shallowest of his recent films.

"Better to suffer injustice than to do it," counsels one character in a movie where a beating is shot from the viewpoint of the man who's being pummeled. But is A Hidden Life a tale of political righteousness or religious rapture? The pretty pictures — and a soundtrack woven with strands of Bach, Beethoven, Gorecki, and Part — suggest it's the latter.