Accessibility links
NLRB Says McDonald's Not Responsible For Franchisees' Labor Practices The federal labor law board said McDonald's should not be held liable for labor practices of its franchisees. The ruling directed a judge to approve a settlement in a years-long union case. 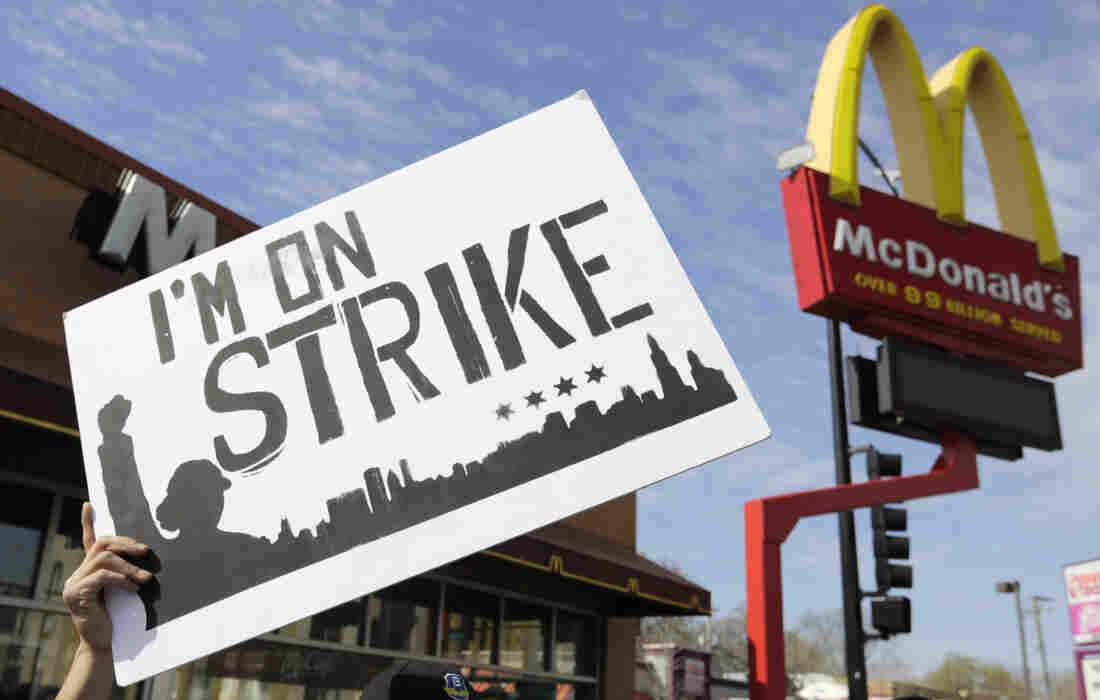 McDonald's workers and supporters rally in Chicago in 2015 in what organizers at the time called the biggest-ever mobilization of U.S. workers. M. Spencer Green/AP hide caption 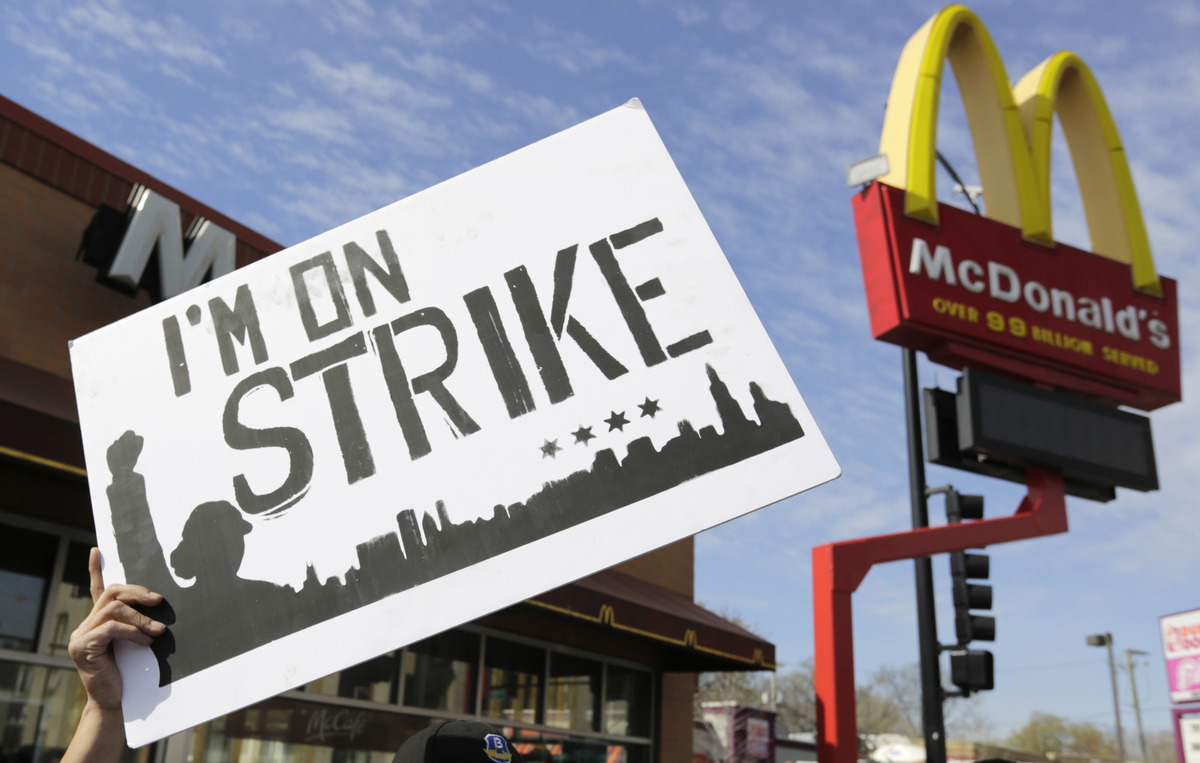 McDonald's workers and supporters rally in Chicago in 2015 in what organizers at the time called the biggest-ever mobilization of U.S. workers.

McDonald's should not be held responsible for the labor practices of its franchisees, the National Labor Relations Board ruled on Thursday.

The federal agency, in charge of enforcing U.S. labor law, delivered the latest ruling in a years-long union case that sought to hold the fast food chain liable for the treatment of all workers at both corporate and franchise locations. The agency, also known as NLRB, directed a federal administrative law judge to approve a settlement that had earlier been reached between McDonald's, its franchisees and the workers who had alleged labor-law violations.

The case was closely watched because it had potential implications for a vast array of companies that rely on franchising and contracting for work, such as janitorial services, trucking, construction and warehousing. The NLRB ruling is expected to face an appeal.

The long and bitter litigation began in 2015, when the Service Employees International Union accused McDonald's and its franchisees of retaliating against hundreds of workers who supported the Fight For $15 labor movement. For example, workers alleged that they were assigned harder tasks or fewer hours after they attended union-backed protests demanding higher wages.

The government's labor-law prosecutor at the time asked the judge, Lauren Esposito, to review the complaints and consider McDonald's a "joint employer" of franchisees accused of violating labor laws.

But under a new administration, the NLRB lawyer last year abruptly proposed a settlement with the affected workers — days before the conclusion of the three-year trial. Esposito rejected the proposal, calling it "manifestly unreasonable" and "simply baffling."

On Thursday, an NRLB panel overruled the judge and instructed her to approve the settlement deal.

The SEIU and the Fight For $15 on Thursday called the board's ruling on the McDonald's case illegitimate, saying they would "forcefully" appeal:

"Trump Administration agencies, including the NLRB, are making decisions in the interest of corporations like McDonald's and not the American people or the law. ... McDonald's is walking away with a get-out-of-jail-free card after illegally retaliating against low-paid workers who were fighting to be paid enough to feed their families."

McDonald's welcomed the NLRB's ruling in a statement:

"The settlement ... allows our franchisees and their employees to move forward, and resolves all matters without any admission of wrongdoing. Additionally, current and former franchisee employees involved in the proceedings can now receive long overdue satisfaction of their claims."

As part of the settlement, McDonald's franchisees commit to setting up a fund of $250,000 to pay out the workers involved in the long-running case.

Worker advocacy groups have long argued that many companies use contracting and franchising as a shield from responsibility for workers who make their business possible. In multiple lawsuits, unions and groups have pushed for McDonald's to be designated as a "joint employer," which would also help the efforts to organize workers and bargain for higher wages.

McDonald's and its franchisees have fought this. There are about 14,000 McDonald's restaurants in the U.S., and more than 90% of them are operated by franchisees. The fast food chain has argued that franchisees are independent businesses that want to make their own decisions about hiring, pay and other matters.

In October, a federal appeals court in California ruled that McDonald's did not have enough control over franchise employees to be considered a joint employer that is liable for their pay. Still, there are several other lawsuits that seek to hold McDonald's responsible for the treatment of franchise workers, including sexual harassment and violent attacks by customers.

McDonald's has fought against the joint-employer designation because it would have "a major impact on their business," according to Alex Colvin, dean of Cornell University School of Industrial and Labor Relations.

"They've been to some degree quite successful in dragging things out," Colvin said. "They're now in a position where they have a more favorable presidential administration ... the courts are gradually shifting in their favor."

Separately, the NLRB is expected to undo an Obama-era policy that made companies jointly liable for labor violations by their contractors and franchisees. NLRB proposed the rollback in September 2018, and the agency's spokesman said the final rule is expected in 2020.