IBM Engineer Who Designed The Universal Product Code Dies At 94

IBM Engineer Who Designed The Universal Product Code Dies At 94 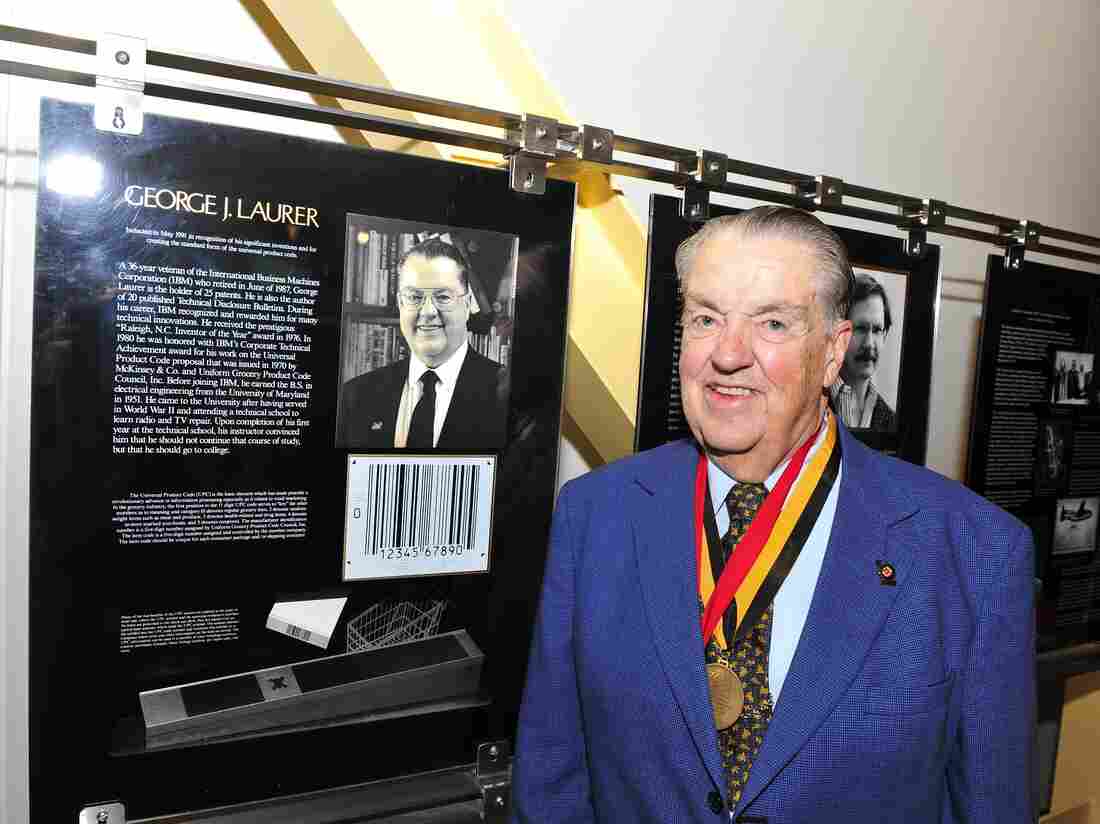 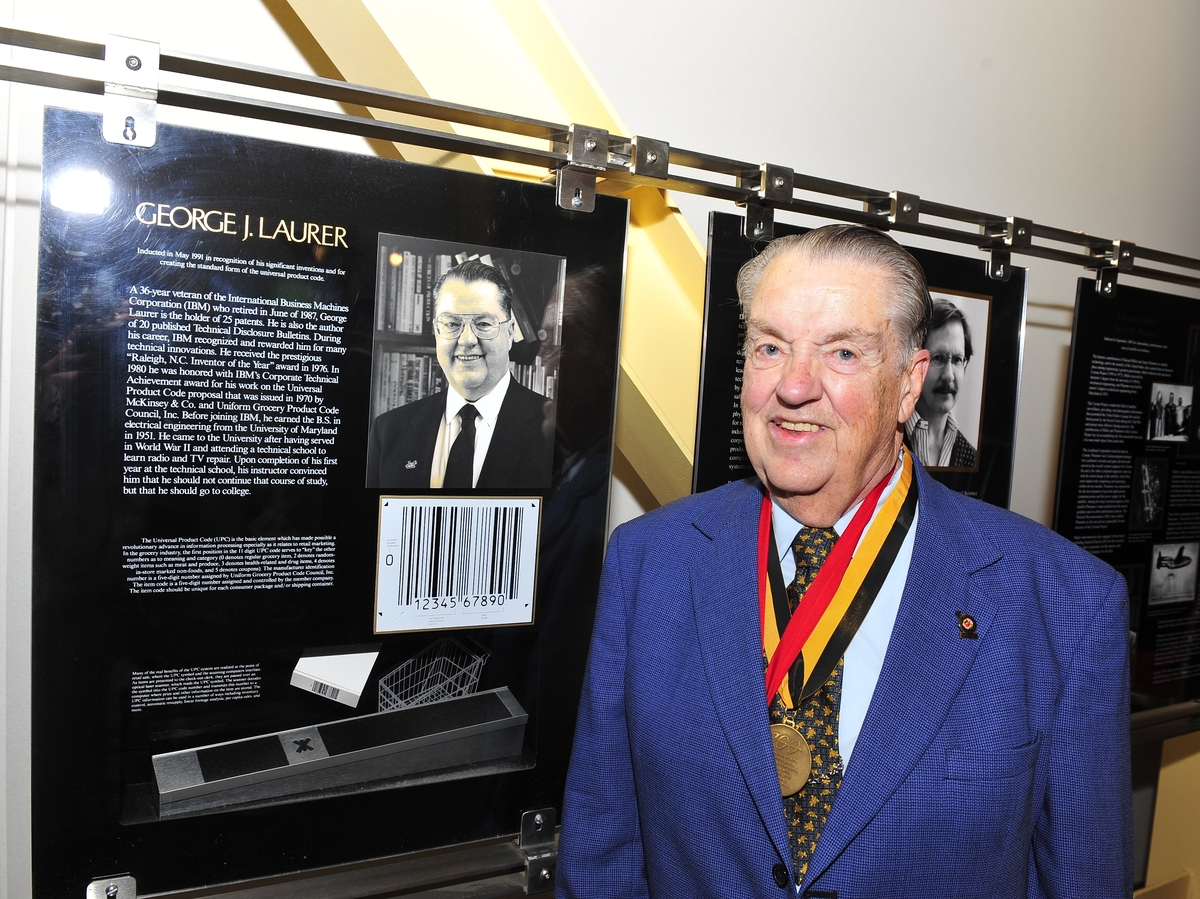 George Laurer in 2011 at the University of Maryland's Innovation Hall of Fame. His many inventions, including the Universal Product Code, led to his induction into the hall in 1991.

On a June morning in 1974, a Marsh Supermarket cashier in Troy, Ohio, rang up a 67-cent pack of Juicy Fruit chewing gum using something novel — the black and white stripes of a universal bar code.

The Universal Product Code is now a packaging mainstay on everything from cereal boxes and produce to electronics and airplane tickets, but it might not have worked without IBM engineer George Laurer.

Laurer, who died this month at 94 in North Carolina, had been given an assignment by his manager: Write a proposal for grocery executives explaining how IBM would take a previously invented bar code pattern, in the shape of a bull's-eye, and make it work in supermarkets across the country.

But when that manager returned from a vacation, Laurer was there to meet him. "I didn't do what you asked," he said.

Instead, Laurer had created something else — the bull's-eye was gone and in its place was a linear bar code. Laurer had deemed the bull's-eye design unworkable. The circular code, inspired by Morse code and patented by N. Joseph Woodland and Bernard Silver in 1952, was too small, and it would smear when run through the poor-quality printing presses used for most food labels at the time.

"My nature and my training would not allow me to support something I didn't believe in," Laurer said in a 2010 interview. "I simply went against my manager's instruction and set out to design a better system."

In a rented space in Raleigh, Laurer and a team of IBM colleagues refined and tested the design. Woodland, who created that first bull's-eye bar code and whom Laurer called the father of the supermarket scanning system, came on board to help.

When it came time to present to the team of grocery executives, Laurer said his boss "made it clear that if I was wrong or I could not sell the idea to the brass, it would end my career, not his. My arguments must have been persuasive."

In 1973, the grocery industry settled on the bar code pitched by Laurer and IBM. Between 1976 and 1980, the number of stores using IBM's bar code jumped from 104 to 2,207. The codes even caused a campaign trail gaffe in 1992, when President George H.W. Bush was reportedly astounded by a bar code scanner during a tour of a grocery convention, playing into a narrative that Bush was out of touch with regular people. (It later turned out the scanner he was confronted with had advanced features not yet available.) 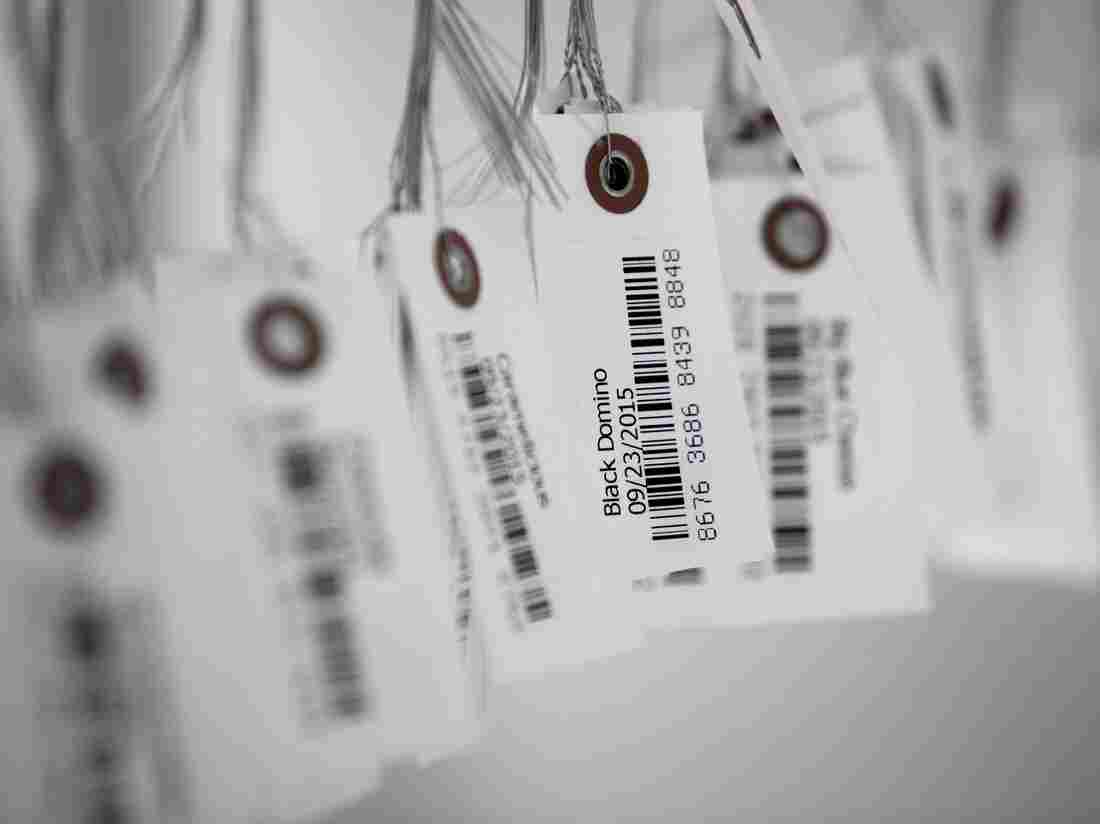 Tags with bar codes hang at a facility in Flandreau, S.D. Introduced in the early 1970s, the linear bar code remains a retail staple and is scanned more than 6 billion times per day. Jay Pickthorn/AP hide caption 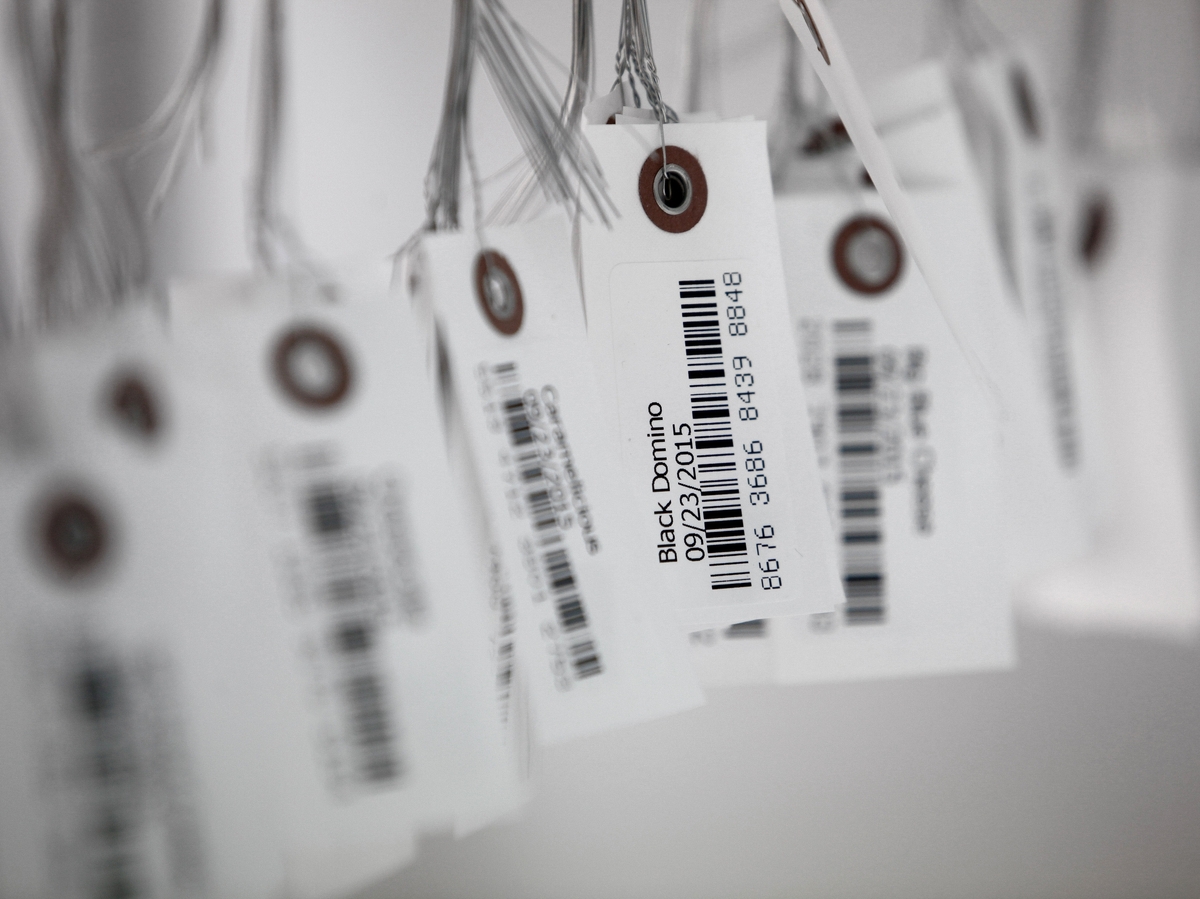 Tags with bar codes hang at a facility in Flandreau, S.D. Introduced in the early 1970s, the linear bar code remains a retail staple and is scanned more than 6 billion times per day.

George Laurer was born in New York City, survived polio as a teenager and was drafted into the Army in World War II. After his discharge, he was unemployed when he enrolled in a television and radio repair course. His instructor persuaded him to quit, get his high school equivalency diploma and go to college. In 1951, he graduated from the University of Maryland with a degree in electrical engineering. Laurer worked at IBM in North Carolina's Research Triangle Park until 1987.

His son Craig Laurer told NPR that the UPC code is an example of the way Laurer always thought: "Get to the core of a problem and find the one key element that prevented a good solution. And overcome it."

Laurer said his father was a lifelong tinkerer, up until his final days. When he bought an RV, he immediately took out the bed over the front cab and built in a special storage unit. He was always repairing cars, both his and other people's; he built radios and the family's first television.

"He basically never owned anything he didn't customize or tweak to better serve his needs," Craig Laurer told NPR. "He was always coming up with something. He was humble and really generous and he just hit it off with everybody."

Over his lifetime, Laurer received more than two dozen patents. But he never got rich from his most famous breakthrough. That's because IBM didn't patent the UPC and mostly gave it away to sell scanning equipment. Laurer didn't get recognition for his innovation until decades later.

Even once stores widely adopted the UPC, Craig Laurer said, his father didn't think it would have the longevity it ultimately has. "He expected it to be supplanted with some other technology within a decade or so," he said. "Instead, it grew beyond the grocery industry into all retail and then worldwide."

Today, the UPCs Laurer designed are scanned more than 6 billion times a day, according to the nonprofit organization GS1, which manages the codes.

"My father always said he would go to the supermarket, and just stand there when they checked him out, knowing that it was his invention," Craig Laurer said. "But he'd stand there in awe and say, 'This just can't work this well.' It amazed even him."

And the scanner used to ring up that 10-piece packet of Juicy Fruit back in 1974? It's now in the collection of the Smithsonian's National Museum of American History.

In a previous version of this story, several references to George Laurer's last name were misspelled as Lauer.