Accessibility links
Tips For Talking To Kids About Sex : Life Kit Sex, genitals, consent, self-touching — it's tricky to talk to younger kids about these topics. This episode helps parents get past the confusion and embarrassment around sex education so they can raise healthy, responsible kids. 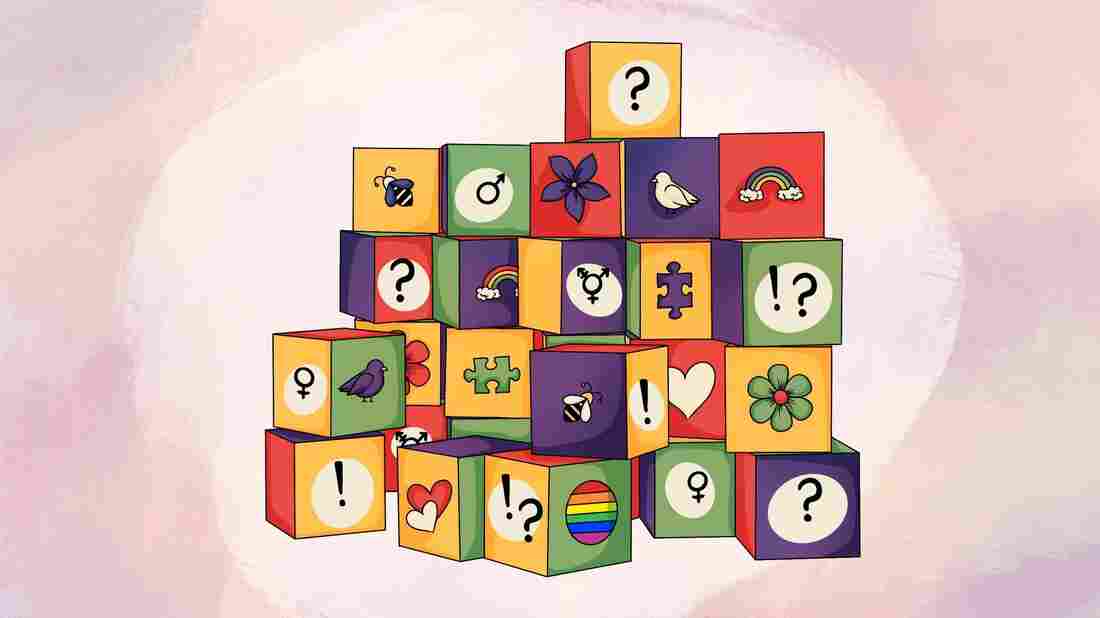 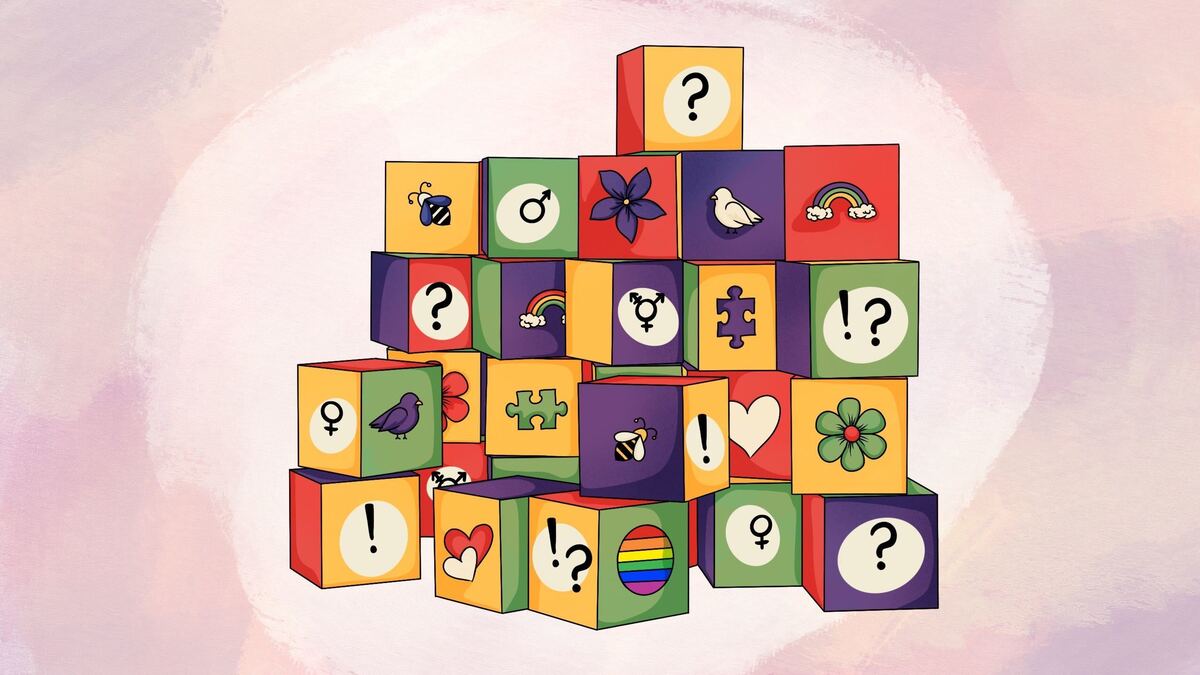 This story is adapted from an episode of Life Kit. Listen to the podcast at the top of the page, or find it here. For more, subscribe to our newsletter.

Here's something that I (Anya, a co-host of Life Kit's parenting episodes) freely admit that I screwed up as a mom. I grew up in the Deep South with a mother who, while absolutely a feminist, was known to cut off certain topics with "that's dirty" or "you're too young to know that."

So maybe I was working off this legacy when I had my own daughters. For whatever reason, I thought it would be a good idea to come up with a "discreet" family nickname for the female genitalia. As a Jewish family, we landed on a loose corruption of Yiddish. Thus: the "schnoodie."

Oops. Body parts have names, and using them is the first step to keeping kids safe and healthy.

A penis is not a "hoo-hoo," and a vulva is not a "schnoodie"

For this Life Kit episode, on talking about bodies, sexuality and relationships with prepubescent children, we got schooled by Dr. Cora Breuner, who happens to be the lead author of the American Academy of Pediatrics' guidelines for clinicians on evidence-based sexuality education for children and adolescents.

She says: Just say the real words. Penis. And vulva.

The reasons are many. First, this kind of clarity keeps young kids healthy, in case they have to tell you or the pediatrician that something itches, for example. Or hurts. Second, getting comfortable with the correct terms is the first step for us as parents to reduce shame or discomfort and open up a dialogue that, ideally, will last from early childhood through adolescence and beyond.

Here are the rest of the takeaways from this episode.

(You can listen to the full podcast episode here, or visit the audio at the top of the page.)

Kids are never too young for you to answer their questions — clearly, simply, honestly and, let's not forget, briefly. "Factual, concise and loving" is Breuner's mantra.

Let's take the classic — "Where did I come from?"

Brittany McBride is a sex educator with Advocates for Youth, and she works with 40 of the largest school districts in the U.S. to improve sex education. McBride explains how she answered that question when her own daughter was just 5 or 6 years old.

"Really, when a kid is that young," McBride says, "the question is not so much about sex but instead about, like, space and time. And where was I before I got here? And how did I get here? As opposed to the actual act of sex and how they were created." So, McBride says, just answer the question they're asking. No less, no more.

So the first answer could be: "You grew in [mom or your birth mom's] uterus. And that's where a baby lives and grows until they're born. And then you were born, and you joined our family and we've loved you."

Notice that there's no mention of sex. Yet.

Later, when your children start to wonder, "But how did I get in your uterus?", McBride and other sex educators suggest starting your answer with something like, "A person's penis is shaped just the right way for it to fit with another person's vagina. Like a puzzle."

Talk about everybody right from the beginning

Even when we're keeping things brief for children, we still need to be accurate about gender identities and families that might be different from our own. Young kids need to know that not all babies have a mommy and a daddy and that not all girls have vulvas.

Breuner says research shows that when sex education is more inclusive of LGBTQ+ people, it leads to less bullying and discrimination at school.

Even in early childhood, parents can lay the groundwork for a better understanding of consent, desire, bodily autonomy and other social and emotional skills that will set children up for success in relationships and in life.

Bonnie J. Rough is the author of the book Beyond Birds and Bees, which draws on her experience living in Amsterdam and appreciating the Dutch attitudes of openness about sexuality.

She suggests that tickling is a great learning opportunity. Before she and her daughter begin tickle play, Rough says, she asks her daughter where she would — and would not — like to be tickled. And they have an ironclad rule that if her daughter says, "Stop!", then her mother must stop.

"That's a lesson" for children, Rough says, "about how to treat other people and how to listen to that."

McBride says giving and receiving hugs from relatives or family friends is another great time for children to understand how to set and respect boundaries. If they don't want to give Grandma a smooch, let them know that they don't have to — and that you'll back them up.

Kids are going to explore their bodies, and that's OK

"I love to joke that I knew that my youngest was a boy, because on the ultrasound, I saw him playing with his penis," McBride jokes. But her point is clear: Genital touching happens in the womb, and later it may well happen in your living room too. What then?

Rough suggests that parents take a deep breath and let their kids know that it's perfectly normal and actually a good thing. "We can challenge ourselves to encourage our children to enjoy living in the human bodies they were given by saying things like, 'Isn't it nice to have a body that can feel good?' "

McBride adds that, if you wish, you can also talk to your children about finding a safe space and time to explore their bodies — such as in their rooms before bed — but to keep the talk light and don't make them feel embarrassed or ashamed.

And if your child is exhibiting or exploring bodies with a playmate? That's also fairly common, say our experts. Rough quotes Dutch sex educator Elsbeth Reitzema on the key rules to set: "The first rule is everyone has to agree it's a nice idea to play. ... That's about affirmative consent. And childhood is a great time to practice that. The second rule is you may do no pain. And rule number three is that nothing goes in any orifices."

McBride says that depending on the situation, it's also fine to tell your kids, "This is not a naked playdate — get dressed!" But don't make too big of a deal out of it either.

And one of the facts about sex that rarely gets taught or even mentioned is that it's supposed to feel good.

Dan Rice, a nationally recognized sex educator and McBride's colleague at Advocates for Youth, made this great point: "If we are not talking about pleasure as part of the sexual act, when students start to get older, they basically start to tune us out because they feel like we are being disingenuous with them."

Rough says that this is yet another area where the Dutch approach pays off. "Dutch men and women are twice as likely as Americans to characterize their first time having sex as a positive experience — fully wanted and enjoyed, well-timed and within their control."

And that's something we could all hope is in our children's future.

From Brittany McBride and Dan Rice of Advocates for Youth:

She recommends these books for young children:

The audio for this episode was produced by Lauren Migaki.