Accessibility links
"The Kingmaker" filmmaker Lauren Greenfield on interviewing Imelda Marcos Imelda Marcos is one of the most notorious figures in recent history, and she's the subject of Lauren Greenfield's new documentary The Kingmaker. It's an intimate profile of the former Philippine first lady as well as a critique on plutocracy. Lauren tells us how she got access to interview Marcos and about her other films: Generation Wealth and the brilliant Queen of Versailles. 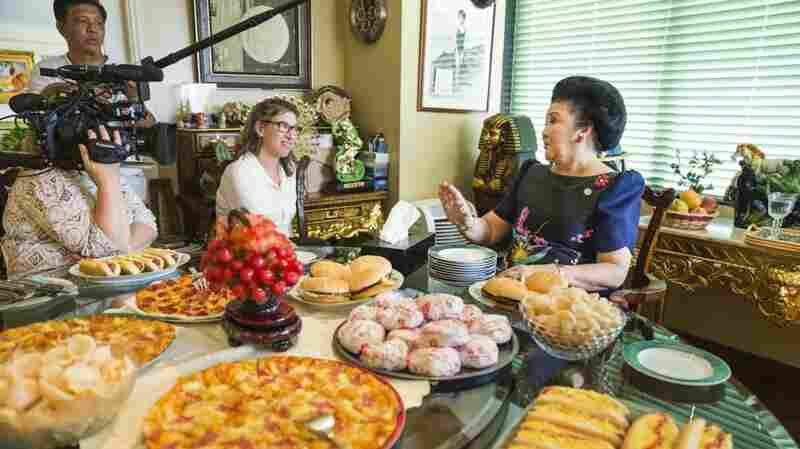 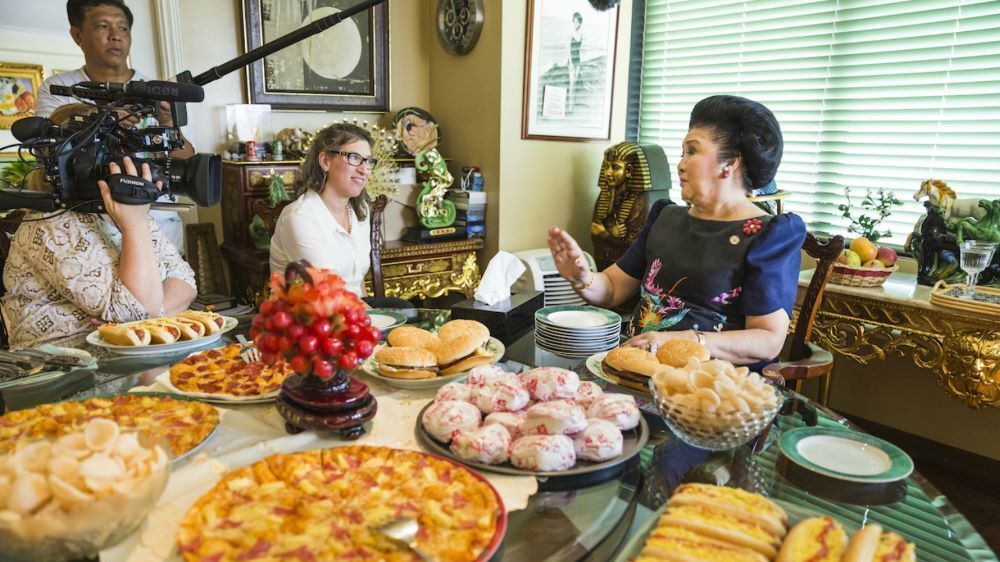 Lauren Greenfield didn't know quite what to expect when she got to interview Imelda Marcos.

Imelda is, of course, a former beauty queen and the former first-lady of the Philippines. In her time there, she rubbed elbows with the likes of Chairman Mao and Saddam Hussein. She and her husband, President Ferdinand Marcos, worked closely together, cultivating a public perception as a power couple tag team.

The Marcos regime, of course, saw countless human rights abuses, the imprisonment and assassination of political rivals, billions of dollars stolen and a 14 year-long period of martial law.

In 1986 it all came to an end when they were forced into exile. Imelda, famously, left behind 3,000 pairs of shoes and abandoned more than one hundred animals she had exported from Africa. Ferdinand died in Hawaii in 1989, but the political legacy of the Marcos' didn't end with his death.

Imelda eventually returned to her home country. Today, she's a member of the Philippine House of Representatives. And her son, Bongbong, is being groomed for a future presidency.

When Lauren Greenfield interviewed Marcos, she thought it might be a chance at a redemption story. But instead, The Kingmaker weaves a complex narrative. It's both intimate and historical. A profile of a powerful woman as well as a critique of the plutocracy she is tied to.

Greenfield, who's also a photographer, has made examining wealth and power her life's work. Like her acclaimed 2012 film, The Queen of Versailles, which follows a billionaire family as they attempt build a 90,000 square foot mansion. Or Generation Wealth, a film about materialism and money in the US.

On Bullseye, Lauren talks to us about Imelda's changing, sometimes unreliable version of past events, and how Greenfield had never encountered that before. She also talks about how a lifetime spent covering wealth has caused her to examine her own relationship to money and work.

The Kingmaker is playing in theaters now. It'll debute on Showtime early next year