Accessibility links
FAA Chief Pushes Back On Boeing Pressure To Return 737 Max Jets To Service A day after hearing criticism from Congress that his agency is too cozy with the manufacturer, the FAA administrator warned Boeing's CEO not to expect quick recertification of the grounded planes. 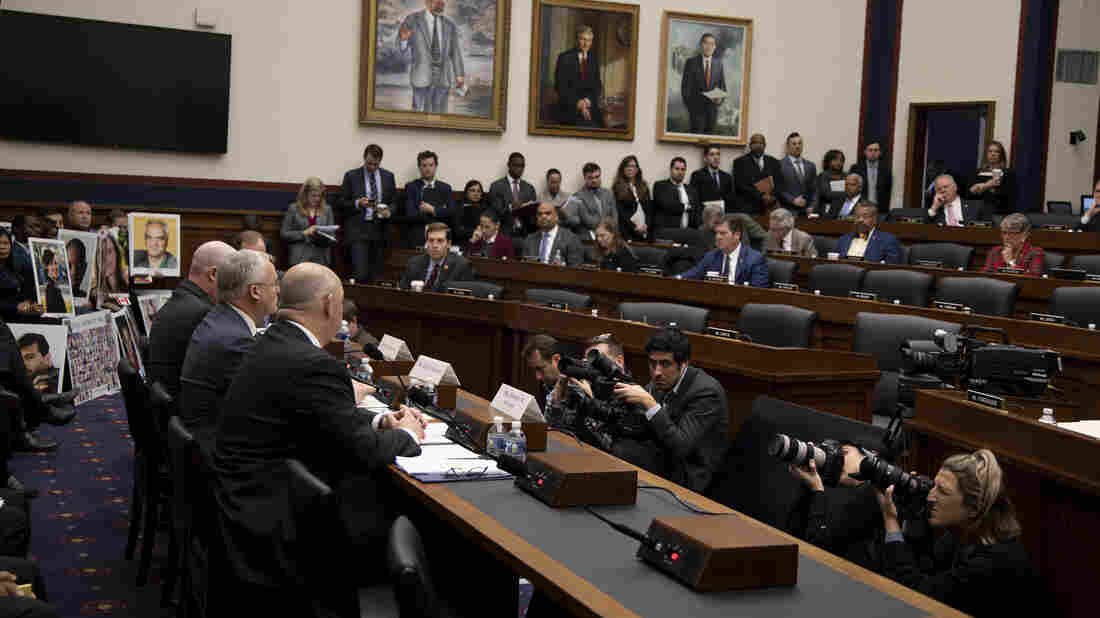 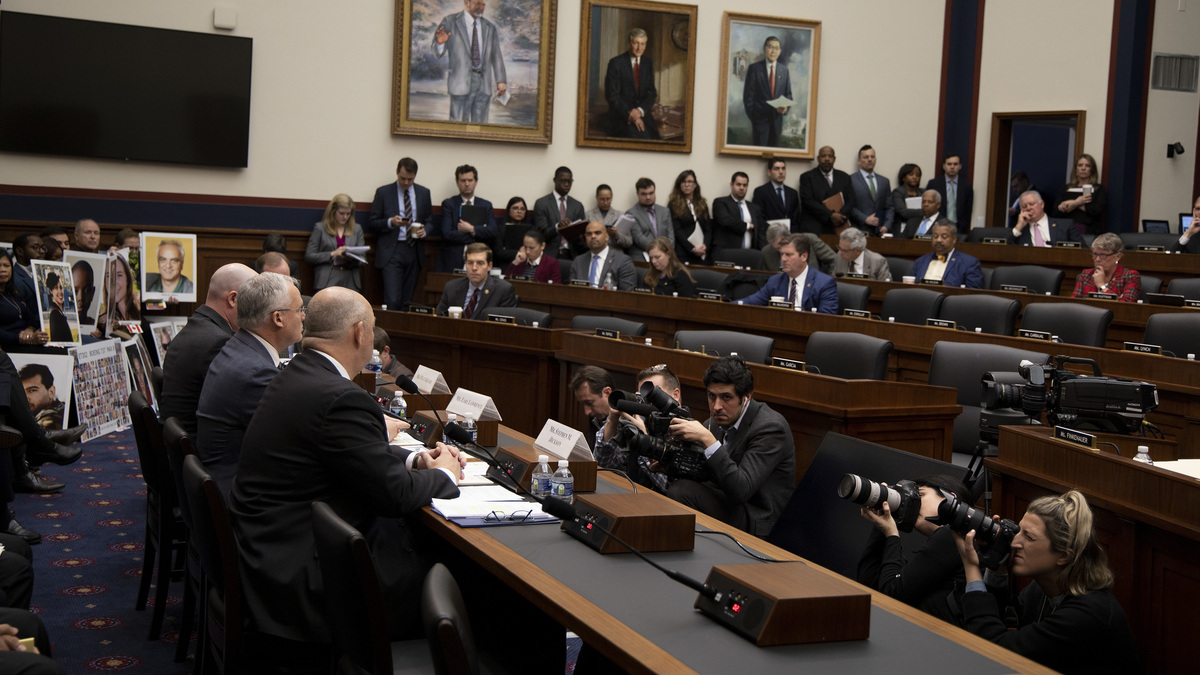 FAA Administrator Stephen Dickson and other officials answer questions about the Boeing 737 Max at a House Transportation Committee hearing on Wednesday.

The head of the Federal Aviation Administration has told Boeing's chief executive to back off the company's push to speed up the recertification of the troubled 737 Max airplane.

The warning happened in a meeting between FAA Administrator Stephen Dickson and Boeing CEO Dennis Muilenburg at the FAA's headquarters in Washington on Thursday, and comes just a day after Dickson faced intense questioning from Congress over what some lawmakers say is a too-cozy relationship between the FAA and the company it regulates.

Aviation authorities around the world ordered all 737 Max aircraft grounded last March, after the second of two deadly crashes that were primarily caused by a faulty flight control system on the planes. The crashes in Indonesia and Ethiopia together killed 346 people.

Ever since the grounding, Boeing officials have been predicting a quick return of the jets to passenger service. Company statements since September have been especially direct in predicting regulator approval for Max software fixes in the fourth quarter, and recent statements have suggested certification is imminent, happening before end of the year. 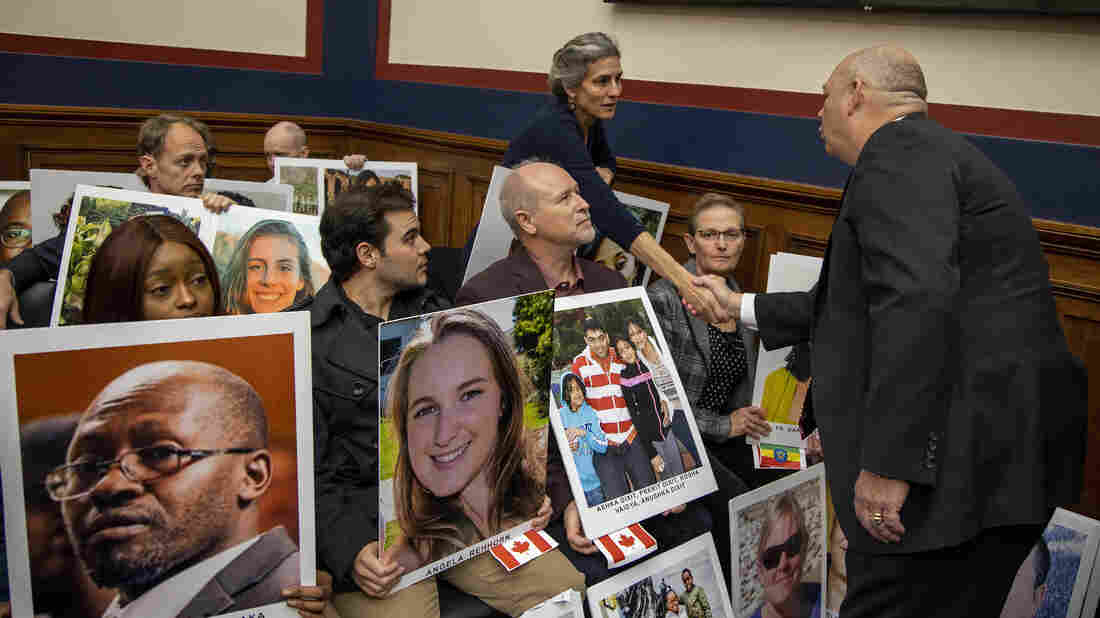 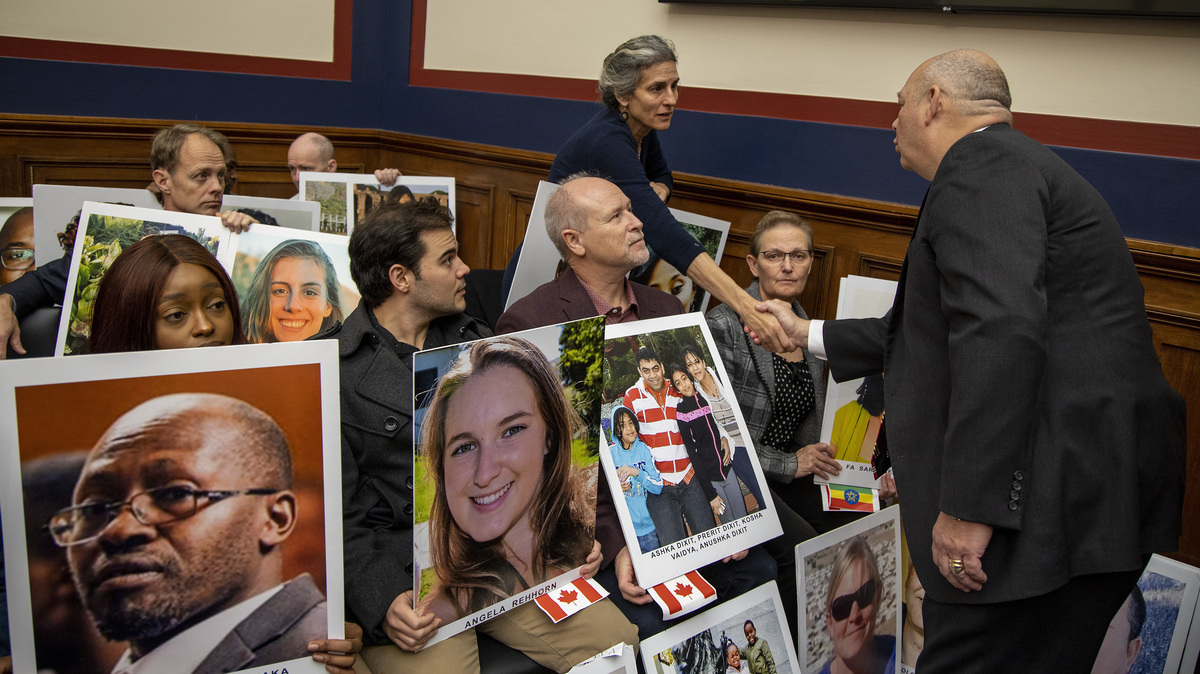 According to an email sent by the FAA to the congressional aviation oversight committees, "the purpose of the meeting is to ensure Boeing is clear on FAA's expectations regarding the ongoing review of the 737 MAX."

"The Administrator is concerned that Boeing continues to pursue a return-to-service schedule that is not realistic," the email says, adding that Dickson is more concerned with "the perception that some of Boeing's public statements have been designed to force FAA into taking quicker action."

During the meeting, Dickson told Muilenburg "that Boeing's focus should be on the quality and timeliness of data submittals for FAA review," according to second email sent to the congressional committees. Dickson also "made clear that FAA's certification requirements must be 100% complete before return to service." And "he reminded Mr. Muilenburg that FAA controls the review process" and that the FAA's aviation safety experts will take all the time they need to get the 737 Max review right.

Boeing emailed a statement saying its top executives "had a productive meeting" with FAA officials and that "Boeing reaffirmed with the FAA that safety is our top shared priority, and we committed to addressing all of the FAA's questions as they assess MAX certification and training requirements. We will work with the FAA to support their requirements and their timeline as we work to safely return the Max to service in 2020."

FAA certification of the Max is now not expected until February at the earliest, and in the U.S., Southwest and American Airlines have now pulled the plane from its schedules and canceled 737 Max flights into April.