Accessibility links
Grieving LeBaron Family Wants U.S. To Designate Mexican Cartels As Terrorists Relatives of nine American women and children who were brutally killed in Mexico last month were in Washington this week to tell their story. They want the U.S. to go after drug cartels. 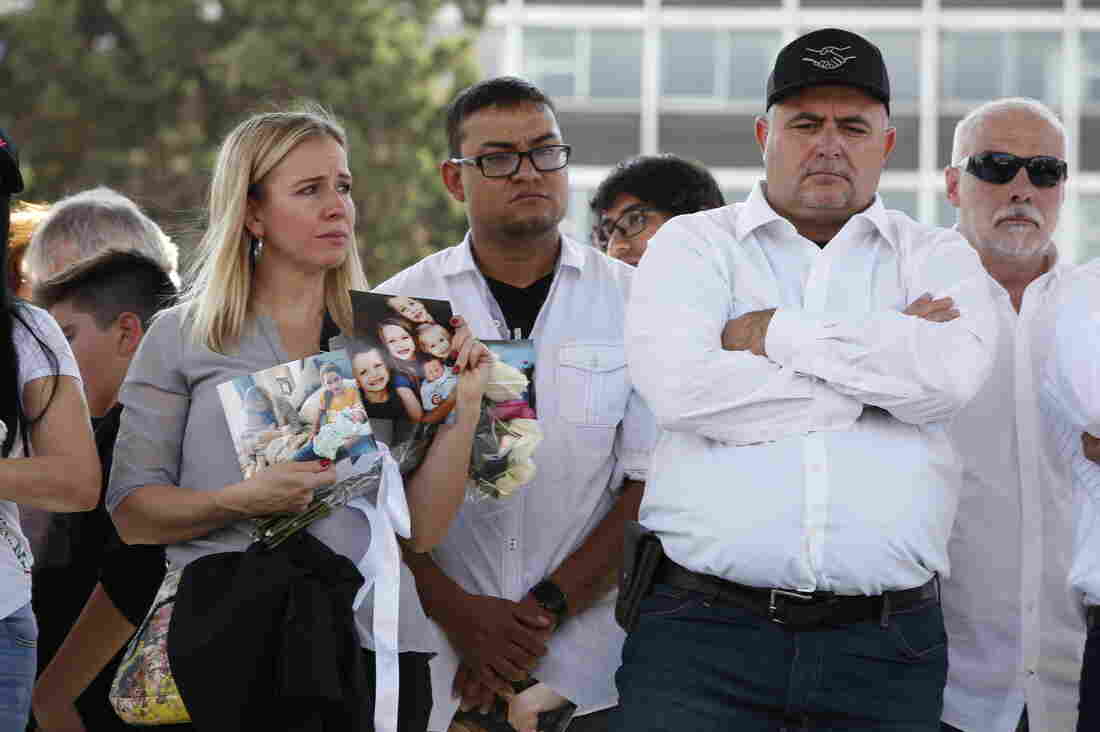 Adriana Jones, a member of the LeBaron family, holds images of relatives who were killed in November. Jones and other family members were participating in a Dec. 1 protest in Mexico City against Mexican President Andrés Manuel López Obrador to express anger and frustration over increasingly appalling incidents of violence. Ginnette Riquelme/AP hide caption 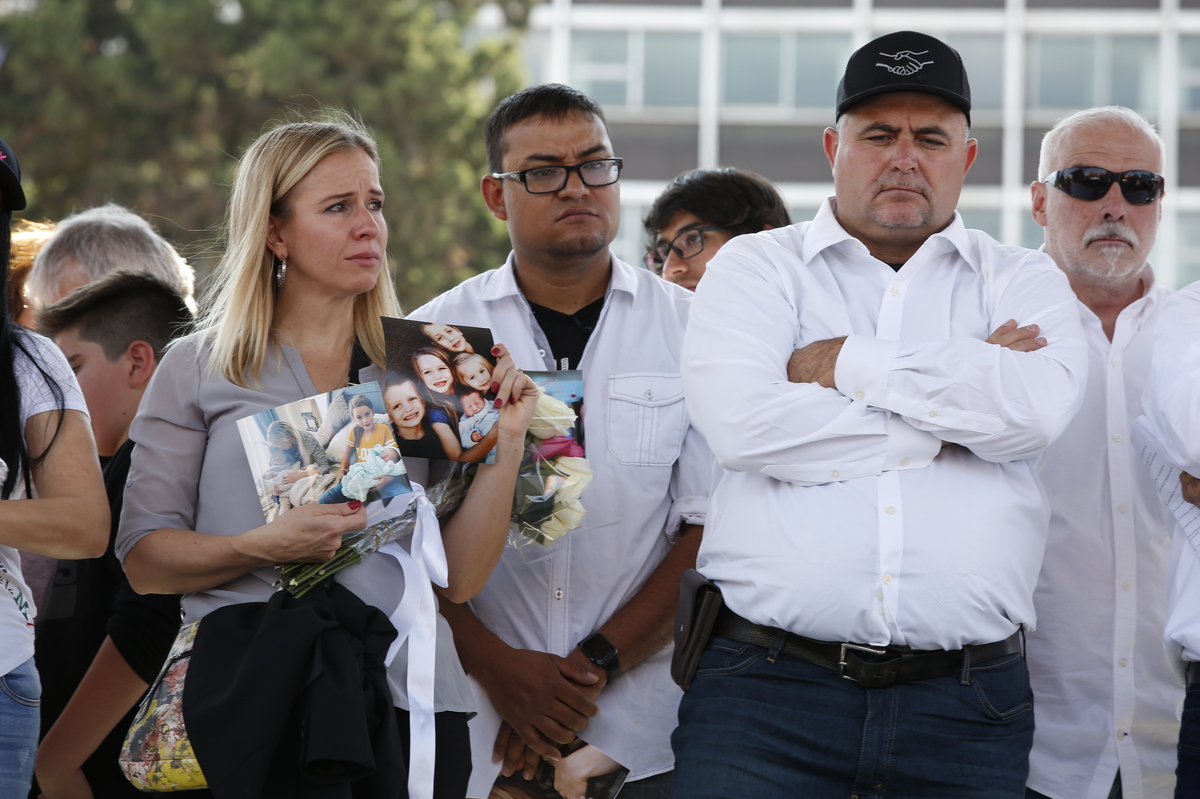 Adriana Jones, a member of the LeBaron family, holds images of relatives who were killed in November. Jones and other family members were participating in a Dec. 1 protest in Mexico City against Mexican President Andrés Manuel López Obrador to express anger and frustration over increasingly appalling incidents of violence.

It was almost dark when Shalom LeBaron reached the spot where her daughter, Rhonita Miller LeBaron, and four grandchildren were killed. LeBaron found the remains of her 10-year-old granddaughter in the back seat of a car that had been riddled with bullets and set on fire earlier that morning.

"Facedown, crunched up in fetal position because she was so afraid," LeBaron said through tears in an interview with NPR. "That's how her bones were found."

It's been a month since the brutal massacre of nine women and children in northern Mexico. They were all dual U.S.-Mexican citizens and members of the extended LeBaron family.

Since then, that family has been on a mission: Urging the U.S. government to get more involved in the fight against drug cartels, which have been blamed for gruesome violence across Mexico — including the attack on the LeBaron family.

"It's hard for the Mexican government to compete with that kind of finance, that kind of firepower," said Bryan LeBaron, a cousin of the victims who lives in Utah. "This is going to take an international response or we have no hope."

The LeBaron family came to Washington this week to lobby members of Congress. The family wants the U.S. government to designate drug cartels as terrorist organizations. That would give the U.S. government more tools to fight them and could clear the way for the U.S. to send troops or drones into Mexico.

Members of the LeBaron family have been living in northern Mexico for generations, since they split from the Church of Jesus Christ of Latter-day Saints, though they still consider themselves Mormon. They live in an area near the U.S.-Mexico border that is a major corridor for drug trafficking.

Family members saw the growing violence around them, says Rhonita's sister, Adriana Jones. But nothing could have prepared them for what happened.

"There was this idea that our innocence would protect us. That somehow, because we were so completely uninvolved in any of it, that we were safe," she said.

Jones remembers arguing with her husband about whether it was safe for her to drive alone or with her children in the area. At the time, Jones dismissed his concerns. "'Nobody's going to mess with a mom and five children. Who would do such a thing?'" she remembers asking.

"Yes stuff was going on around us. But no, we never could have imagined the brutality of what happened to my sister and her four children. Never in a thousand years," she said. 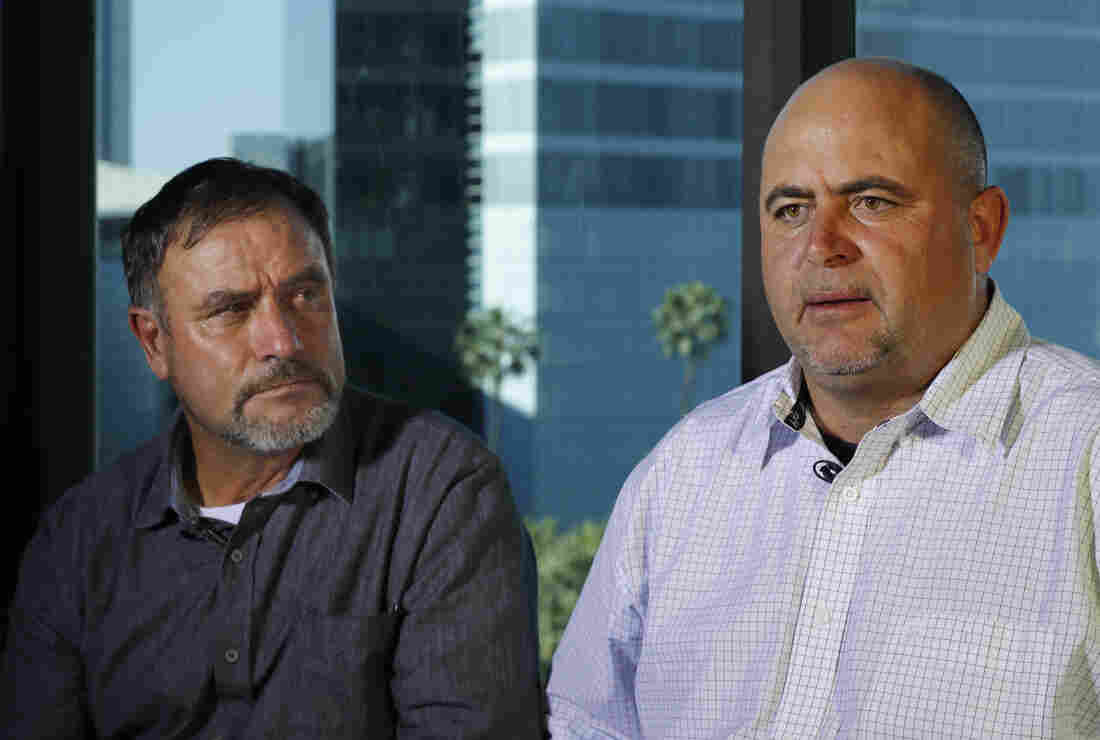 Adrian LeBaron (left), Julian LeBaron and other relatives of nine U.S. dual citizens slaughtered in northern Mexico last month said that López Obrador prayed with them for the safety of the country and pledged to visit the region. Marco Ugarte/AP hide caption 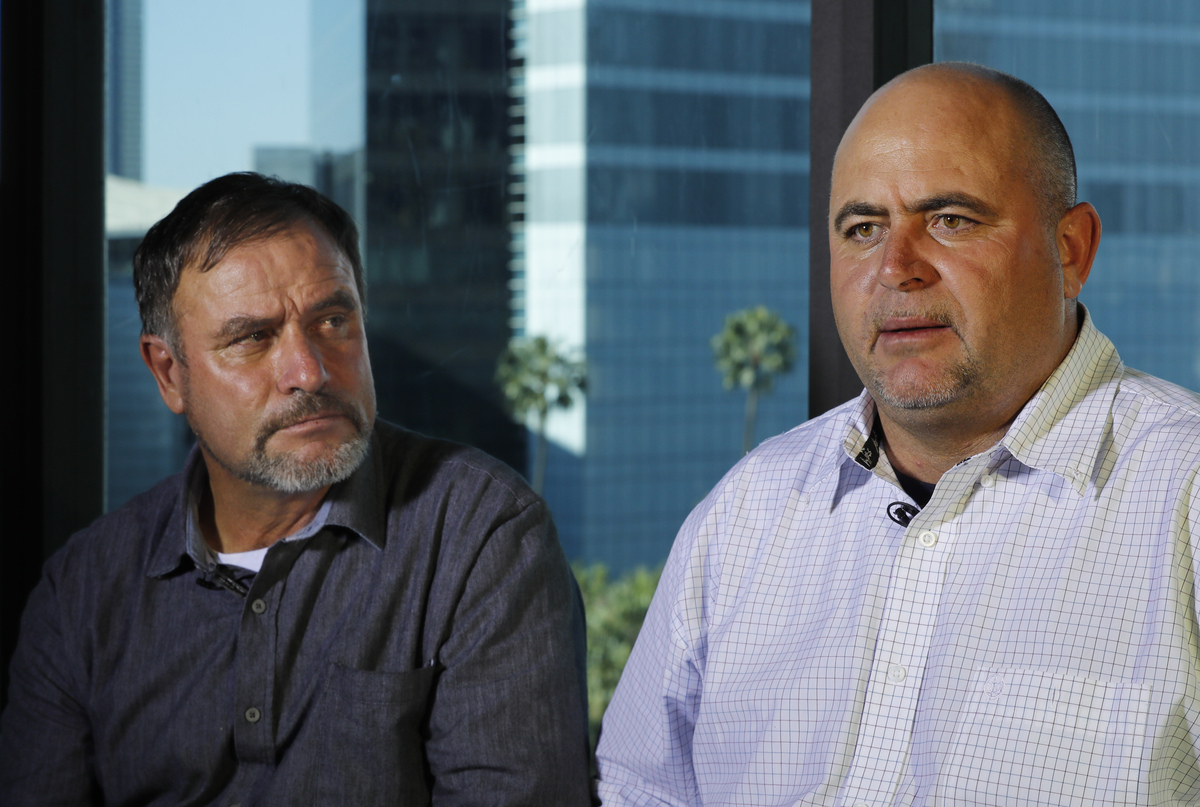 Adrian LeBaron (left), Julian LeBaron and other relatives of nine U.S. dual citizens slaughtered in northern Mexico last month said that López Obrador prayed with them for the safety of the country and pledged to visit the region.

The LeBaron family believes the attackers intended to send a message.

"They wanted the gringos out of there," said Adrian LeBaron, the patriarch of the family. "To be in control of all that area. That's my absolute conclusion."

As difficult as it for family members to talk about the horrible loss they've suffered, they've come to Washington to tell their story because they want to make the case that the drug cartels operate like terrorists.

"They did it to cause terror," says Frank LeBaron, Adrian's nephew, who lives in Utah. "That's how they control things, through terror. In our perspective, they were very aware of what they were doing. What better way to show how ruthless they are than to attack the most innocent thing on this earth," he said.

President Trump initially backed the idea of designating the cartels as terrorists. But since then, he has said that his administration is temporarily holding off on the idea.

"All necessary work has been completed to declare Mexican Cartels terrorist organizations. Statutorily we are ready to do so," Trump wrote on Twitter last week.

All necessary work has been completed to declare Mexican Cartels terrorist organizations. Statutorily we are ready to do so. However, at the request of a man who I like and respect, and has worked so well with us, President Andres Manuel @LopezObrador_ we....

But at the request of Mexican President Andrés Manuel López Obrador, Trump said, "we will temporarily hold off this designation and step up our joint efforts to deal decisively with these vicious and ever-growing organizations!"

Critics on both sides of the border say it would be a mistake to designate drug cartels as terrorist organizations.

"I certainly understand the anger and outrage of families of victims, whether they be American or Mexican," said Roberta Jacobson, a former U.S. diplomat who served as U.S. ambassador to Mexico from 2016 to 2018. "But this is not an effective tool to go after this kind of crime."

Jacobson said the Trump administration already has other tools to combat drug cartels, including money laundering charges. And she cautions that the terrorism designation is deeply unpopular in Mexico because there is a widespread belief that it would be used to pave the way for U.S. military intervention there. That could jeopardize the cooperation of the Mexican government in the fight against cartels.

"Mexico will absolutely reject any kind of military action and become a fierce opponent of what you're trying to do instead of an ally," she said.

Moreover, the designation would create a situation in which the U.S. government is sending asylum-seekers into "terrorist"-controlled territories. Tens of thousands of migrants fleeing persecution have been forced to wait in Mexican border towns for their day in U.S. immigration courts under a Trump administration policy known as "Remain in Mexico."

Still, the LeBaron family argues that the Mexican people would welcome U.S. assistance in the fight against the cartels.

"Our No. 1 position is that the sovereignty of Mexico must be respected," Bryan LeBaron said. "But I absolutely would welcome military aid, special ops especially, special missions. We need that to be able to go after these guys. It has been proven over and over that Mexico cannot handle this issue alone. It's an international crisis, and it will absolutely require an international solution."