Accessibility links
7 Democrats Qualify For December Primary Debate Democrats had one of the most diverse fields of candidates ever to run for president, but that won't be fully represented onstage this month. 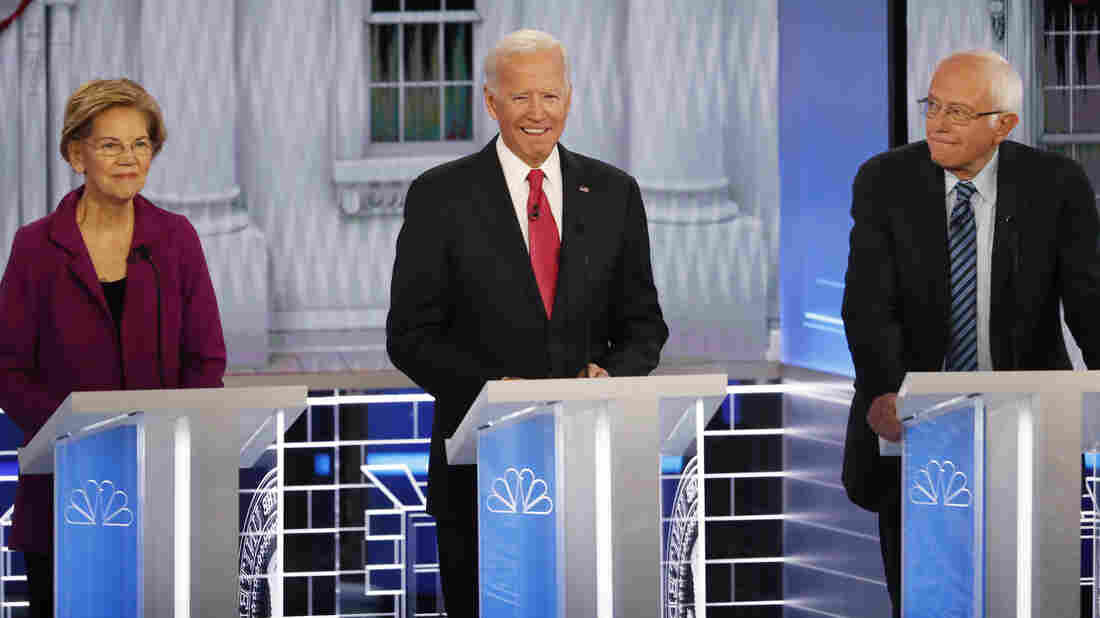 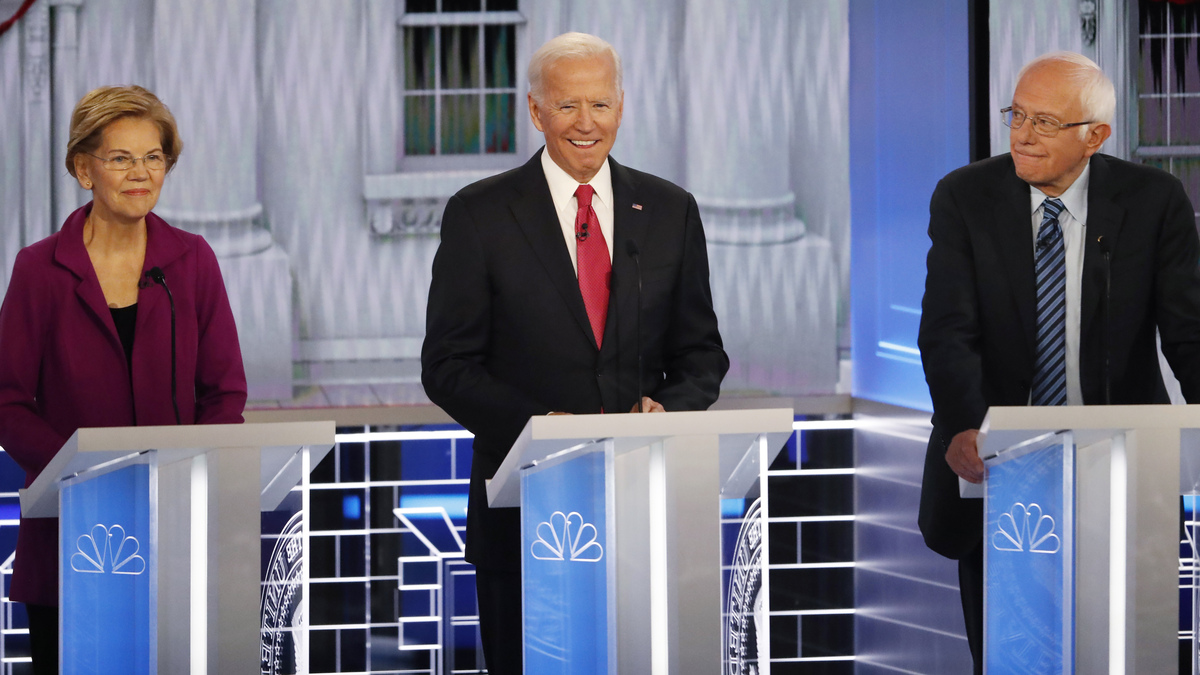 The sixth Democratic primary debate has shaped up to be the smallest — and least diverse — so far of the 2020 campaign.

The Thursday, Dec. 19, debate is being co-hosted by PBS NewsHour and Politico at Loyola Marymount University in Los Angeles.

The scheduled debate may hit a snag, however, as a labor dispute continues at Loyola Marymount. All seven candidates say they will not cross the picket line and participate unless there is a resolution before Thursday.

Democrats had one of the most diverse fields of candidates ever to run for president, but that won't be fully represented onstage this month. Yang, who is Asian American, will be the only nonwhite candidate onstage. California Sen. Kamala Harris had met the December DNC benchmarks, but she dropped out of the race last week.

And New Jersey Sen. Cory Booker and former Housing and Urban Development Secretary Julián Castro didn't qualify either. That leaves the debate without African American or Hispanic candidates — both important demographics and constituencies within the Democratic Party.

Hawaii Rep. Tulsi Gabbard was just one poll short of making the stage but had already announced she wouldn't attend even if she did reach the threshold, saying she'd rather campaign in early states instead.

To qualify for the debate, candidates had to reach 4% in four early-state or national polls or 6% in two early-state polls from Oct. 16 through Dec. 12, in addition to getting 200,000 unique donors, with 800 of those from 20 different states. There are still 15 Democrats running for president, but fewer than half ended up reaching those benchmarks.

However, at least one rising candidate won't be there. Former New York City Mayor Michael Bloomberg made a late entrance into the race last month and has already dropped over $100 million on ads. Bloomberg reached 5% in only two national polls, but even if the billionaire media mogul had hit the polling threshold, he wouldn't have qualified on donors since he is entirely self-funding his campaign.

The smaller stage could lend itself to more focused conversations among the candidates next week. Biden continues to hold a tenuous lead in most polls, with Sanders and Warren close behind. Buttigieg and Warren have also had sharp exchanges in recent days over transparency in their past business and legal work. And other candidates, like Klobuchar, are trying to capitalize on late momentum with another strong debate performance.

This will be the final debate of 2019, but the DNC announced on Thursday four 2020 debates in early-voting states leading up to their primaries or caucuses: Jan. 14 in Iowa, Feb. 7 in New Hampshire, Feb. 19 in Nevada and Feb. 25 in South Carolina.