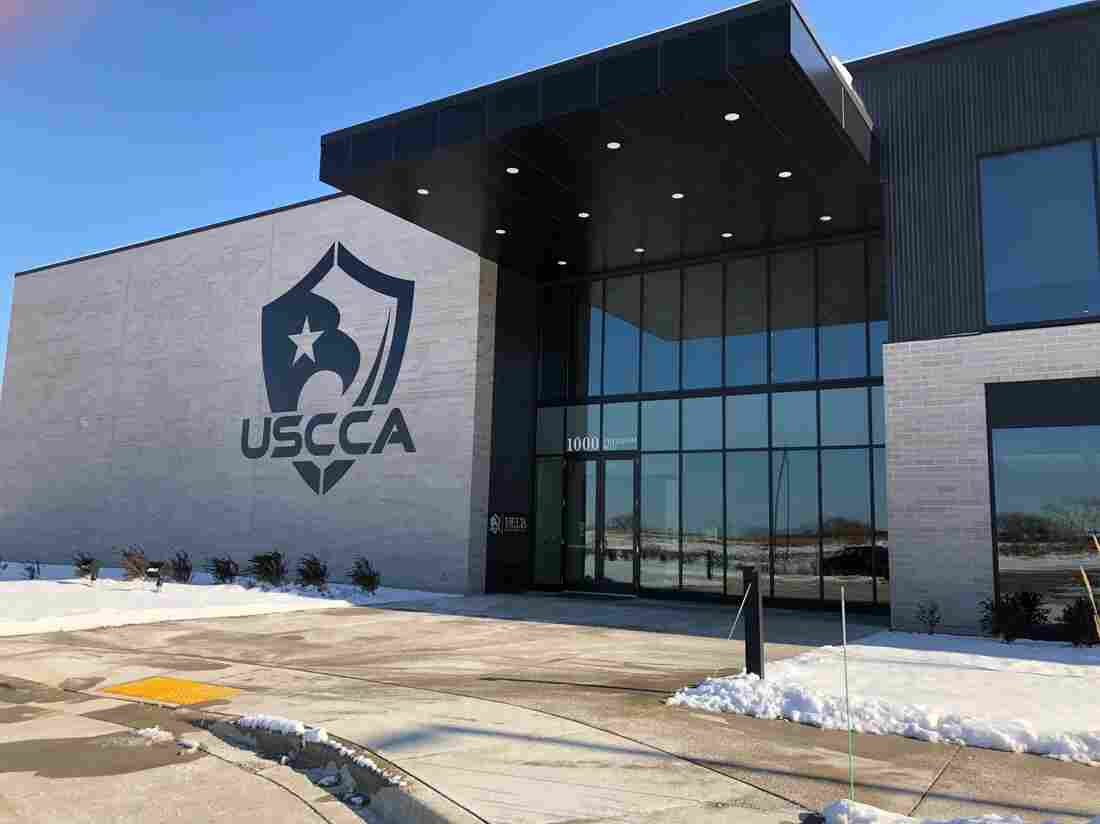 The United States Concealed Carry Association is based in Wisconsin. The organization was created 17 years ago and has more than 300,000 members. Corrinne Hess/Wisconsin Public Radio hide caption 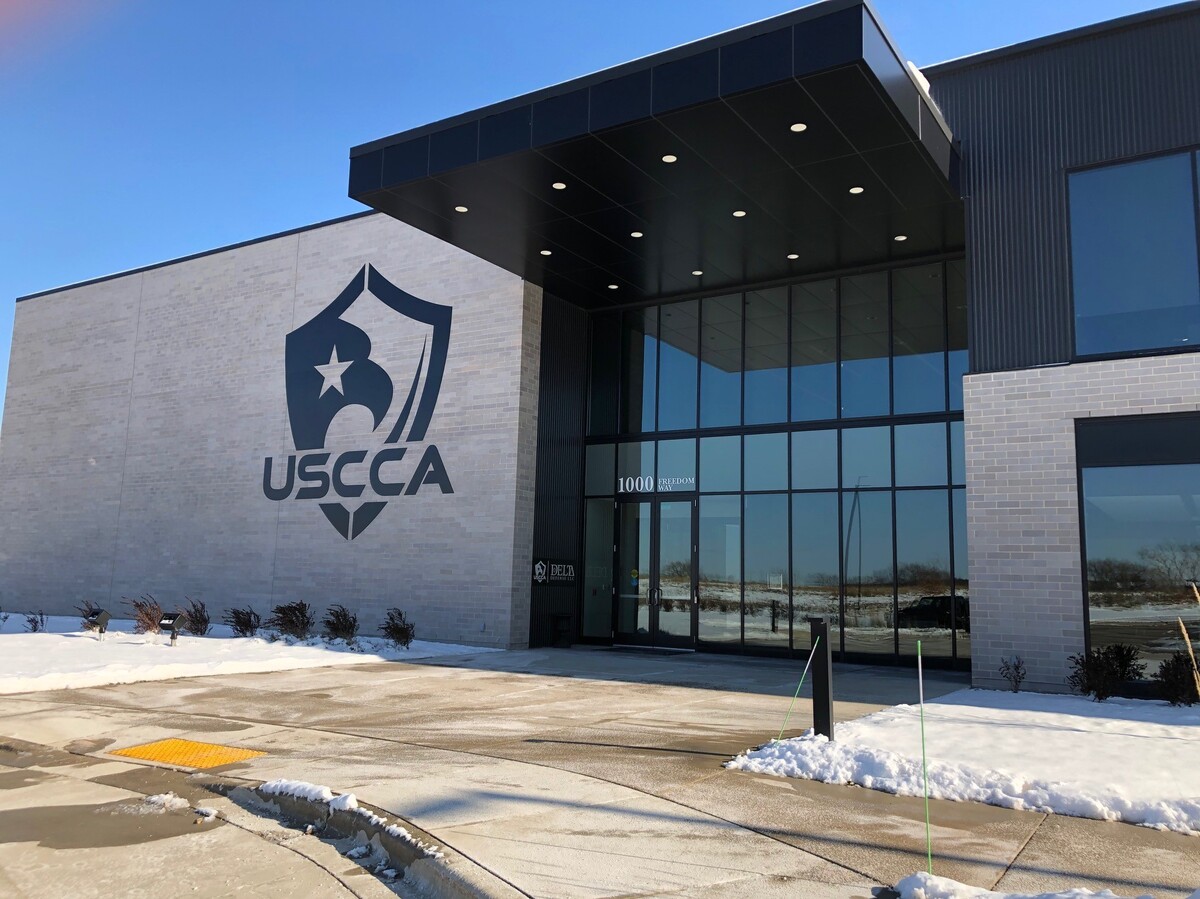 The United States Concealed Carry Association is based in Wisconsin. The organization was created 17 years ago and has more than 300,000 members.

Zee Martín bought her first firearm — a shotgun — in the late 1970s. After her home near Springfield, Mo., was burglarized. Over the years, she began buying more firearms, eventually collecting handguns and participating in gun competitions. In fact, that's how she met her second husband.

Martín has been a member of the NRA for decades. A little over a year ago, she joined another group — the United States Concealed Carry Association. The West Bend, Wis.-based group offers a similar product as the NRA, but the message is very different.

Officials say they've replaced the NRA's legendary macho image with a brand that instead says protect the family.

That appears to be resonating with gun owners like Martín.

"The NRA is a much broader prospective," she said. "They are not as tightly focused in family protection. That's really where the USCCA shines."

Tim and Tonnie Schmidt started the USCCA in their West Bend home 17 years ago by first publishing a self-defense magazine. When the couple had their first child, Tim went through a self-defense awakening.

"I remember sitting in the hospital holding my young son in my arms thinking it's my responsibility to protect and defend this little guy; I've got to figure out how to do it," he said.

It took two years to publish the first magazine. Tim's engineering business paid the bills while the group got off the ground. Eventually, the magazine grew and so did the company. Self-defense education was added. And later, legal protection was too.

Today, the United States Concealed Carry Association employs about 300 people and has more than 300,000 members. The NRA was founded nearly 150 years ago and says it currently has about 5 million members across the country. Its lobbying arm is both impressive and feared.

Schmidt doesn't dispute the fact that he is competing with the NRA.

"If what the USCCA is doing can educate consumers and offer additional information and causes the NRA to sharpen their pencils and do a better job, then in the end everyone wins," Schmidt said.

NRA spokeswoman Amy Hunter said the organization is in the business of protecting and expanding Second Amendment and hunting rights for all Americans.

"The NRA works tirelessly to pass laws in every state that allow for open and concealed carry," Hunter said in a written statement. "Because of our efforts and that of our members, other organizations are able to operate and to make a living off the NRA's steadfast commitment to preserving and expanding self-defense laws."

USCCA members are offered three tiers of education and legal protection. Most people choose the middle package, which costs $30 a month and covers $1.1 million of legal costs if a member needs an attorney after using their firearm.

Guns have been part of Chet Head's life since he was old enough to shoot aluminum cans with his grandfather. These days the Benton, Ill., resident has about half a dozen guns and carries one with him whenever he leaves the house.

"I wouldn't jump out of an airplane without my parachute," Head said. "I know it's highly unlikely, but there is always a chance something could happen. It became second nature to carry a firearm with me."

Head recently dropped his membership with the NRA. He said the USCCA's legal protection is one of the reasons he prefers that organization.

Kevin Michalowski, executive editor of Concealed Carry Magazine, said gun owners need the NRA to lobby for them but that people appreciate the USCCA's diversity. He notes that 40% of members identify as Democrats.

"We are not divisive; we are not exclusive," Michalowski said. "We want everyone who wants to defend themselves to be part of this organization and to learn from us."

While USCCA does not have a presence in Washington, Schmidt has donated to several Republican legislative candidates. He also lobbies for Supreme Court cases involving Second Amendment rights.

But Schmidt's current focus is getting to that 1 million-member mark.

"A lot of people, when they hear anything about firearms, they think about the NRA," he said. "This mentality of 'out of my cold, dead hands.' We see the firearm as simply a very efficient tool to get to the endgame, which is what we want, of protecting my family and loved ones."

With 2020 quickly approaching, gun control is likely to become a national talking point again. The NRA and USCCA will both be fighting for Second Amendment protections, and for members.