Accessibility links
House Judiciary Committee Approves 2 Articles Of Impeachment After an abrupt end to a contentious day of debate, the panel reconvened Friday morning to pass the articles on party-line votes. The full House of Representatives is expected to vote next week. 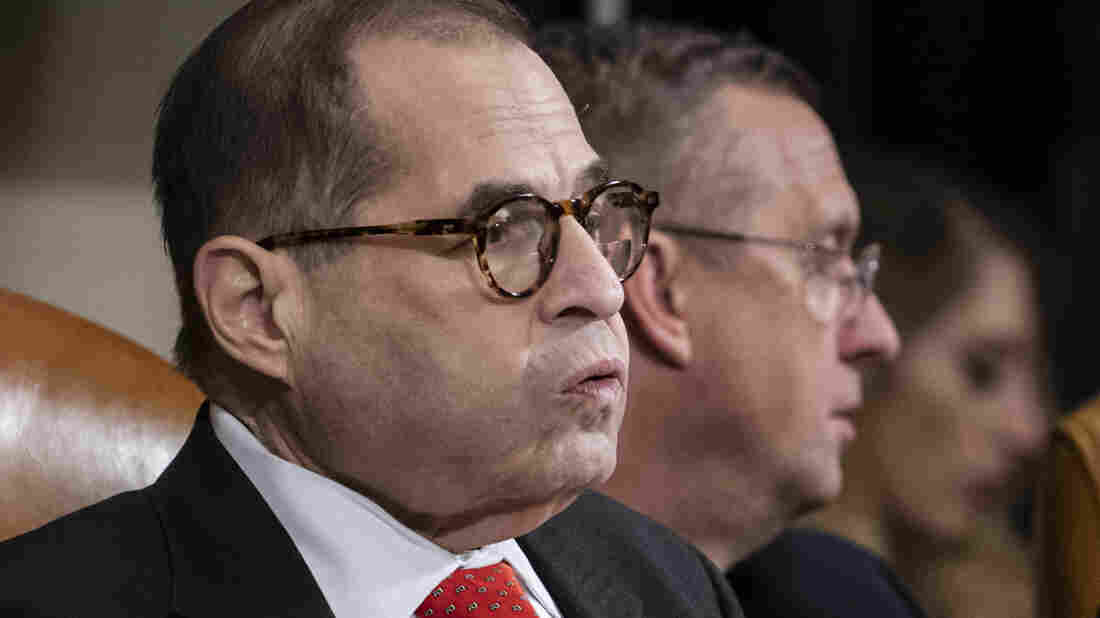 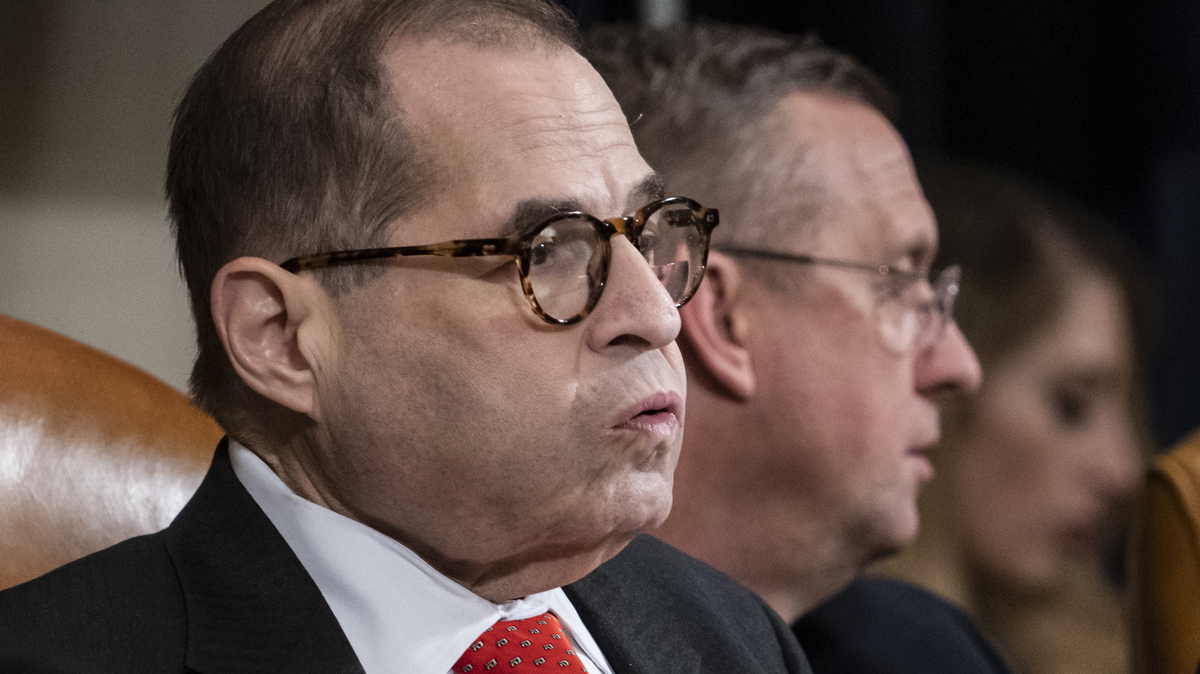 House Judiciary Committee Chairman Jerry Nadler had adjourned Thursday without a vote on the articles of impeachment. Ranking member Doug Collins (in background) likened the move to a "kangaroo court."

The House Judiciary Committee on Friday approved two articles of impeachment against President Trump, making him the fourth president in American history to face impeachment.

In contrast to Thursday's contentious back-and-forth between the two parties, Friday's session was devoid of rancor, or even any debate. Immediately after calling the session to order, Judiciary Committee Chairman Rep. Jerrold Nadler, D-N.Y., ordered two votes, one for each article. Both were approved 23-17 along party lines.

In brief remarks after the votes, Nadler said, "Today is a solemn and sad day. For the third time in a little over a century and a half, the House Judiciary committee has voted articles of impeachment against the president for abuse of power and obstruction of Congress."

He promised the House "will act expeditiously."

Speaking to reporters after the vote, Trump said Democrats were "trivializing impeachment."

"It's a witch hunt. It's a sham. It's a hoax," Trump told reporters as he began an unrelated meeting in the Oval Office with Paraguayan President Mario Abdo Benitez.

Commenting on the next stage of impeachment – the Senate's impeachment trial, Trump said he wouldn't mind a long trial and would like to see the whistleblower testify.

Judiciary Committee member Debbie Lesko, R-Ariz., told reporters that the committee's action was "a travesty for America, and it's really tearing America apart." She added, "I have never in my entire life seen such an unfair, rigged railroad job against the President of the United States."

The committee had been expected to approve the articles Thursday evening, but shortly after 11 p.m. ET, Nadler punted the vote to the next morning.

Trump Dismisses Charges Against Him As 'Impeachment Lite' — Is He Right?

"It is now very late at night," he said, adjourning the hearing. "I want the members on both sides of the aisle to think about what has happened over these last two days and to search their consciences before we cast our final votes."

"You've just blown up schedules for everyone," Collins said. "This is the kangaroo court that we're talking about."

Throughout the day on Thursday, and for several hours on Wednesday, committee members delivered partisan talking points in support of or in opposition to Trump's impeachment. Republicans offered several amendments that were rejected.

If the full House votes to impeach the president, the Senate would then begin a trial to determine whether to remove Trump from office or, much more likely in the Republican-led chamber, acquit him.

Senate Majority Leader Mitch McConnell, R-Ky., said in an interview on Fox News on Thursday evening, "There is zero chance the president will be removed from office."

McConnell said he was hoping that there would be no Republican defections in the Senate trial and that he was working closely with White House lawyers, pledging "total coordination."