Accessibility links
South Carolina To Impose Medicaid Work Requirements Under the new rules, most adults who qualify for Medicaid coverage will be required to prove they work at least 80 hours a month, or are doing other activities like volunteering or hunting for a job. 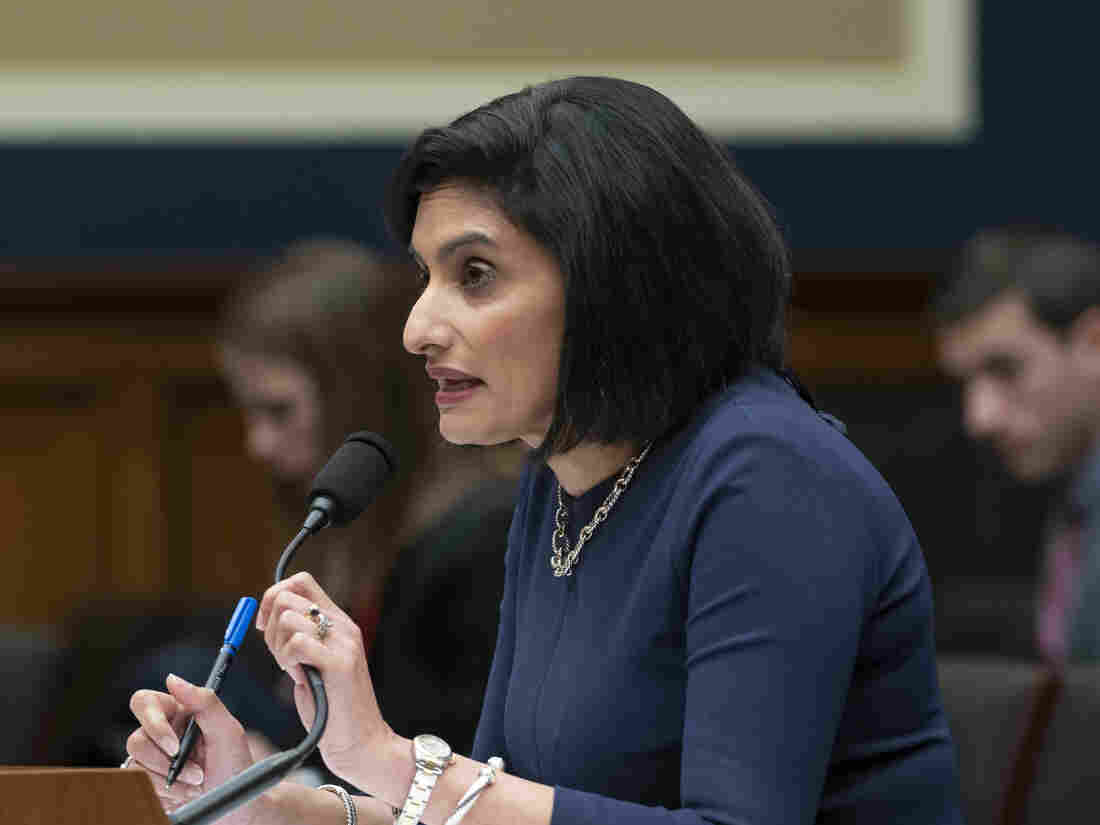 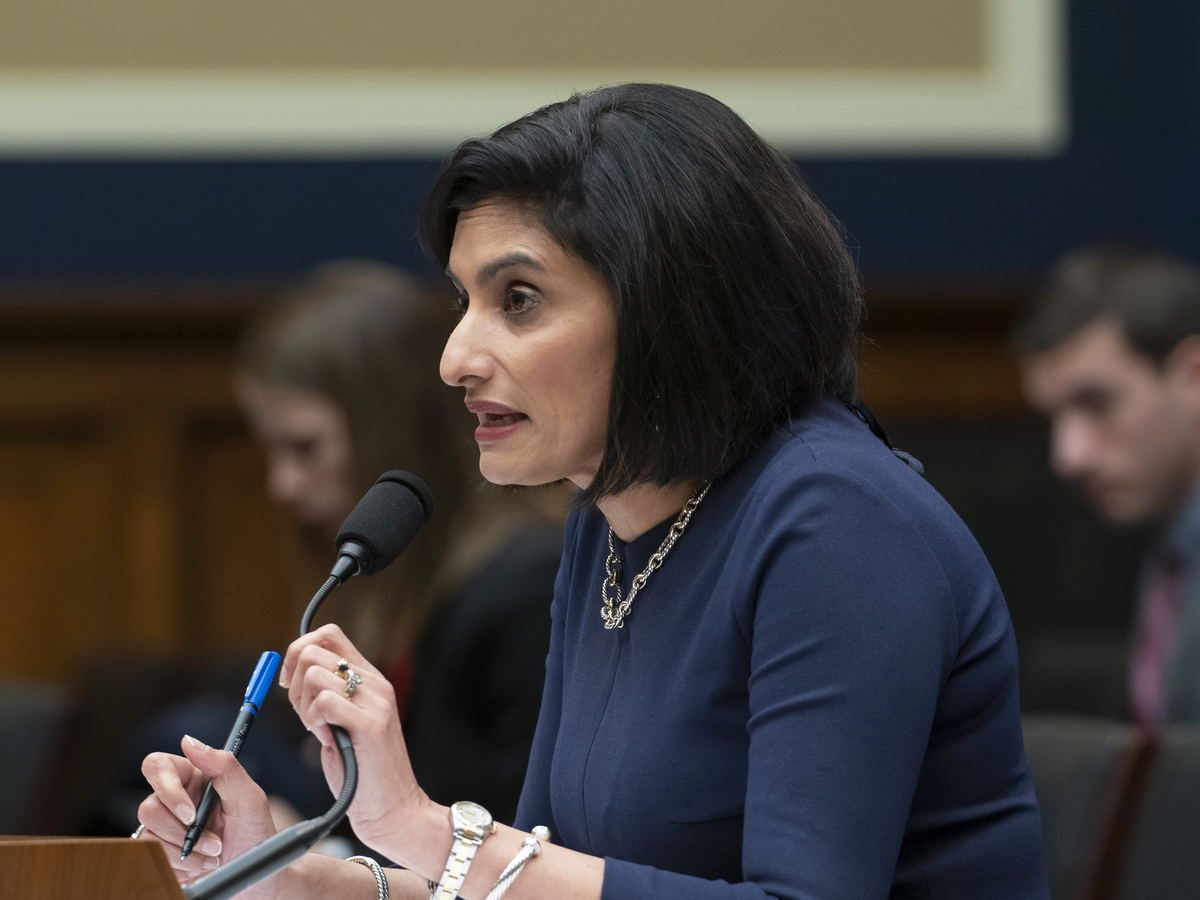 South Carolina received approval from the Trump administration on Thursday to impose Medicaid work requirements, a move likely to trigger a challenge in federal court.

Under the new rules, most adults who qualify for Medicaid coverage will be required to prove they work at least 80 hours a month, or are doing other activities like volunteering or hunting for a job.

The Trump administration has made it a priority to allow states to attach work requirements to Medicaid benefits — something that has not been the case under previous administrations. Critics and many health analysts say most adults who get coverage from Medicaid are already working, and rather than promote employment, these requirements instead cause people to lose their health coverage.

Nearly a dozen states have already tried to implement Medicaid work requirements, but South Carolina is one of only a few that has not expanded Medicaid eligibility under the Affordable Care Act. That means the new rules will primarily impact low-income parents, since most adults without children do not qualify for Medicaid coverage in South Carolina.

In Arkansas, the only state to actually implement the rules, more than 18,000 people lost coverage before a judge blocked the program in March. A federal court has also struck down work requirements in New Hampshire and Kentucky.

Seema Verma, the administrator of the Centers for Medicare and Medicaid Services, announced she had approved the waivers in a press conference in South Carolina on Thursday with the state's Republican governor, Henry McMaster.

"In a spirit of humility – recognizing that Washington D.C. does not hold all the answers – the Trump administration has sought at every turn to grant states flexibility in shaping their Medicaid programs," Verma wrote in a statement. "South Carolina's requirements – complete with appropriate protections – will lift South Carolinians out of poverty by encouraging as many as possible to participate in the booming Trump economy."

Thank you Governor @henrymcmaster and his team for their efforts in today’s two approved #Medicaid demonstrations to help build a bridge out of poverty for South Carolinians! Learn about the demonstrations here: https://t.co/bpc4Wh940Y https://t.co/EpGa8vty5b pic.twitter.com/2Ixo0l4EQj

Under the waivers, South Carolina will broaden Medicaid eligibility to an additional 32,000 parents who have slightly higher incomes than the current threshold, as well as 14,000 people who are chronically homeless, need substance abuse treatment or are in the criminal justice system.

But all those newly covered adults, along with the 80,000 who already receive Medicaid benefits in South Carolina, will have to complete the new work requirements. The state will grant exemptions to certain people, like those who can prove they're medically frail or the primary caregiver of a child or a disabled adult.

"In this economy there is no excuse for the able bodied not to be working," McMaster, the South Carolina governor, wrote in a statement.

The state's new work requirements will disproportionately impact African Americans, women and people who live in rural areas, according to Joan Alker, executive director of the Georgetown Center for Children and Families, who has extensively studied Medicaid work requirements.

"At first blush, the goal to help these parents work is a fine goal," Alker said in an interview with NPR. "But this policy is not going to get there. What it's going to do is add layers of red tape and punitive sanctions, that will result in parents losing their health insurance. And that's going to be a set back for them in their abilities both to be good parents and to be able to get a job."

Alker says that in Arkansas, less than 1 percent of people impacted by the work requirements ultimately got a job, but about a quarter ended up losing their health coverage. And she says states typically "don't provide any additional resources to address barriers that people face to work, for example transportation, job training and child care."

Research has also shown that when people lost coverage, it wasn't because they were not working or trying to skirt the requirements.

"We now have good data indicating that tens of thousands of people were kicked off of Medicaid, not because they were ineligible under the work requirement program, but because they had trouble actually following through on the reporting requirements — dealing with websites, trying to figure out how to report hours effectively, and all the rest," Nicholas Bagley, a law professor at the University of Michigan, told NPR in October.

Critics say the Trump administration has viewed policies like work requirements as tools for curbing the number of beneficiaries in a moment when more people are being covered because of Medicaid expansion under the Affordable Care Act.

As NPR's Selena Simmons-Duffin has reported, Medicaid expansion was a central part of the ACA.

"The federal government helped pay for states (that chose to) to expand Medicaid eligibility beyond families to include all low-income adults, and to raise the income threshold, so that more people would be eligible. So far, 37 states and Washington have opted to expand Medicaid. Even though HealthCare.gov and the state insurance exchanges get a lot of attention, the majority of people who gained health care coverage after the passage of the ACA — 12.7 million people — actually got their coverage by being newly able to enroll in Medicaid."

That's why experts like Alker say the decision to issue work requirements in a state that didn't expand Medicaid in the first place is so significant.

But CMS Administrator Seema Verma has pushed back against the claim that work requirements are "some subversive attempt to just kick people off Medicaid."

"When you consider that, less than five years ago, Medicaid was expanded to nearly 15 million new working-age adults, it's fair that states want to add community engagement requirements for those with the ability to meet them," Verma said in a speech last year. "It's easier to give someone a card, it's much harder to build a ladder to help people climb their way out of poverty."

While children are not subject to the work requirement, Alker says that does not mean they won't be impacted. She says that when any member of a family is without insurance, that can leave the whole family exposed to economic instability like medical debt or bankruptcy. Research has also shown that children of parents who lose coverage are more likely to become uninsured, too.

"Medicaid work reporting requirements just don't work," a coalition of medical groups including the American Academy of Pediatrics wrote in a statement. "The requirements are burdensome for individuals, do not lead to increases in employment, and instead cause people to lose their health insurance coverage. We are disheartened and alarmed that the administration has once again approved a policy that has been proven to lead to fewer people getting the care they need."