Accessibility links
Freshman, Moderate Democrats Weigh An Impeachment Vote In Highly Partisan Times Moderate Democrats are facing one of the most difficult political decisions in their careers. And the stakes couldn't be higher for their freshman class. 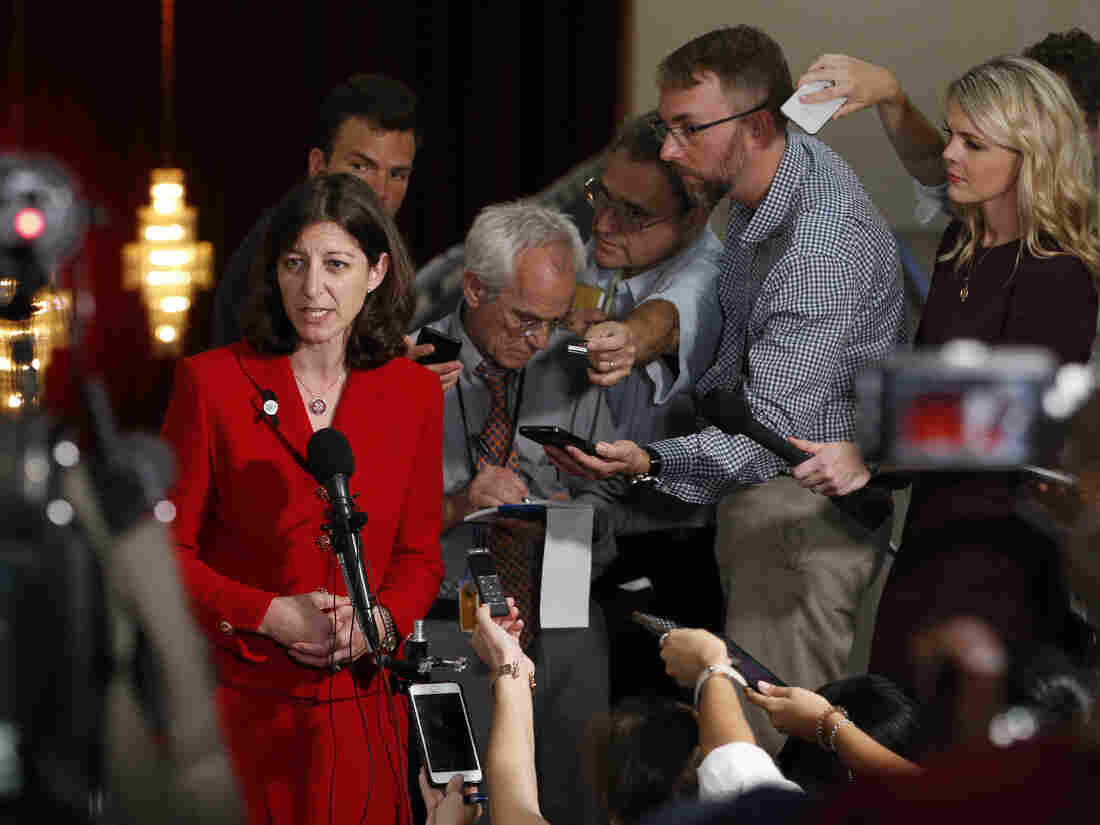 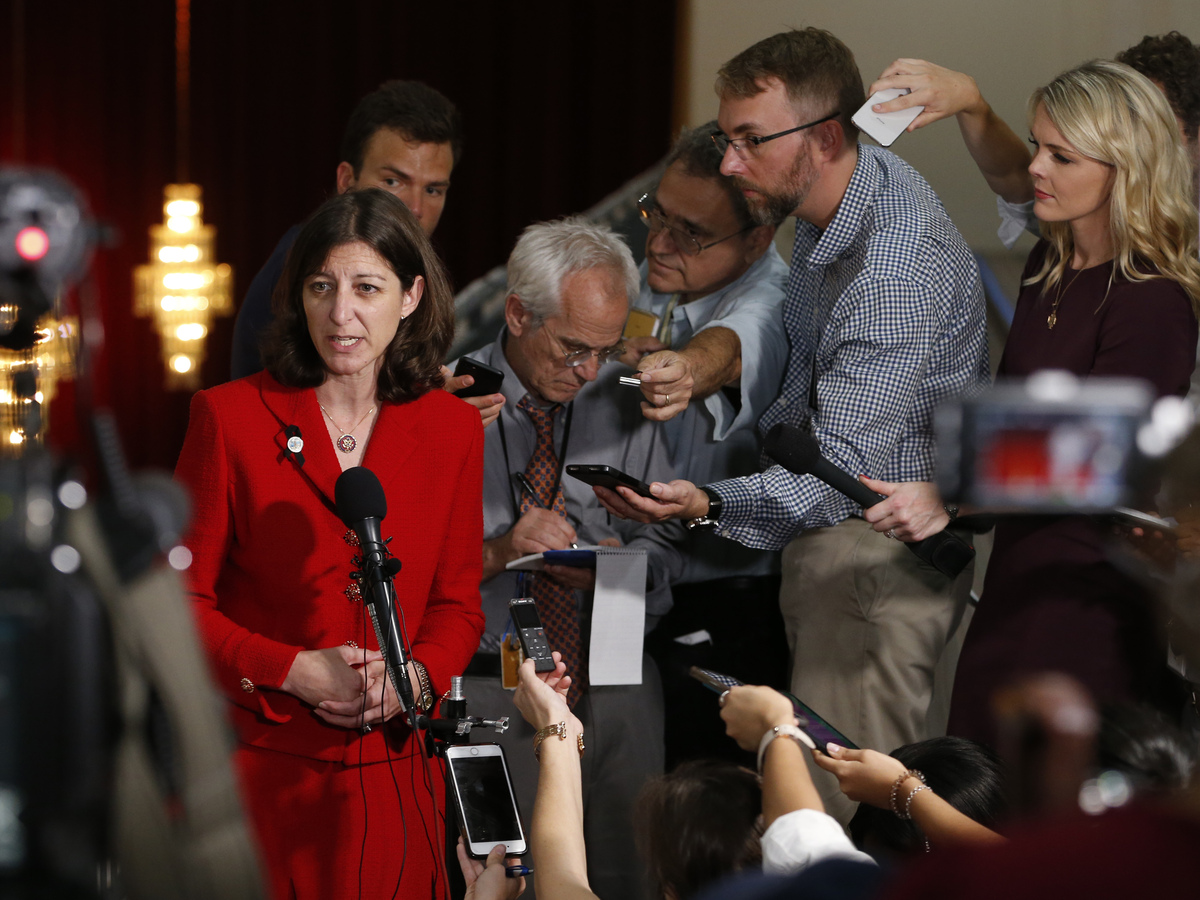 Rep. Elaine Luria answers reporters' questions prior to a town hall at a church in Virginia Beach, Va., in October.

The move expanded the Republican target on her back, as the GOP vies to take back the seat she flipped to Democrats last year.

Now, she has taken another risk, confirming she will vote yes to impeach President Trump next week.

"I have always said this was not a political decision," Luria said. "It was about what was wrong and what was right, and if I don't get re-elected in 2020 because of it, I'll know that I did right thing. I was on the right side of history, and I'll be able to look at myself in the mirror."

.@realDonaldTrump didn’t uphold his oath, but I intend to uphold mine.

Serving in Congress and 20 years in the Navy, I’ve sworn an oath to support and defend our Constitution seven times. It’s an obligation I take seriously. https://t.co/uIRq6RIJR1 pic.twitter.com/aqneKspW27

Luria and other moderates in the freshman class of the House of Representatives will find out in the coming year whether their vote on impeaching the president will cost them their seats in the 2020 elections.

Other moderates have already joined Luria in stepping forward to announce their plans to vote yes to impeach the president on charges of abuse of power and obstruction of Congress.

"It's very, very important for everyone to understand that nobody in this country, especially those of us in government and the president, are not above the law," Wild said moments before announcing her decision.

Other freshman moderates say they are taking additional time to deliberate, revisit the evidence from the House inquiry before releasing a decision on their vote.

"I'm still in the process of reading all the testimony," said Pennsylvania Rep. Chrissy Houlahan, "and I will make a decision over the weekend."

New York Rep. Anthony Brindisi was part of conversations earlier this week with a small group of Democratic members considering an alternative to impeachment in the form of censure of the president.

Now, he says he'll also weigh the impeachment decision in the coming days.

"It's huge," Brindisi said of the vote. "That's why I need this weekend to really sit down and kind of digest all the stuff that is before us with impeachment."

Rep. Mikie Sherrill of New Jersey says she's also reviewing impeachment arguments through the lens of her current and previous roles, including that as a veteran Navy helicopter pilot.

"I think what people expect from me is to use my experience as a veteran, as a federal prosecutor, even as a mother and someone who cares deeply about our Democracy, is to make decisions that I think will be in the best interest of our country and New Jersey and that's what I've tried to do," Sherrill said.

These representatives will be closely watched on the House floor on Wednesday, when the lower chamber is expected to take its historic vote. The moderates, despite all the pressure, are expected to join the Democrat-controlled House to approve the articles.

And they'll let the vote's impact and the rest of history play out — reelections or not — come next year.