Accessibility links
Interview: 'Strange Planet' Creator Nathan Pyle Nathan Pyle has amassed an Instagram following for his gently pastel-hued comics about aliens who narrate their everyday lives in a hilariously stilted manner. Now, the comics are out in book form. 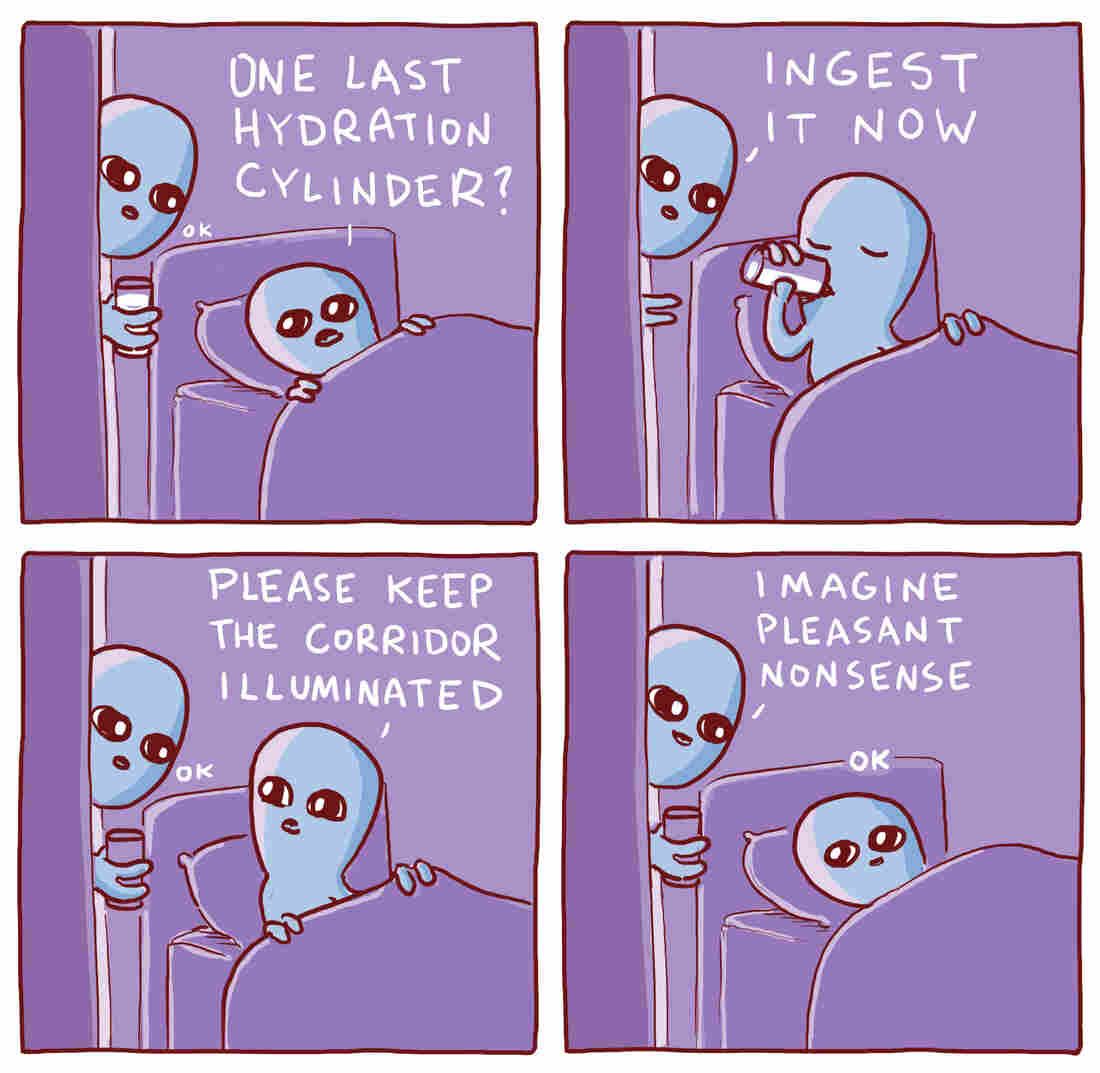 Nathan Pyle fills the pages of his new book Strange Planet with big eyed, bright blue aliens from a planet that shares a lot in common with Earth. These aliens sunbathe, sneeze and even wish each other sweet dreams like us, but they describe these practices with deadpan technical terminology like "sun damage" and "face fluid explosions." The lifegiver aliens even implore their offspring to "imagine pleasant nonsense" as they tuck them in for the night. 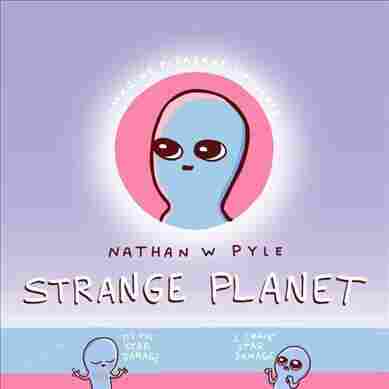 "One of the points of Strange Planet is that this is all (gestures in every direction) delightfully odd. It's wonderful how much complexity we [humans] have created," Pyle tells me in an email conversation — and yes, those parentheticals are his.

Pyle was inspired to create the series one day as he and his wife were preparing to have guests over — and they began hiding their possessions to make their small New York City apartment appear as clean as possible. "I realized this would make an excellent comic. I drew this one based on the experience, and the series was born," he says. He began posting the comics on social media in February, and in less than a year, the series has amassed over 4.7 million followers on Instagram. 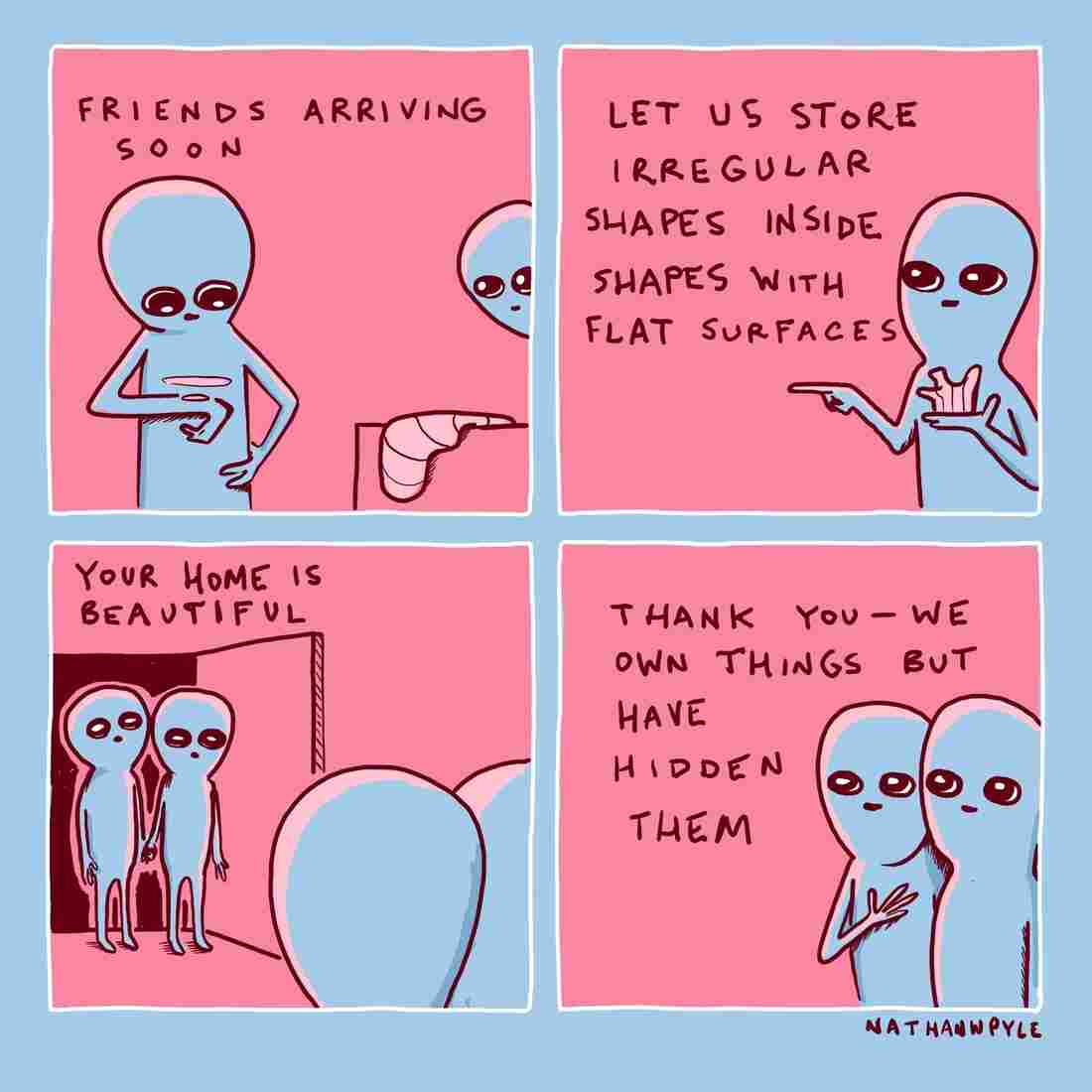 You started drawing Strange Planet less than a year ago — have you noticed any changes in design or sentiment over those months?

I want to communicate empathy and curiosity, so I enjoy exploring more situations that let the characters try new activities and actively listen to each other. 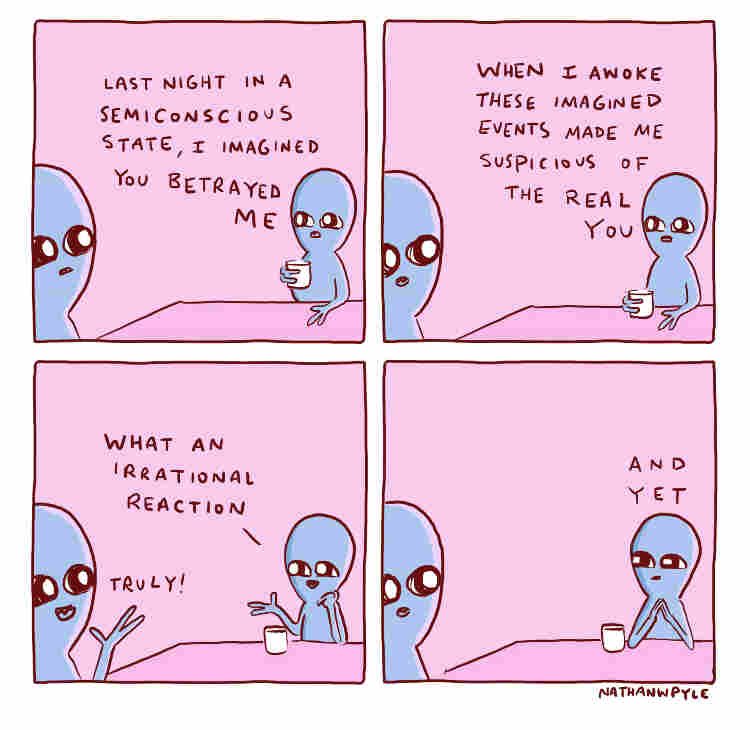 You address the excitement and joy of normal human rituals, but you also acknowledge and explore sadness — why?

I love to imagine a planet where they are about as technologically advanced as we are but they are more emotionally advanced. I think the best way to display that kind of world is to show the beings with a full range of emotion!

What do you want people to get out of reading Strange Planet? What do readers tell you about it?

I want to celebrate humanity! I think that so much of what we are doing here is meaningful and absurd simultaneously. We have created thousands of different ways just to amuse each other and ourselves and communicate that we care about our friends. 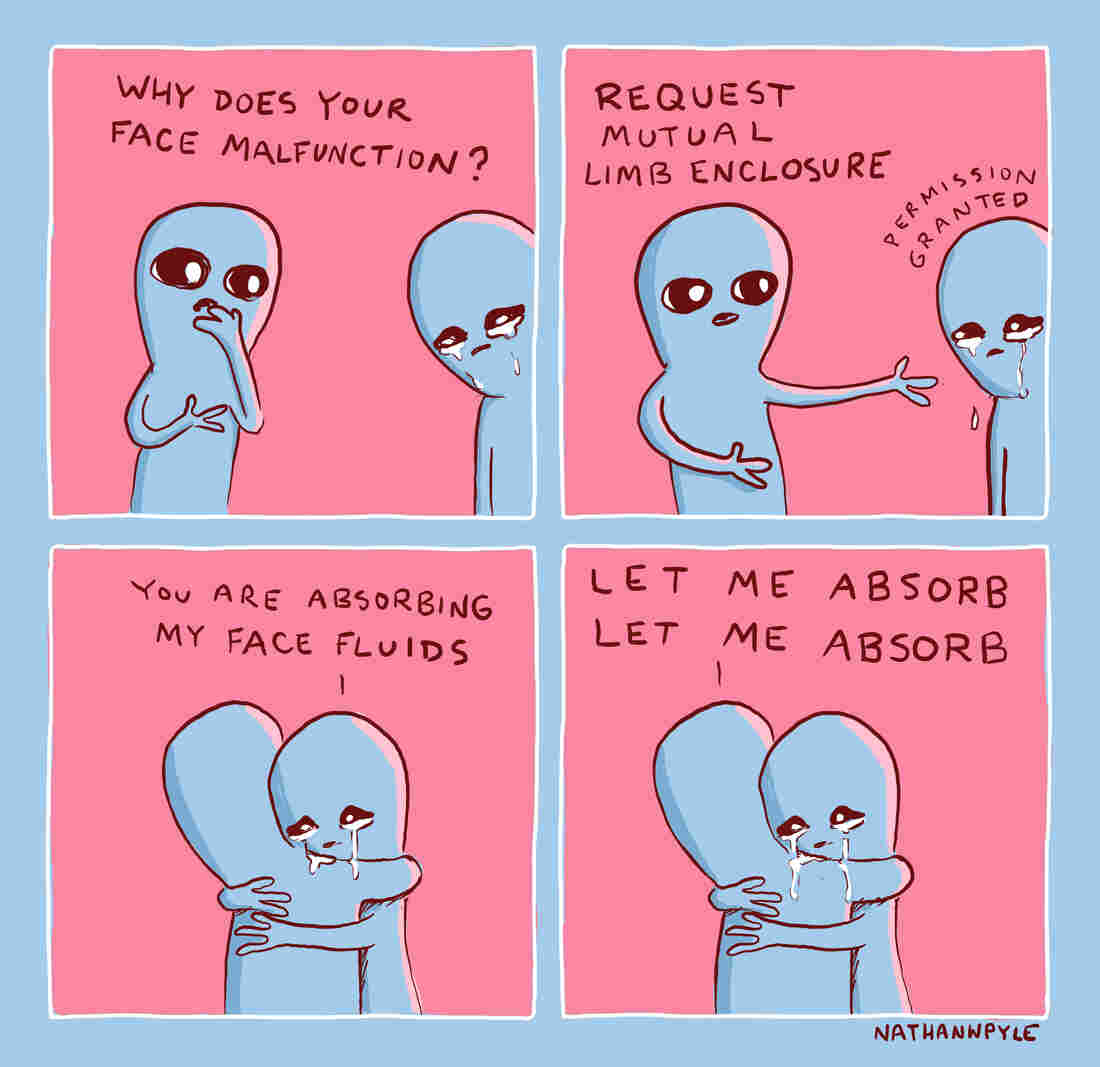 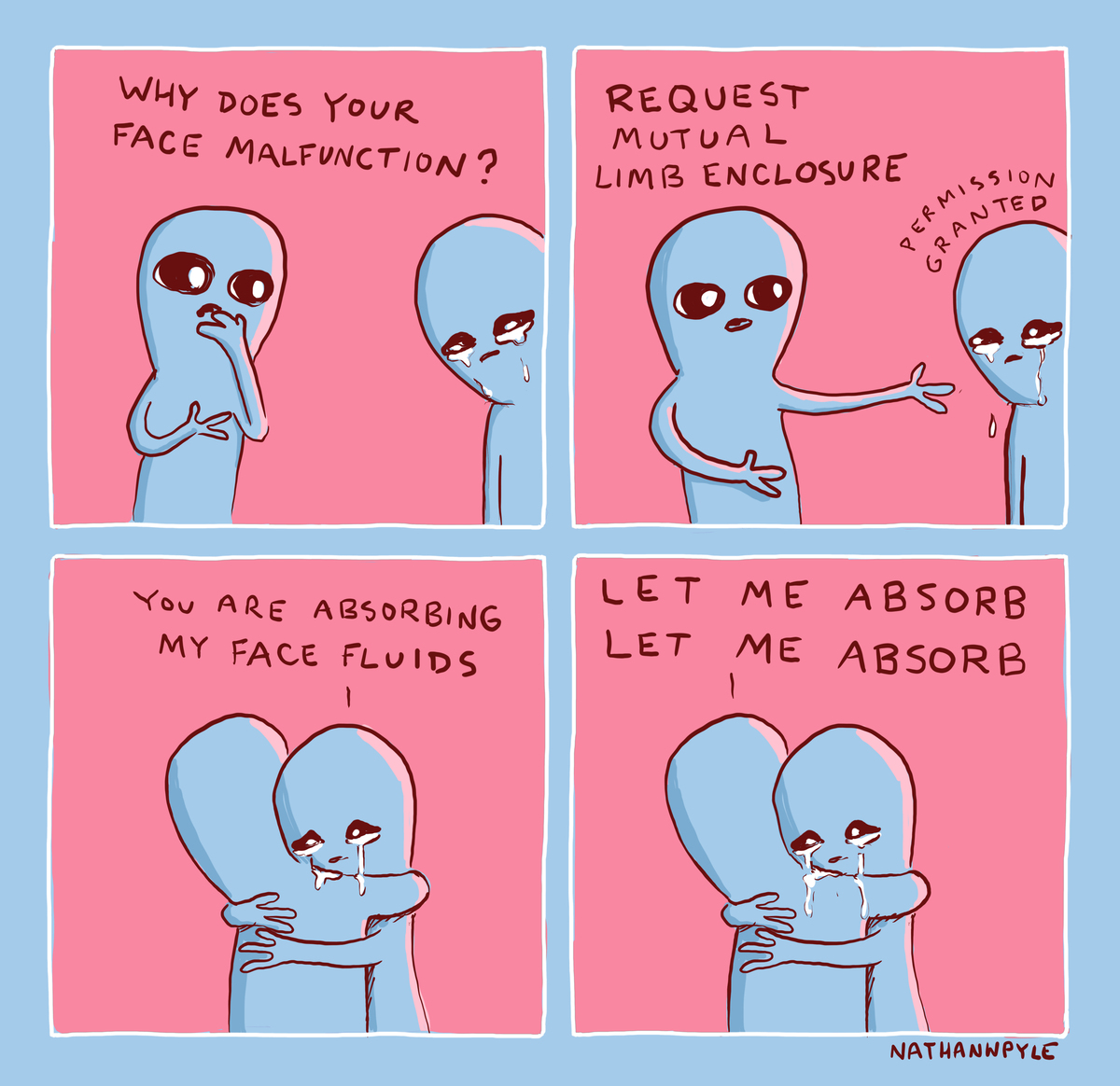 Liz Metzger is an intern on the NPR Arts Desk.