Accessibility links
In 'Bombshell,' Charlize Theron Portrays The 'Gray Area' Of Sexual Harassment Theron has direct experience with what she calls the "psychological damage" of sexual harassment. Her new film follows the women of Fox News who accused then-CEO Roger Ailes of inappropriate behavior. 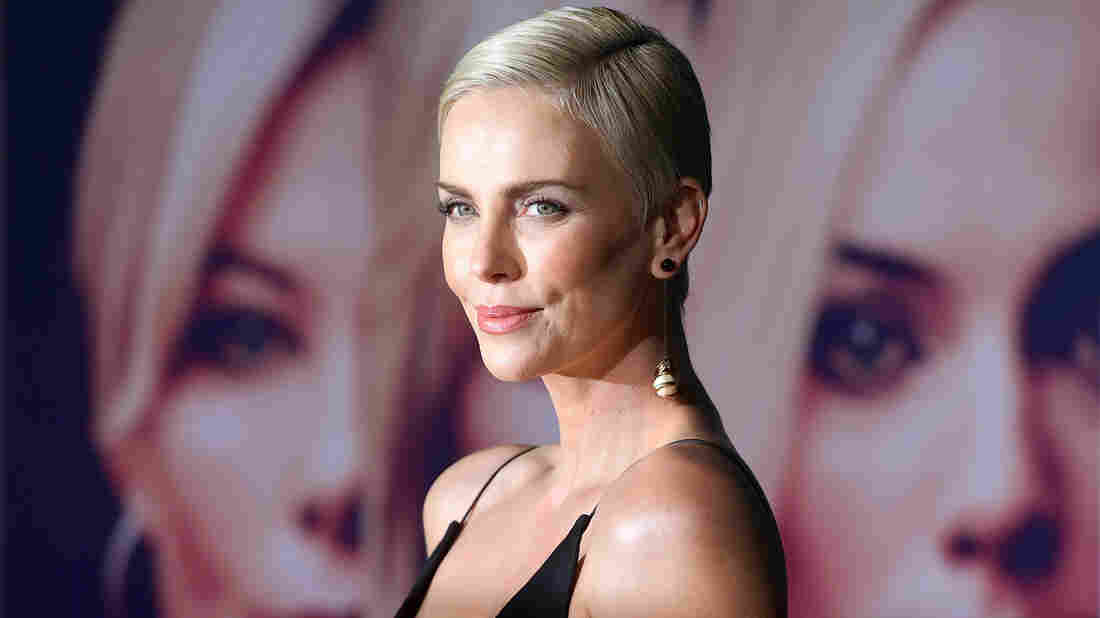 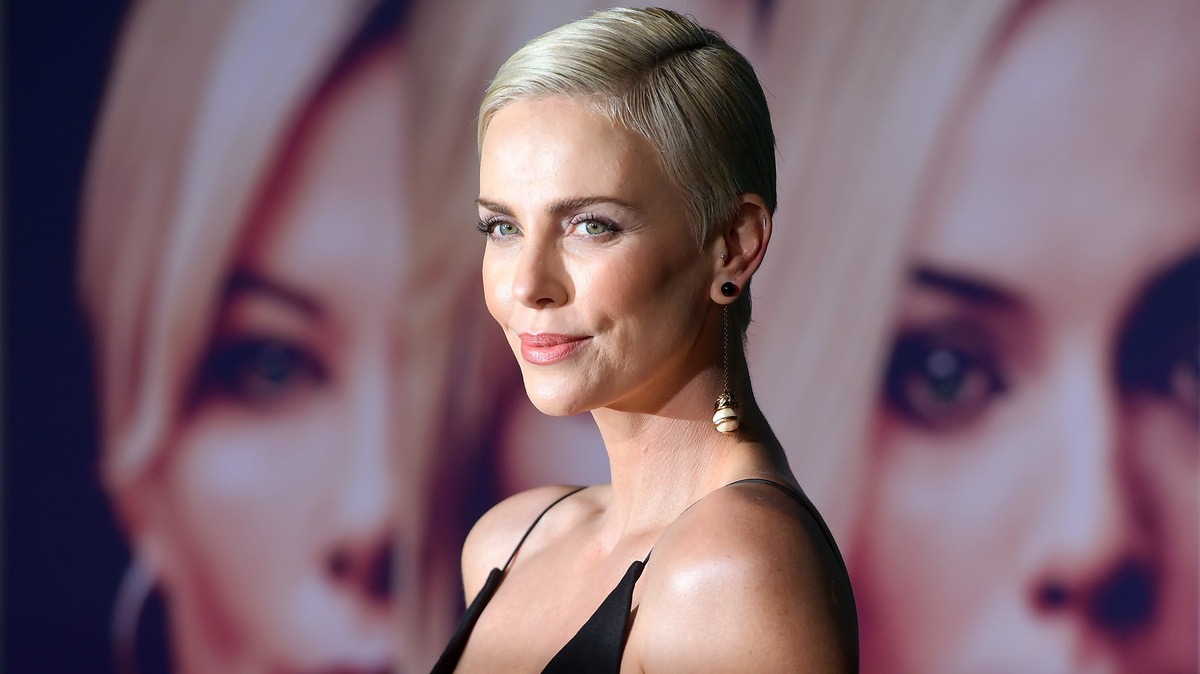 Charlize Theron attends a screening of Bombshell in early December. Theron, who also produced the film, says she wanted to portray the "nuance" of sexual harassment: "It's not black and white," she says.

In 1994, actor Charlize Theron was just starting out in show business when a famous director invited her to an audition at his home. When she showed up, she found the director drinking and in his pajamas. He touched her leg; she apologized and left in a hurry.

Driving away, Theron became angry — with herself: "I just kept hitting the steering wheel," she says. "I put a lot of blame on myself ... that I didn't say all the right things, and that I didn't tell him to take a hike, and that I didn't do all of those things that we so want to believe we'll do in those situations."

It wasn't until years later that Theron understood her experience as sexual harassment. It's a subject that she's taking on in her latest film, Bombshell, which follows the women of Fox News who came forward to accuse then-CEO and chairman Roger Ailes of sexual harassment. Theron is one of the film's producers and also plays former Fox News host Megyn Kelly, who wrote about Ailes' unwanted sexual advances in her 2016 book, Settle for More.

Theron says she felt conflicted about playing Kelly: "We have different points of view on a lot of issues," she says. "And she has definitely said things in the past that I took issue with."

Nevertheless, Theron embraced the opportunity to explore what she calls the "gray area" of sexual harassment: "It's not always physical assault. It's not always rape," she says. "There's a psychological damage that happens for women in the everyday casualness of language, touch or threat — threat of losing your job. Those are things I've definitely encountered." 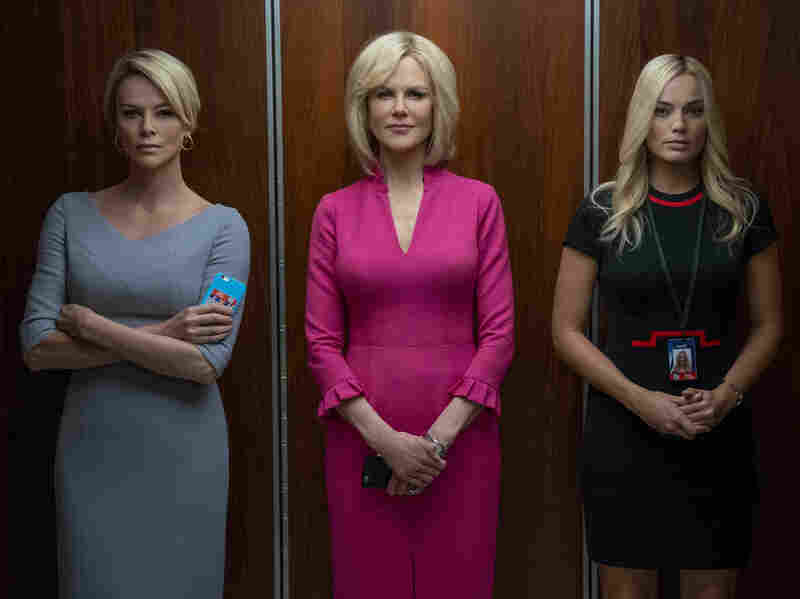 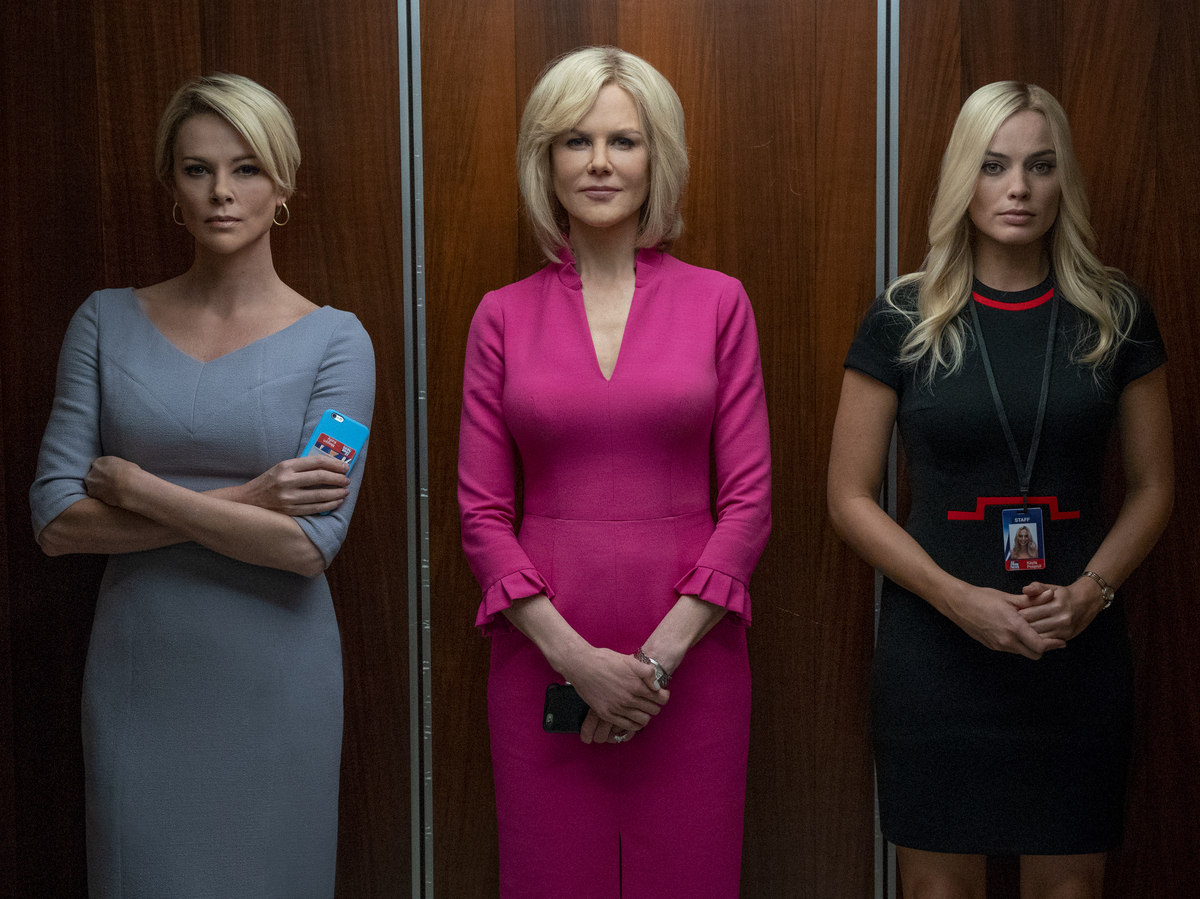 A lot of these women have been somewhat hypocritical when it comes to sexual harassment, and have made statements about sexual harassment that have not necessarily been about really bettering the workplace for women or just for women in general. ... We weren't trying to make them heroes. We weren't trying to whitewash all of the things that they have said in the past. We were going to pepper those things into the film so that we were authentic to them and the story and still feel like, through all of that, that what they did was still incredible. They took down this media mogul, and that has never happened before.

In sexual harassment, you're always waiting for that moment where there's full closure, where you feel like you've actually ... had your moment, where you get to say your piece. And that never really happens.

In sexual harassment, you're always waiting for that moment where there's full closure, where you feel like you've actually ... had your moment, where you get to say your piece. And that never really happens. I've heard this repeatedly in hearing other women's stories, and that is the unfortunate thing about sexual harassment. You never get that moment where you feel like the tables are reversed and now he's finally getting it.

The closest we've ever gotten to it is seeing people like Roger Ailes or Harvey Weinstein seeing some real consequences. I've never seen that in my entire career. This is really the first moment in my life where I see that maybe there can be real consequences for people with these actions.

I actually did disclose his name. You don't know that because every time I disclosed his name, the journalist made the decision to not write his name, and it goes to show just how deeply systemic this problem is.

I remember the first time somebody asked me if I ever had a casting couch experience, and I openly shared the experience and named him, and the person decided to not write his name. So the story is out, and strangely, when the Harvey Weinstein story broke, I, for the first time ever, Googled the story and the story came up everywhere. It popped up everywhere, and nowhere could you find this guy's name. And it was incredibly upsetting to me.

I'm conflicted in the sense that I know that, if I said his name again while I'm promoting this film, that it would take over the importance of this story and that would become the story. I think there will be a time and a place where I will definitely share this. ... I've always been honest about it. I don't have a desire to protect him, but I also don't want him to overshadow this film right now. So there will be a right time where I will talk about this again, and I will say his name, yes.

On our farm, all of the workers, everybody who worked in the company — and it was a pretty substantial company — all lived on the farm. So my whole childhood, I was raised with Xhosas and Zulus and South Sothos and all different cultures. Their children were raised with me on the property and I consider them my family. ... It was only until I was 12 or 13 that I went to an art school in Johannesburg where I really got to witness firsthand absolutely the atrocities of apartheid. ...

History was leaning very much into our white history. The heroes of our story, of our founding fathers, were all white. That was really the story that we were all told. ... This climate that we're in right now with our polarizing political views in this country, it was very similar in South Africa. I had friends whose father would be for apartheid and once they found out that black people lived on our farm wouldn't let me come over for a sleepover. ...

I always wonder what my life would have been like if I grew up in one of those families — if I was just an innocent child who was born into the family, like one of my friends, who believed that apartheid was the right way of life. I was just incredibly blessed that I was raised ... by a mother who was just aghast by all of this.

[It's] a lot to reconcile with when you realize that you benefited under an administration, a nation, a country, because you had the 'right' skin color.

I didn't really truly understand what any of this really did to me as a young child until I was in my mid-30s and I went to therapy for the first time, because of a relationship that was failing. And what I discovered while in therapy, trying to save my relationship, was that I had a lot of trauma from being a young child growing up in South Africa during the apartheid era. ...

[It's] a lot to reconcile with when you realize that you benefited under an administration, a nation, a country, because you had the "right" skin color. I benefited. My life was more comfortable because of the suffering of a lot of people who just by chance were born in the "wrong" skin color. That was a lot for me to carry; it still is. It's something that I'll carry for the rest of my life.

On her mother killing her father in self-defense

My father was a very sick man. My father was an alcoholic all my life. I only knew him one way, and that was as an alcoholic. ... It was a pretty hopeless situation. Our family was just kind of stuck in it. And the day-to-day unpredictability of living with an addict is the thing that you sit with and have kind of embedded in your body for the rest of your life, more than just this one event of what happened one night. I think our family was an incredibly unhealthy one. And all of it, I think, scarred us in a way. Of course, I wish what happened that night would have never happened. It's unfortunately what happens when you don't get to the root of these issues.

My father was so drunk that he shouldn't have been able to walk when he came into the house with a gun. My mom and I were in my bedroom leaning against the door, because he was trying to push through the door. So both of us were leaning against the door from the inside to have him not be able to push through. He took a step back and just shot through the door three times. None of those bullets ever hit us, which is just a miracle. But in self-defense, she ended the threat.

This family violence, this kind of violence that happens within the family, is something that I share with a lot of people. I'm not ashamed to talk about it, because I do think that the more we talk about these things, the more we realize we are not alone in any of it. I think, for me, it's just always been that this story really is about growing up with addicts and what that does to a person.

On her decision to adopt as a single parent

I cast a very wide net. I wanted to believe that somehow my child would find me in the way that we were just meant to be. So I wasn't specific with anything. ... In whatever country they would allow me as a single woman to adopt, that's where I filed. And it just happened to be that both my children ended up being American. They were born in the United States and they both happened to be African American. Everything that I hoped would happen during my adoption process did happen because these two babies were meant to be in my life — and they're my children. ...

It's definitely something that we still need to work on, this concept of what a family looks like and what constitutes the "right" family or a "strong" family or what we think that should look like. In a lot of places — and I think even for a lot of people and in America — it still feels very traditional in the sense that it should be that every child should have a mother and a father. We've kind of wrapped our heads slowly around the idea of two mothers and two fathers, but not so much around the idea of a single parent. It's just so unfortunate. I know so many people who would be incredible parents. My fight was a little bit easier because of my circumstances, but I would want that for all women who want to share their life and be part of raising another young, small child's life.

Heidi Saman and Joel Wolfram produced and edited this interview for broadcast. Bridget Bentz, Molly Seavy-Nesper and Patrick Jarenwattananon adapted it for the Web.