Accessibility links
Congress Allocates $425 Million Toward Election Security, But Questions Remain The bipartisan agreement was completed on Monday. Critics say the money is better than nothing but that more structure — and more consistency — are needed. 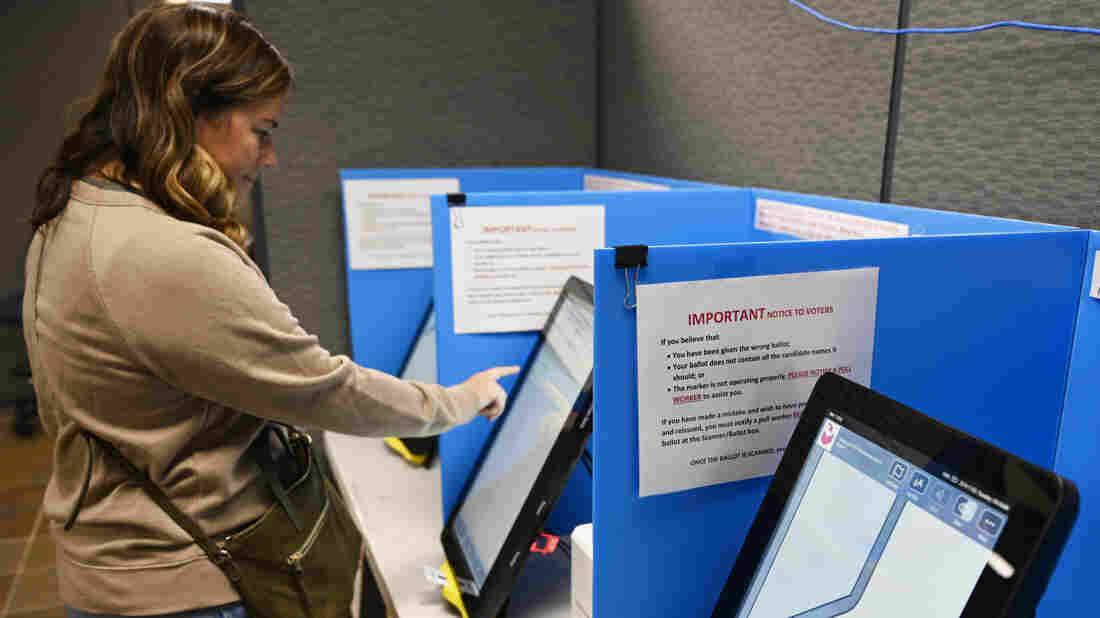 Courtney Parker votes on a new voting machine in Dallas, Ga., last November. Whereas Georgia voters statewide are expected to vote on new machines in 2020, millions of voters across the country are expected to use machines that are more than a decade old. Mike Stewart/AP hide caption 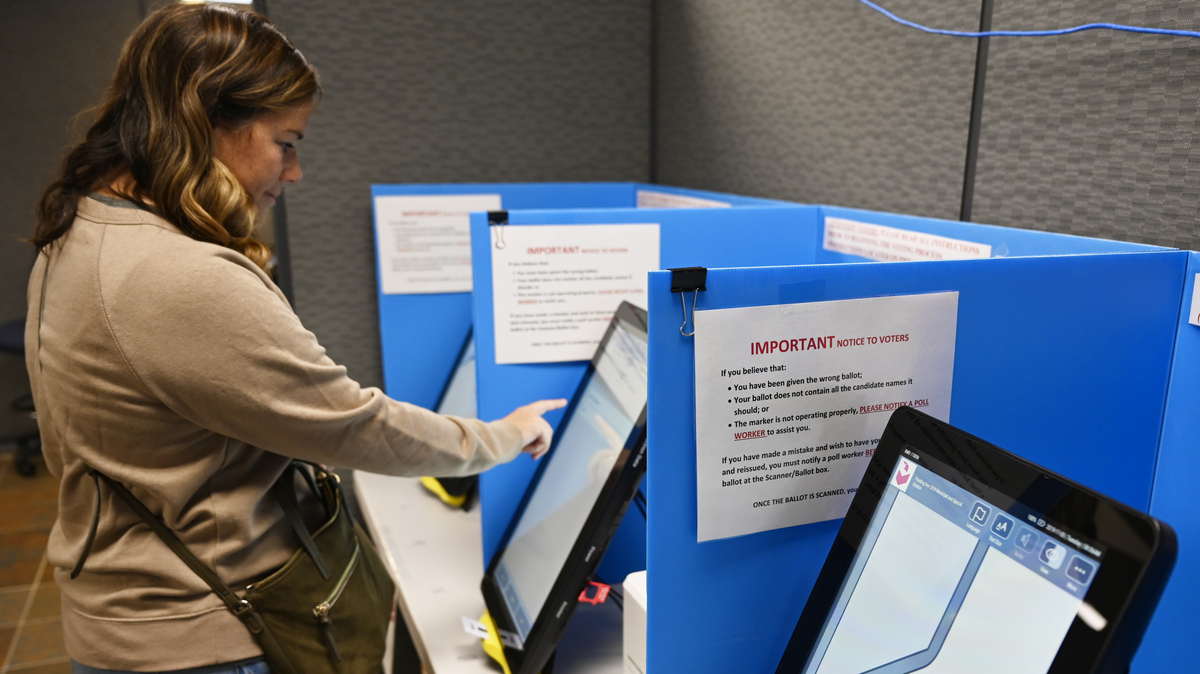 Courtney Parker votes on a new voting machine in Dallas, Ga., last November. Whereas Georgia voters statewide are expected to vote on new machines in 2020, millions of voters across the country are expected to use machines that are more than a decade old.

Congress has allocated about $425 million in new funding for election security ahead of the 2020 presidential election, a Democratic congressional source confirmed to NPR on Monday.

The funding is part of a spending package expected to be passed by the end of the week.

It also represents a compromise. Democrats in the House had originally hoped for $600 million. Senate Majority Leader Mitch McConnell, R-Ky., indicated earlier this year he would support $250 million.

The batch of funding unveiled on Monday was the second tranche to come from Congress since Russia's attack the 2016 election exposed just how vulnerable election systems across the U.S. might be to cyberattacks.

There's no evidence any votes were changed three years ago, but Russian attackers were able to hack into government networks in at least two states, found former Justice Department special counsel Robert Mueller.

How To Spot Misinformation

Congress also allocated $380 million toward election security improvements in the spring of 2018. The money, in both instances, is given via grants to the states, which become responsible for deciding how it is spent.

While election security advocates are sure to laud the government for providing more support for states, they are also already worried about how late the money is coming.

"A year late & a billion dollars short on #electionsecurity," tweeted Maurice Turner, a senior technologist with the Center for Democracy & Technology.

Even though the funding is being appropriated in 2019, that's probably too late to have much of an effect on the 2020 election.

By April of this year, a full 13 months after last year's funding was allocated, just 29 percent of the money had been spent according to congressional testimony by the Election Assistance Commission, the federal entity tasked with doling out the grants.

"The thing they want is consistency"

Elections officials and security officials have lamented the sporadic attention and funding from Washington.

Although Congress has agreed to support elections infrastructure around the nation, it does so in large, unpredictable chunks as opposed to predictable year-over-year appropriations — which many election officials would prefer.

One reason for that is partisanship: Many Republicans argue that because states bear the responsibility for running their own elections, that means paying their own way as well.

Many Democrats in Congress say they favor a more federal system that would include more regulation of security, protocols and equipment, as well as annual funding from the federal government.

Chris Krebs, the director of the Cybersecurity and Infrastructure Security Agency within DHS, said at the time of the McConnell compromise earlier this year that it was "a good start" — but he also said local and state officials need a regular flow of support, not occasional lump sums.

"The thing they want is consistency, something they can set their budget clocks to," said Krebs. "If the federal government is going to play in this space, we have to be dependable partners."