Accessibility links
Holiday Special! Feat. the Monkees' Micky Dolenz, McElroy Brothers and more! Get ready for a bonanza of holiday cheer! This week, we're listening back on the Bullseye holiday special from last year. Micky Dolenz of The Monkees talks about the band's album Christmas Party. The group recorded it with a cavalcade of hit-makers like Rivers Cuomo, Peter Buck of REM and more. And that's not all! We also get some advice from the McElroy Brothers (hosts of My Brother, My Brother and Me and The Adventure Zone) about holiday conundrum. Plus, soul singer Sy Smith — she tells us about the holiday song that changed her life.

Get ready for a bonanza of holiday cheer! This week, we'll revisit the Bullseye holiday special from last year. 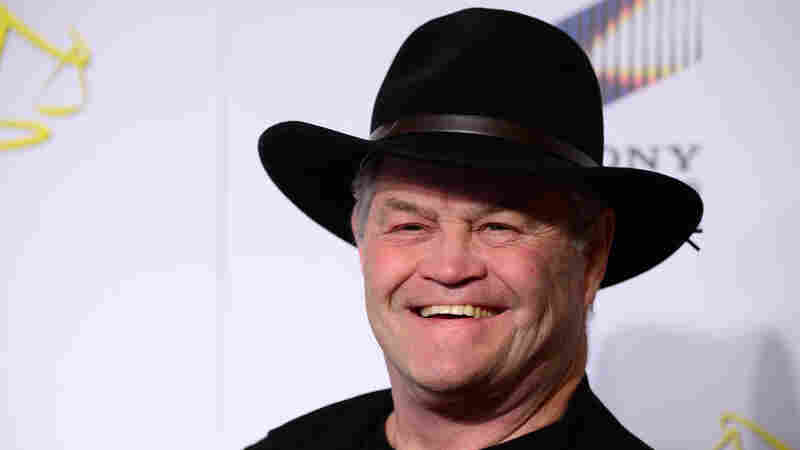 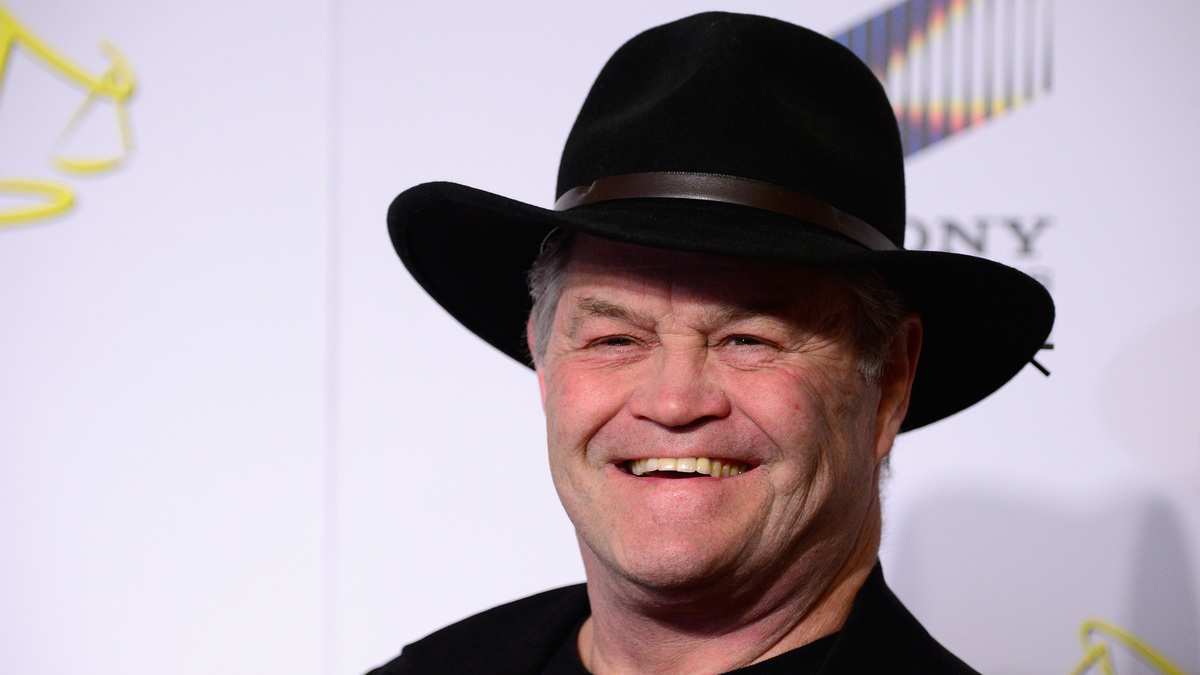 Micky Dolenz starred in the hit 1960's TV show The Monkees. It was essentially a Hollywood version of The Beatles' rock-n-roll comedy A Hard Day's Night. Micky played the drummer and one of the singers alongside Mike Nesmith, Peter Tork, and the late Davy Jones. The gang played four lovable goofs trying to make it as a band, bumming around Los Angeles, solving mysteries, and staying in haunted houses.

And, this probably isn't news to you, but: The Monkees weren't a band before the show started. They each auditioned for parts in the show, and most of them were mainly actors. Nevertheless, they had some legendary all-time hits like Last Train To Clarksville, Daydream Believer, and I'm a Believer.

The band outlasted the show itself and last year they recorded and released their 13th studio album Christmas Party. It's a holiday record chock full of standards, covers, and originals. It's also got contributions from Rivers Cuomo, Peter Buck and more.

Micky tells Jesse about a time when he was spotted in a mall by screaming fans, and what John Lennon really thought about The Monkees. 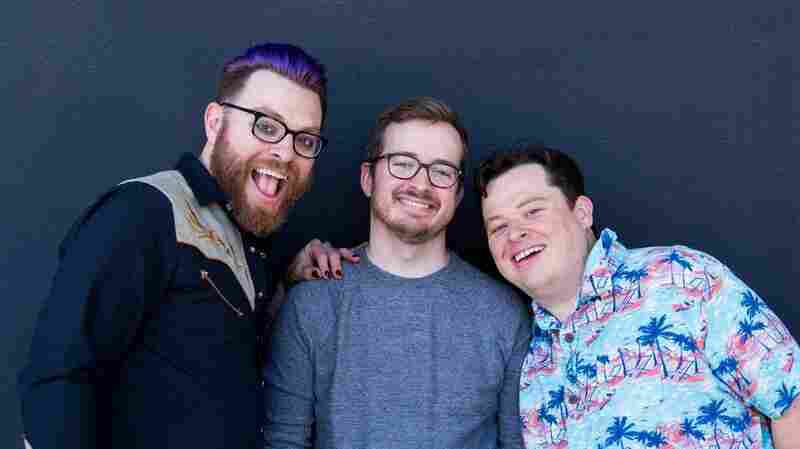 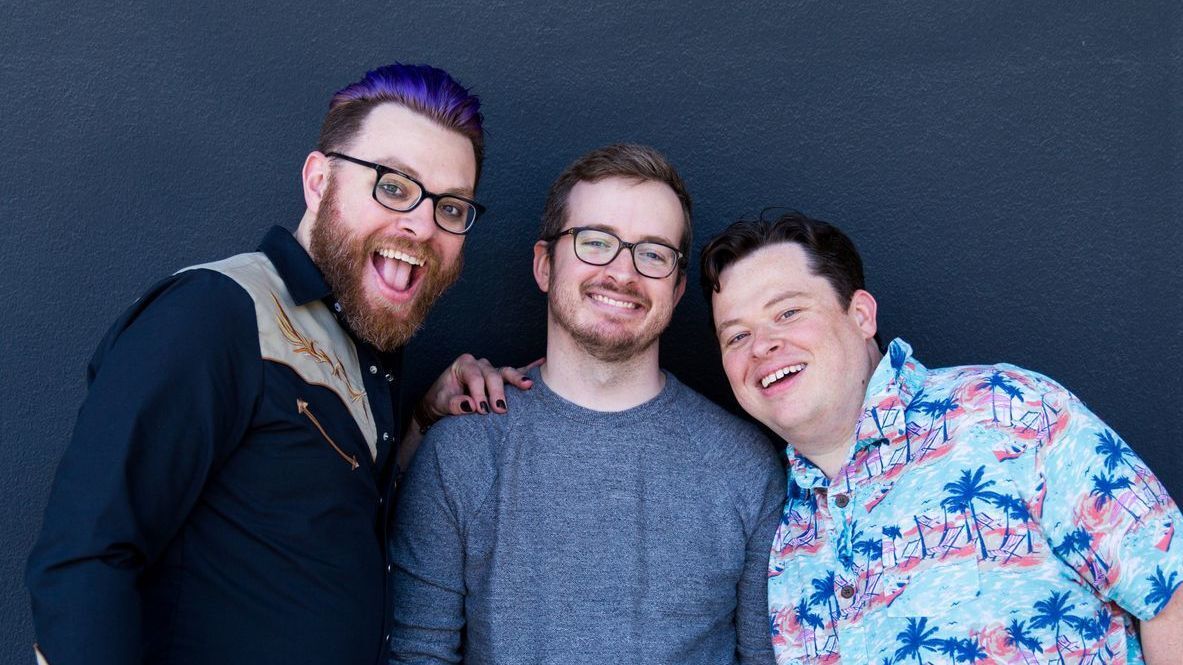 The McElroy Brothers (hosts of My Brother, My Brother and Me and The Adventure Zone)

Photo courtesy of The McElroy Brothers

Justin, Travis, and Griffin McElroy are the hosts of the Smash Hit podcast My Brother, My Brother and Me.

They talk to Jesse about ways to make white elephant gift exchanges more interesting and share their findings of long-lost verses from well-known Christmas carols. 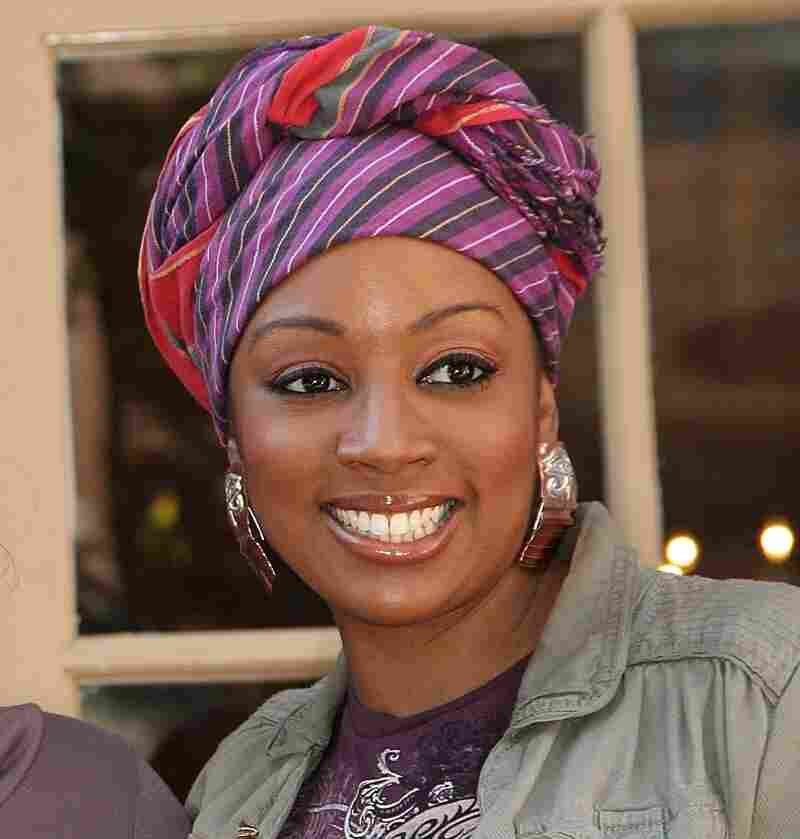 Song That Changed My Life: Sy Smith on My Favorite Things

Sy Smith is a brilliant singer, songwriter, and producer that lives here in Los Angeles. She's been recording soul records for over a decade now and has collaborated with folks like Kamasi Washington and Thundercat. She's also an incredibly talented backup singer for greats like Sheila E., Chaka Khan, Usher, and Whitney Houston.

Sy talks to us about two versions of her favorite holiday tune – My Favorite Things by Julie Andrews from The Sound of Music original soundtrack and it's interpretation by jazz legend John Coltrane.

Last year, she dropped a seasonal EP called Christmas in Syberspace and it's streaming now.

If you live in New York, don't miss a chance to see Sy performing with trumpeter Chris Botti. They'll be live every night at Blue Note. They'll be performing nightly starting December 23 through January 5.