Accessibility links
Barack Obama Says Women Could Solve Many Of World's Problems — Which Men Have Caused If more women were put in charge, former President Barack Obama says, "There would be less war, kids would be better taken care of and there would be a general improvement." 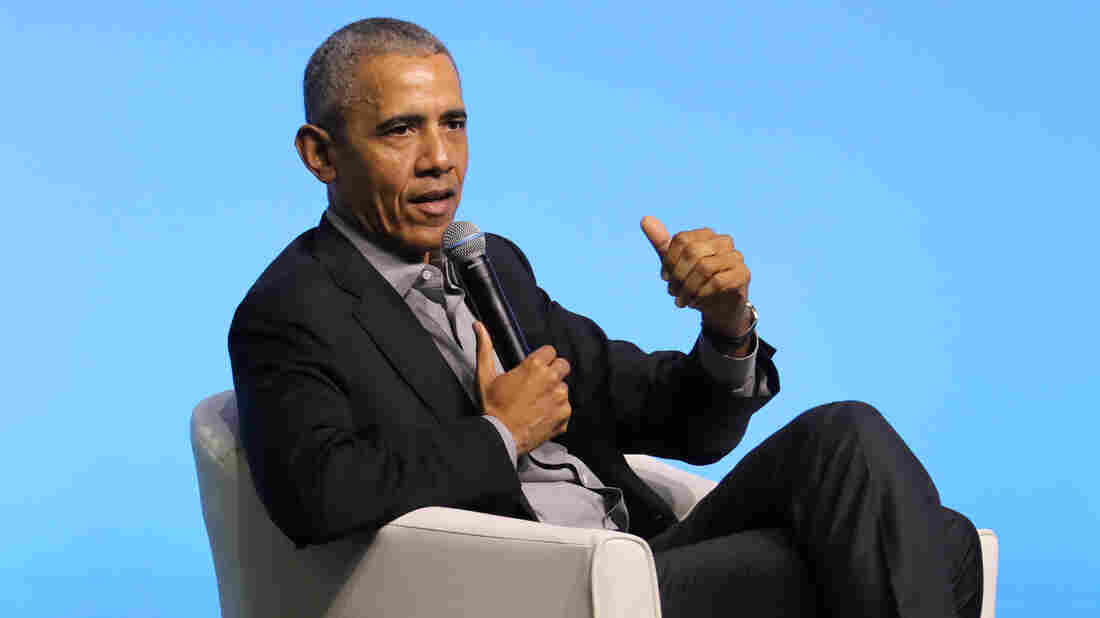 Former President Barack Obama says of men who stay too long in power, "They cling to power. They are insecure. They have outdated ideas." Lim Huey Teng/Reuters hide caption 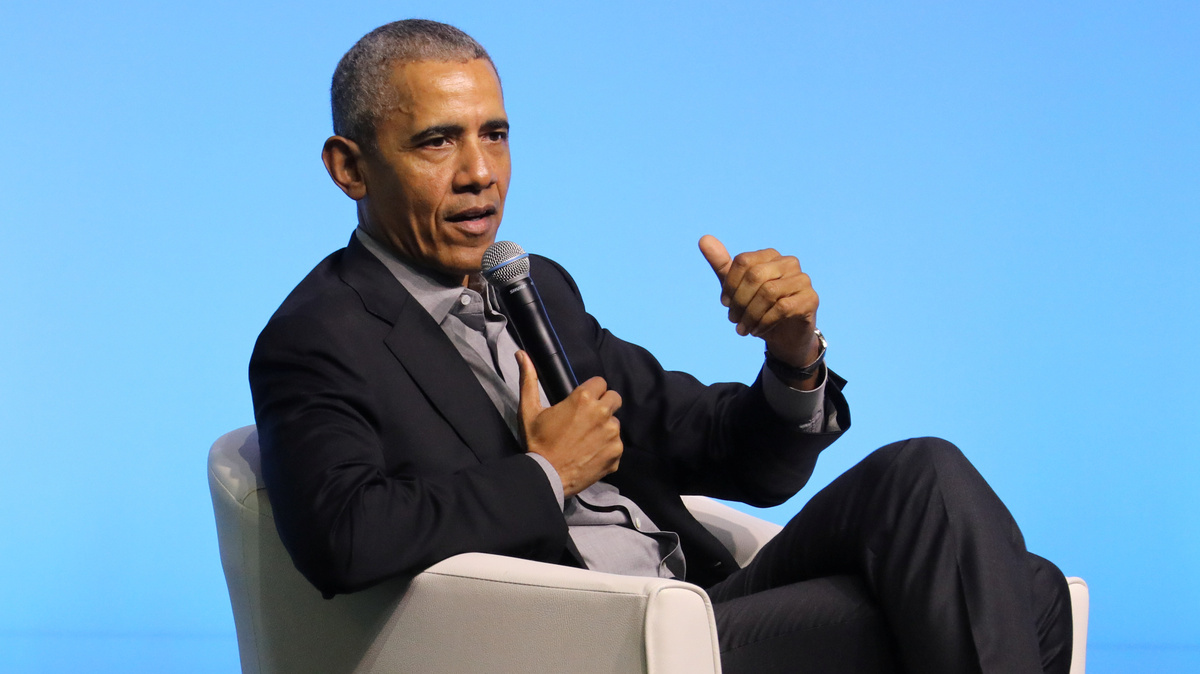 Former President Barack Obama says of men who stay too long in power, "They cling to power. They are insecure. They have outdated ideas."

The world would be a better place if more women were in charge, former President Barack Obama says. Speaking at an event on Monday, Obama also said that many of the world's problems stem from "old people, usually old men, not getting out of the way."

Obama made the remarks at a private event in Singapore, where several thousand people gathered to hear the former president discuss leadership and his life in the Oval Office. Ticket prices ranged from around $255 to $955 for the event, which was organized by Australian business events company The Growth Faculty.

The former president said that if women were put in charge of every country for the next two years, the result would be gains "on just about everything," according to Singapore's Today.

"There would be less war, kids would be better taken care of and there would be a general improvement in living standards and outcomes," Obama said.

The Singapore event isn't available online, but Obama's office confirmed the substance of Obama's remarks to NPR on Monday. And the event's moderator, Nicholas Fang of the Singapore Institute of International Affairs, says the Today report is accurate.

"If you look at the world and look at the problems, it's usually old people, usually old men, not getting out of the way," Obama said, according to a BBC report about the event.

"They cling to power, they are insecure, they have outdated ideas and the energy and fresh vision and new approaches are squashed," he added, Today reports.

"Now women, I just want you to know, you are not perfect, but what I can say pretty indisputably is that you're better than us [men]," Obama said, according to the BBC.

Many U.S. media outlets quickly seized on Obama's comments as a sign that he may be unenthusiastic about former Vice President Joe Biden's presidential run. But Obama has made similar comments in the past — including two years ago, when he discussed the importance of "putting women in power, because men seem to be having some problems these days."

In Singapore, Obama was similarly discussing the need for new leadership on a wide scale, singling out countries in the Middle East and elsewhere whose leaders have fought to remain in power despite being out of step. But he also said political leaders are only one part of the problem.

"Part of the challenge we have as humans is that when things get complicated and confusing we tend to want to block it out and look for simple answers," Obama was quoted as saying by the Straits Times. "So we are, oftentimes, getting a leadership that reflects our own insecurities and problems."

The Singapore event capped a string of visits to Asian countries by Barack and Michelle Obama in support of the Obama Foundation's efforts to foster leadership and activism.

In Kuala Lumpur, Malaysia, Obama shared the stage with his sister, Maya Soetoro-Ng, as they discussed leadership and growing up in Indonesia and Hawaii.

In that conversation, Obama zeroed in on a statistic that signals wide problems in many parts of today's world, where women and girls struggle to find opportunity.

"It turns out that one of the best indicators of whether a country is developed or not is how does it educate its girls and how does it treat its women," Obama said. "And typically, those countries that do a bad job on that are backwards and behind economically."

The effects of such policies can ripple through generations and contribute to poverty, Obama said: "If you have an educated mother, then those children are going to be educated."

An earlier version of this story mistakenly said Barack Obama was speaking over the weekend. He was actually speaking on Monday, Dec. 16.