Accessibility links
Boeing Will Suspend Production Of 737 Max Jetliners In January The company said it is waiting for federal regulators to certify fixes for software blamed for two catastrophic plane crashes that killed 346 people. 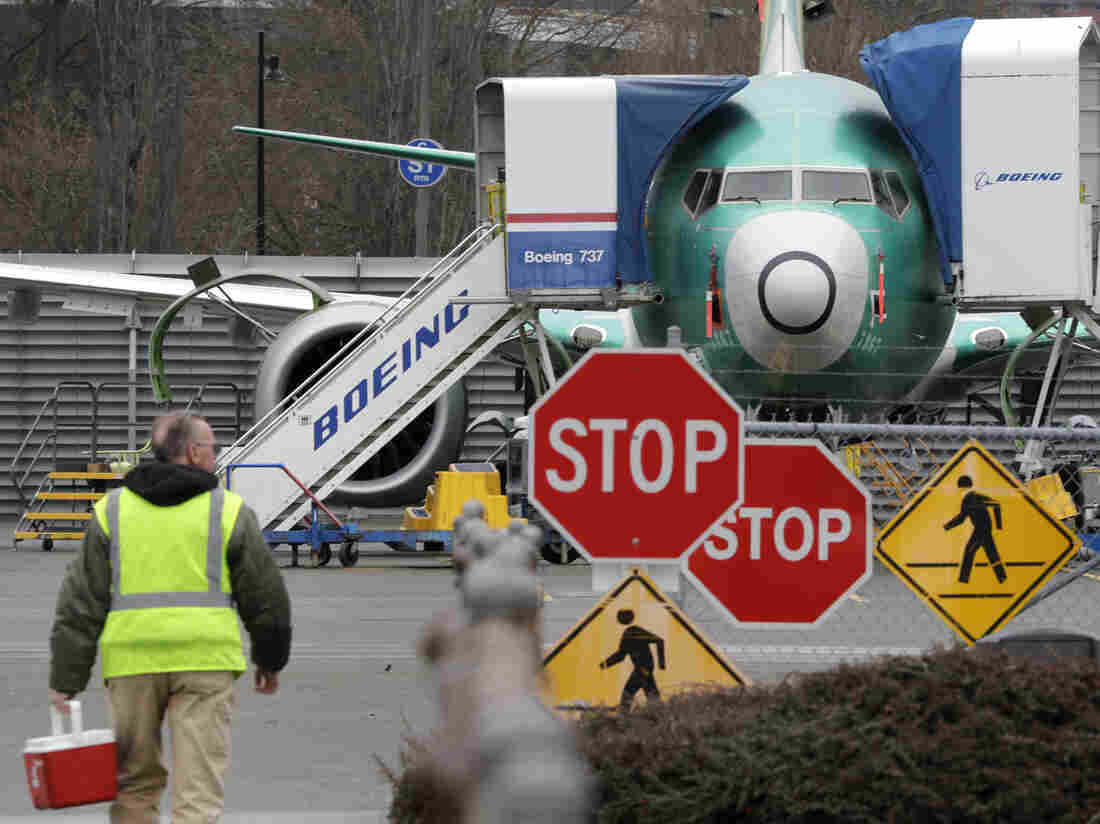 A Boeing worker walks near a 737 Max jet on Monday in Renton, Wash. Boeing said it will suspend production of the troubled jetliner in January. Elaine Thompson/AP hide caption 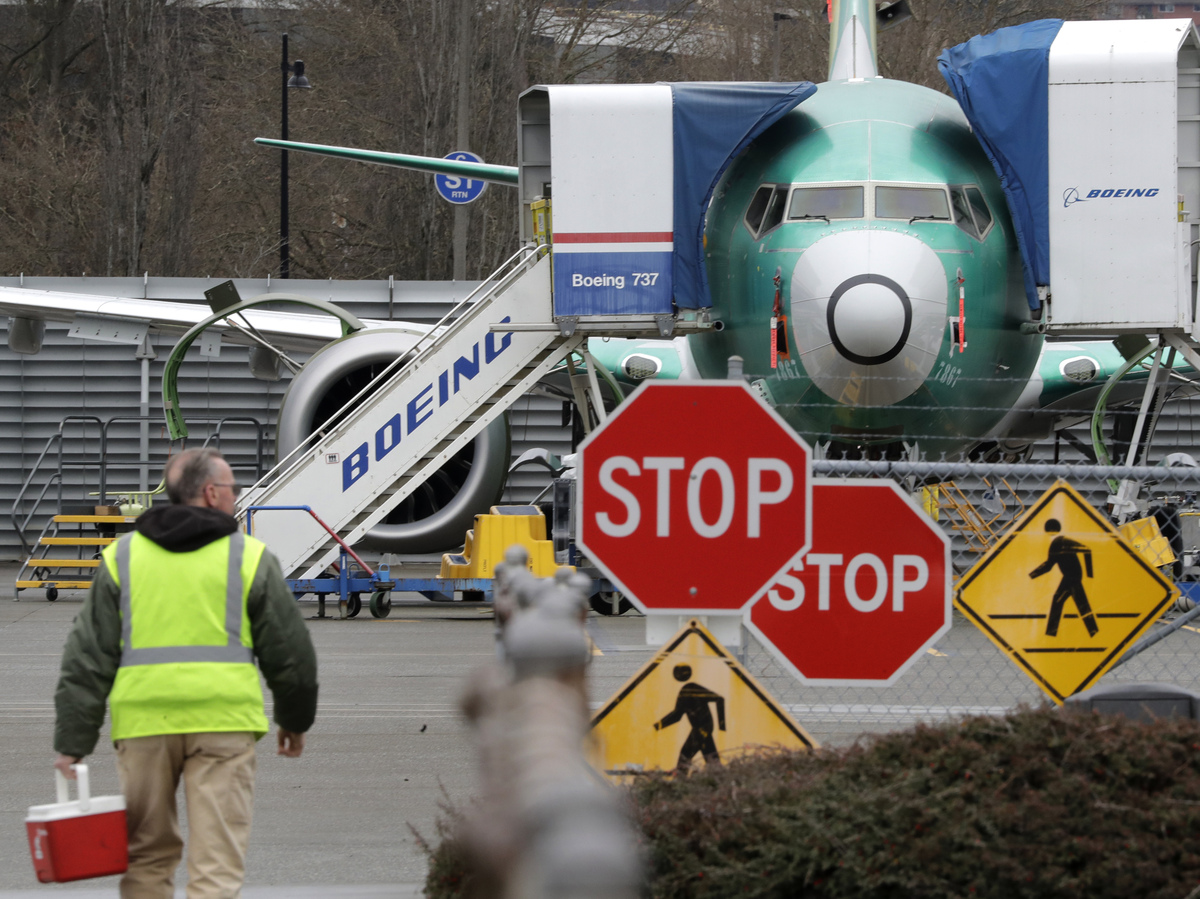 A Boeing worker walks near a 737 Max jet on Monday in Renton, Wash. Boeing said it will suspend production of the troubled jetliner in January.

Boeing Corp. will suspend production of its troubled 737 Max jetliner in January, but it does not plan to lay off or furlough the workers who build the plane, the company said in a statement Monday. The move likely will have significant ripple effects, not only for the airline industry but also for the U.S. economy overall.

The Boeing 737 Max jetliners have been grounded worldwide since March in the aftermath of two fatal crashes that killed a total of 346 people. A Lion Air jet crashed into the Java Sea in October 2018 and an Ethiopian Airlines plane crashed near Addis Ababa in March. The company has said the crashes were caused by software failures.

Since then, the company has continued to build about 400 new 737 Max airplanes that currently are in storage, it said.

"We have decided to prioritize the delivery of stored aircraft and temporarily suspend production on the 737 program beginning next month," Boeing said. "We believe this decision is least disruptive to maintaining long-term production system and supply chain health."

As for the production workers, "it is our plan that affected employees will continue 737-related work, or be temporarily assigned to other teams in Puget Sound," the company said.

Boeing is waiting for the Federal Aviation Administration to certify its software fixes. As NPR's David Schaper reports, FAA certification is not expected until February 2020 at the earliest. Boeing referred to the certification in its statement.

"This decision is driven by a number of factors, including the extension of certification into 2020, the uncertainty about the timing and conditions of return to service and global training approvals, and the importance of ensuring that we can prioritize the delivery of stored aircraft."

Boeing's announcement will have a direct impact on about 900 companies around the world that supply it, said industry analyst Richard Aboulafia of the Teal Group.

The engine manufacturer is CFM International, a joint venture of General Electric and Safran, SA.

Spirit AeroSystems makes the fuselage, pylons, wing leading edges and other parts. Close to 80 percent of its revenue is from sales to Boeing, but not all of that is related to the 737 Max.

The overall potential impact on the U.S. economy could be worth watching too, said Aboulafia.

"You know this is America's biggest exported manufactured product, the 737, so the effects on the economy would be definitely noticeable."