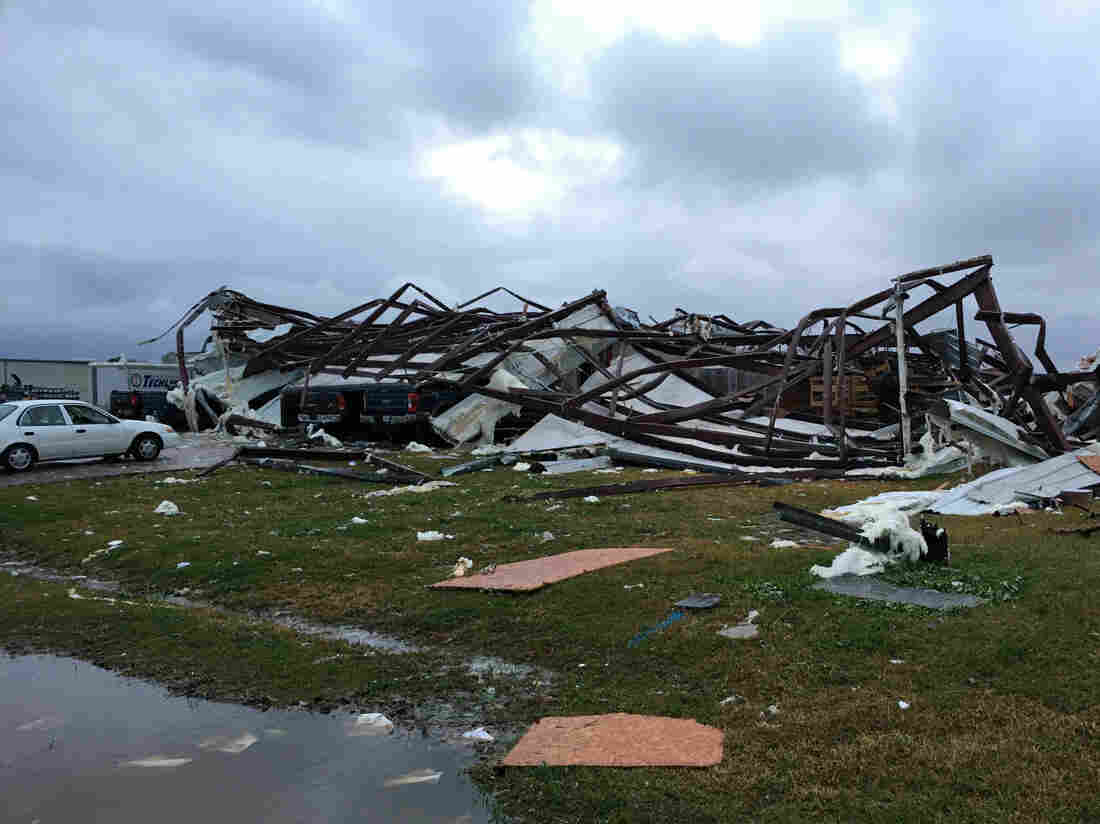 The remains of a tornado-damaged building in Alexandria, La., on Monday, after storms went through the Deep South and killed three people. Brad Kemp/AP hide caption 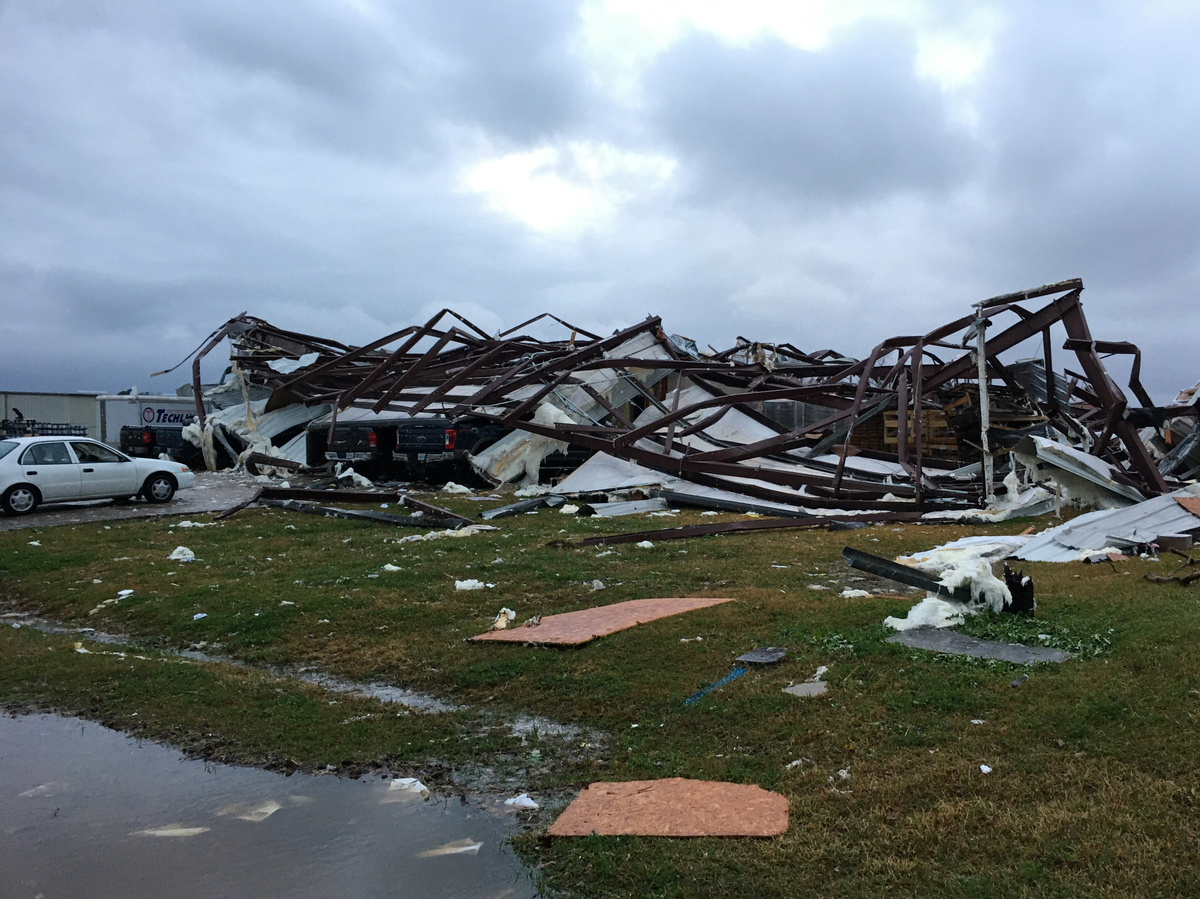 The remains of a tornado-damaged building in Alexandria, La., on Monday, after storms went through the Deep South and killed three people.

Three people were killed by apparent tornadoes, one in Louisiana and two in Alabama on Monday, local authorities reported. Severe thunderstorms and high winds are expected to pummel areas of the Deep South overnight, according to meteorologists.

There were few details on the extent of the damage in Vernon Parish in western Louisiana where downed power lines and trees blocked roads and impeded rescue crews, according to Deputy Chief Calvin Turner of the sheriff's department, who said a local church fellowship hall also was demolished and some homes were damaged.

Another tornado was reported in nearby Alexandria, La., which tore off the roof of a church school, but no deaths or injuries were reported.

Two people died, identified by local officials as a husband and wife, and several others, including a child, were injured in Town Creek in northern Alabama.

The National Weather Service warned that the region will experience severe weather into Tuesday.

"A line of strong to locally severe thunderstorms should progress east from northeast and central Mississippi across west-central and northern portions of Alabama into far southern Tennessee this evening, offering a risk for damaging winds and a couple tornadoes," the National Weather Service Storm Prediction Center reported late Monday. "An additional cluster of strong to severe storms over southwest Mississippi may eventually spread east towards southwest Alabama."