Accessibility links
Rick Gates, Key Witness In Mueller Investigation, Sentenced To 45 Days In Jail Donald Trump's former deputy campaign chairman, a protege of Paul Manafort, has provided important evidence to investigators and prosecutors in the Russia investigation and beyond. 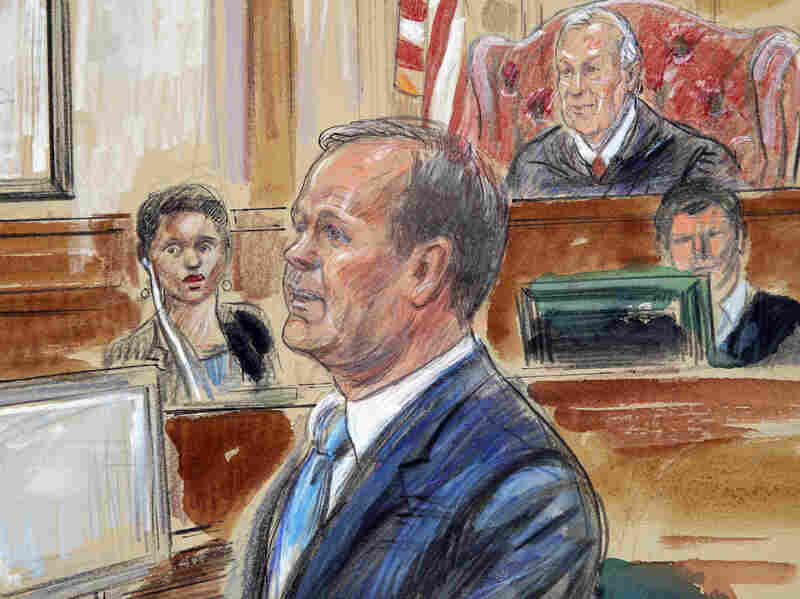 A courtroom sketch depicts Rick Gates testifying in the bank fraud and tax evasion trial of Paul Manafort on Aug. 7, 2018. Gates was Manafort's protege and a leader on the Trump presidential campaign. Dana Verkouteren/AP hide caption 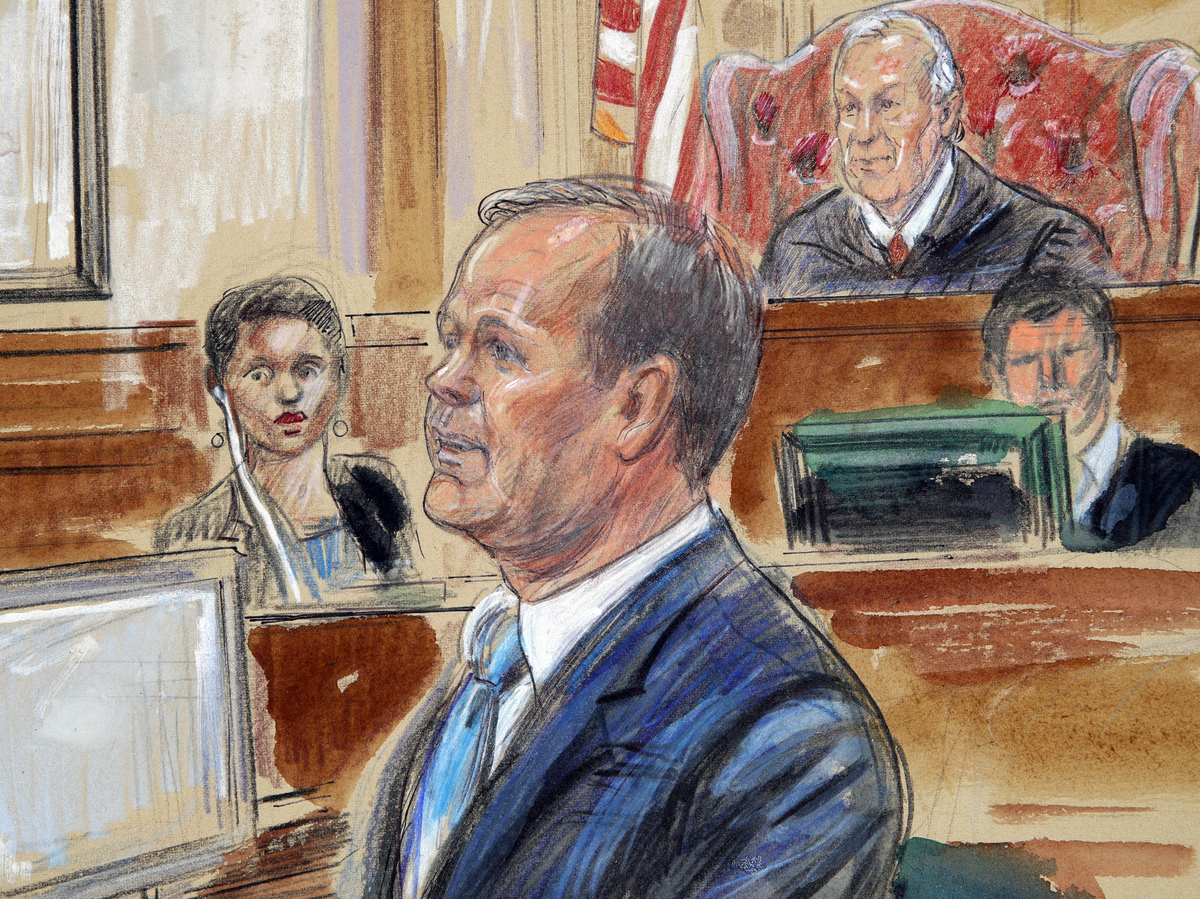 A courtroom sketch depicts Rick Gates testifying in the bank fraud and tax evasion trial of Paul Manafort on Aug. 7, 2018. Gates was Manafort's protege and a leader on the Trump presidential campaign.

Rick Gates, a former top Trump campaign official who pleaded guilty to a range of crimes before becoming a key witness in the Russia investigation, was sentenced to 45 days in jail and three years of probation on Tuesday.

Federal Judge Amy Berman Jackson said Gates can serve his time behind bars intermittently, such as on weekends, over his probation time. She also ordered him to pay a $20,000 fine.

"I believe he has, in a very real way, accepted responsibility for his actions," Jackson said. "I'm 100 percent certain that the criminal justice system is not going to see you again."

The sentence caps a tumultuous two-year legal saga for Gates.

He and his ex-business partner, onetime Trump campaign chairman Paul Manafort, were among the first individuals charged as part of special counsel Robert Mueller's Russia investigation.

They were indicted in Washington in October 2017 for conspiracy, money laundering and other alleged crimes. Prosecutors brought more charges against them four months later in a separate but related case in Virginia.

The day after the second slate of charges was unsealed, Gates, who had served as the Trump campaign's deputy chairman, pleaded guilty to conspiracy and making false statements and agreed to cooperate with the government.

Prosecutors say that since signing his plea deal, Gates has provided "extraordinary assistance" to the government.

Gates, Gaston said, is someone who "decided to do the right thing," and he "wholeheartedly" held up his end of the bargain. She said the government did not oppose Gates' request for no prison time — just probation.

Gates also spoke on his own behalf Tuesday. In a very brief statement, he said he accepts "complete responsibility for my actions."

"I greatly regret the mistakes I made," he said before asking for leniency. "I hope and pray you'll grant that to me."

After taking a short recess to reflect on all that had been said, Jackson returned to deliver her sentence.

She said she struggled with how to balance his numerous crimes with his substantial cooperation with the government.

"Gates' information alone warranted, indeed demanded, further investigation from the standpoint of our national security, the integrity of our elections and the enforcement of our criminal laws," she said.

But at the same time, she said, she couldn't overlook his admissions of wrongdoing in connection with his admitted wrongdoing — years of fraud, tax evasion and lies - -much of it at the behest of Manafort.

But Jackson said she was satisfied Gates has "in very real ways accepted responsibility for his actions" and that he would no longer violate the law.

Gates' most prominent turn as government witness came in Manafort's bank and tax fraud trial in Virginia, where Gates testified that he committed crimes at Manafort's direction.

Manafort, the longtime political operator who served as Trump's campaign chairman, had been a mentor to Gates.

Manafort was found guilty on eight of the 18 charges in that case. He later pleaded guilty in the separate case in Washington. Manafort was ultimately sentenced to nearly 7 1/2 years in prison.

He also provided testimony in two other trials that were born out of the Mueller probe — one against the former business partner of President Trump's first national security adviser, Michael Flynn; the other against former Obama White House counsel Greg Craig.

"In short, under exceedingly difficult circumstances and under intense public scrutiny, Gates has worked earnestly to provide the government with everything it has asked of him and has fulfilled all obligations under his plea agreement," the government said in its sentencing memo.