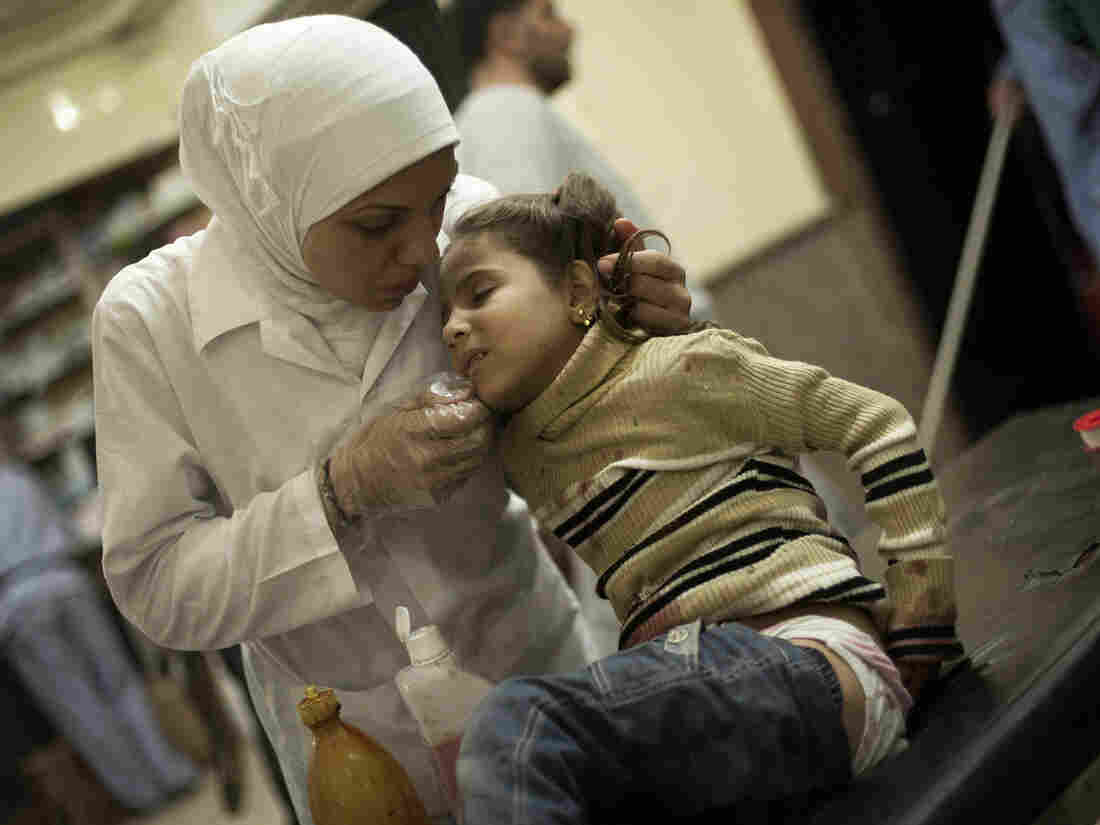 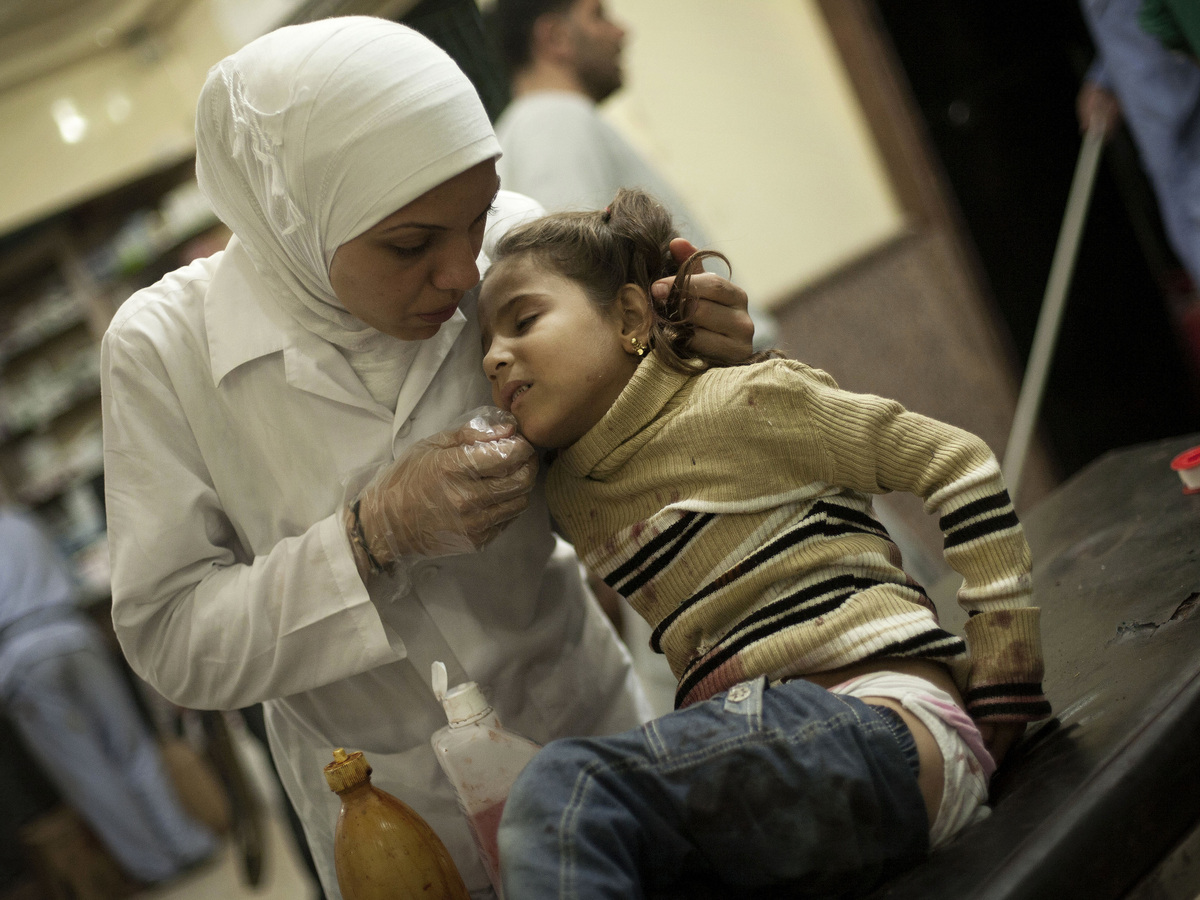 In a photo from October 2012, a nurse treats a girl wounded by Syrian Army artillery shelling at Dar El Shifa hospital in Aleppo, Syria.

In a bipartisan vote, Senate lawmakers on Tuesday approved a $738 billion Pentagon budget, which includes an authorization for punishing new sanctions on Syria, Iran and Russia for alleged war crimes in Syria.

The 86-6 vote in the GOP-dominated Senate followed a similar bipartisan vote in the Democratic-controlled House last week. President Trump was expected to quickly sign the measure.

The spending bill includes legislation authorizing sanctions within six months on Syria government officials, military and civilian leaders, and anyone else deemed responsible for mass atrocities in eight years of war. Known as the Caesar Syrian Civilian Protection Act of 2019, the authorization was added to the "must pass" defense spending bill.

The sanctions are remarkably extensive and could target the Syrian military and Russian- and Iranian-contracted mercenary groups. International energy companies seeking to redevelop Syria's oil sector could be a target as well as any company that provides parts for aircraft, including helicopters. Even entities that loan money to the regime could be sanctioned.

Muna Jondy, a Syrian-American immigration lawyer and advocate for Americans for a Free Syria, says the sanctions are tied to accountability for war crimes against civilians.

"Fifty hospitals have been bombed since April 2019," said Jondy, who hopes new sanctions will curb Russian airstrikes that have have hit civilian targets, most recently in Idlib province in northwest Syria. She points out that the legislation will also target Syrian regime allies Iran and Russia.

"There will be financial consequences," she says.

The sanctions are also likely to halt the regime of Syrian President Bashar al-Assad in its efforts to find international donors for reconstruction, she says.

The Caesar Bill is named after a Syrian police defector code-named "Caesar" who smuggled more than 50,000 photographs of torture victims out of Syria. He documented deaths in Syrian prisons from 2011 until he defected in 2013.

A year later he testified before Congress. His photographs of bruised and emaciated victims have also been displayed at United Nations headquarters and United States Holocaust Memorial Museum in Washington.

The act was proposed soon after "Caesar" testified in front of Congress, but despite bipartisan support, the bill stalled until it finally became part of the 2019 Defense Bill.

"We're not the only ones who thought of this. We began focusing early in 2019," said Jundy, adding that Senate Majority Leader Mitch McConnell signaled broad support in a Washington Post op-ed in October.

Arkansas Republican Rep. French Hill, one of the original co-sponsors of the bill, said last week that he was pleased to cast a vote that finally got the bill over the finish line.

"We've never had something this strongly passed into law by the Congress," he said and added, "there's no doubt that can have an impact." Hill met with "Caesar" earlier this year as the police defector lobbied U.S. representatives.

Syrian groups in the U.S. played a crucial role in pushing the legislation forward. Mouaz Moustafa, the executive director of the non-governmental group, The Syrian Emergency Task Force, was instrumental in arranging testimony from "Caesar" and organized his appearance on Capitol Hill. After the final vote, he said the bill is "a step in the direction of accountability."

As Gulf countries, China and Europe consider funding Syrian reconstruction before there is an accounting of war crimes, Moustafa said the Caesar Act, "Tightens the noose around war criminals and their revenue sources. So, Assad cannot be reintegrated as some sort of normal part of the international community."

He applauds tough measures embedded in the legislation that impedes the regime's rebuilding effort until the slaughter stops. "I think that it sends of huge message to regional countries that might consider investing in Assad's government. I think that is all over now. And that is a very important step."