Accessibility links
Pelosi Says She Plans To Send Articles Of Impeachment To Senate The House speaker said she was ready for a Senate trial, but added that the articles against President Trump would be transmitted only once she has more information about the contours of a trial.

Pelosi Says She Plans To Send Articles Of Impeachment To Senate

Pelosi Says She Plans To Send Articles Of Impeachment To Senate 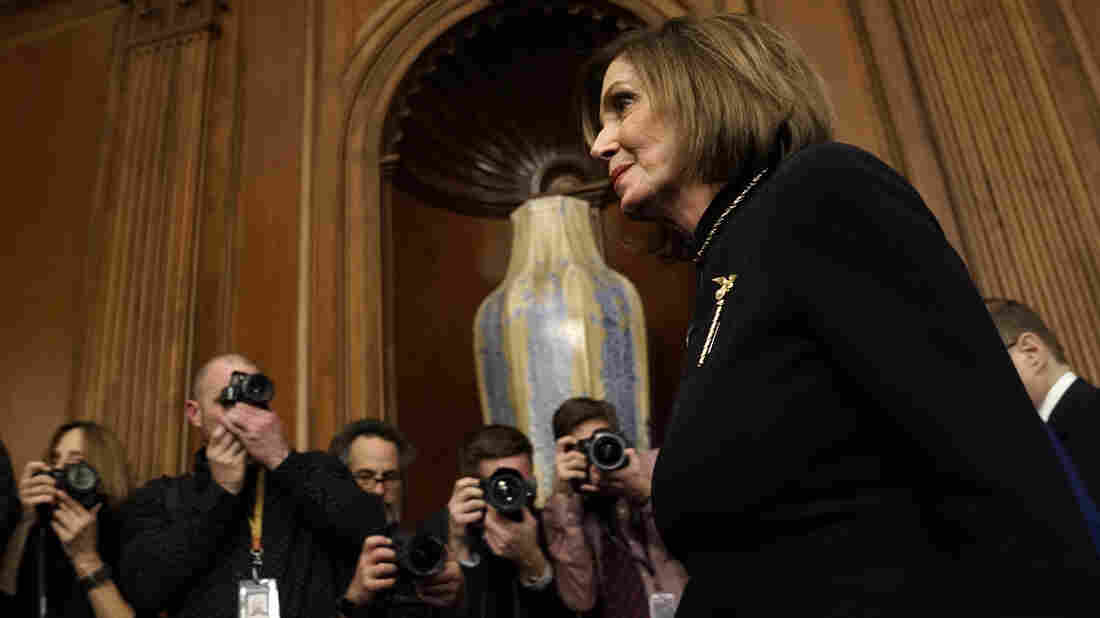 House Speaker Nancy Pelosi, seen departing a press conference following the House vote Wednesday, said she was ready to send the articles of impeachment once she has more information about the contours of a Senate trial. Win McNamee/Getty Images hide caption 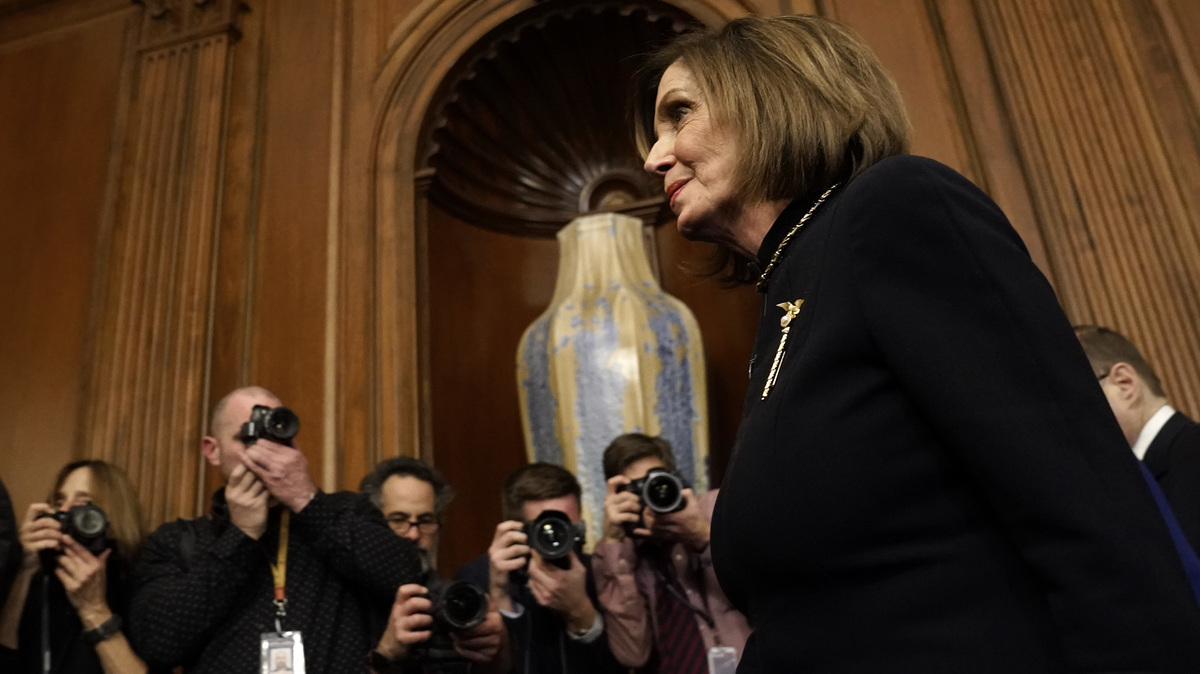 House Speaker Nancy Pelosi, seen departing a press conference following the House vote Wednesday, said she was ready to send the articles of impeachment once she has more information about the contours of a Senate trial.

House Speaker Nancy Pelosi, D-Calif., said she plans to send the articles of impeachment to the Senate once she has more information about the contours of a Senate trial.

"We would like to see a fair process and we will be ready for whatever it is," Pelosi said Thursday, making it clear it was a matter of time.

The House of Representatives voted late Wednesday to impeach President Trump on charges that he abused power and obstructed Congress. The next formal step in the process is the transmission of the articles to the Senate, which then conducts a trial in which the 100 U.S. senators serve as impartial jurors. Before a Senate trial begins, however, the Republican and Democratic senators must agree on rules for such a process — hardly a foregone conclusion.

After Trump was impeached Wednesday, Pelosi told reporters she is waiting to determine who the impeachment managers will be — the prosecution team for the House Democrats' case in the Senate trial — until she sees what the parameters are for the Senate trial.

During her comments Thursday, Pelosi also criticized Senate Majority Leader Mitch McConnell, R-Ky., who had earlier in the day delivered a blistering critique of the impeachment and Pelosi's role in it. She said the founders suspected there could be a rogue president when they drafted the Constitution, but "I don't think they expected that we could have a rogue president and a rogue leader in the Senate at the same time."

McConnell, in his remarks Thursday, criticized the manner in which the House impeached Trump.

"There's only one outcome that is suited to the paucity of evidence, the failed inquiry, the slapdash case; only one outcome suited to the fact that the accusations themselves are constitutionally incoherent. ... Only one outcome will preserve core precedents rather than smash them into bits ... because one party still cannot accept the American people's choice in 2016," he said.

McConnell and Senate Minority Leader Chuck Schumer, D-N.Y., are expected to meet soon to try to negotiate a resolution that will set out the process for the Senate trial. In recent days, McConnell has also said he is closely coordinating with the White House to plan out a potential trial.

Before Wednesday's impeachment vote, a handful of House members considered "withholding the articles" from the Senate in the wake of increasing talk from Senate Republicans of acquitting Trump in a trial. Senators are expected to serve as impartial jurors in any impeachment trial.

Rep. Jackie Speier, D-Calif., a member of the House Intelligence Committee, said withholding the articles from the Senate would serve as leverage in obtaining witnesses sought by Democrats.

"If you basically have the leader of the Senate saying 'I'm going to negotiate completely with the defendant here' ... that makes a mockery of the whole process," she said.

McConnell previously said he was not an "impartial juror."

The debate comes as Senate Republicans have ramped up talks to hold a quick trial in January that will allow Trump to present a robust defense and would end in his acquittal.