Accessibility links
Boeing 737 Max Production Halt Is Expected To Slow GDP Growth The aircraft giant is the top U.S. exporter, and its decision to suspend production of the 737 Max is likely to ripple through the supply chain. Several analysts project that the move will cut growth. 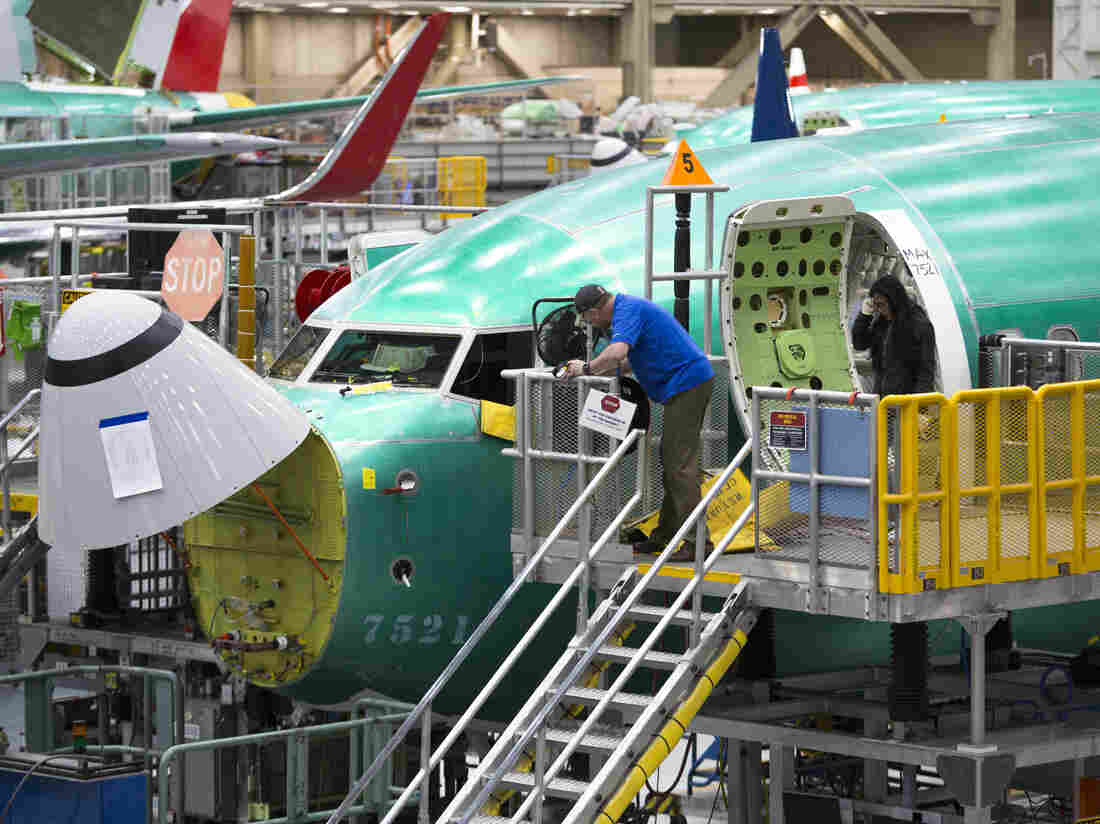 Boeing is the top U.S. exporter, and its decision to suspend production of the 737 Max is expected to ripple through the manufacturing supply chain and bring down economic growth. Jason Redmond/AFP via Getty Images hide caption 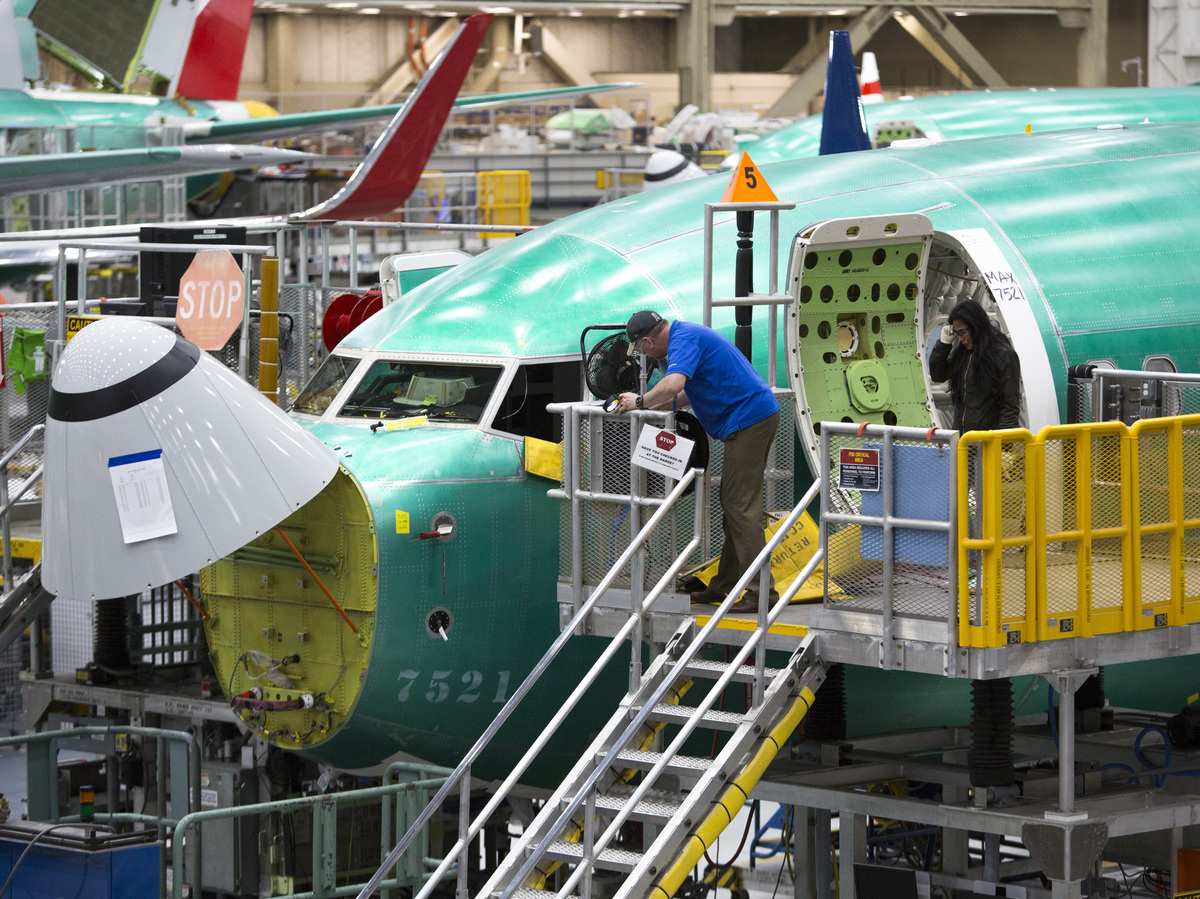 Boeing is the top U.S. exporter, and its decision to suspend production of the 737 Max is expected to ripple through the manufacturing supply chain and bring down economic growth.

If there's one company that can slow U.S. growth to a crawl, it's Boeing.

The aircraft and aerospace giant is so important to the economy — it's the No. 1 exporter — that its decision this week to suspend production of its troubled 737 Max airplane is expected to reverberate throughout the manufacturing sector.

Several analysts project that the move will slash economic growth by half a percentage point and eventually lead to layoffs.

"To some extent, we've already started to see the impact of reduced production at Boeing, and the impact has filtered through to [the overall economy]," says Gregory Daco, chief U.S. economist at Oxford Economics.

Daco estimates that the nation's gross domestic product will be about 0.5 percentage point lower than it otherwise would be during the first three months of 2020 because of the production halt. That view is shared by economists from JPMorgan Chase and Wells Fargo.

Regulators around the world grounded the 737 Max in March, after a total of 346 people were killed in a pair of plane crashes in Indonesia and Ethiopia. Boeing has continued to produce the planes at a reduced rate since then, parking them in facilities in Texas and Washington state.

But on Monday, the company was forced to acknowledge that the plane won't be in the air anytime soon and said it would halt production for now.

Boeing is the largest U.S. exporter by far, and its tentacles reach far into the industrial sector, so the suspension will affect large and small manufacturers in the United States and abroad.

They include General Electric, which makes jet engines, and Spirit AeroSystems, which sells a variety of aircraft parts, as well as many smaller companies.

These suppliers have been mostly insulated from the effects of the crisis because Boeing continued to build the planes. With this week's production halt, their bottom line will take a hit.

"As we go into the first quarter of 2020, the effect will be much larger, primarily because the tens of thousands of suppliers will not be producing as much as they have," says Sung Won Sohn, an economics professor at Loyola Marymount University.

"The sudden suspension of production — bringing production down from 40 planes a month to zero — would actually have a much bigger impact on [economic] growth," Daco says.

While Boeing says it won't lay off workers during the production halt, that could change as the months drag on, he says.

"Some of these employees will be geared toward other parts of Boeing's production chain, but that being said I wouldn't be surprised that as we move into 2020 there will be some layoffs announced," Daco says.

Among those affected by the crisis have been many of the U.S. and foreign airlines that fly the 737 Max, which is by far Boeing's most popular plane.

With large parts of their fleet grounded, carriers such as American and Southwest have been forced to cancel flights this year. Southwest said Tuesday that it would pull the plane from its schedule through April.