Accessibility links
Fiat Chrysler And Peugeot Sign 50-50 Merger Deal The combined company will generate nearly €170 billion ($189 billion) annually, which is projected to be the third-most revenue of any automaker — leapfrogging GM, Ford and other companies. 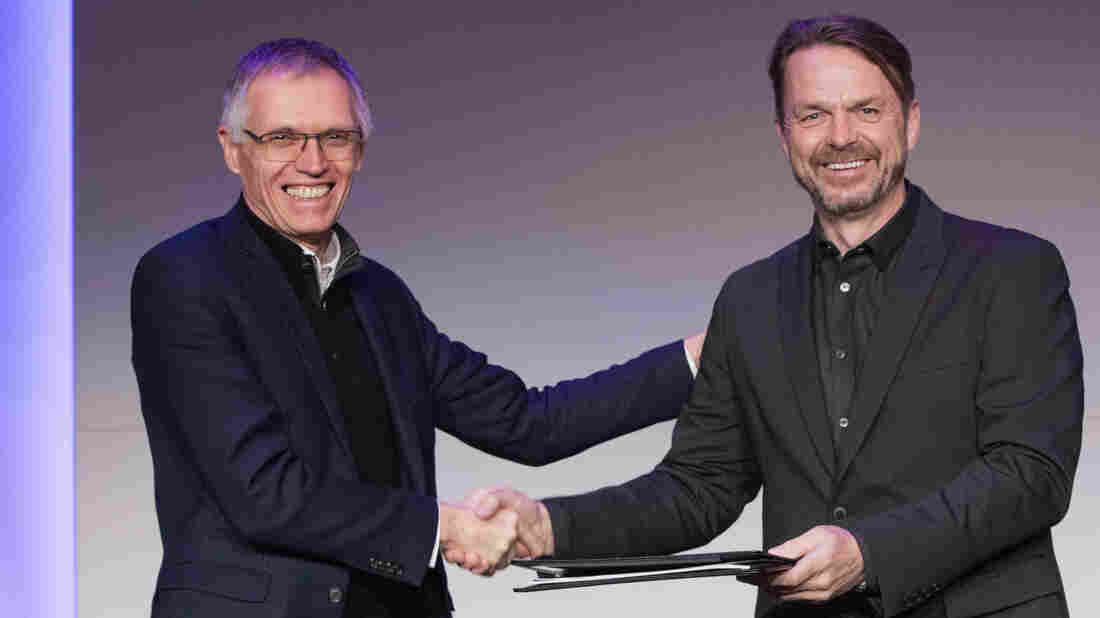 "This is a merger between two healthy companies," Groupe PSA CEO Carlos Tavares said, noting the profitability both Peugeot and Fiat Chrysler have reached after enduring a recession. Groupe PSA hide caption 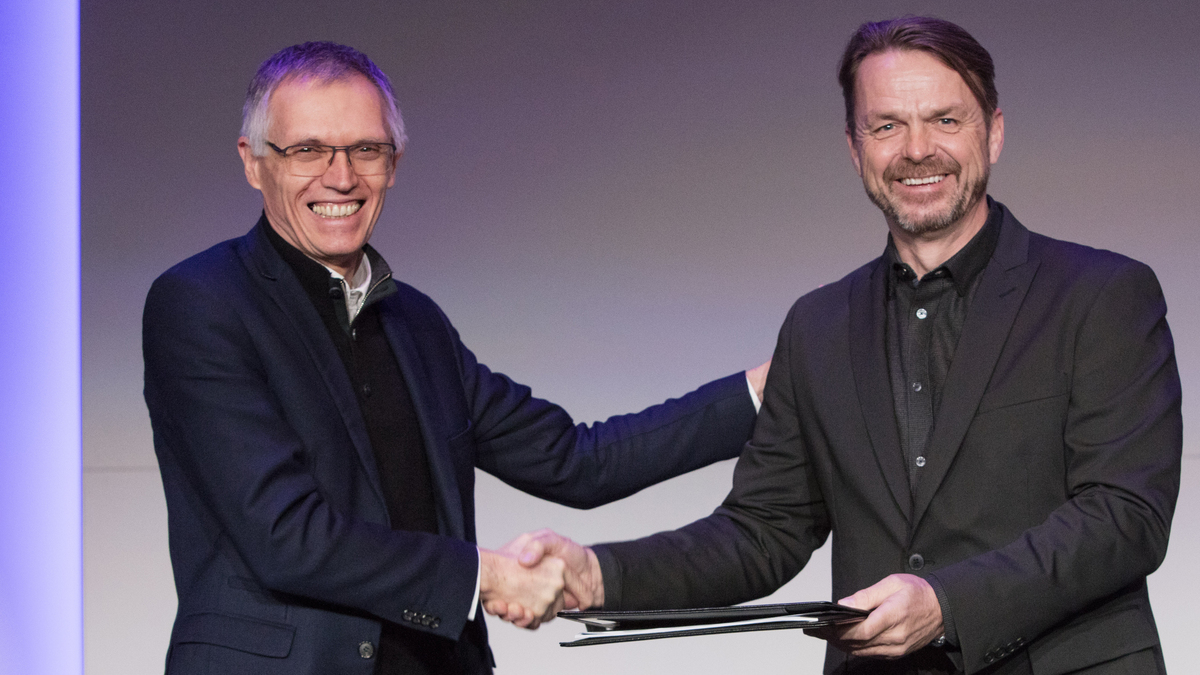 "This is a merger between two healthy companies," Groupe PSA CEO Carlos Tavares said, noting the profitability both Peugeot and Fiat Chrysler have reached after enduring a recession.

Fiat Chrysler and Peugeot are joining forces to create the world's fourth-largest carmaker by volume, signing a 50-50 merger deal that will unite some of the most recognizable automobile brands under one company, from Dodge and Jeep to Maserati, Citroen and Opel.

The combined company will generate revenue of nearly €170 billion ($189 billion) annually, which is projected to be the third-most of any automaker. The merger will allow the two companies, which currently hover around the edge of the world's top 10 car companies, to leapfrog over Honda, GM and Ford in terms of revenue, placing it behind only Volkswagen, Renault-Nissan-Mitsubishi and Toyota.

In the all-stock transaction, shareholders of the two companies will receive stock in the combined firm. As for what the new entity will be called, a spokesperson for Fiat Chrysler says it is "too early in the process to discuss the combined company name."

In a joint press release, the carmakers say they won't be shutting down any auto plants because of the merger. They expect to sell 8.7 million vehicles annually.

With their 50-50 merger, Fiat Chrysler and Peugeot will jump from the edge of the world's top 10 car companies to No. 4 by volume and No. 3 by revenue, passing GM, Ford and Honda: pic.twitter.com/SzTD7fEogG

"Our merger is a huge opportunity to take a stronger position in the auto industry," Tavares says, "as we seek to master the transition to a world of clean, safe and sustainable mobility and to provide our customers with world-class products, technology and services."

"This is a merger between two healthy companies," Tavares says, noting the profitability both Peugeot and Fiat Chrysler have reached after enduring a recession. The challenge now is to make the combined entity more competitive, he adds.

The two companies aim to reduce costs by sharing vehicle platforms, engines and other technologies across their lines. Their combined balance sheet will also reflect their geographic diversity: Because of Fiat Chrysler's strong standing in the Americas and Groupe PSA's standing in Europe, the merged firm expects to collect 46% of its revenues in Europe and 43% in North America.

The new company will be based in the Netherlands — but because of the wide scope of the merger, the transaction isn't expected to be finalized until at least a year from now, as the deal will need approval from shareholders and multiple government agencies.

Fiat Chrysler currently has its corporate headquarters in Amsterdam, while Groupe PSA is based outside of Paris. Their new parent company will be listed on stock exchanges in Paris, Milan and New York City.