Accessibility links
Sen. Susan Collins Of Maine Announces She Will Seek Re-Election The moderate Republican will face an important test when President Trump's impeachment trial begins in the Senate. Collins has not indicated how she plans to vote.

Susan Collins Of Maine Announces She Will Seek Reelection

Susan Collins Of Maine Announces She Will Seek Reelection 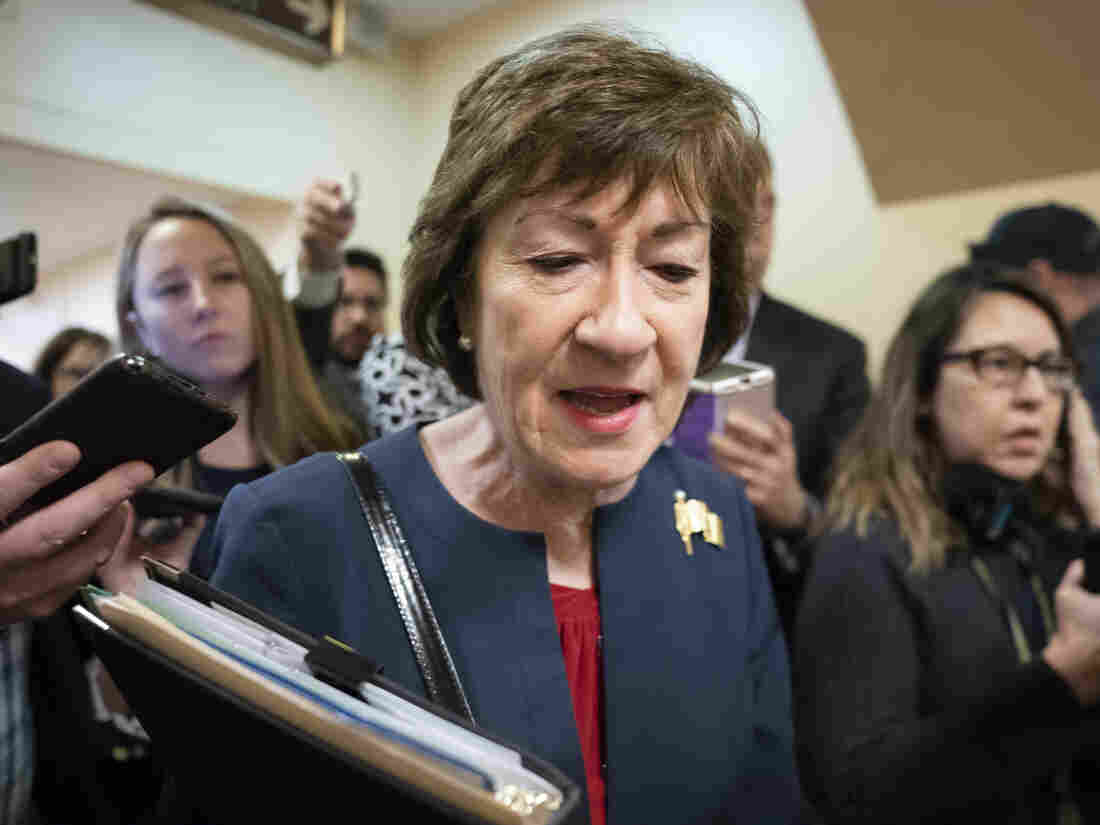 Sen. Susan Collins (R-Maine) announced on Wednesday that she will seek reelection, hoping to win a fifth term as New England's only GOP member in the Senate. J. Scott Applewhite/AP hide caption 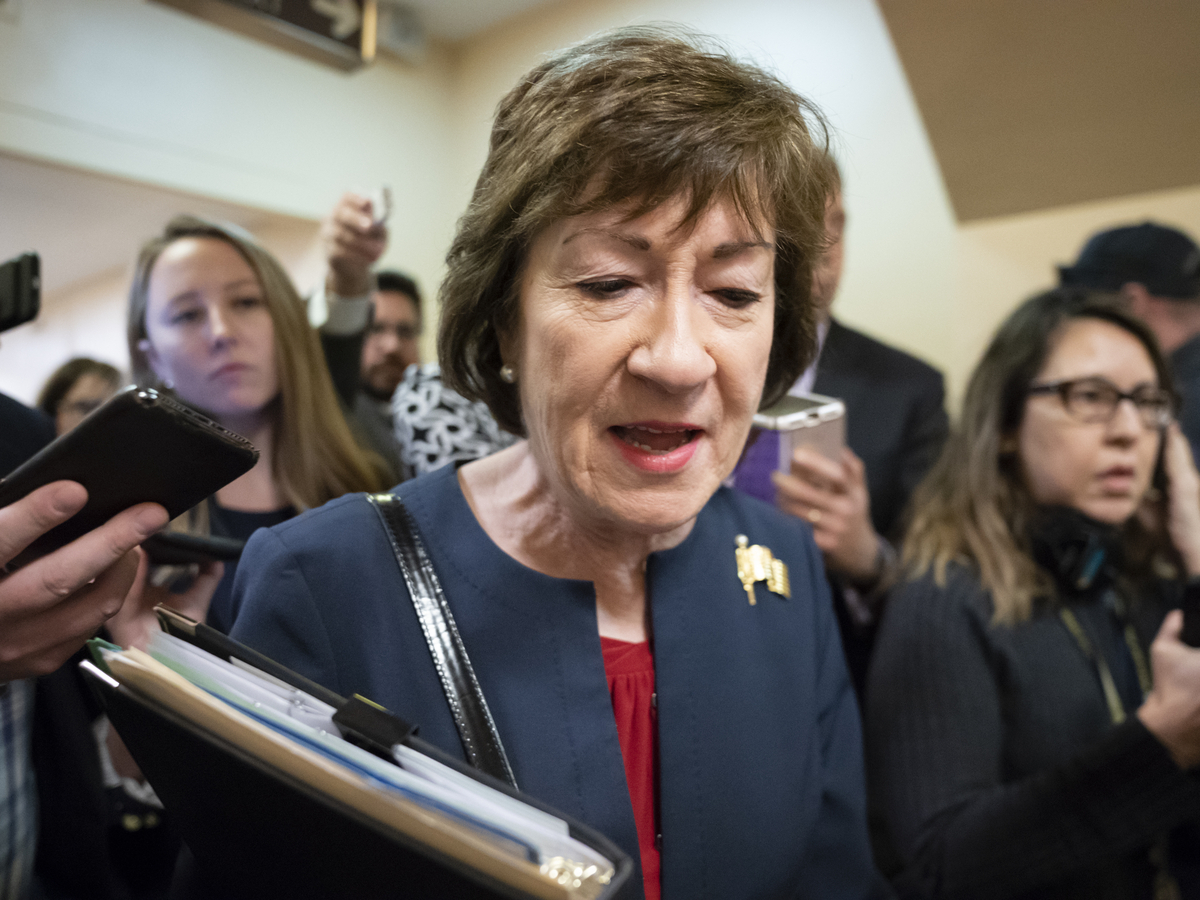 Sen. Susan Collins (R-Maine) announced on Wednesday that she will seek reelection, hoping to win a fifth term as New England's only GOP member in the Senate.

Sen. Susan Collins, the Maine Republican who is one of the few members of her party willing to buck President Trump, announced Wednesday she would seek reelection. Her announcement comes the same day the U.S. House of Representatives began debate on impeaching the president.

"The fundamental question I had to ask myself in making my decision was this: In today's polarized political environment, is there still a role for a centrist who believes in getting things done through compromise, collegiality, and bipartisanship?" Collins said in an email to reporters. "I have concluded that the answer to this question is 'yes' and I will, therefore, seek the honor of continuing to serve as Maine's United States senator."

The news that Collins, 67, will launch a bid for a fifth term came a day after she told NPR that she was undecided on whether to convict Trump in a potential Senate trial, which could start as soon as next month, over his conduct with Ukraine.

"I have not made up my mind," Collins, one of 100 U.S. senators who would serve as jurors in the president's Senate trial, told NPR. "And I think it would be inappropriate for me to have made up my mind before I hear the presentations from both sides."

Collins could face a tough reelection. Americans remain deeply divided over impeachment and a host of other hot-button political issues. Although Collins has carried her state's tradition of political independence in the Senate, she has been assailed by her constituents in Maine for her vote to confirm Supreme Court Justice Brett Kavanaugh, despite her self-identification as an abortion-rights supporter. Critics to her left have also attacked Collins for her opposition to the Affordable Care Act, aka Obamacare, and for backing the Republican-sponsored tax cut, a measure that liberals criticize as a giveaway to the rich.

Collins' role as a juror in Trump's impeachment trial will be closely watched. Unlike some of her Republican colleagues, who have said they will not be impartial in the process, Collins has repeatedly said she has an open mind.

"I think it's important not to prejudge the facts of the case or the evidence that is presented," Collins told NPR.

Her announcement Wednesday that she will try to stay New England's only Republican U.S. senator comes hours before the House is poised to impeach the president on charges that he obstructed Congress and abused power. That move would set up a January trial in the Republican-controlled Senate, a process that is expected to acquit Trump.

In her remarks to supporters, Collins acknowledged the political polarization of the moment, presenting herself as a someone who can work to build consensus.

"To say that these are difficult and contentious times is most certainly an understatement," she said. "But our country has confronted much more challenging times in our history."

At least four Democrats are expected to face off to win their party's nomination in order to face Collins in November 2020. Collins will enter the race with an $8.6 million reelection war chest, and she is running television ads statewide portraying herself as an independent, bipartisan senator.