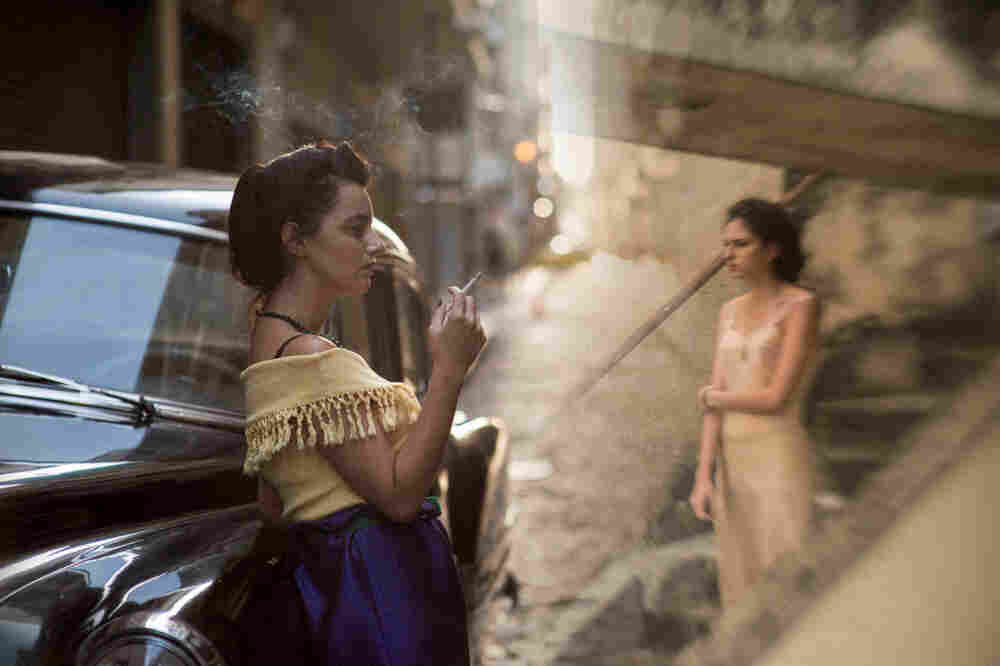 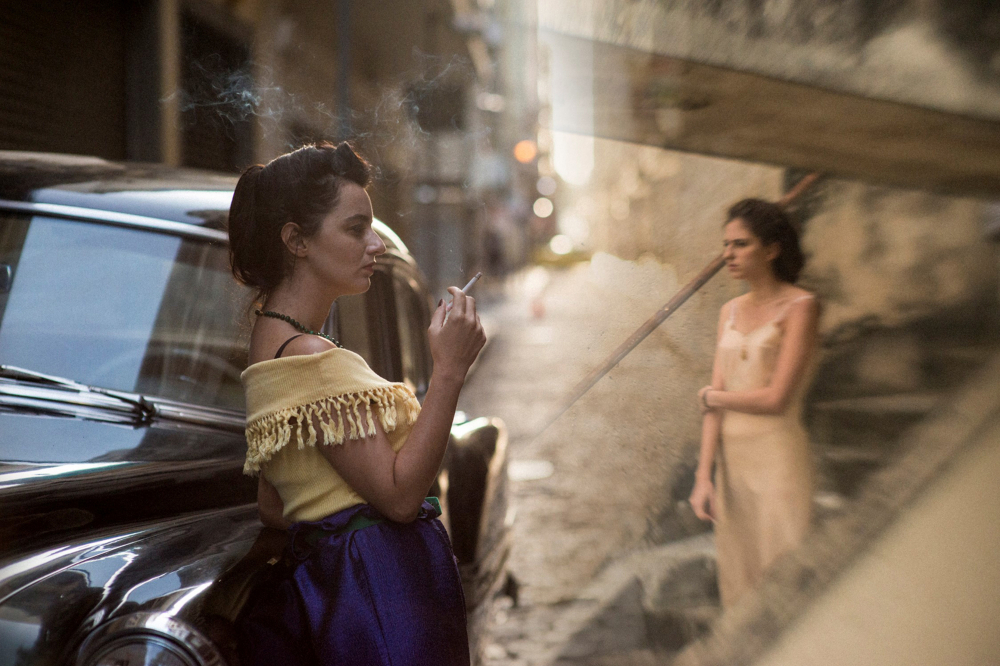 A melodrama to its high-strung core, Karim Aïnouz's Invisible Life is rich in outsized emotions, most of them pouring out of two devoted young Brazilian sisters forcibly separated through the multiple follies of their authoritarian father. If love — sisterly, carnal, maternal, you name it — blazes on the front burner of this intermittently gratifying tale (based on a 2005 novel by Martha Batalha) of domestic woe, destructive patriarchy marches right along behind, ready to stomp on the slightest push for female autonomy or self-definition.

The curtain rises on a cramped Rio de Janeiro household in the early 1950s, where fantasies of escape seethe within sensual 20-year-old Guida (Julia Stockler) and her younger, taller, more cerebral sibling Euridice (Carol Duarte). Two blowsy, fine-boned beauties with clouds of black hair and intense dark eyes, each in her way is avid for freedom from traditions that bind them to dependence on the whims of their father or the bourgeois spouses he chooses for them.

Guida, a good-time girl looking for love and sex, takes off with a feckless Greek sailor, only to return home all but barefoot and heavily pregnant. In her absence Euridice, her lifelong ally and a gifted pianist with plans to attend a music conservatory, has been married off against her will to a stolidly unimaginative postal worker (Gregorio Duvivier) who thinks he owns her. Guida is thrown out on the street by her rigidly appearance-conscious father (António Fonseca), who with his aghast but submissive wife (Flávia Gusmão ) gazing mutely on, also tells his wayward daughter that her sibling has taken off for Europe for good.

Rio Throws A Party For The World, Kicking Off The 2016 Olympics

Their long separation and the one-way epistolary chain that chronicles one sister's longing for reunion with the other, becomes the scaffolding that holds together the separate struggles of each to survive and realize her dreams, with neither one of them aware that the other lives close by. While Euridice fights to keep her ambitions alive amid the demands of parenting and marriage to an insecure man, Guida must cobble together a female community that sustains her as a single parent and a worker in a manual job commonly done by men.

Ainouz, who made the 2002 drama Madame Satã, lights his sets with a warm, primary-colored richness that calls to mind the films of Pedro Almodóvar. There are lovely moments of grace — Euridice dangles her long legs in a swimming pool as she contemplates the possible failure of her plans; Guida tenderly ministers to a beloved companion who's dying of cancer. When the two sisters cross paths in town with a hint of the other's presence, the movie takes on the tantalizing echo of a strange fairy tale rich in serendipity.

In Almodóvar, though, extremity is pursued less to sustain belief in plot than to heighten common emotions of aspiration, joy, and grief into soaring universality. Lacking the Spanish filmmaker's antic celebration of eros, his sympathy for tragedy in his characters of all genders, his poised control over mood and habitat, Aïnouz takes cover in unrelenting hysteria. Hitching an absorbingly domestic scenario to a broader polemic against Brazilian patriarchy whose currency he sees as primarily sexual, Aïnouz floods the women's every sexual encounter — a rape in one form or another — with a male brutality that borders on sadism. Male boorishness and female over-excitement are ladled on to a visceral degree that strains belief and, worse, makes us want to look away. Traducing genuine suffering as mere histrionics (even the scaling of a fish becomes an excuse for violence), Aïnouz unnerves and alienates where he might illuminate.

In its subtler scenes of delight and sadness, its moments of kindness to men imprisoned themselves by tradition, Invisible Life offers loving and perceptive tribute to Aïnouz's mother and her generation of strong but stymied women. Notable among them is an eleventh-hour treat with the galvanizing appearance of the great Brazilian actress Fernanda Montenegro (Central Station). It would ruin everything if I told you whom she plays — or her role in a moment of transfiguring, deep solace.